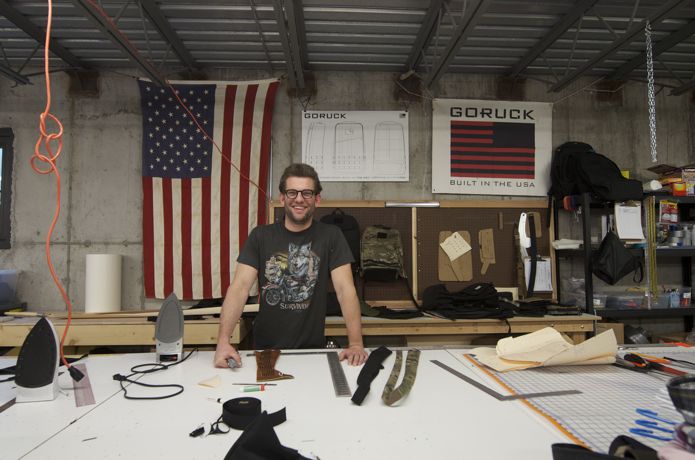 Jack is an artist, and a lover of beauty. Ask him and he’ll show you in a song or a poem, a dance or a serenade. Shakespeare is never out of the question, and neither is Buffalo Bill. Yup, that Buffalo Bill. You never know what you’re gonna get other than a smile and a laugh. And lucky for us, he’s had his hand in creating everything we’ve ever made at GORUCK. For example, GR1: we sketched draft after draft of that in his apartment in the East Village in 2009. He and I always had this idea that GORUCK gear should function just as well in Baghdad as New York City. The inside joke is that I was Baghdad and he was New York City. And somehow it’s worked. And somehow that’s GORUCK. And somehow we still don’t hate each other, which isn’t bad for two guys that have been best friends for 20 years. 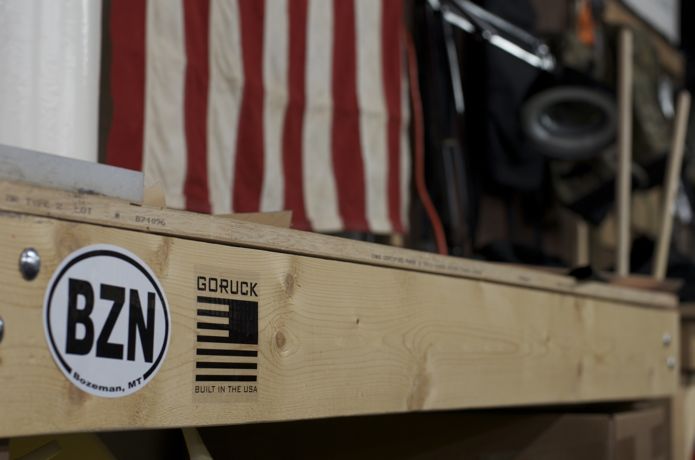 In early 2011 when Jack moved to Bozeman, we wanted the GORUCK Garage to become a manufacturing mecca, and for us to have hundreds of sewers there by now. But the bottom line is that it hasn’t happened (though we love the people we do have). Manufacturing is a tough business — way tougher than I anticipated. Life usually works that way when you have theories only to find out that reality doesn’t care. I say all this with sincerity and humility built on all the mistakes I’ve made. 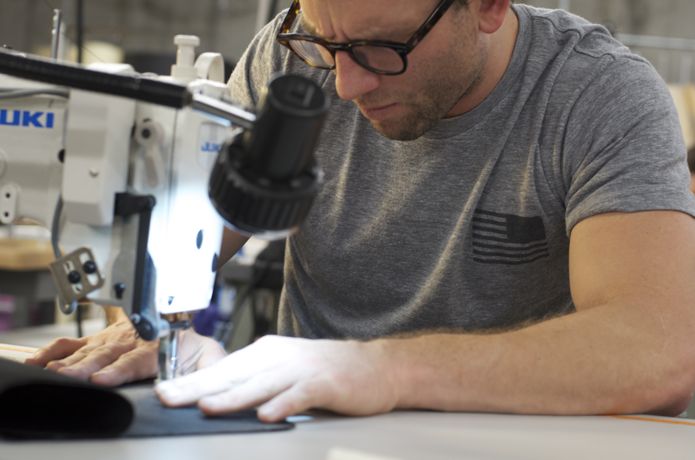 I still don’t know how to sew anything, but it doesn’t stop me from asking stupid questions about why we can’t be better, and faster, and hire more American workers more quickly. Everyone who works at GORUCK will laugh when they read this, but it’s my philosophy of more. The full philosophy is more-better-gooder-faster and it applies to everything GORUCK. This philosophy has one important caveat, though: quality cannot and will not suffer as a result. No matter what. The choice to date for us has been either fast or excellent. And we always choose excellent over fast. But the philosophy of more is resilient and is slowly — yes, a contradiction — giving us license do do both: fast and excellent. 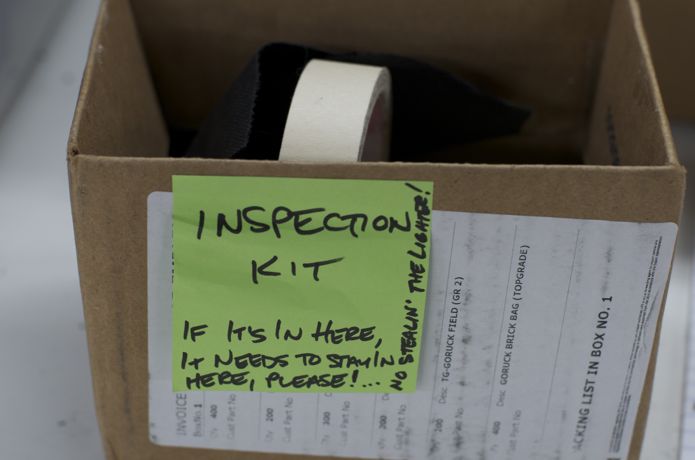 We have two grades at GORUCK: A or F. And A- rounds down. I got an F (no rounding down required) for my plan to grow our own farm team of sewers quickly enough to meet demand. Eventually someone else (Lovely you know who you are) came in with a system to find and develop the  best contract sew shops in America. Yes, this also creates American jobs. No, it wasn’t my initial vision. Aka welcome to life. Most of these shops have had significant US military contracts in the post 9/11 world, and they’ve become experts of scale and efficiency. Sewing for the military, you get used to the idea that you’re making gear, not art. Well, back to the Baghdad/NYC thing, our gear is also art. The shops we found weren’t ready for us right off the bat, but as is always the case in life, if you hold people to a higher standard and you enforce that standard with a smile, they respect you for it. It takes a little longer to get going, and we’re grateful they stuck it out with us. The conclusion in all of this is that you can’t hope for a culture of quality, you have to demand it. Because for us, everything that bears our name must meet our standards. No matter if we make it in house or one of our contractors makes it. If it’s GORUCK, it’s ours. 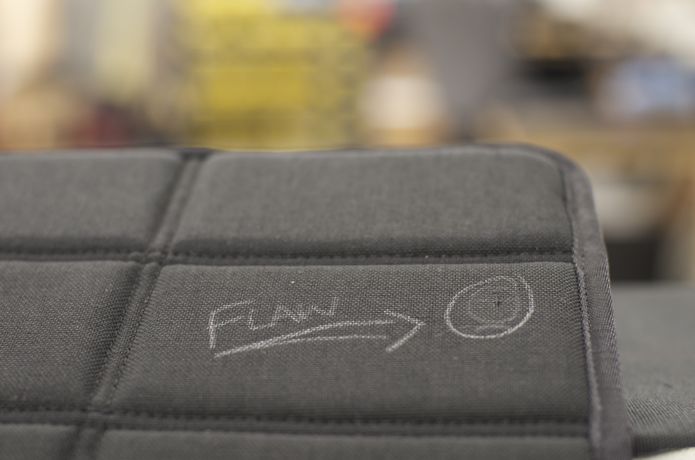 So what goes on in Bozeman, then? It’s our R&D shop, which means all new products originate here and our team works on them until they meet our standards. Then we send the final prototype and patterns to one of our contract shops to produce en masse. Another very fair question is why this R&D process takes us forever. Insert something about a violation of the philosophy of more. I could continue to talk about our standards and our commitment to quality and our requirement to test everything in the GORUCK Challenge before releasing it. All true. However, the other truth is that our people who could be designing new gear have had to do other things. Like help contract sew shops, and our own sewers, learn how to do our rucksacks and other gear to our standards. Life’s a tradeoff, and it’s less fun sometimes to build a foundation than it is to create new stuff. But a good foundation sure is a nice thing to have in life. 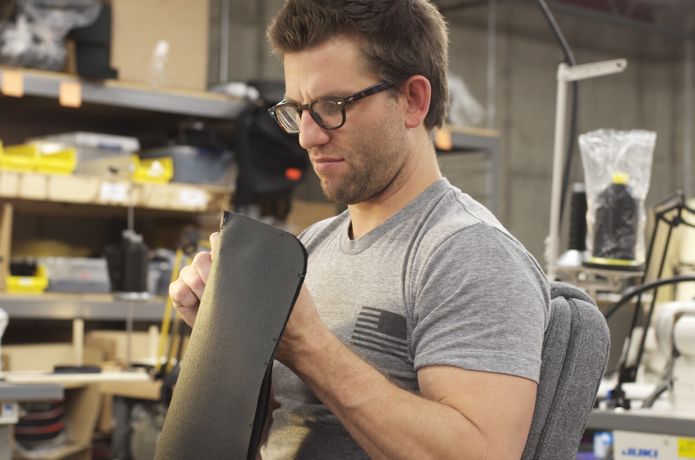 In this transition process of Bozeman’s role, Jack tried to learn to sew, thinking he would pick it right up like everything else he’s ever done in life: hunting, tennis, basketball, bartending, etc. However, his one man band Jack’s Disbelief started playing gigs all the time. He sings about failure and difficulty and unrequited love. And in that process he earned a title: the worst sewer in Bozeman. 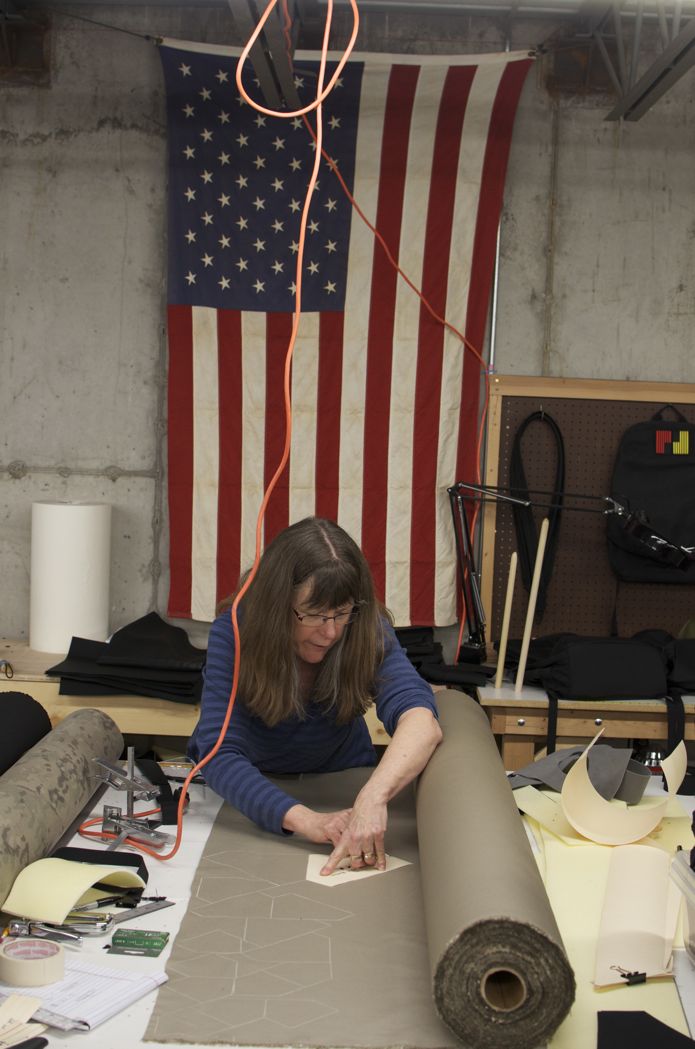 Luckily, we have people who can actually cut patterns and sew anything. Like Mojo above, who’s been sewing for (dare I say) almost 50 years. The band is called Magic in Montana, and all our sewers play in it. 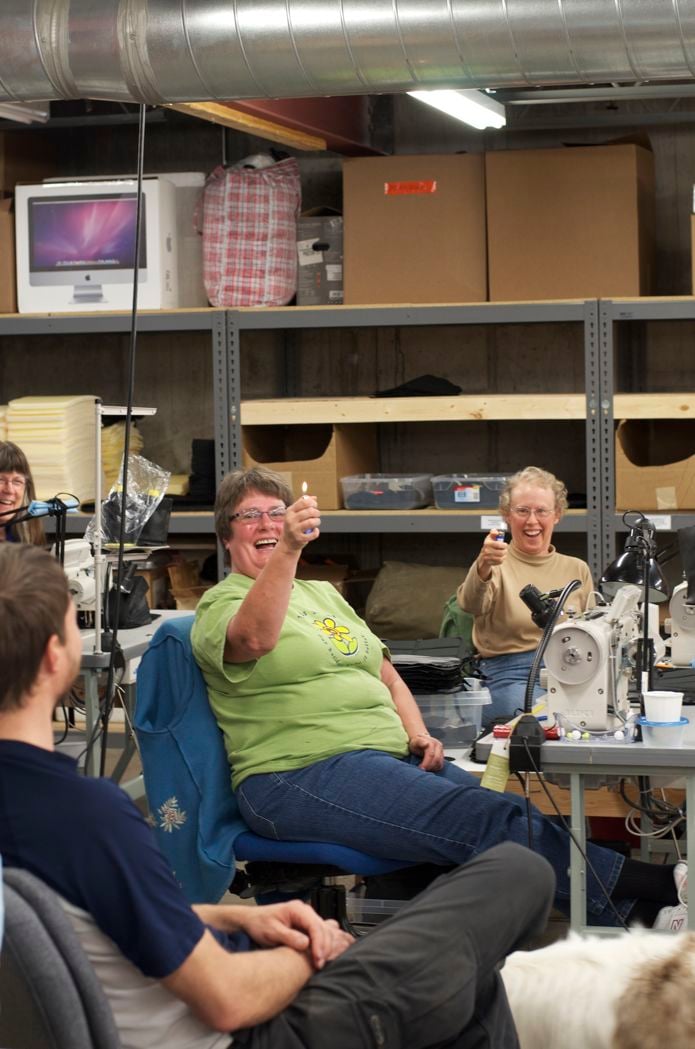 Magic in Montana have no problem raising a lighter to the end of Jack’s Disbelief. Yeah, his one man band broke up and was told that music I mean sewing wasn’t his thing. So he swallowed his pride and went back to an oldie but a goodie: quality control. 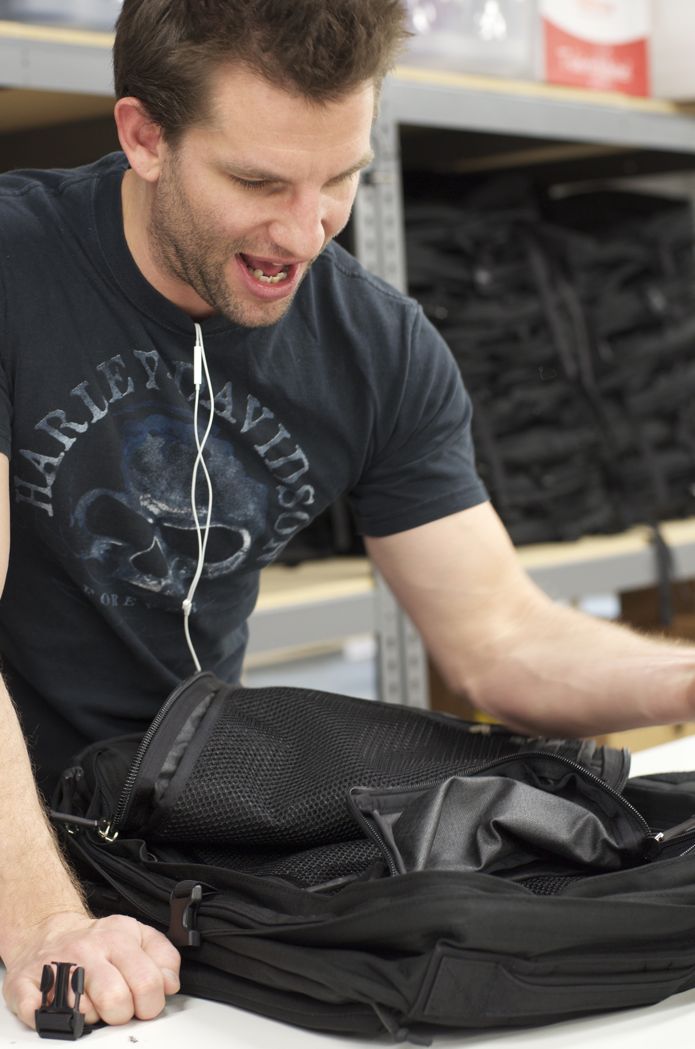 The whole you never know what you’re gonna get with Jack thing is pretty much a rule. And before you know it, while he’s rocking out to Audioslave or something —  he starts thinking about our patches. And he’s in Montana, land of Montana leather, and he decides we’re going to make leather patches. 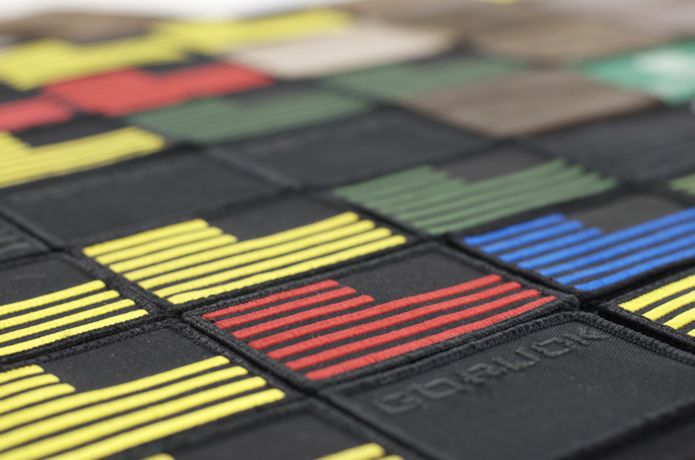 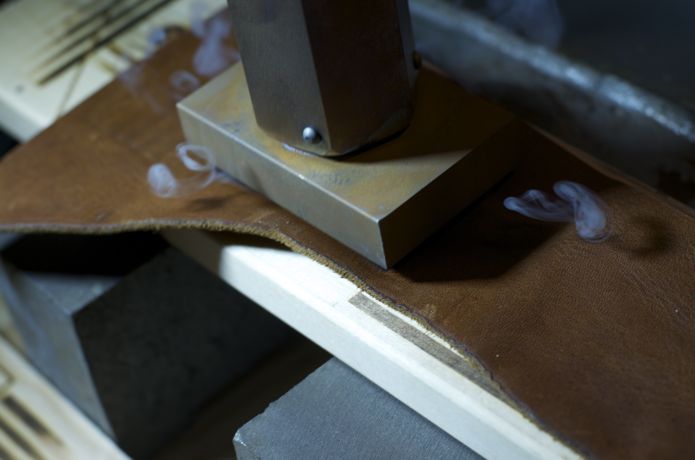 So he figures out how to source the leather, click out perfect 2″ x 3″ pieces, brand them and then have Magic in Montana sew Velcro to the back. 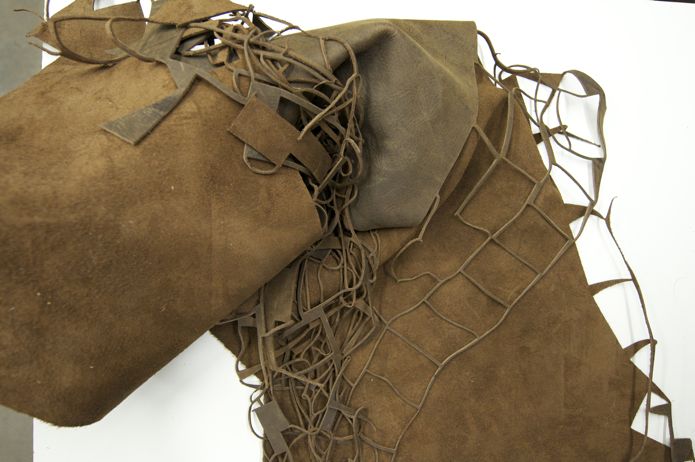 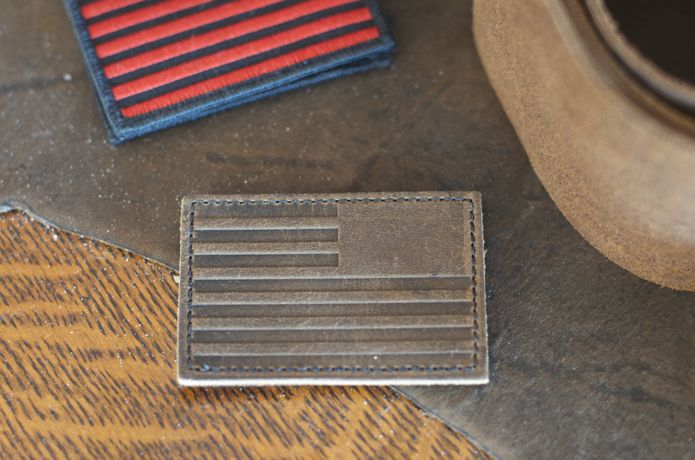 And bam! we have leather patches. Well done, now maybe play some shipping and handling for a while till you think of something else for Magic in Montana to do. 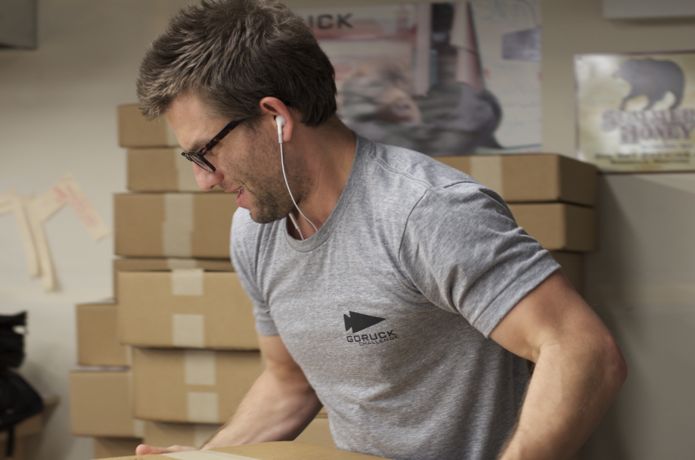 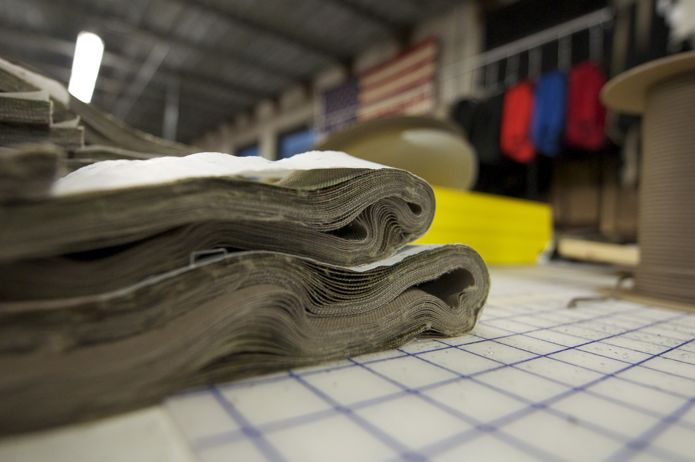 And then there it was, a stack of Cordura lying around like always. And Jack feels inspired and artistic and all that creative guy stuff and starts to think that if he ever had to wear a tie, he would want to wear a GORUCK tie, and it would have to be tough and cool. So a while later he’s got Magic in Montana busy on their next big project. 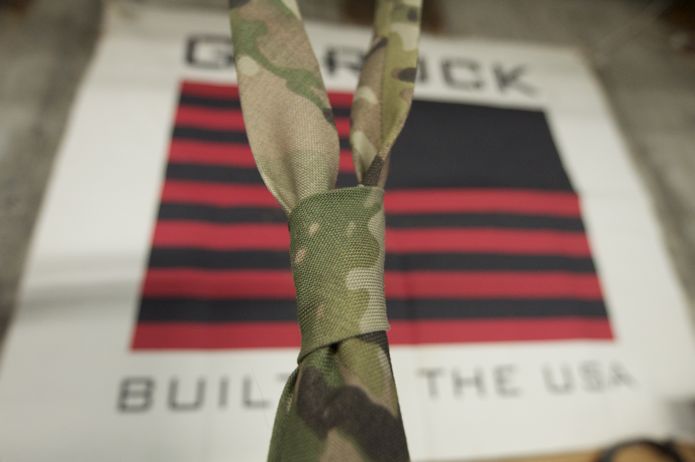 And while I can promise a lot more of the philosophy of more in terms of new gear and everything else GORUCK in the coming years and God willing decades, there will always be room for surprises and new ideas. They might even come from a guy who got kicked off the magic team only to start writing a play called the philosophy of magic. 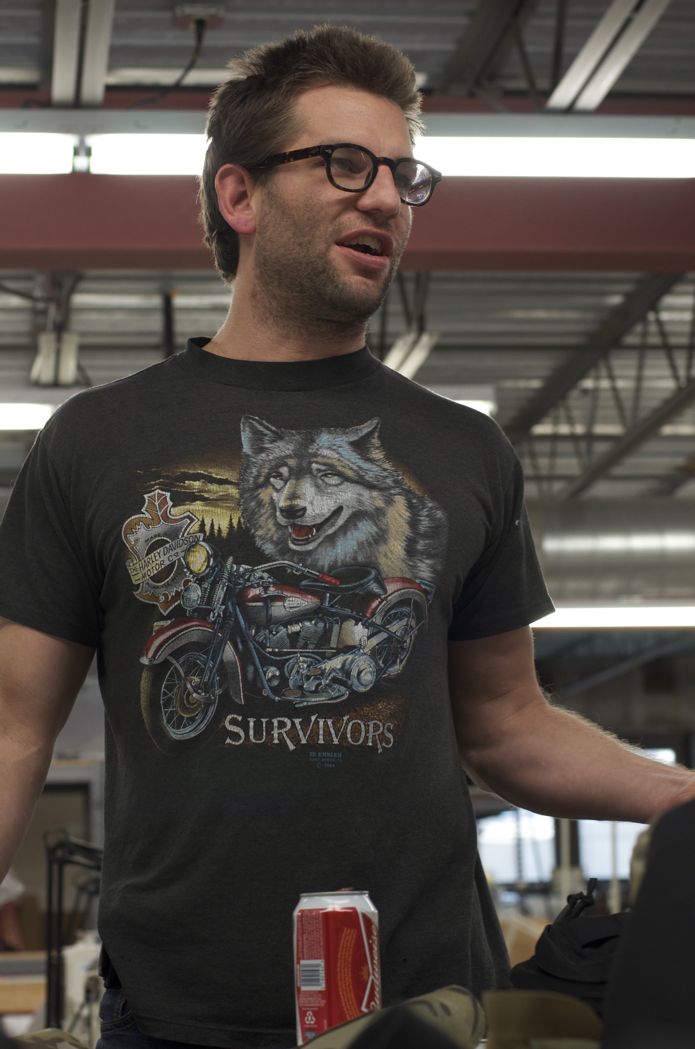