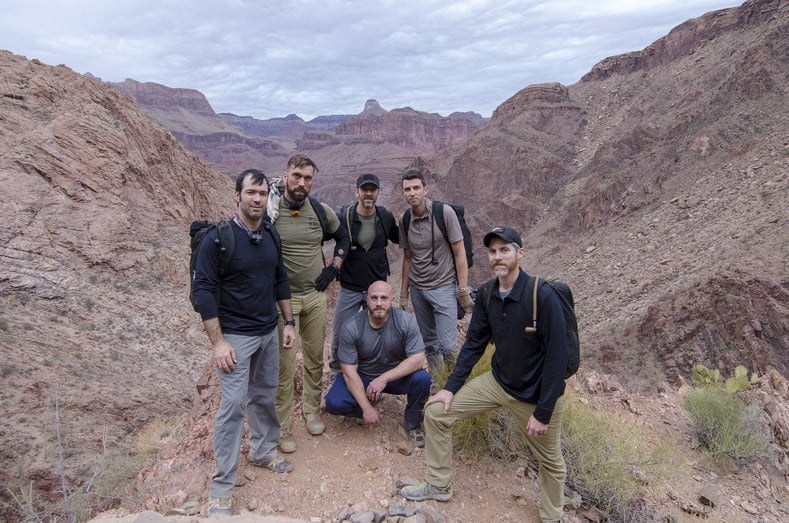 If we couldn’t make this trip happen, then why in the hell did we fight in the first place?

Though almost everything in our lives has changed since we took off the military uniform, our reasons for fighting will always remain the same – our country and our friends. Ask just about any combat veteran and they’ll give you the same answer. War is a complex and convoluted thing, filled with lots gray where you’d hoped to find black or white. However, when you’re way out at the business end of Uncle Sam’s spear, life can get pretty simple. You care first about protecting your team, and next about protecting this beautiful little experiment that we call America.

The guys I served with, like most veterans, are incredibly capable and exceedingly selfless. And when they shed their camouflage, they didn’t just stop being that way. Like the Greatest Generation of our grandparents, they came home and went to work; capably and selflessly serving their families, businesses, and fellow veterans at every possible opportunity. But here’s the thing, the warrior spirit never completely fades away. It’s woven into the fabric of every man and woman that has taken up arms to defend that which they hold dear. You can try to put it on a shelf or stuff it down to the bottom of your psyche, but it will always be there, yearning for adventure and calling out for kindred spirits.

The warrior spirit never completely fades away.
It will always be there, yearning for adventure
and calling out for kindred spirits.

Years removed from our wars, my buddies and I decided that we need to answer the call. We’d fought for each other. We’d fought for this great country. It was time to reconnect with both. And so, we set off on a two-day ruck through the Grand Canyon – two strenuous days with some of the best people and landscapes that America has to offer. 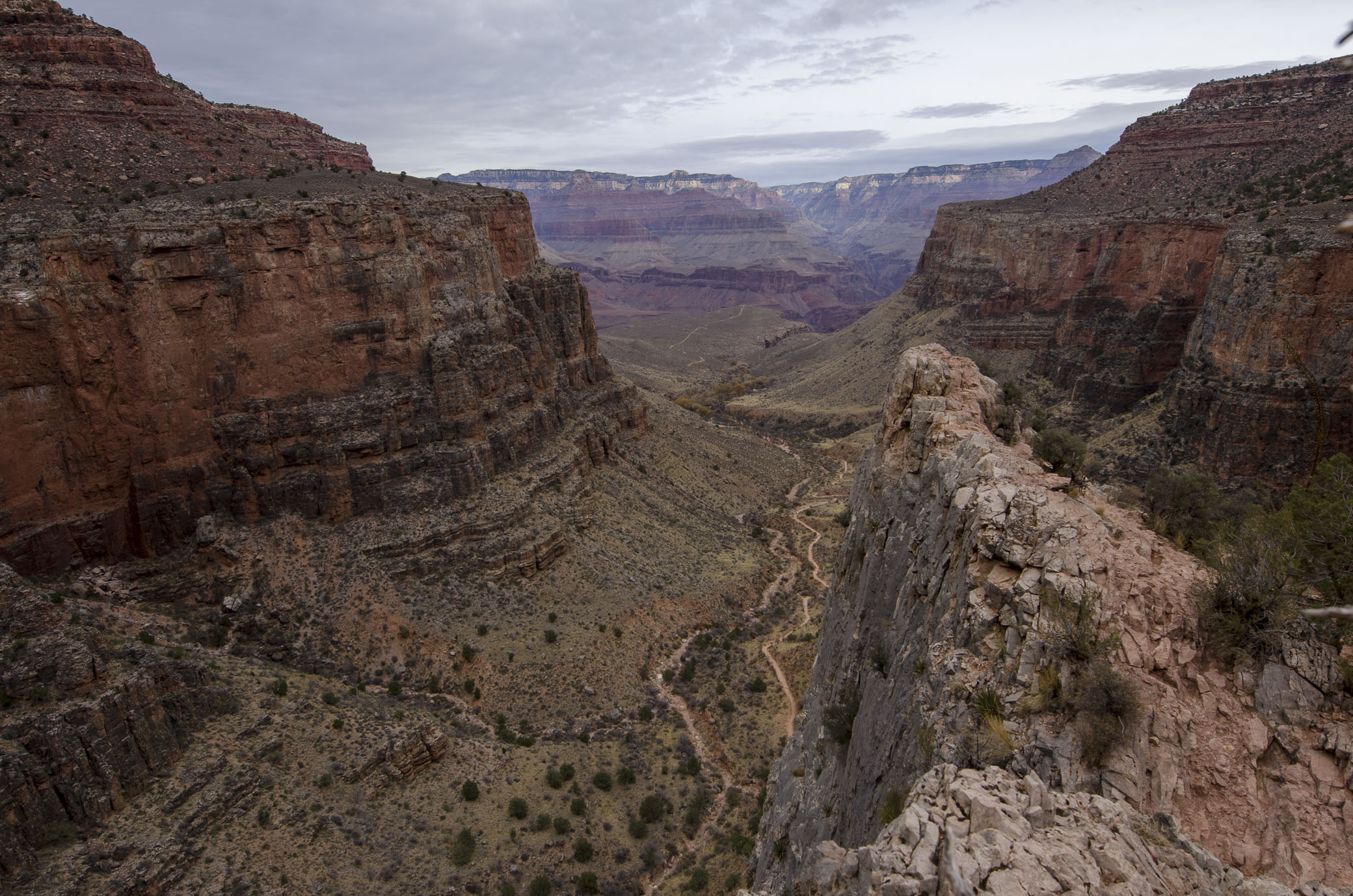 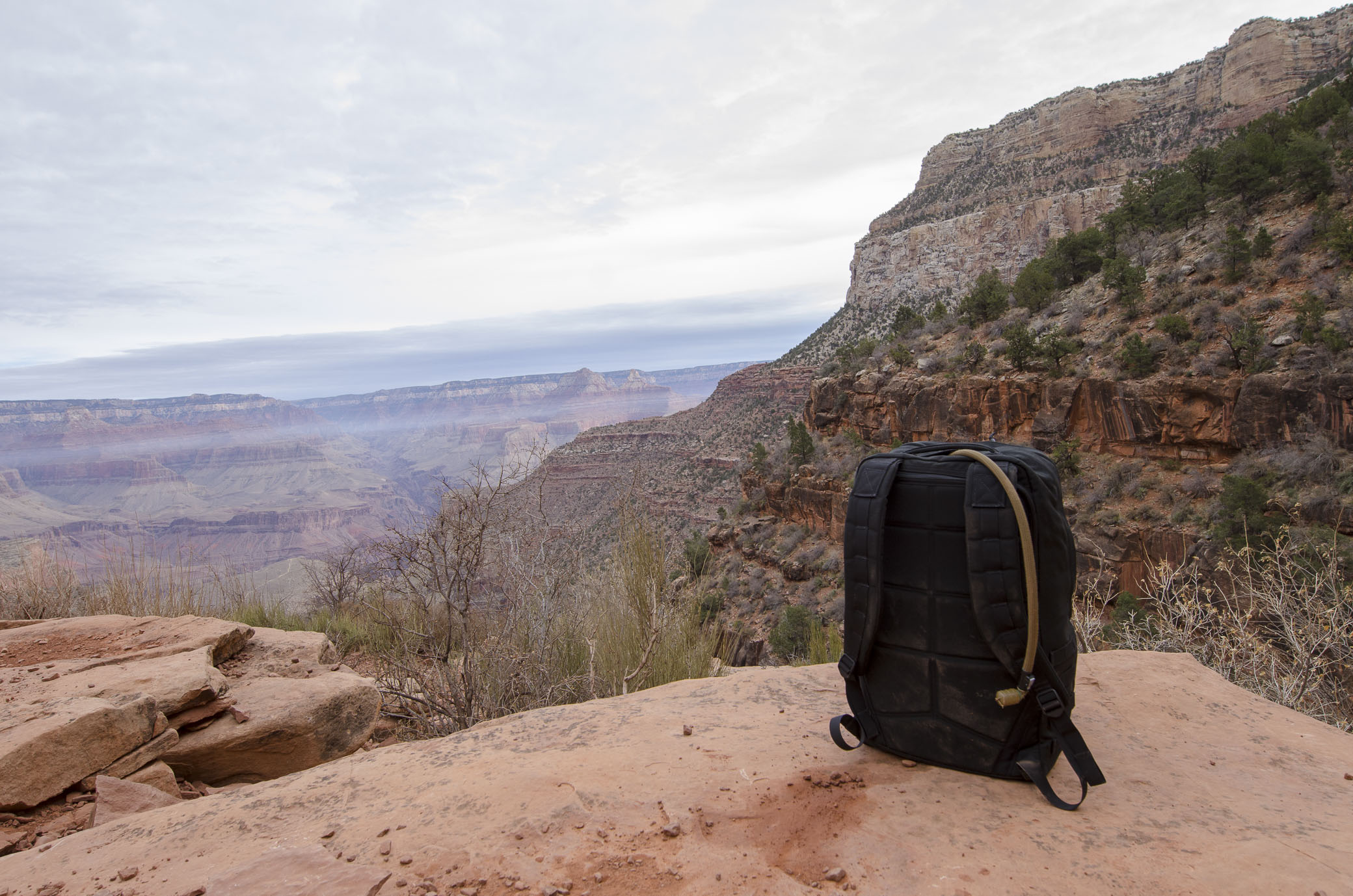 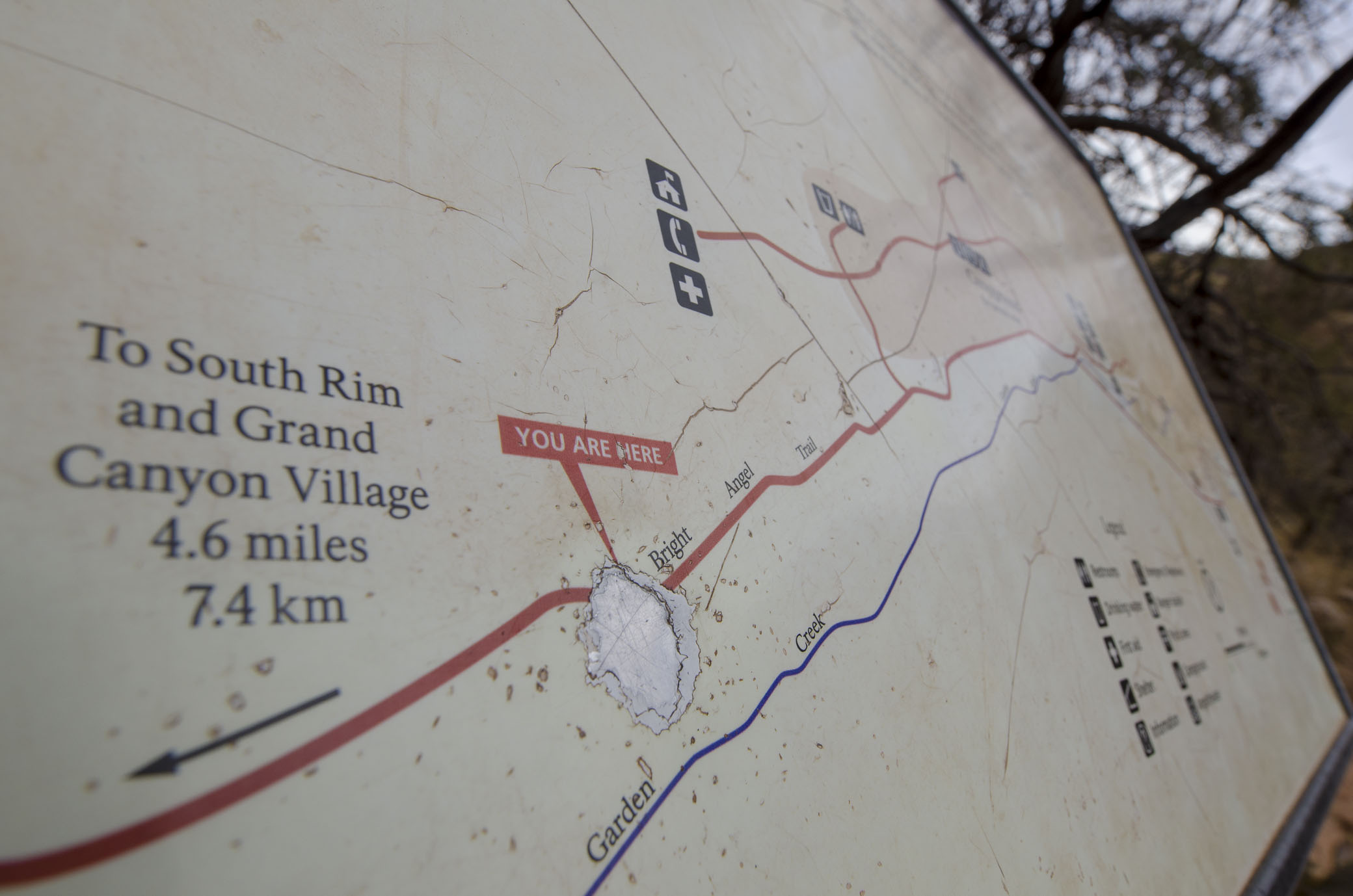 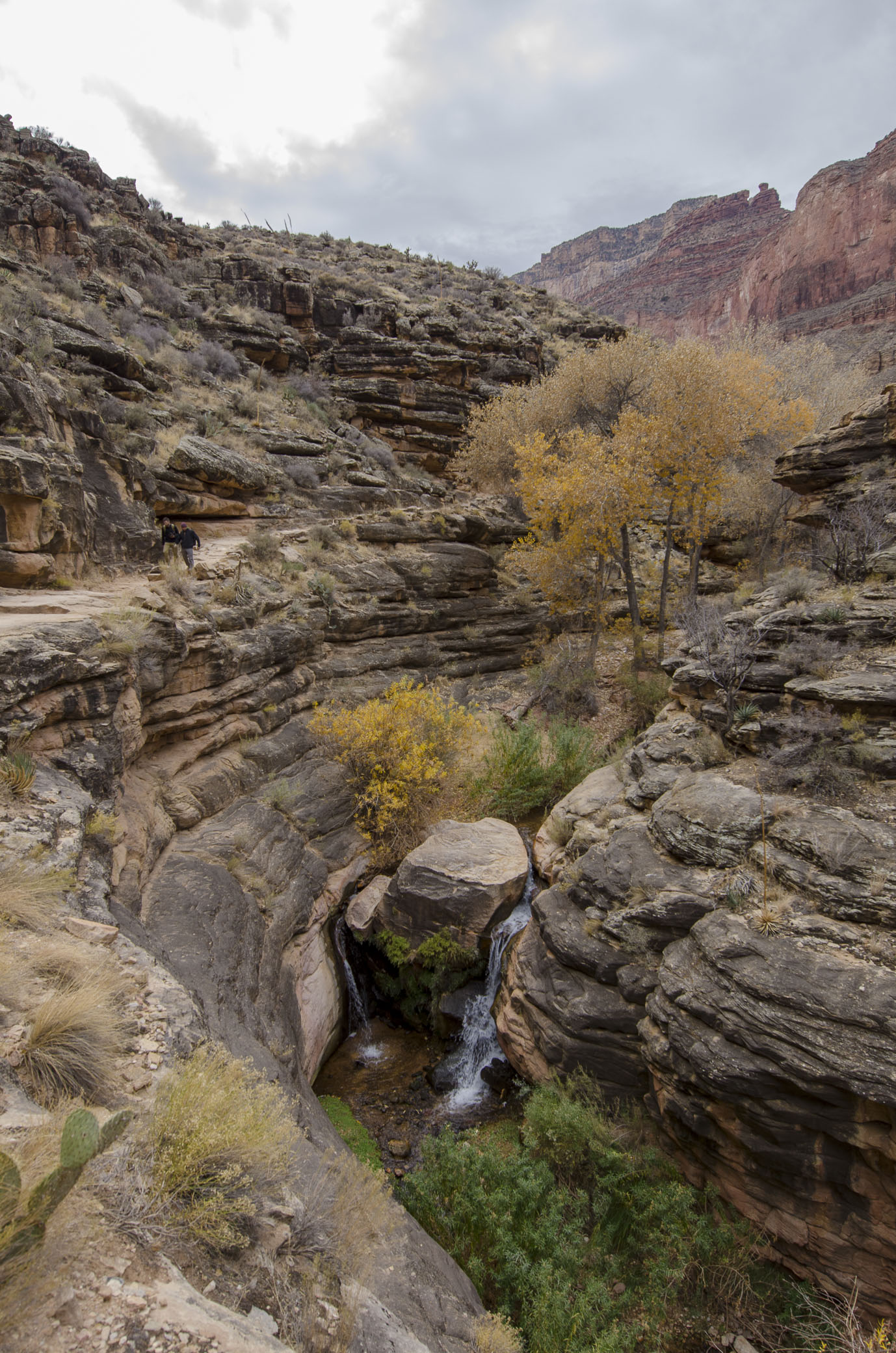 To be honest, just seeing everyone at the Las Vegas airport was probably the most impactful part of the trip. The fact that these men, all of whom have plenty of grown up responsibilities, booked tickets to fly out to the desert and participate in this half-cocked adventure meant more to me than I could ever express. Not all of these guys even knew each other, but after about 10 minutes of being in a van together, you’d never have guessed it. Five hours of jokes, jabs, and insults later, we were setting up camp on the freezing cold South Rim. It was perfect. Seven guys standing around a fire, drinking beer, laughing, shivering, and happy as hell to be there. 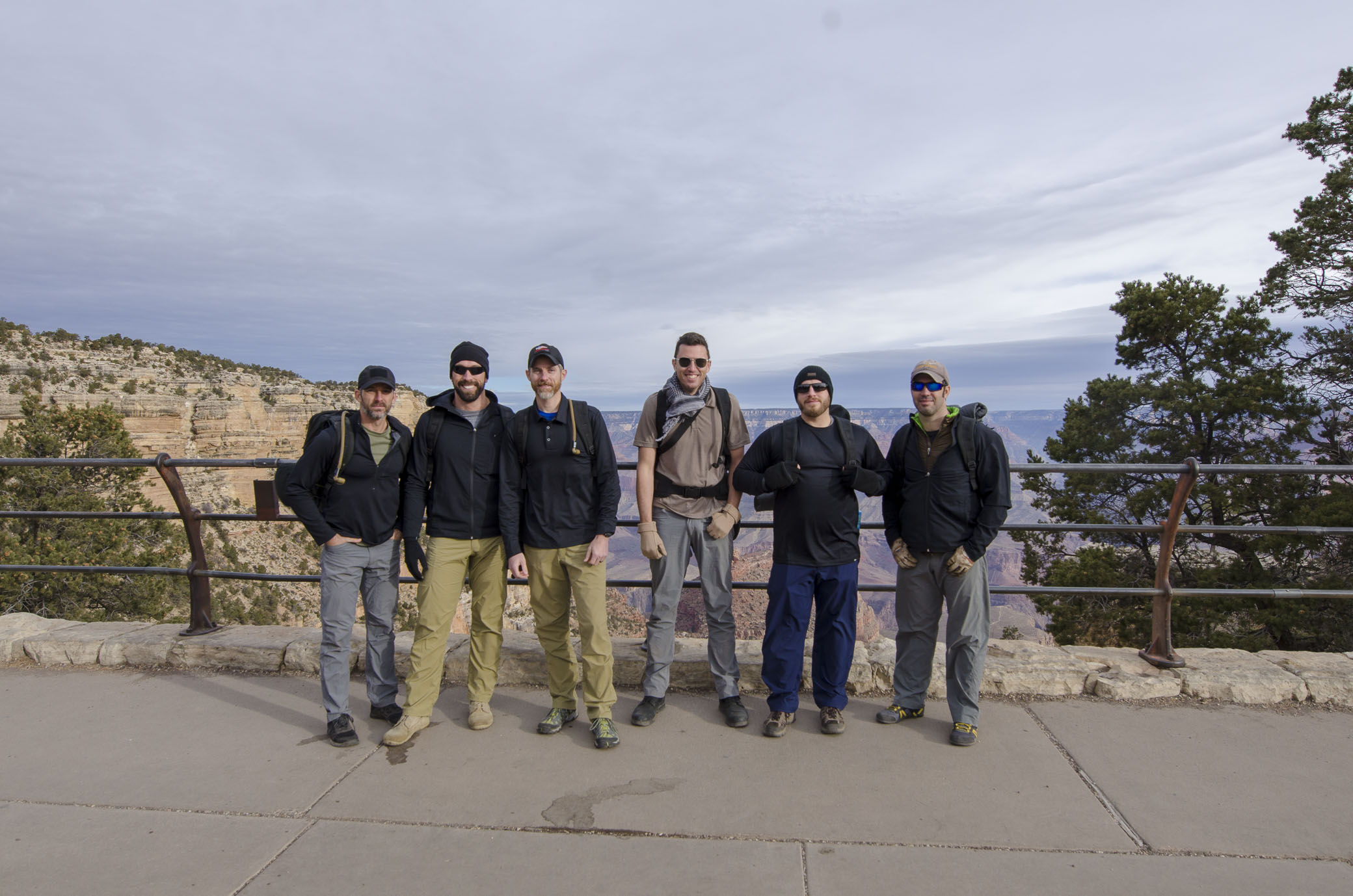 By the time the sun came up, we’d drank half our beer, eaten all of our sausage, and still weren’t exactly sure what route we were taking or how far we were going. It didn’t really matter. After a quick stop at the ranger station, we decided on a route and stepped off down the Bright Angel trail. 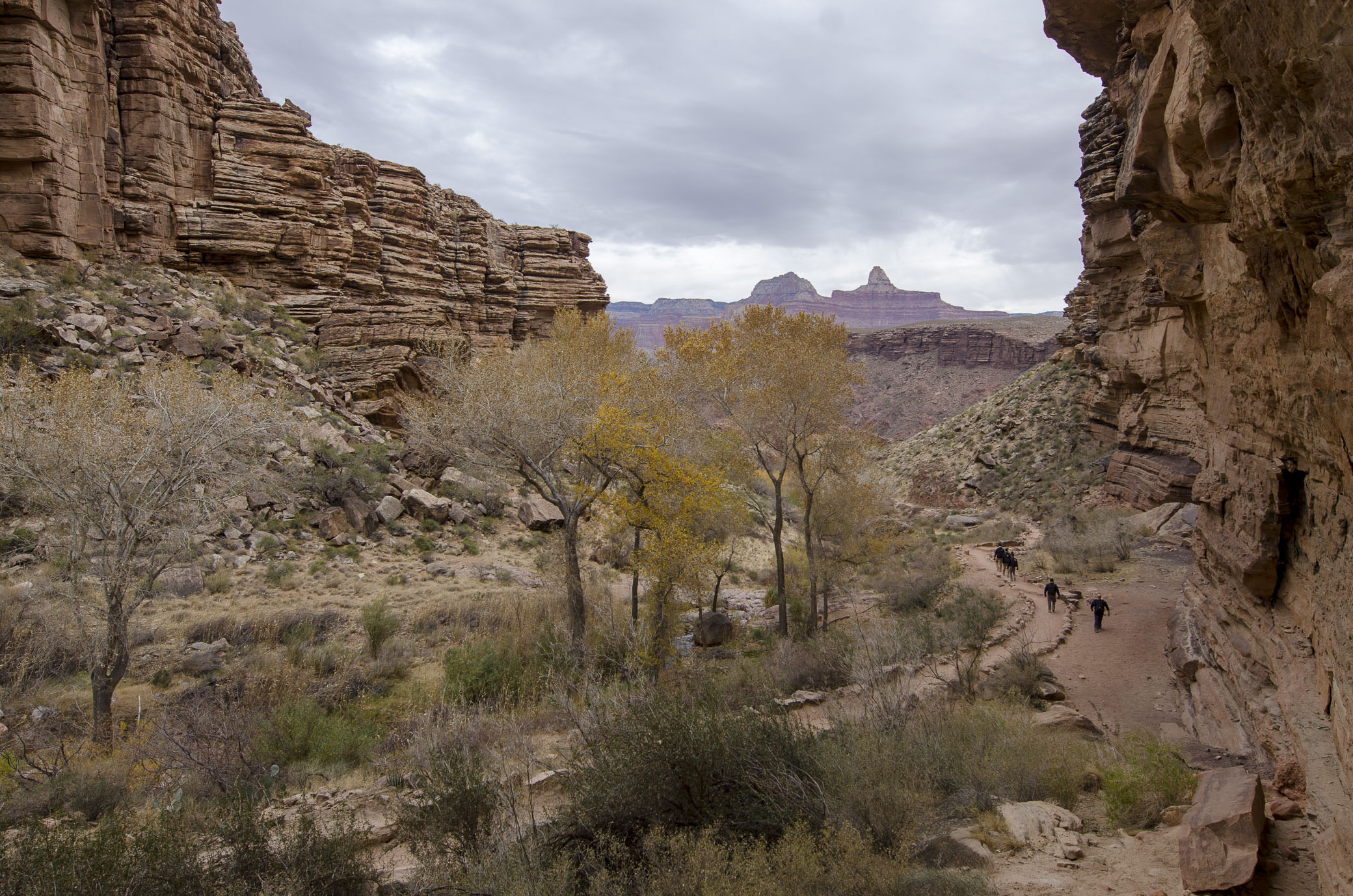 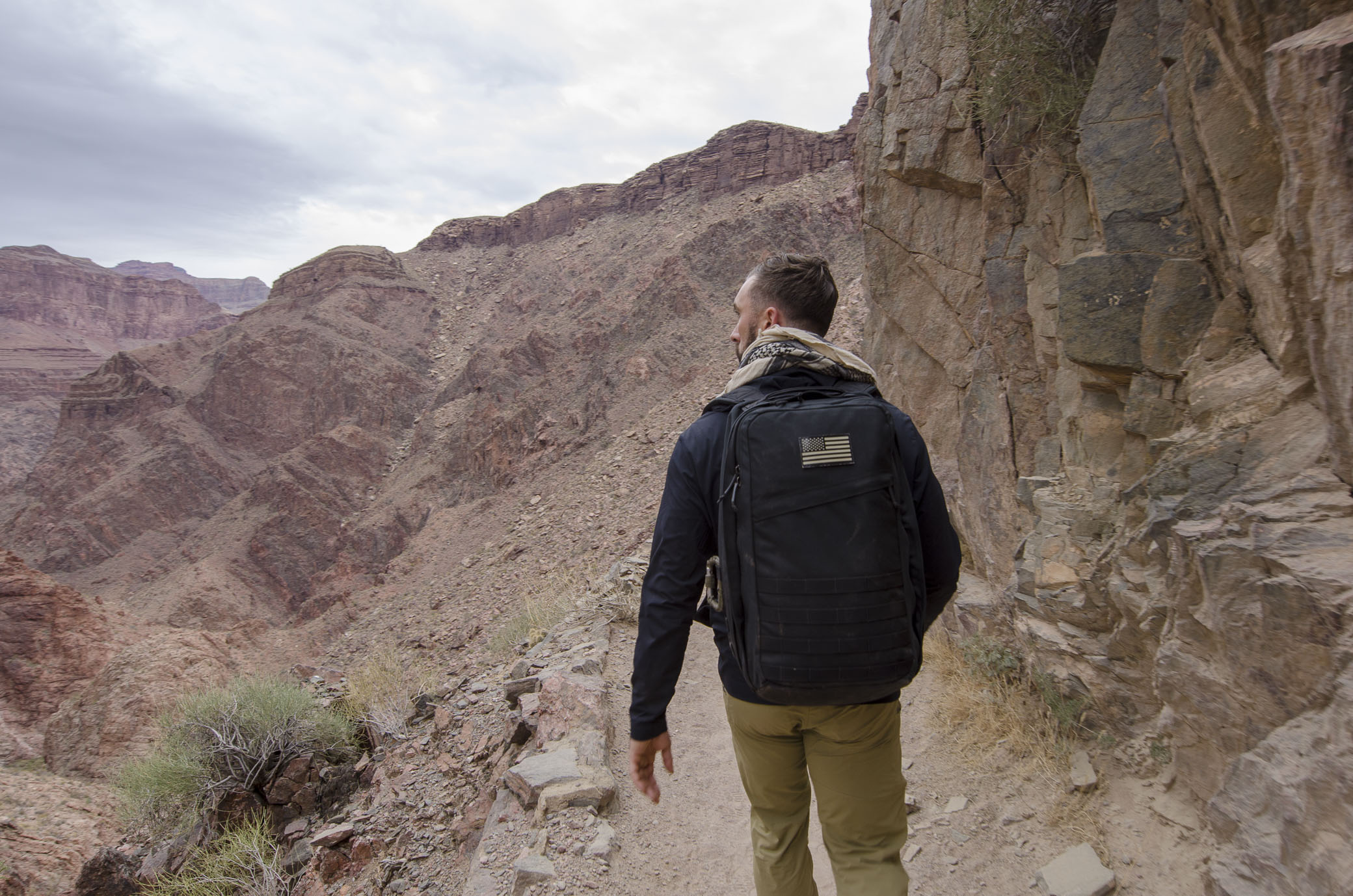 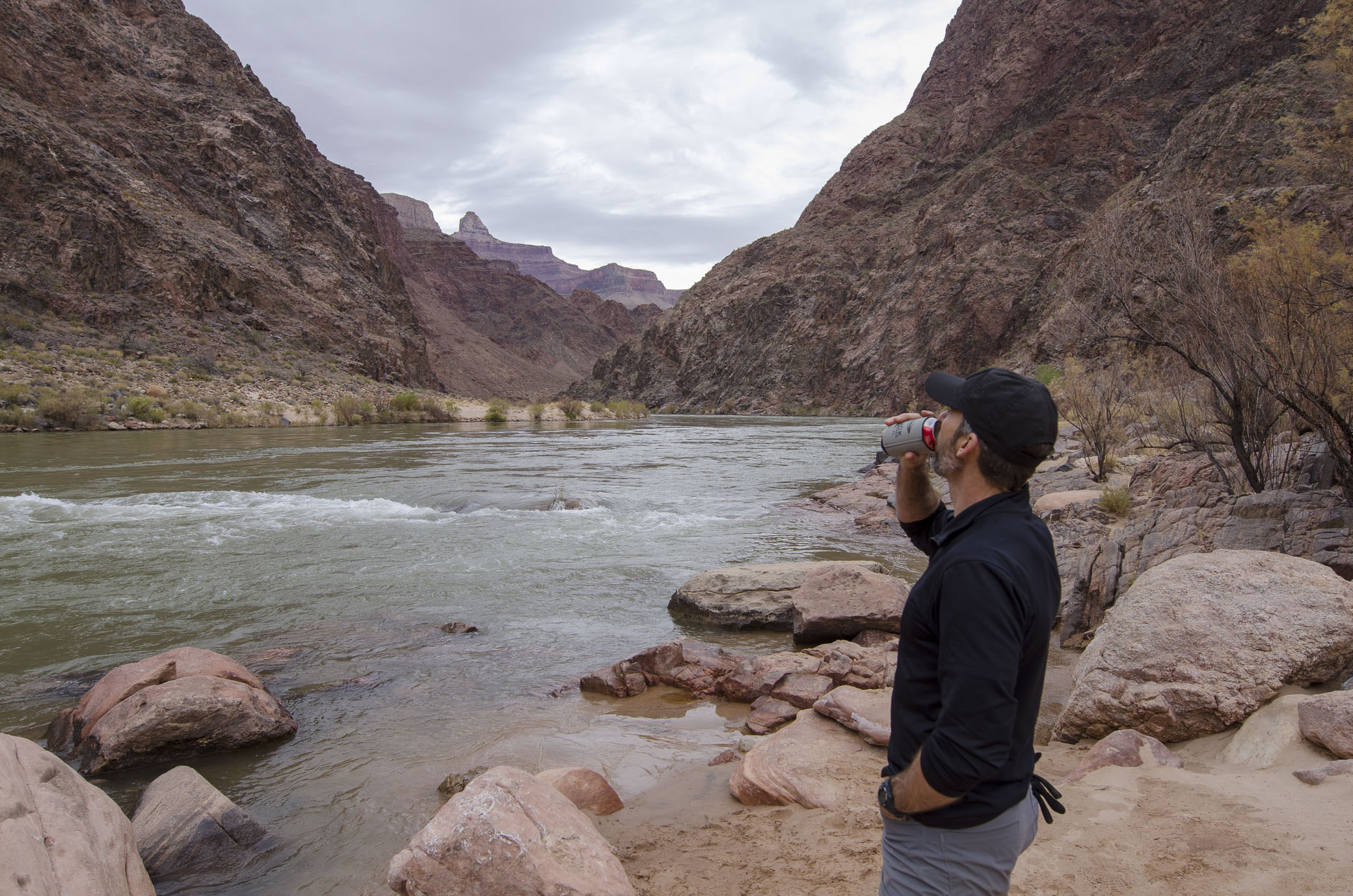 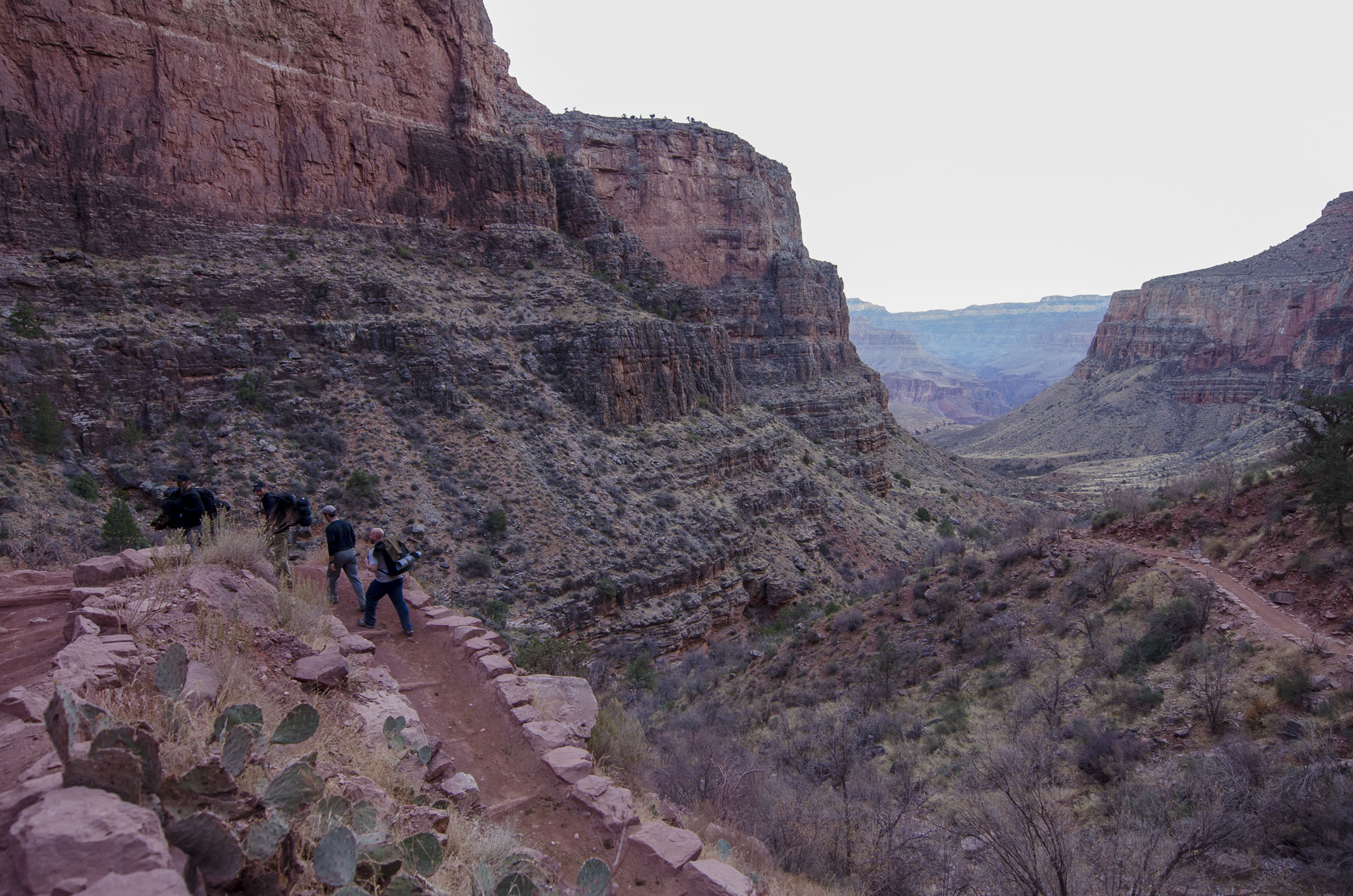 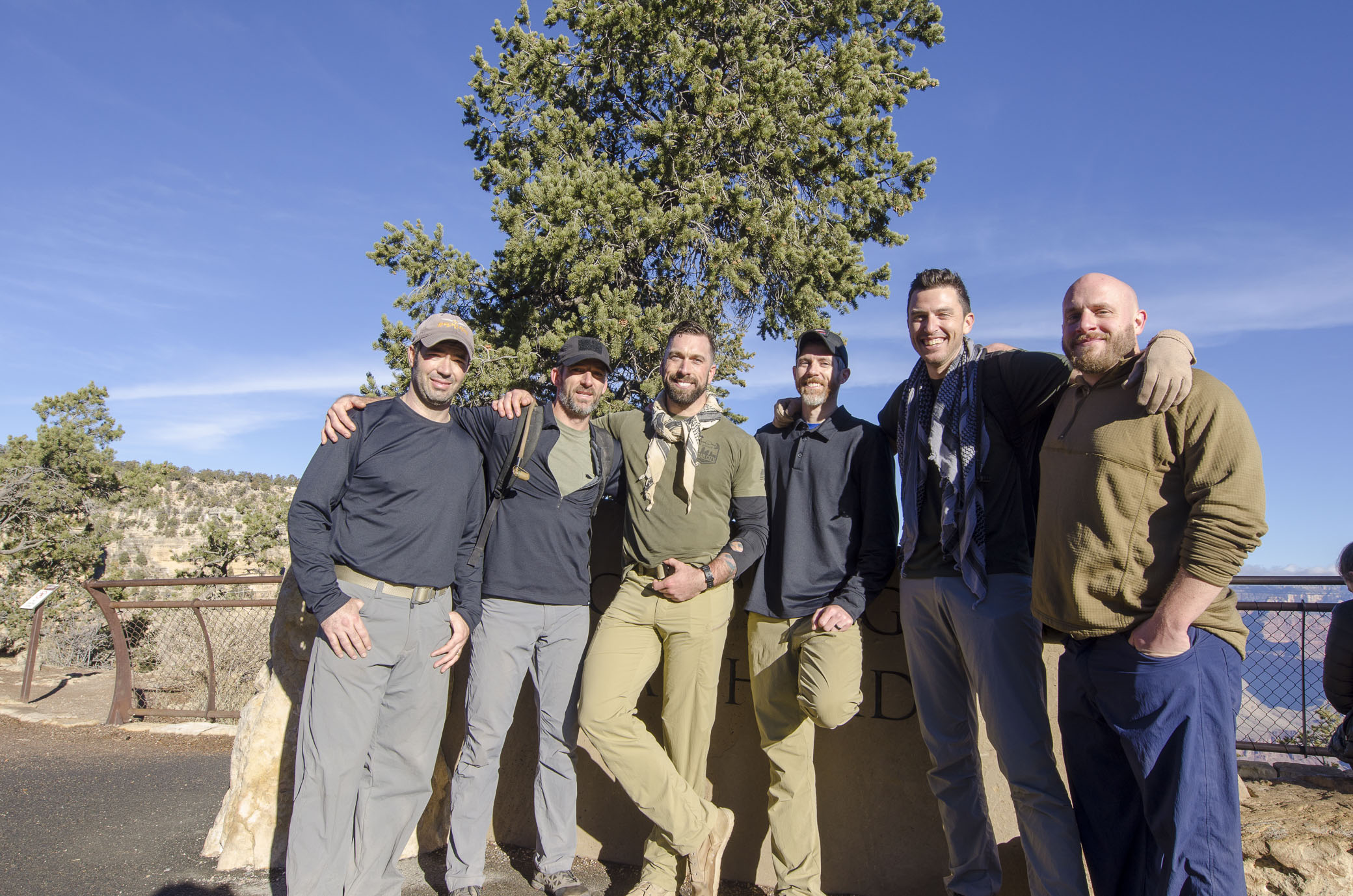 By the time we showed back up in Vegas, we needed none of it.
The bright lights of the Strip had nothing to offer.

About 30 hours later, we emerged from the Canyon with tired legs and dusty faces, but absolutely full of life. We had what I would bet, was the best post-ruck celebration that parking lot had ever seen, then loaded the van and headed back to civilization. By the time we showed back up in Vegas, we needed none of it. A shower, a beer, some food, and off to bed. The bright lights of the Strip had nothing to offer. 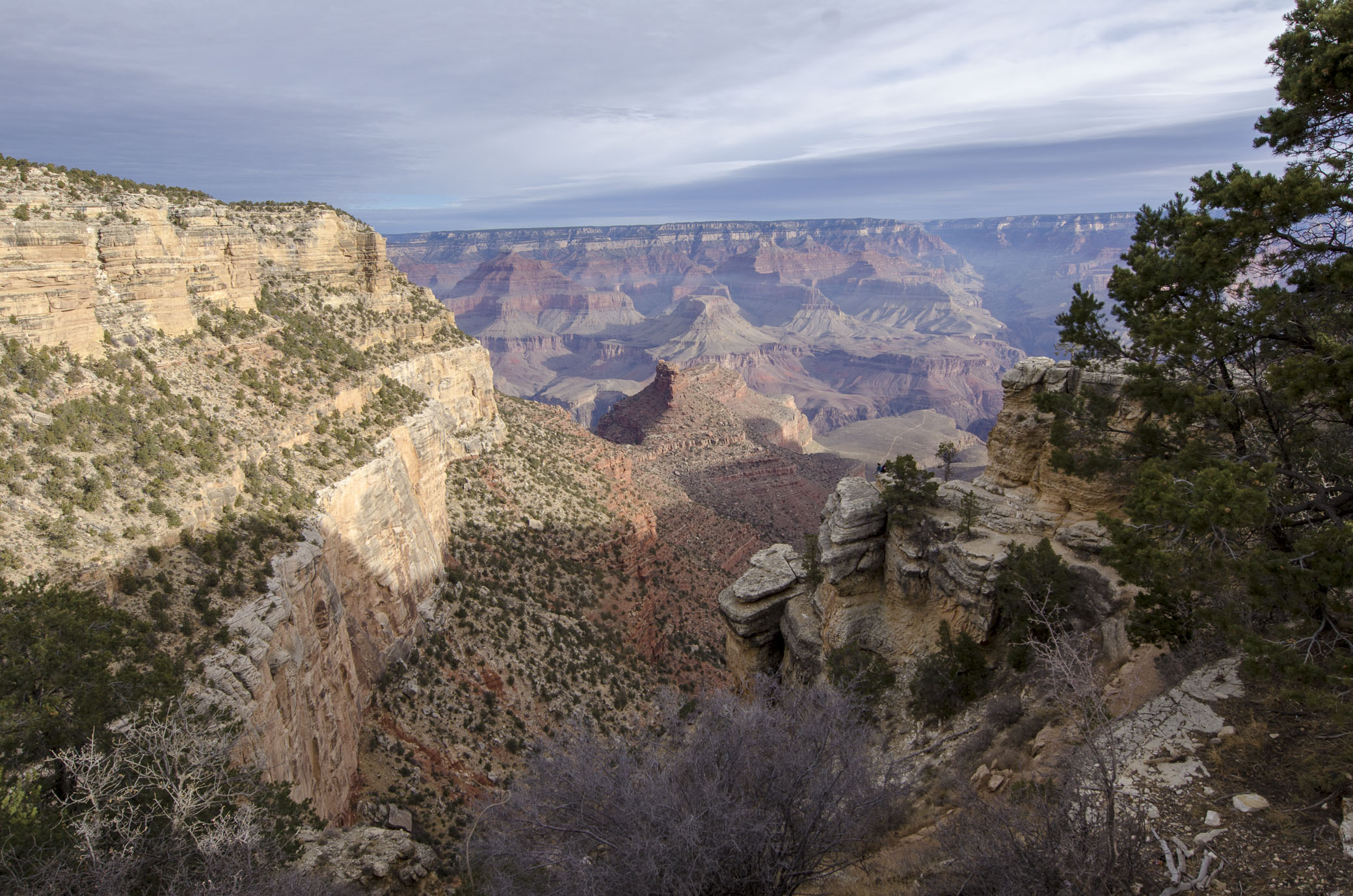