Oftentimes you are traveling somewhere for a reason or an event. In this case, it was the 500th anniversary of Leonardo da Vinci’s death, an exhibit at the Louvre. It’s a once in a lifetime thing, and we’re big fans of LDV, so that became our reason to go. Who cares if the weather in January is usually miserable? We’d get to see Paris on the tail-end of the holiday season. Concerts/festivals/marriages/special events all make for good reasons to travel somewhere and explore.

The fun stuff, like Normandy oysters at 2am in Paris (things you can’t do at home) are an added bonus but not to be confused with things you’re “supposed” to do. Why not make an adventure out of even an obligatory trip.

Do What You Love

Meeting people is hard, they say. And I’ve been there. But it can also be easy. The basic way to meet people is to know what do you love to do, then do more of that — and seek out others who love to do that, too. This story from Paris is one of how easy it is to meet people while traveling, with minimal effort. Em and I love to be active, to meet locals and understand a little better their daily lives. Not just what the tour guide tells you about the Hall of Mirrors, but how real people live real lives. There is no greater inspiration. 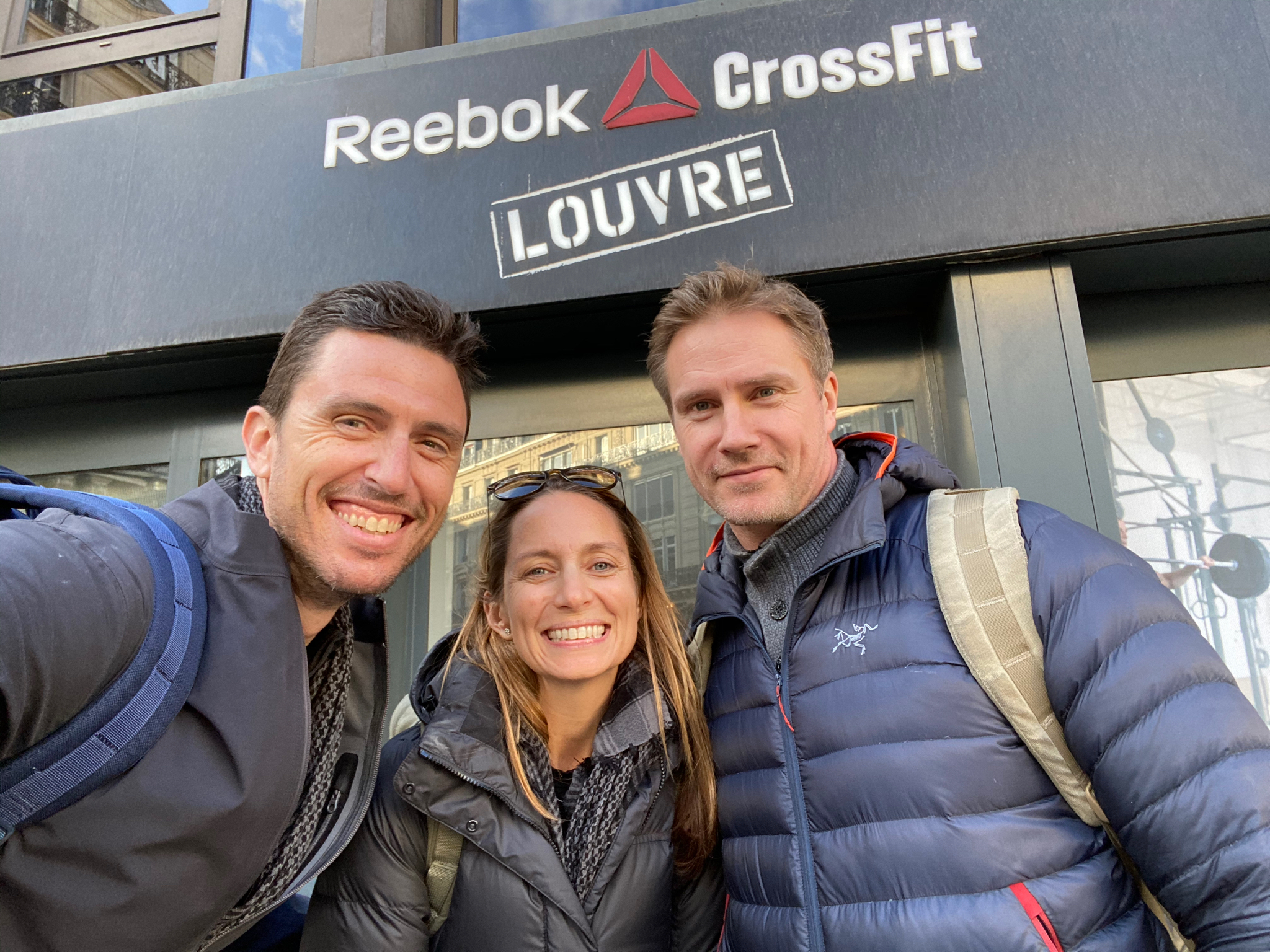 We arrived Friday afternoon, each of us with a GR1 — no checked bags, no roll bags — for max freedom of time and travel. Before even checking in at our hotel, Em and I went to CrossFit Louvre, recommended by a friend who has been to Paris several times. They said it was a great community there with great coaches and great people – which is not different from the CrossFit down the street at home, but it’s new people and a new adventure. We used a familiar thing and made new friends. Ten minutes after we walked in the door at 5pm we were warming up, which felt great after so much time on a plane. I felt like I had been on an airplane and not slept in a day, but I could literally feel the airplane cement leaving my legs one movement at a time, and by the end it was gone.

Here was the “Workout of the Day” or WOD: 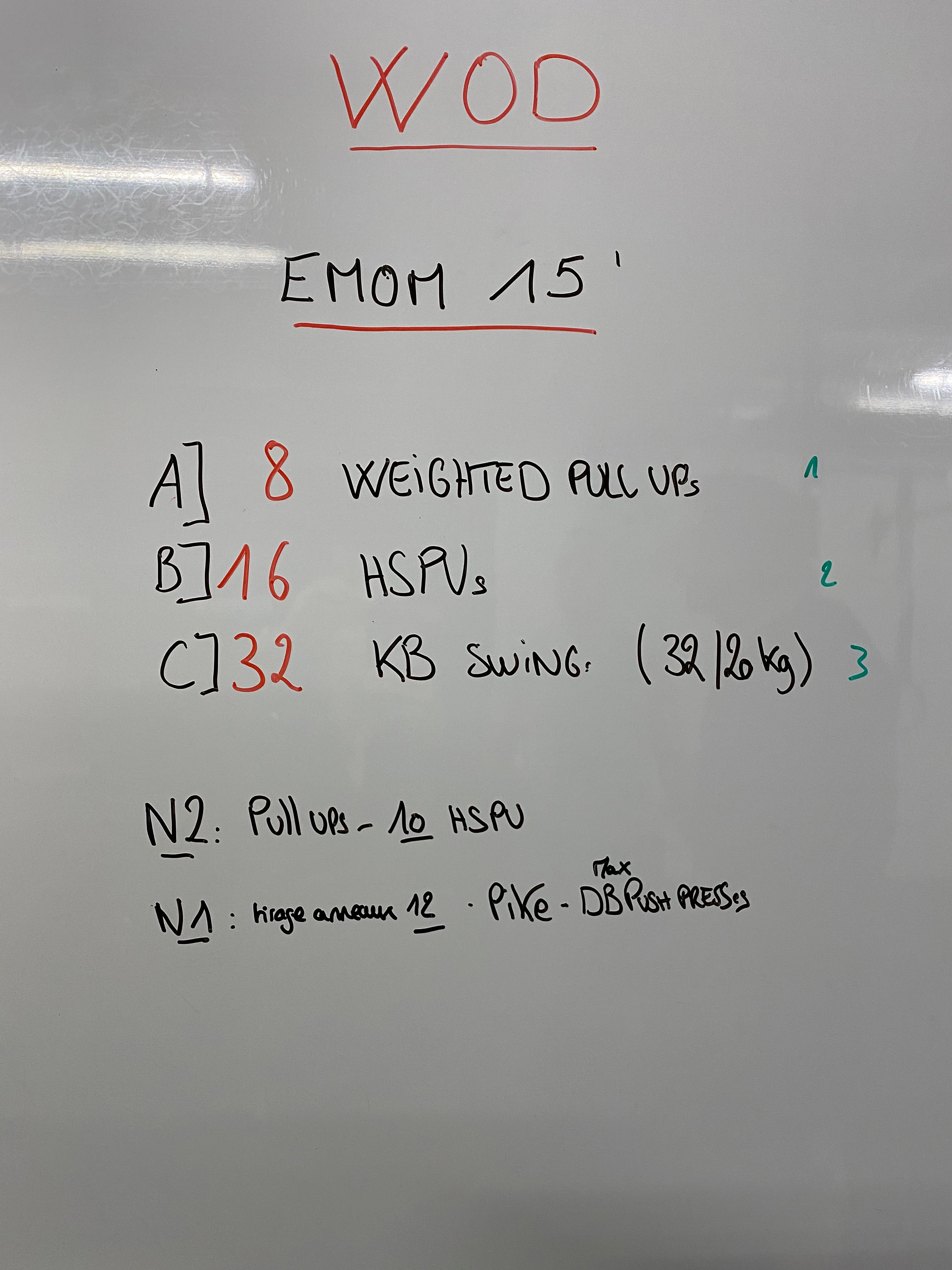 After the hard work has been done it’s easy to meet people. “Hey guys, anyone wanna grab a beer?”

Julian and Daniel joined us, we went next door to the Zone de RUCK and felt right at home. They told us all about the history of CrossFit in France, why they work out (to stay healthy, and they love the community), what else is fun to do in Paris (a long list). And they told us about the French Throwdown, a CrossFit event in June in France that gets close to 1,000 participants. We talked about the strikes and Macron and Bordeaux. They asked about the election back in America, they were curious about the vibe in our country as well. The point is not what the answers were or how good the beer was (it was great).

The point is, this doesn’t happen if you rush to your hotel, order room service, and come downstairs to ask the concierge where you should go and what you should do to try to ward off your jet lag (Au Pied du Cochon at Les Halles is open, and worth the trek). There isn’t a brochure in the lobby stand, either, that describes how to meet locals and have an immersive experience. You just have to get out and explore. And we chose to do that by being active and making friends in the local community.

To be more active, physically and socially, is different than just wandering the streets, eating at McDonald’s. We wanted to explore the town, on foot. And we did just that. On Saturday and Sunday, combined, we walked/rucked over 40 miles. We weren’t in a rush for any part of that, either. We hit up a few recommendations, others we just happened upon. And by the way, we are not ripping on McDonald’s – they have the best free bathrooms in Europe, just FYI. It’s a fact.

On Sunday, when most of Paris shuts down, we linked up with 15 folks from the Ingress community, and went from the northern part of Paris through the Seine and past Notre Dame and through the Latin Quarter. We walked through all different parts of the town. Some of which were new to the Parisians, too. Other parts — it was a hit list of them telling us stories about where to get the best wine, the best pastries, where to best spend a Sunday afternoon away from the crowds, when there are crowds, that is.

Small talk turns into friendship over miles and miles, and that’s a good thing. You learn a little, they learn a little; you get some exercise, they get some exercise. And we ended up having dinner together. Hey you guys wanna grab some food? Yes? Awesome. It’s pretty simple. We were hungry, so was everyone. Some beers and some food after a lot of miles tastes great.

Monday morning – last day –  we woke up and met David at CrossFit Louvre and did a class there, after a warm up. We wanted to get the blood flowing because we were headed to San Francisco next (work related) and that flight is ~12 hours of fun.

15 minutes AMRAP (As Many Rounds As Possible) 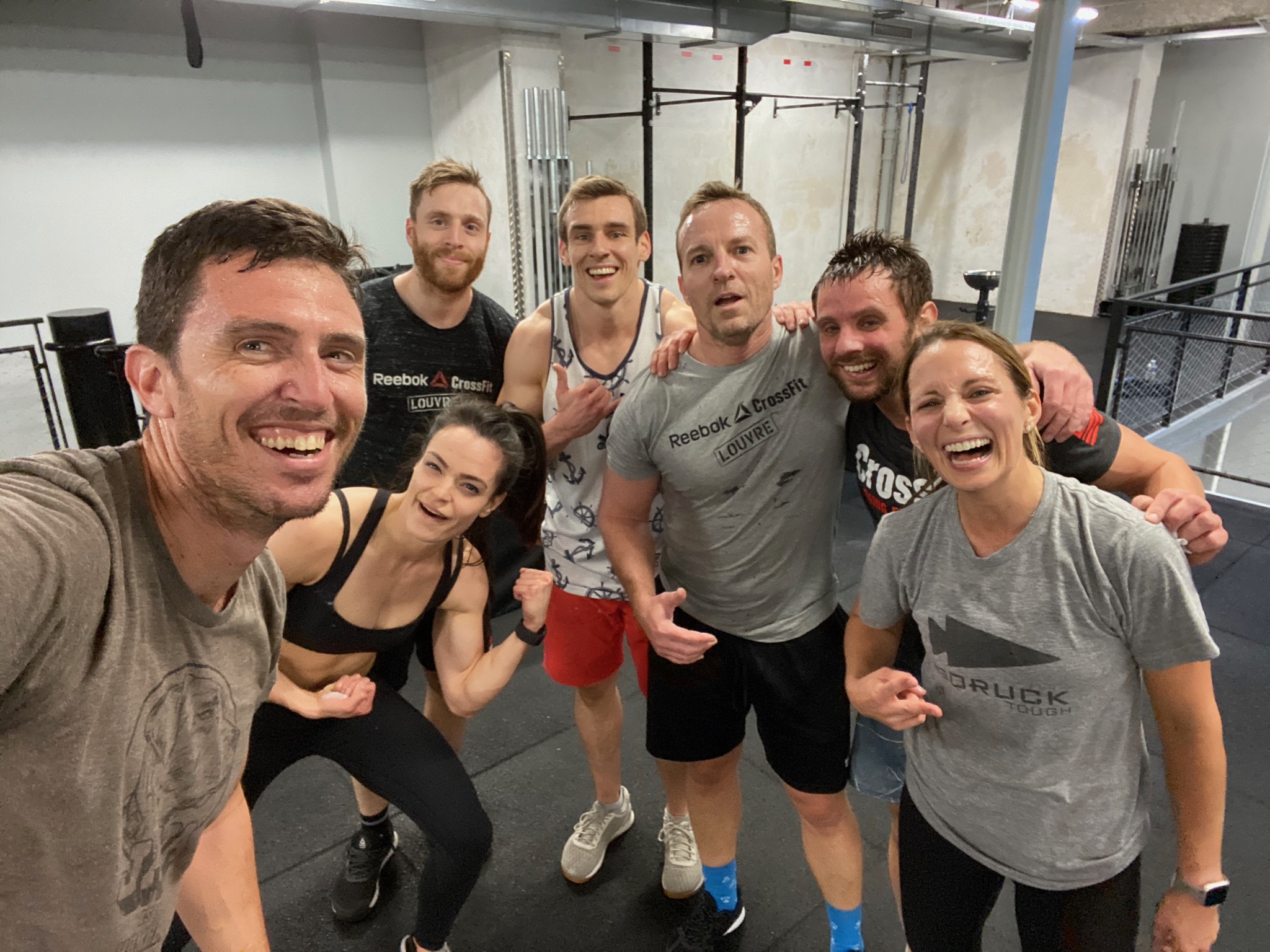 But before that, the something special of our trip. We love da Vinci’s work and what the man stands for. It’s no accident he’s the greatest of all the Renaissance artists, Renaissance thinkers even. He stayed curious his whole life, he worked really hard, and he kept after it year after year.

I’ve always loved that idea because it’s about a way of life, not checking a box. That’s the greatest inspiration of all that he represents. Stay curious, be patient but work really hard, and live your best life. The end is coming for all of us at some point, are we living our best lives?

The only logistical problem was, our Louvre tickets were for 11:30am, our flight left Charles de Gaulle airport at 3pm. We got there early and were shocked that they let us in (thank you!). In by 11am, out by 12pm, and then had to sprint (ruck run, people, it’s only to be done for set and short distances) to Châtelet – Les Halles for a 12:23pm RER B train. We killed that 1k like winners, with smiles on our faces, on a perfect January day in Paris.

As I type this at 30,000 feet, the air is far from Parisian but I still have a smile on my face. We were really active, met a lot of great people and had a lot of fun together.

To be in love and to have adventures together is perhaps the greatest gift of all.