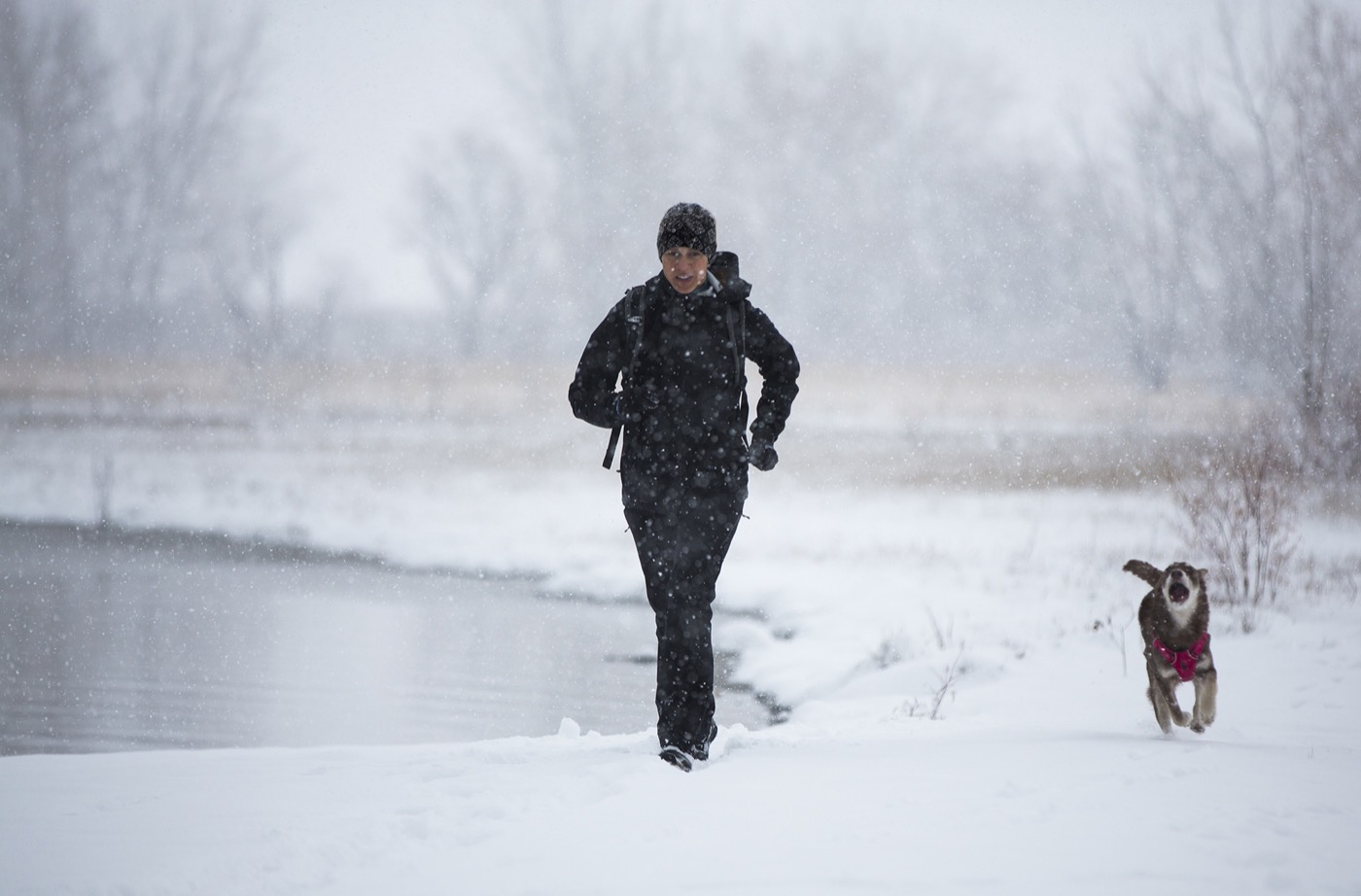 One moment I was an invincible woman training for my fifth attempt at one of the toughest endurance races in the world, GORUCK Selection. I was doing multi-pitch rock climbs, jumping out of planes over the Dead Sea, hiking Mt. Rainier with a 90# pack, and skinning (cross-country skiing) up 12,000 foot mountains.

The next moment, unable to walk, my husband was carrying me up the stairs to our home.
Three months earlier, in the pre-sunrise darkness, I was running around the parking lot at my gym for a warm-up. I took the final turn into the building just as I had a hundred times before, swung around the staircase that lead up to the door, and promptly slipped on some black ice. My right knee hit the landing of the concrete stairs, and I heard a loud crack.

I ran into the gym trying not to cry. What happened? Was it serious? How could I hurt myself doing something so mundane? My head was spinning.

At first I thought I broke my patella, so I slowly squatted to test out my knee. Everything seemed fine, so I completed the workout. However, later that morning, I couldn’t squat properly, or run without pain. I could barely even get out of a chair.

For quite a while, I ignored my knee and continued to train intensely. After three months the pain only got worse, so I decided to get an MRI. Once the imaging came back, it was obvious that I had a torn meniscus and quad muscle. The only way to fix it was surgery.

Just ten days after the MRI, I was rolled out of surgery a different athlete. When I woke, my husband looked into my eyes and said, “Hello, I love you.” I smiled. My brain flooded with information and questions. I couldn’t feel my right knee and lower leg. I wondered when I’d be able to walk again. When could I start training hard?

The orthopedic surgeon came in to the room to chat. He estimated a quick recovery, possibly 2-3 months. Since GORUCK Selection was scheduled to start five months after surgery, I figured I’d be there completing the event.

But, time is sneaky.

Two to three months rolled into substantially more time. At three and a half months post-op, bending over to pick something up off the ground was still difficult. I didn’t want to believe it, but my ability to push my body, to train for something hard, was gone. It became sadly obvious that this year, I would attend GORUCK Selection as a spectator. I was crushed.

As soon as I made the choice to not do my fifth Selection, all of the previous attempts flashed in my memory. I sat and looked at photos from those events and wondered if I could ever be there, in that gritty arena, again.

Then something strange happened. All of the pain…the swamps, lakes, oceans, and hills I had trudged through during past GORUCK events faded away. Fond memories filled those spaces.

GORUCK has given me my closest friends, people I couldn’t imagine not having in my life. The community that I love has helped me raise over $10,000 to build a school for Syrian refugees in Jordan, we’ve also raised thousands of dollars for the Green Beret Foundation, and St. Baldrick’s Foundation. We have climbed rocks and mountains around the world, ridden in the back of a pick-up while pacing a camel race and ducking AK-47 fire from enthusiastic Bedouins, we’ve visited Jerusalem, floated in the Dead Sea, done multi-day endurance races and CrossFit competitions together, and supported each other through births, marriages, sicknesses, and the loss of family members. We’ve shared life’s ups and downs.

Within hours of rolling out of surgery, all of these people and many more GRTs checked in on me, asked about the things that were most important in my life, and offered support.

Before my torn meniscus, I had a bit of tunnel vision. I trained to compete in difficult sporting events, and to inspire others to do the same. If I wasn’t charging for some objective, I really wasn’t trying hard enough. Slow and steady was boring.

It seems like a cruel joke that, “Slow and Steady” became my mantra after surgery. I was no longer training to be an elite athlete; I was training to be a normal human. I just wanted to walk down stairs pain-free.

Then one day, I started rucking again. Next came running, and jumping; squatting and lifting, sprinting and rock climbing. Suddenly life looked familiar. 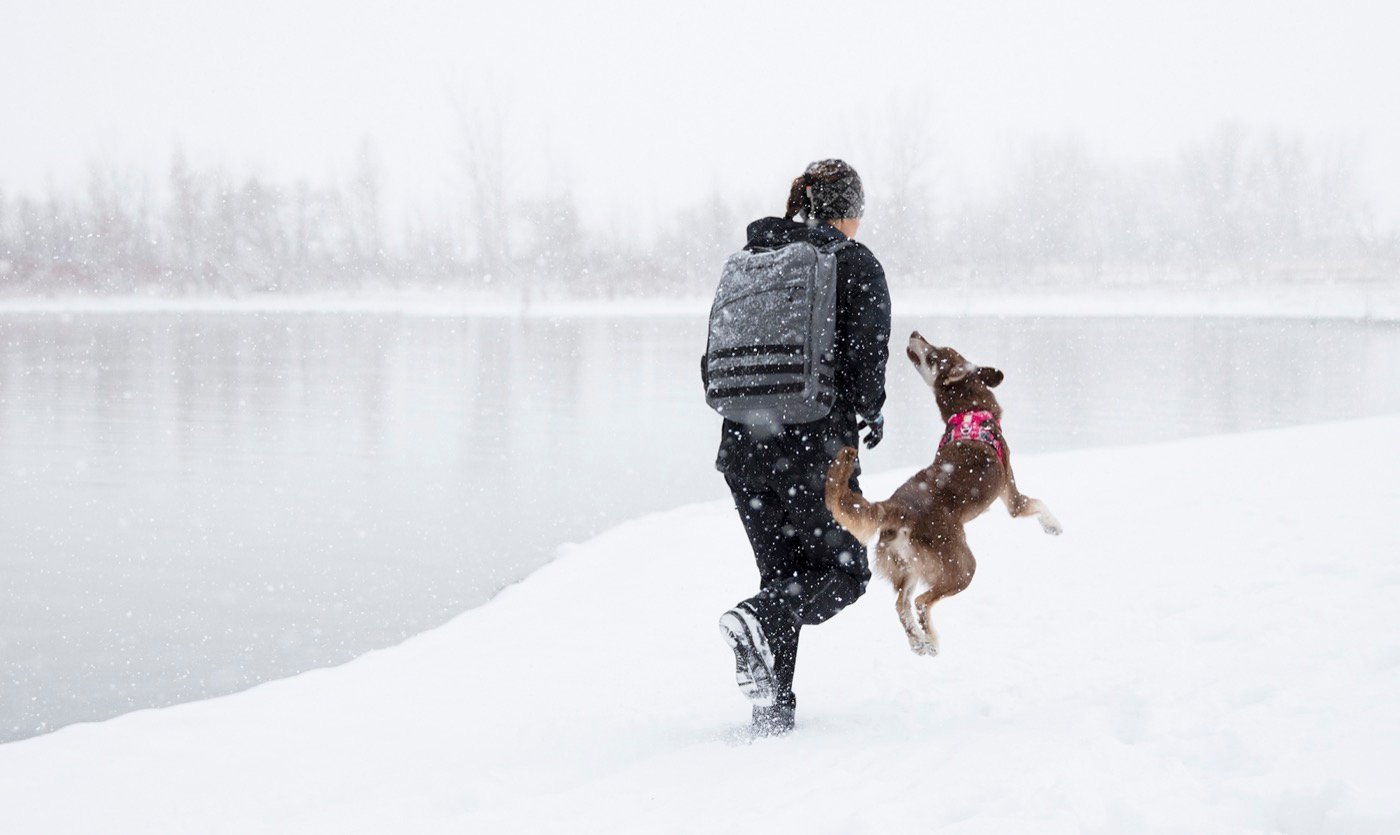 Sustaining a serious injury and not being able to train was humbling. While recovering, I realized that through training and testing myself, I have gained perspective, friendships, and have learned so. many. lessons. Although testing myself is important, recognizing that my friends and family support me no matter the outcome of athletic endeavors, is even sweeter.

I believe this to be true today, as well.

There is so much to be gained through working hard and shooting for near-impossible goals. Not only do I feel a sense of pride in pushing myself to my limits, but I also find satisfaction in the process. I can’t imagine what life would be like without challenges, without the sacrifice required to achieve something great. To me, the only thing as satisfying as the challenge is sharing it with the people, the community that I love.

This is why I train.