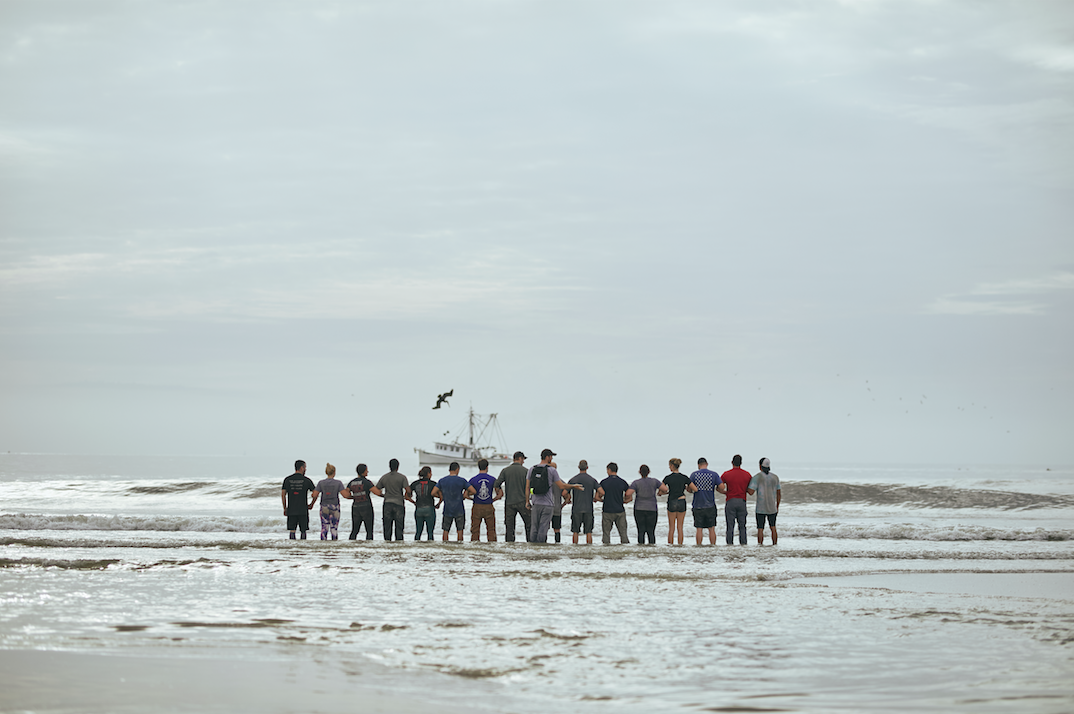 Ever since we started running events there was the group of people that wanted more, so they’d do the Toughs back-to-back with only a small break in-between. Eventually that wasn’t enough either, so we made the Heavy 24 Challenge. Once people got used to the Heavy, surprise, they still wanted more. The HTL was born. Heavy, Tough, and Light, back-to-back-to-back with sometimes only a few hours between each event. Over 40 hours of miles and weight, with a team that gets more tired every step of the way. It’s not for the faint of heart and every year I have friends that put that target in their sights and come up short, and every year, for some reason, I’m surprised by this. HTL ain’t no joke, don’t think that it is.

HTL Weekend here in Jax is always special. While not intended to be a reunion event, enough familiar faces makes it feel that way anyways. About Wednesday afternoon a bunch of weirdos start to stop by HQ, usually “shadows” (people following event, but not participating) as they’re just showing up for the parties and not to get their asses kicked. HTL participants come by and get a pep talk from Monster asking if he has any tips and tricks. And then, next thing you know, without much of a spectacle about it, a Heavy starts on Thursday night, and everyone is left checking their phones for updates on who is still around and if their dog is still in the fight, I know I had a couple.

A Heavy on it’s own is a hell of a way to spend 24 hours. Starting off with a PT test that can vary from location to location, it’s usually some form of upper body movements capped off by a 12-mile ruck march that is highly suggested you finish in under 3.5 hours. That breaks down to a 15 min/mile pace with a fully loaded ruck, not running by any means but you gotta keep moving. This is the first chance the class really gets to be inside their own heads, “this sucks, my feet hurt, we have 20 more hours of this.” Everyone has their version of it, for my Heavy it was seeing my car twice on the route, one more time and I was out. We didn’t pass it again and that’s probably the only reason I passed the event.

The Heavy always tends to surprise you, especially when you consider those going for their full HTL. I’ve seen more people drop during the first part of the Heavy that I fully expected to finish an HTL than I will ever really be ready for. When you wake up the following morning and check your phone or social media for some sort of update, the overnight drops are always surprising. They probably always will be. These events are supposed to be hard, and the harder ones are, well, harder. I never want to give out patches that aren’t earned, the Heavy is a good reminder of that.

You live 24 hours of your life at a time every single day. A Heavy shouldn’t be any different, just might seem a little longer.

Maybe the most surprising part of the HTL weekend is the Tough event. How are people going to perform after they’ve been putting out for 24+ hours? Surprise, they’re kind of beat up. If you have a buddy or a couple buddies going for their HTL bolts, don’t be the guy or girl that suffers next to them the whole time. You’ll be just as tired as they are and won’t be able to help them. Be the guy that shows up for the Tough, ready to put out the whole time and take any extra weight to keep the team moving. That was my goal this time. I had a few friends with the HTL in their sights, so of course I threw my hat in the ring, “Sure, I’ll do a Tough. I’m bout due for one anyways.” Cool is a perishable skill after all. So I show up to the Tough and everyone I showed up to support, everyone except one person, quit, failed, or didn’t show… gonna be a long night.

A Tough for a rookie is kind of a special thing. So special that if you’re a “high mileage” or “senior” GRT, you shouldn’t try to take over right in the beginning. You gotta let the class suffer a bit, and yes, that means suffering with them. It’s okay though, it’s good for them, and in turn, good for you. If you’re there for HTL support then always be ready to jump on the weight, show up strong, and realize that you’re pretty much just a pack mule. Life is easier if you turn your brain off and just keep moving.

The end of the Tough, really any Tough, is pretty much the same. It’s over and everyone feels good. Take your shoes off and throw on the flip flops you carried in your ruck all night (always carry flip flops), and crack open a cold one with your friends (even if it is 9 AM). Get your HTL people out of there, one more to go, and this one is “easy.” 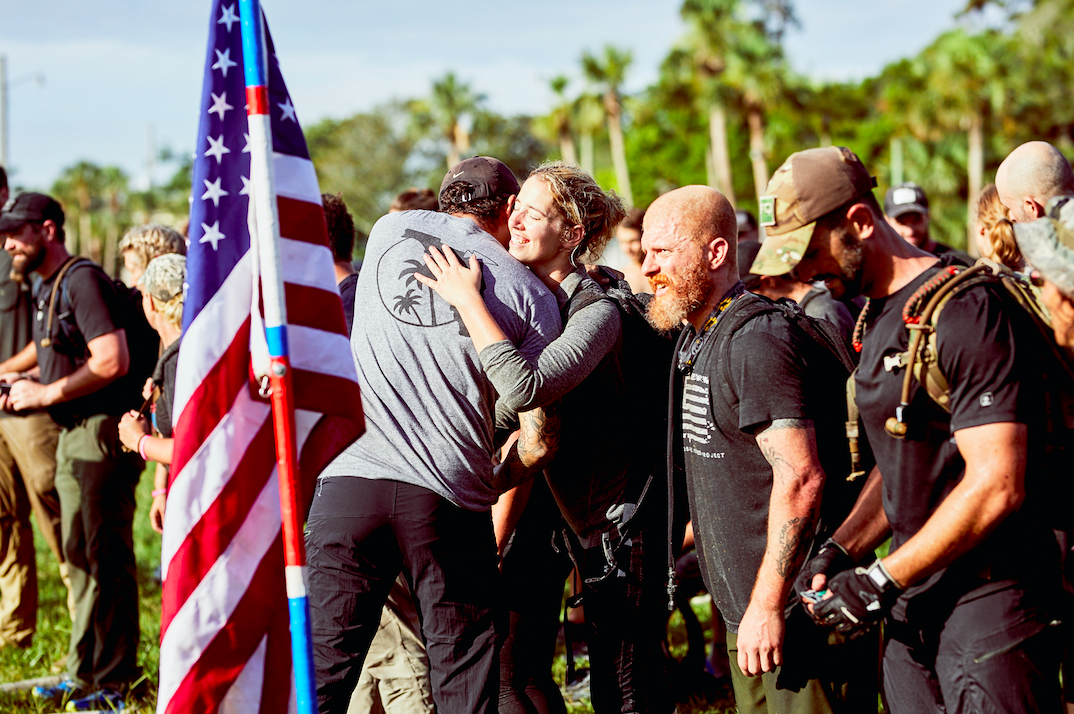 GORUCK Light, we say it all the time, light doesn’t equal easy. It does equal fun though, especially for those HTL finishers. The Light is the (quite literally), light at the end of the tunnel. All the sore feet, all the muscle soreness, all the sleep deprivation, it seems to go away for the Light. You still gotta put out and you still gotta put in the miles, but it’s way more smiles and you’re almost done.

Fast forward to the end and it’s pretty special. A crowd has gathered and beers are already flowing. You aren’t done yet though, HTL ain’t nothing and it needs to end with a roar not a whisper. So you get one final smoke session to prove you want to be there. After that you get patched and for a short amount of time, you’re riding so high on the feeling of finishing you have those beers, you get your food and shortly after that, you crash harder than you probably ever have in your life. Teddy bear night night level 11. Sleep well, you earned it.

Maybe the best part of any event is the AARs among friends. Usually over beers and food the next day. You got some sleep and the blurry things start coming back to you. Really an HTL isn’t that different from a big weekend in Vegas. No sleep, no real food, you’re not sure what happened or who was there, and hopefully you didn’t catch anything that won’t go away in a few days.

For some people a Tough or a Light is the end of the road, and that’s fine. For some people they want more. If you are the latter and you really want to see what you’re made of, find an HTL, train, and get your friends to run support for you. When it’s over, you’ll realize you loved every second of it. Check out the list of HTL events below and I promise you won’t regret it. 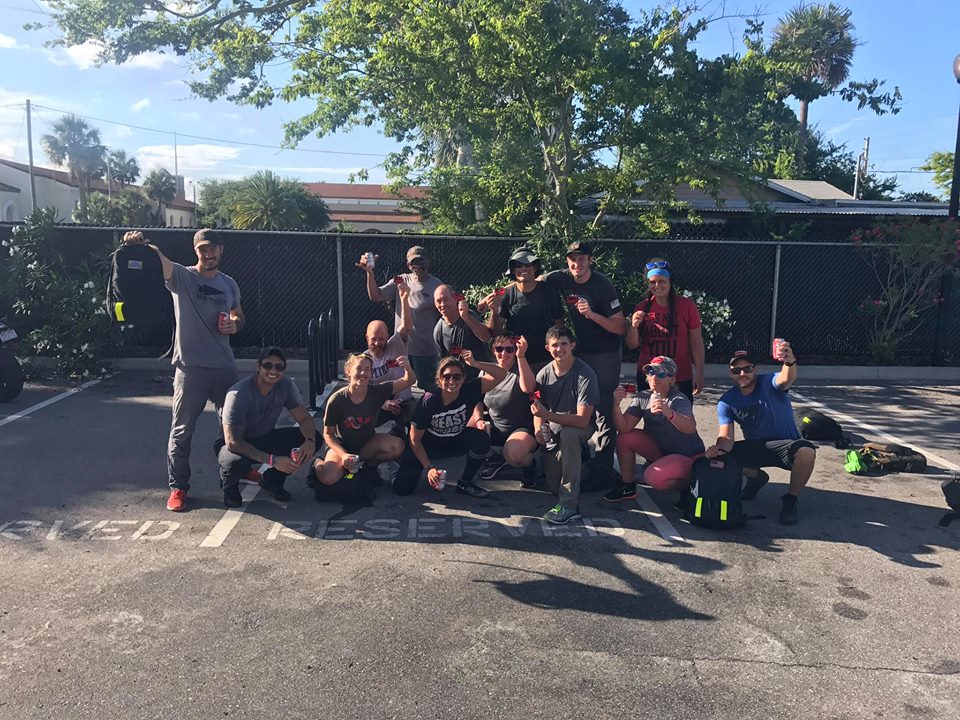