Not only did the DC Heavy class get to embrace the suck for Memorial Day, they got to shake hands with an American hero. Just after they had visited the Korean War Veterans Memorial, Cpl. Miyamura and friend Joe stopped the class to learn about this GORUCK thing and share their story. Hiroshi H Miyamura, is a United States Army soldier who received the Medal of Honor for actions in the Korean War. The award was classified as top secret while he was held as a prisoner of war.

Both Hiroshi and Joe were captured and forced to march 300 miles over five weeks. Joe was injured and could barely walk, so Hiroshi carried him much of the way. Now, 67 years later, the pair traveled to DC for Memorial Day.

“Cpl. Miyamura, a member of Company H, distinguished himself by conspicuous gallantry and intrepidity above and beyond the call of duty in action against the enemy. On the night of 24 April, Company H was occupying a defensive position when the enemy fanatically attacked threatening to overrun the position. Cpl. Miyamura, a machine gun squad leader, aware of the imminent danger to his men unhesitatingly jumped from his shelter wielding his bayonet in close hand-to-hand combat killing approximately 10 of the enemy. Returning to his position, he administered first aid to the wounded and directed their evacuation. As another savage assault hit the line, he manned his machine gun and delivered withering fire until his ammunition was expended. He ordered the squad to withdraw while he stayed behind to render the gun inoperative. He then bayoneted his way through infiltrated enemy soldiers to a second gun emplacement and assisted in its operation. When the intensity of the attack necessitated the withdrawal of the company Cpl. Miyamura ordered his men to fall back while he remained to cover their movement. He killed more than 50 of the enemy before his ammunition was depleted and he was severely wounded. He maintained his magnificent stand despite his painful wounds, continuing to repel the attack until his position was overrun. When last seen he was fighting ferociously against an overwhelming number of enemy soldiers. Cpl. Miyamura’s indomitable heroism and consummate devotion to duty reflect the utmost glory on himself and uphold the illustrious traditions on the military service.” 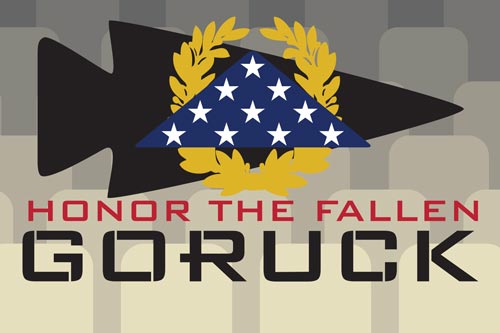 “It was the hardest thing I’ve ever done. It was incredible, meaningful, moving, and painful. It rearranged some things in my head. It gave me such a deeper understanding of our veterans; those who defend us, and those who gave their lives for us. I feel like I got hit by an 18-wheeler of patriotism. I loved it. It’s not for everyone (half our class didn’t finish), but you won’t know if you can until you stress that thing between your ears and put that sandbag back on your shoulder, mile after mile. I moved much farther than I could by muscle alone, and completed solely through the determination and dedication of Class 2648.”

“I had a blast it was more challenging than expected since this was my first event. I know what to work on for the next one. I’m 45 and It’s been 17 yrs since I have been out of the military, brought back great memories. The cadre were great.”

“The most challenging event I’ve ever participated in, physically, mentally, and emotionally. I may have lost a piece of my soul… But I was equally rewarded with a newfound respect and appreciation for good living and my pulse. Cadre were brutal beyond measure and pushed me beyond all existing boundaries. In my 34 years of existence it is the only Memorial Day where I felt I gave something back to those who gave it all for me.”

“The hardest and most satisfying events that I have ever done with GORUCK. Cadre Rob led the majority of the Tough and did an amazing job. It was very well planned and executed by him. The Memorial Day theme was continuous throughout the entire event as it should have been. For someone who had never been to D.C. a GORUCK Tough is the way to see it. We got to see a lot of Monuments lit up at night which helped embrace the suck a little, just a little.”