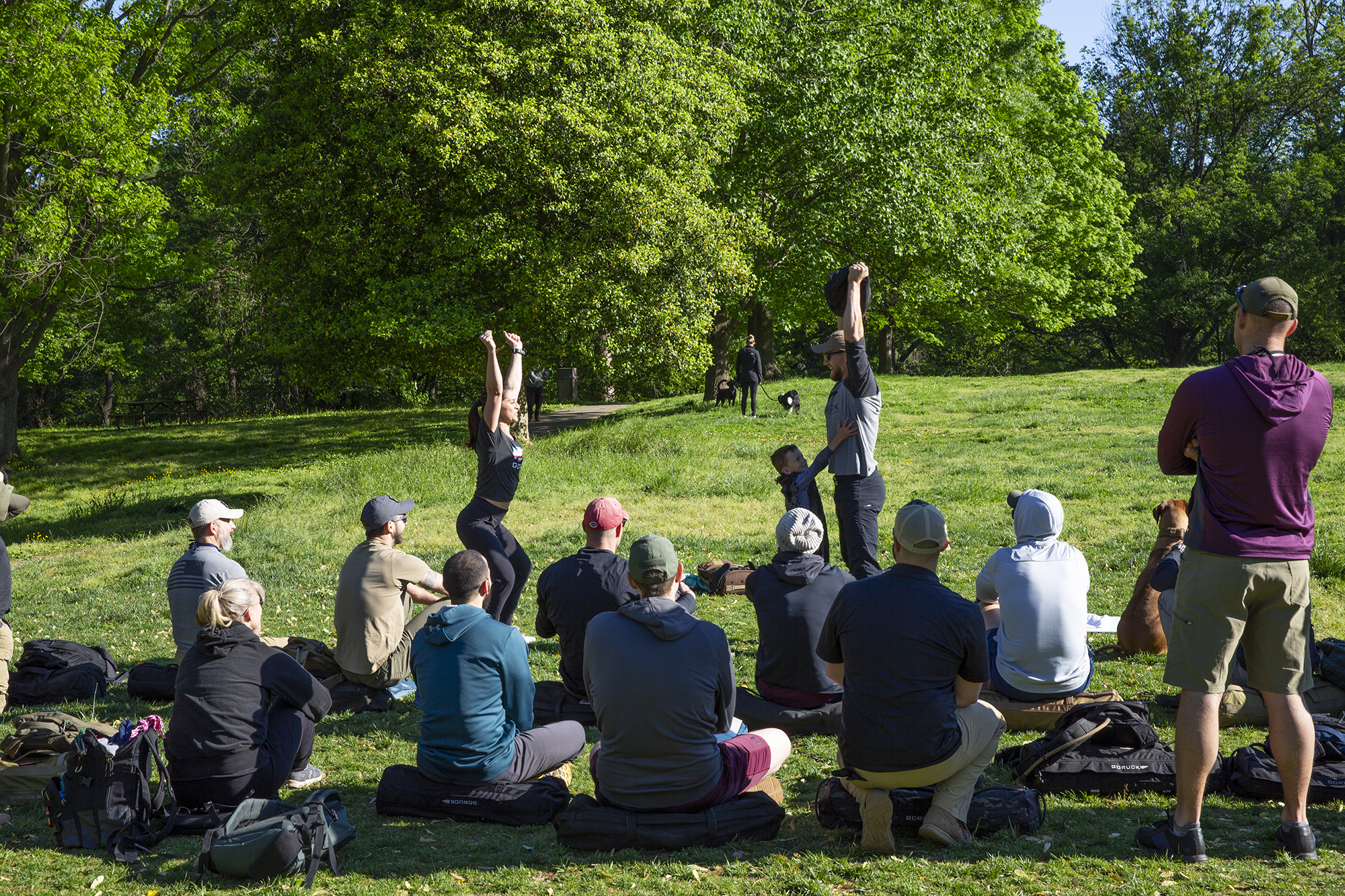 Force Multiplication is Simple, Not Easy

Send a small number of people into a place, befriend the locals, build trust, and grow your mission organically. Earn respect, win hearts and minds, build relationships that are long-lasting. Countries use this strategically to obtain a preferred outcome by attraction rather than coercion. Governments and militaries use force multiplication as a method to accomplish missions. In my personal experience, it works in humanitarian efforts as well.

Though I didn’t know at first, I was force multiplying by running through the jungles of Yap, Micronesia as a Peace Corps Volunteer about two decades ago. Being young and ignorant of the local culture, I simply did what I always did back home in the States: I went for a run every morning. What I didn’t realize until later was that it was taboo for a young, unmarried woman to exercise alone outside of organized sports. By doing so, I was, inadvertently, offending everyone.

As I ran, something strange kept happening. If I encountered a car on the road, the driver would honk and start driving towards me, seemingly trying to run me over. I’d slow down and hop into a culvert or bushes so I wouldn’t get hit. This aggressive driving behavior while I was running continued for weeks. Then, something even more curious happened.

First, a girl on the high school basketball team asked if she could run with me. I said yes, so we’d meet at her house as the sun was rising and run a few miles. When the other team players heard we were running, two others joined us as well. After another week we had five girls running together every morning.

When we became this critical mass of friendly locals plus myself, the “car-chicken-game” transformed. Instead of cars honking at me and trying to run me over, they were now waving and shouting good morning. The girls helped me be accepted by the others in the village, and I helped them get fitter by providing them with more opportunities to run.

It was my mission as a Peace Corps Volunteer to empower local women, however it wasn’t my direct efforts that accomplished that mission. I went running and one girl tagged along. Her teammates noticed and they wanted in on the fun. Eventually, sisters and mothers joined us as well. Last I heard, the running club on Yap Island still existed and had grown to 20+ local women. Friends tell me that the local drivers are no longer trying to run them over anymore either.

GORUCK has humble roots, just like my running club in Yap. In the beginning, the business model was selling GR1’s from the back of a Ford Explorer and Jason running every single GORUCK event. A decade later, through word of mouth, community and team-building, and sweat equity from GORUCK Nation, it has grown into a successful business that cares about honoring those who serve, giving back to the community, social fitness challenges in the great outdoors, and serving something greater than yourself.

At GORUCK, we force multiply through training, events, and GORUCK Clubs that empower real world communities. During the last two years, we’ve continued to strengthen our community by adding Sandbag and Ruck Training (SRT) and GORUCK Tribe.

After rucking appeared in the 2019 Rogue Invitational and the 2019 CrossFit Games, it quickly became more well-known in the world outside of GORUCK. In 2021, more people than ever are putting rucks on their backs, carrying sandbags, and using these pieces of equipment as mobile gym tools. 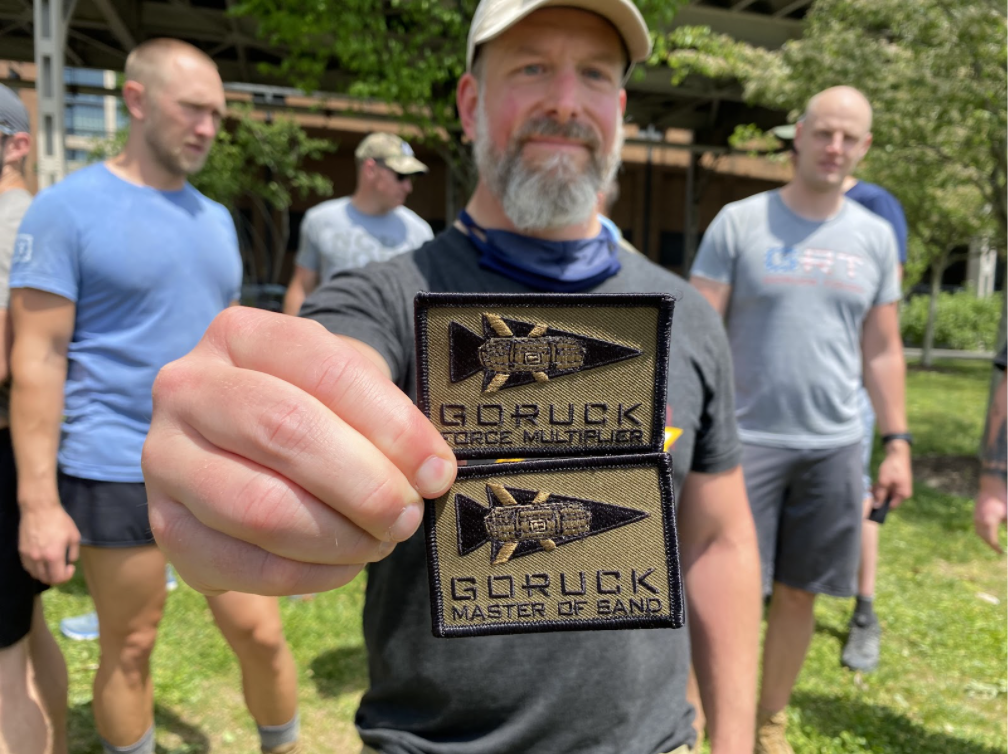 As rucking grows in popularity, so does the need for coaches who can help people move well and remain injury-free. Enter the Sandbag and Ruck Training Coaching Course: The Force Multiplier. This two-day course was born out of the desire to educate people on how to move better, coach better, and to spread the joy of sandbag and ruck training beyond the GORUCK community.

There are multiple components to the course. Our objectives include enabling participants to:

In addition to the structured course, participants receive a 50+ page handbook on all the topics covered in the course.

BETA 001 took place in Washington, DC, May 2021. Representatives from Ruck Clubs, the GORUCK community, the CrossFit community, and the general population took part in the course and gave positive feedback. One participant commented:

“[This course was] first class, personalized instruction, well planned and thought out. Every age and level of fitness was treated with respect, critique was professional and on point and the encouragement was next level.”

Another participant offered his thoughts on the instructors (Coach Jaala and Cadre DS):

“[They were] such professional communicators and connected to people so naturally. Being coached by them reminded me of a visit to CrossFit New England where I got lucky enough to have Ben Bergeron coach my class (this really is about the highest compliment I can give someone). Every detail, down to knowing everyone’s name and using names frequently, was paid attention to and observed. I hope I can bring the same passion to my club when I coach them.”

There are three more BETA classes on the schedule for 2021. Becoming a Force Multiplier is within your reach. Sign up for one of the next BETA courses below. 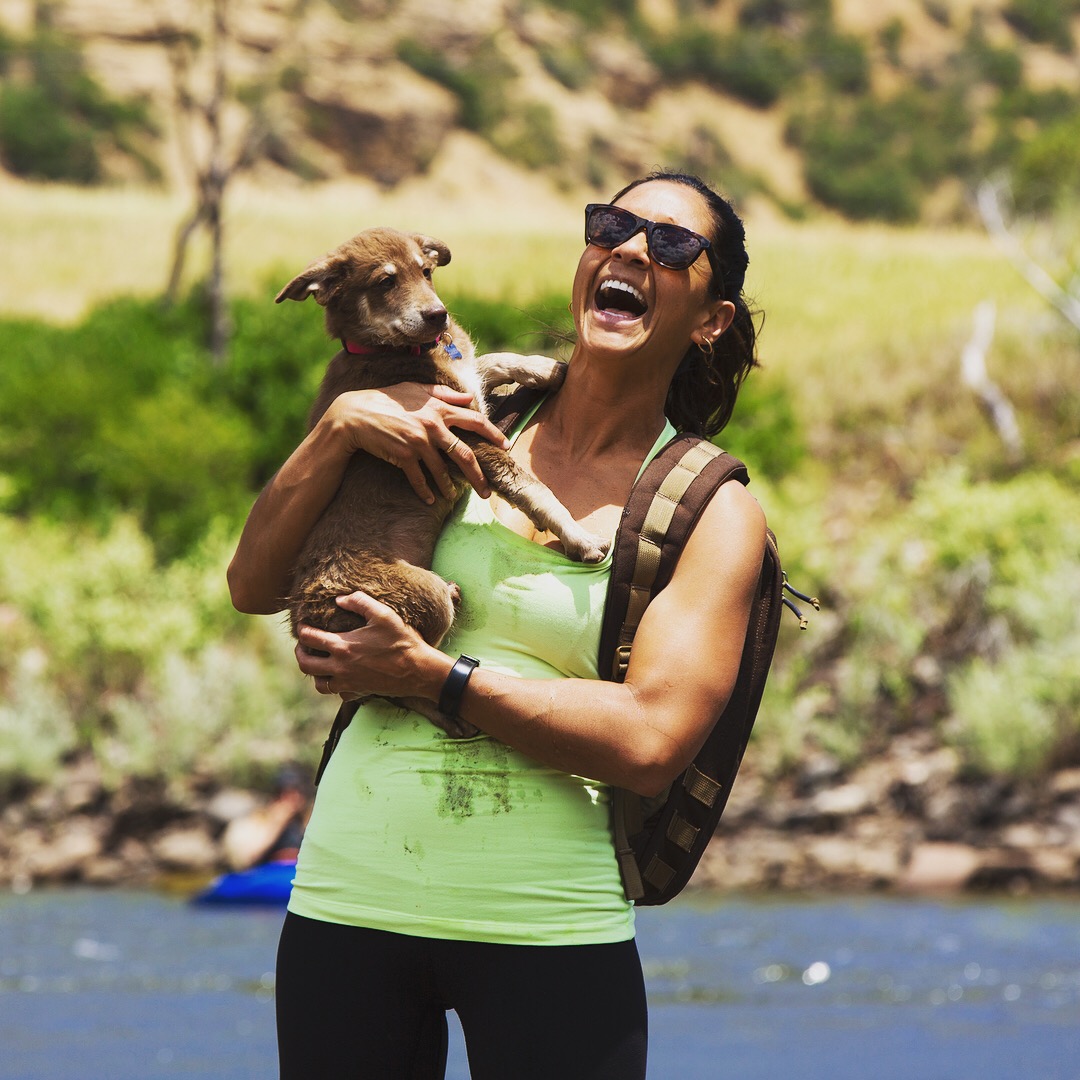 Jaala Shaw (CCFT/CF-L3, PN-L1) has been Force Multiplying as a Teacher and Coach most of her adult life. First as a Peace Corps Volunteer in Micronesia and China, then as a college-level ESL Instructor, later as a CrossFit gym owner, coach, and competitor, and eventually as a US State Department English Language Fellow in Afghanistan and Jordan. These days she trains CrossFit Kids coaches as part of CrossFit Seminar Staff, owns her own coaching business, and teaches outdoor pre-school, influencing the next generation of nature-lovers. She is looking forward to expanding GORUCK’s mission into the fitness realm through leading the Force Multiplier course and enabling coaches to help others ruck better, move sandbags more efficiently, and have fun doing it.