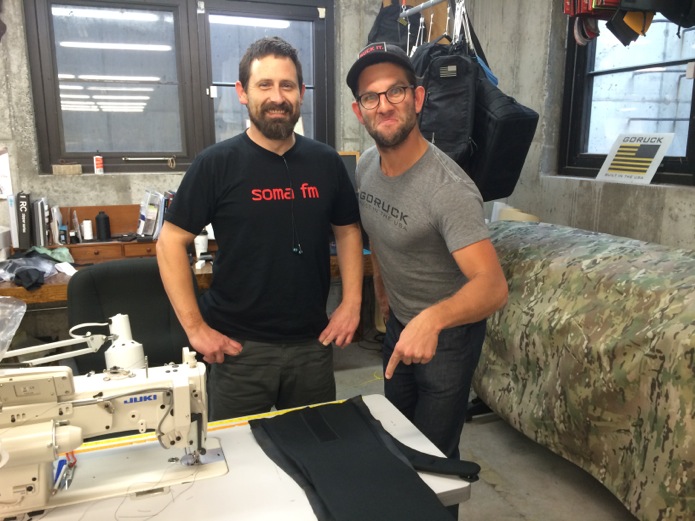 Spencer builds it and if you’ve never done this like I haven’t trust me it takes decades of practice and a full day to execute one single solitary ruck that you’ll be judged on, in this case a version whatever prototype and when it’s not perfect 6 hours in you’re furious but you can’t start over that’s more delay and nothing now is worse than maybe perfect later. So welcome to the next 6 more hours of an imperfect build on a Friday no less despite your rage because Jack says he thinks there’s somethin’ to it so pretty please with sugar on top build the ruck.

And back up to what it should do and listen to Spence and then back-up in your mind 24 hours lemme help take you there to a 2 hour jam session with me, Spence, and Jack on how the world in our universe should bend. Meaning how the newb will conquer all and this transitioned nicely to 27 fist fights and a lot of everyone else listenin’ in that’s known as eavesdropping where I come from and I hadn’t even worn the ruck yet and neither had Spencer – the latest one anyway since he hadn’t built it yet but you shoulda seen his face when I brought up the ALICE pack and he was like hey don’t take my word for it google it anywhere that’s a.n.y.w.h.e.r.e. it’s the worst carry system in history that’s h.i.s.t.o.r.y and fact dictates that history is a long time and I had not even a yeah but.

So. Welcome to life at GORUCK R&D where the wild wild west is still alive and well.  Jack plays peace keeper a modern day Wyatt Earp in Montana USA and everyone loves him or else chaos would ensue and our shop would burn to the ground. It must be exhausting drinking chai with everyone all day every day because feelings find people and people find Jack I could not do what he does and the folks out there woulda quit long ago without him. 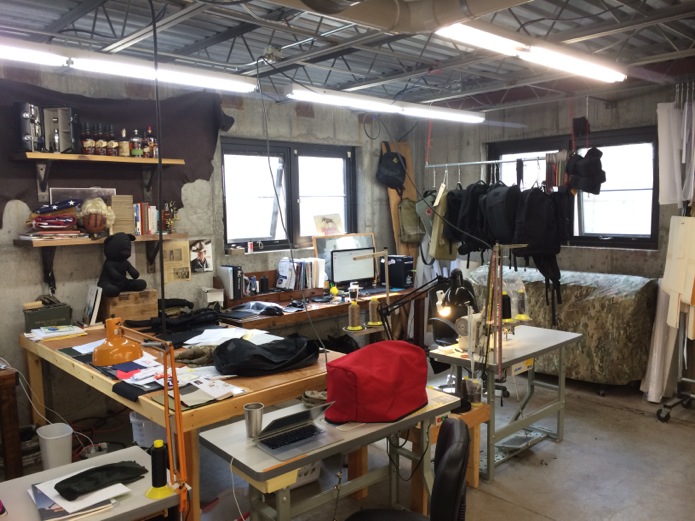 But the hard makes it worth it because peaceful and empty never seem right around here it’s the chaos theory at its finest. Spencer’s work station doesn’t come to life by the things on his desk, it comes to life as he’s using and abusing all of his tools and all of his mind to exhaustion and then he finishes something to praise and criticism and a pointing Jack and a sniping me and welcome to the life of a creator where the people around you can’t do what you do and yet they judge.

And nobody loves criticism. Nobody. But sometimes when we know something’s not perfect or when we know we don’t know as I don’t know what it’s like to haul an elk or to even care about a hip belt we need other people. I digress lest Jack feels his work is done it’s not and never will be, though there is ultimate satisfaction in the collaboration, in the process of you’re wrong and I’m right leading to I’m wrong and you’re right I deserve the black eyes and when that happens over all the characteristics at hand it takes a long time and it ends up better than if you’d done it yourself especially when you’ll fight to the death for all of them until you won’t because…. wait for it… you’re wrong. 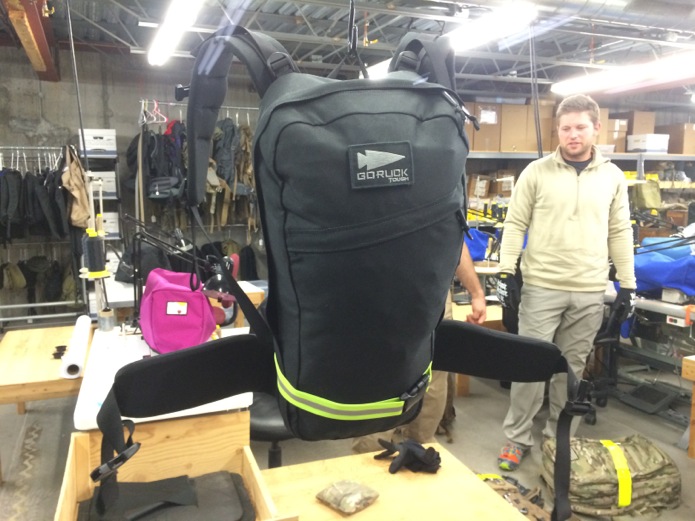 So I rucked the newb this go round and had a few notes, some born of ignorance and assumptions, others born of pain and experience. But what it wasn’t was the commentary on nothing because something was created and the creator’s name was Spencer Metzler and I’m the critic and he’s the creator make no mistake where the credit lies. Lest I’m accused of riddles, the credit lies with the creator, always. 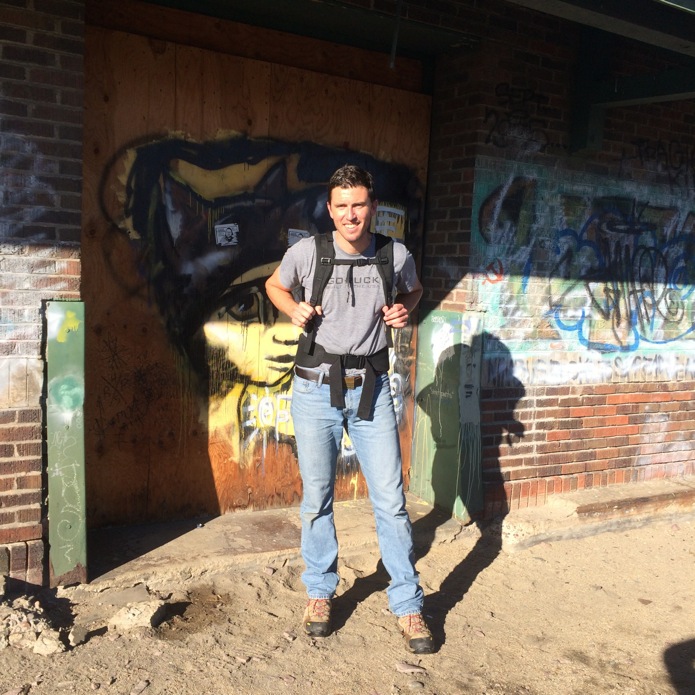 My review which I shared with them both. Disclaimers are for cowards but they help manage expectations since we’re not face to face on this thang called the Internet and the full review was pages and pages after hours of conversations because I only used the newb once and I have my perspective think GR1 and I hate hip belts and always have. I also hate sternum straps even though both have their place and when we’re ignorant we use the word hate make sense? That said someone’s gotta take a stand so here ya go guys:

Of all these notes the only most important one at this point is #3 about the collaborative nature of everything we’re doing, fist fights and all. No doubt Spencer will get mad reading this again as he got mad when he read it the first time because when it comes down to it the ruck isn’t perfect yet and he knows it and I know it and yet is the right word and perfect means perfect collaboration with all sorts of compromise and yet also means it will be. Perfect that is. And welcome to GORUCK and the crashing worlds of military rucking and carrying elk in Montana and snipers and fist fights and feelings and chai and peace makers and Wyatt Earp and we gotta get back to it we’ve been licking our wounds for far too long.