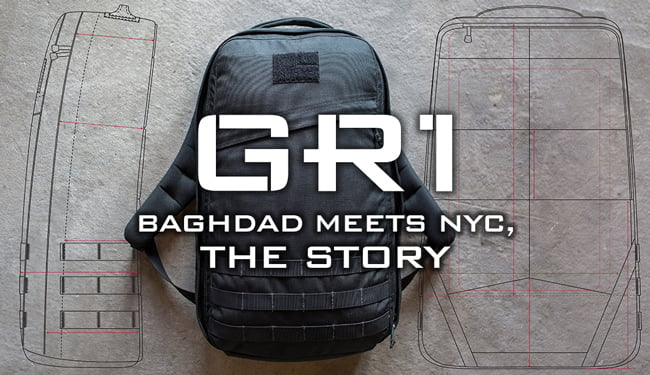 I placed an ad on Craigslist NYC for a “backpack designer”, and a couple called the Wookey’s in Montana replied with a link to their website and a “we can do that.” They had recently set up a design studio after working in manufacturing forever, and were scouring to pay the bills as start-ups must. We emailed and then skyped and I hired them to build what was, at that point, napkin sketches of a bag not yet named GR1. For pattern work, six hand-built prototypes, and suffering through my ignorance of manufacturing, I would owe them a few thousand bucks. It was a steal that would probably cost 15-20x that, now. 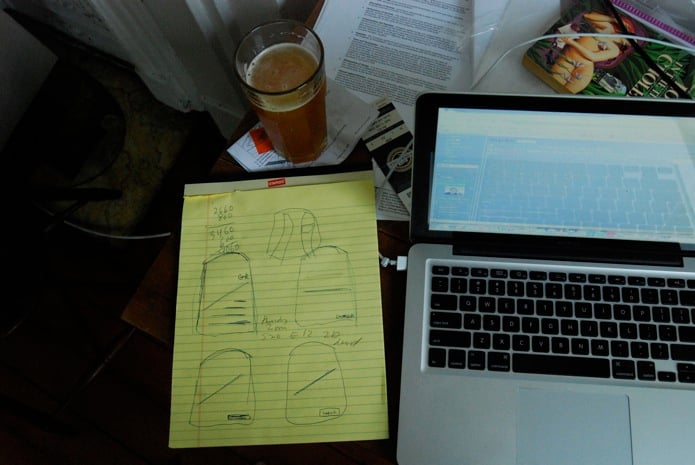 The better news for me was that it was something to do. I had recently gotten out of Special Forces. Which made me a civilian, but I was living on my buddy’s couch in New York City with all my deployment gear. As if still on deployment.

I felt ridiculous wearing my assault packs around town, with Iraqi dirt in them no less (that stuff never comes out). I quietly planned to go back to war after going back to school, but America was home again and I was here indefinitely. I had already traded my fatigues in for blue jeans, and I looked for other bags, more civilian friendly if you will, but the ones I saw seemed soft and weak. As if ready for a runway, but not the grind of daily life.

Such began the long journey of building a bridge between the military and civilian worlds into GR1. The hopes for which became nice and lofty, but there were real decisions to be made over the next two+ years for it to become a reality.

We tackled them one by one… 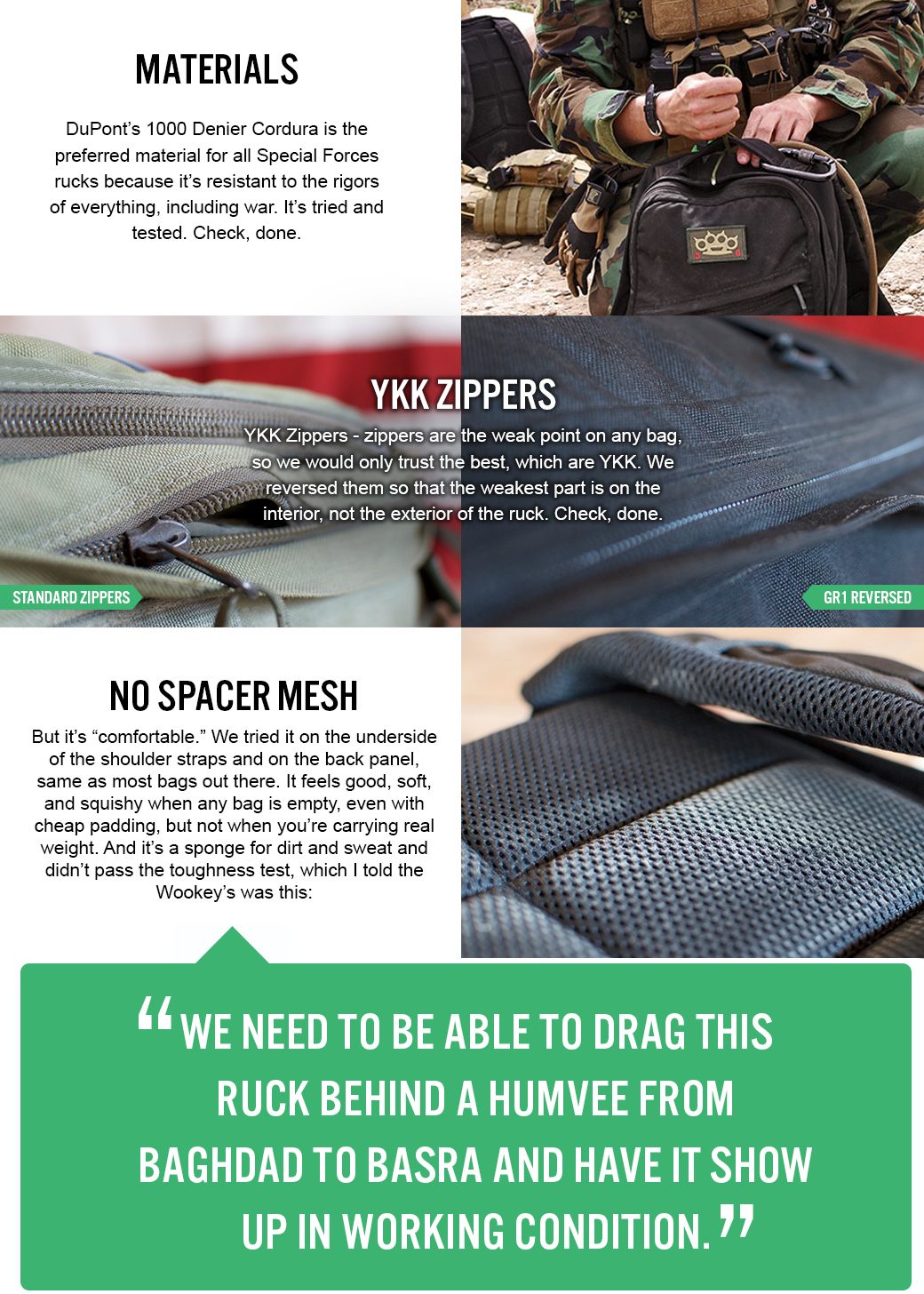 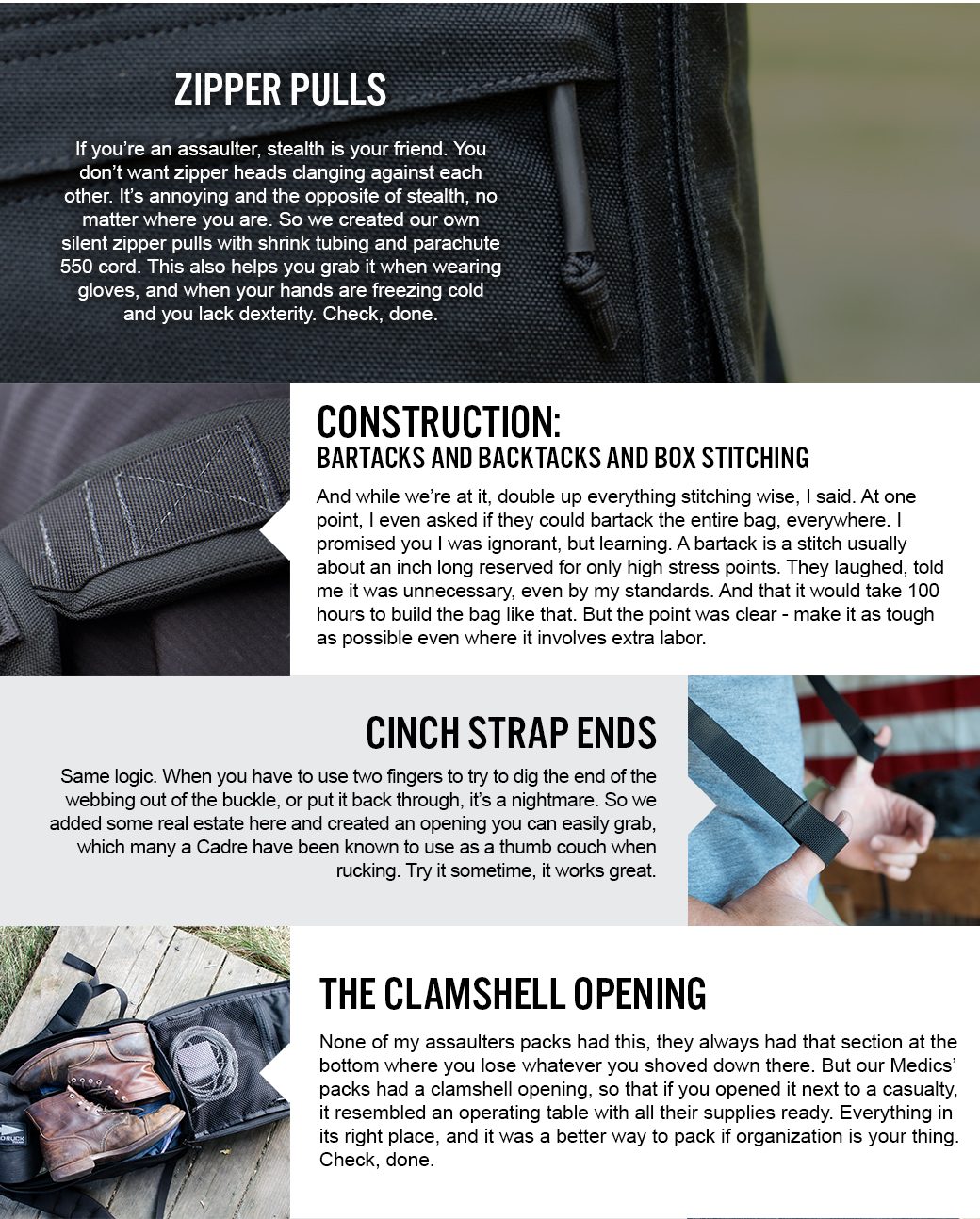 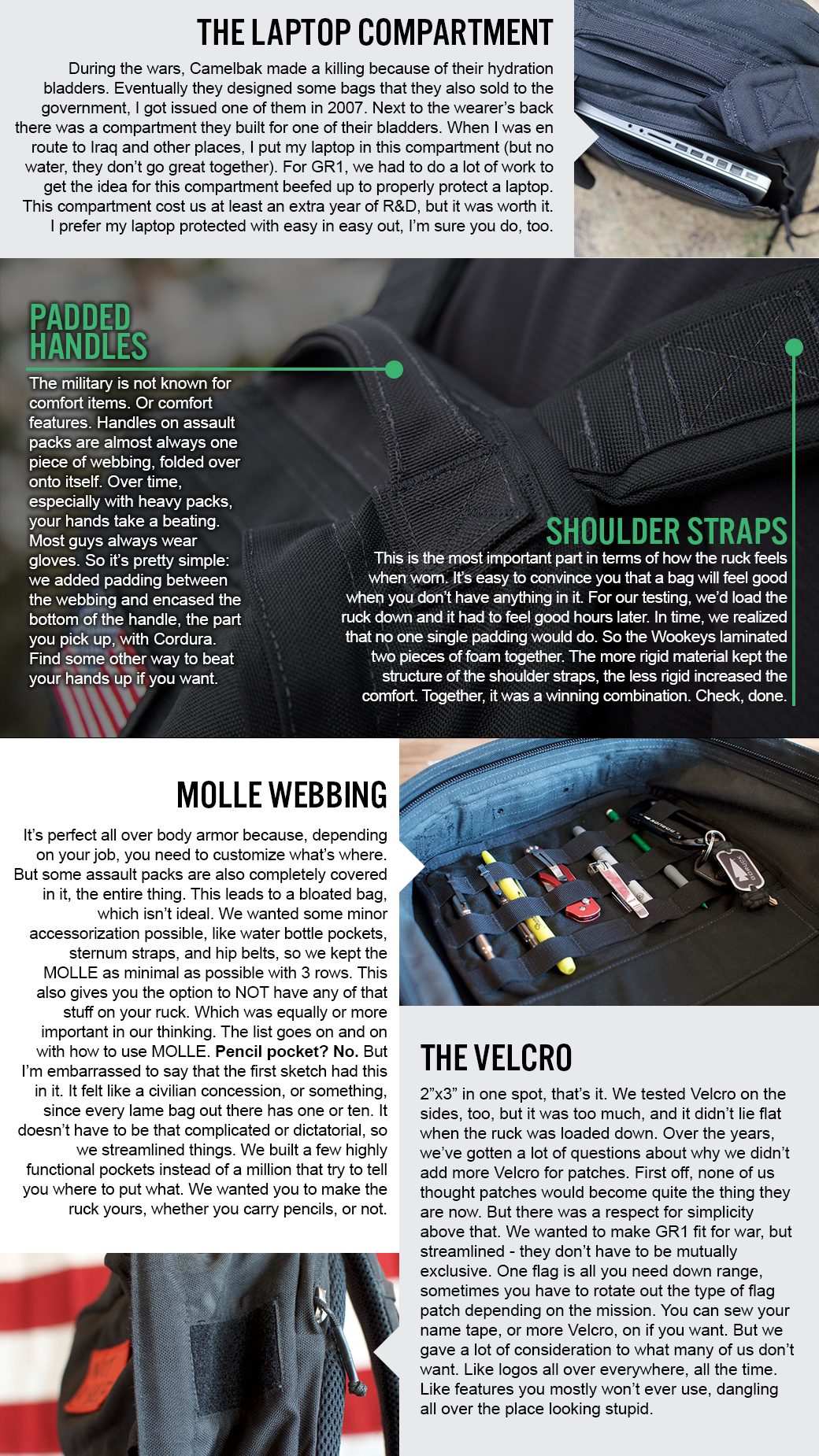 Less is more, more is lazy is our design philosophy. There’s been no shortage of creativity in how people have customized their GR1’s. Which is our goal, that you take GR1 and make it yours. No matter where you’re going.

So, a little bit of luck and a little bit of not knowing any other way, and GR1 became Baghdad meets New York City. We took the toughness of my Special Forces bags but lost the obvious I-was-in-the-military billboard plastered all over them. Inspired by the aesthetics of the City, we gave it a timeless beauty like the Stars and Stripes, Marilyn Monroe, a vintage Harley Davidson, and Monster. Yes, Monster is in good company, so is GR1 – that was always the goal. You gotta dream big in this lifetime.

GR1 is five and some change years old. We’ve scaled from shipping them out of my basement to ordering 15,000 at a time, and seeing them on adventures all over the world. I’ve made peace with not going back to war, with being a civilian. I’m a lot more comfortable at home in America now than I was in 2008, I’m proud of our non-profit work through Java Forever, and GR1 remains a piece of gear with uncompromising quality, now as always. My buddies still take it to war, cities the world over are no strangers to a simple black bag, comfortable in any and every environment.

And we still have a desire to change the world at GORUCK. To represent the best of American manufacturing, to honor our Special Forces roots, to build bridges, to give back to those we can never fully repay. But though ideas will always inspire us, the work to see their reality is long, and hard, and sometimes it starts with just a napkin sketch.

If you have a dream for something in this life, go for it and make it a reality. Ours proudly started with GR1.