The trips I’ve made back to Vietnam with Jason, Paul and Andy brought back many memories – some good and some not so good – but one gemstone has been our times at the Caravelle Hotel in Saigon.

I was introduced to the Caravelle and its rooftop bar during my first tour in Vietnam. While traveling to Saigon for debriefings of some of the operations I participated in a good friend took me to the Caravelle’s rooftop bar for beers and to enjoy the scenery. As a young soldier I didn’t feel like I was making history, but felt like I was among those who were. The Caravelle was full of foreign diplomats, senior military personnel, journalists and some who I suspected (right or wrong) were intelligence agents attempting to gather information. It was a heady time for a young sergeant who was a bit full of himself. 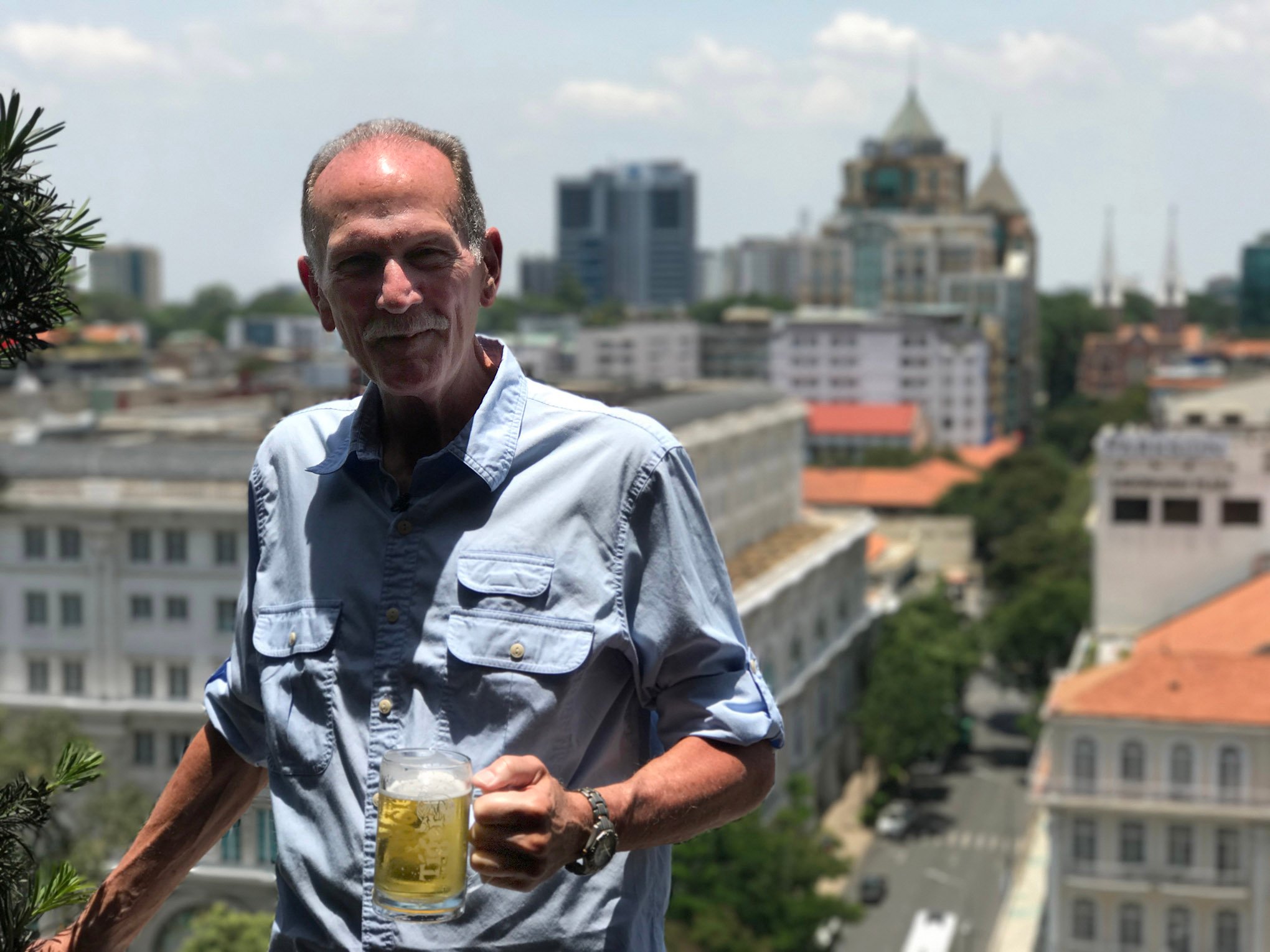 There was an air of expectancy surrounding the entire goings on at the bar, as if people expected something to happen at any moment. It was an exciting adventure watching the flow of the crowd, listening to the conversations and hearing the clinking of glasses as everyone enjoyed themselves – as if we were all in another universe. Then off in the far distance I, and many others, heard the crump of incoming mortar shells at the edge of the city and were quickly brought back to reality. I wasn’t sure what to do or how to react, but my friend did – he ordered another beer and the band, sensing the situation upped the volume of their music and we watched “the war”.

Each time I returned to our camp in Ban Me Thuot and reflected on my trip to Saigon the time I spent at the Caravelle seemed like a dream – so out of place with what I knew operationally, but also a perfect counterpoint.

The Caravelle will always be one of my favorite memories and go-to places in the world.