There’s a reason why the Rangers, the Green Berets, and many other Special Operations Units use unknown distance ruck marches to assess candidates during selection and build grit during training. The ruck is often called “the ultimate equalizer”. It can make a 250lbs linebacker fall by the wayside while a 140lbs teenager drives on. The ruck does not discriminate and it does not relent.

But those who really know, know that the unknown distance march isn’t about the weight of the ruck or the number of miles covered. It’s about the uncertainty – the ability to endure continuous hardship for however long it takes. It’s about learning to focus on the mission, not the moment. Ruck marching is a painful endeavor to begin with, even when you know how far you’re traveling. But walking an unknown distance at night over punishing terrain teaches you a lot about yourself and your teammates.

The one penetrating thought that seeps into your mind amidst the strain and the pain is whether or not you will quit. Will you break when it gets hard, the finish line is nowhere in sight, and you just want it to end? Or will you find the strength to keep pushing, to lean on your teammates, and complete the mission? Sadly, it’s the ones who take a knee on the side of the road that never get back up and never see what’s at the top of the hill. 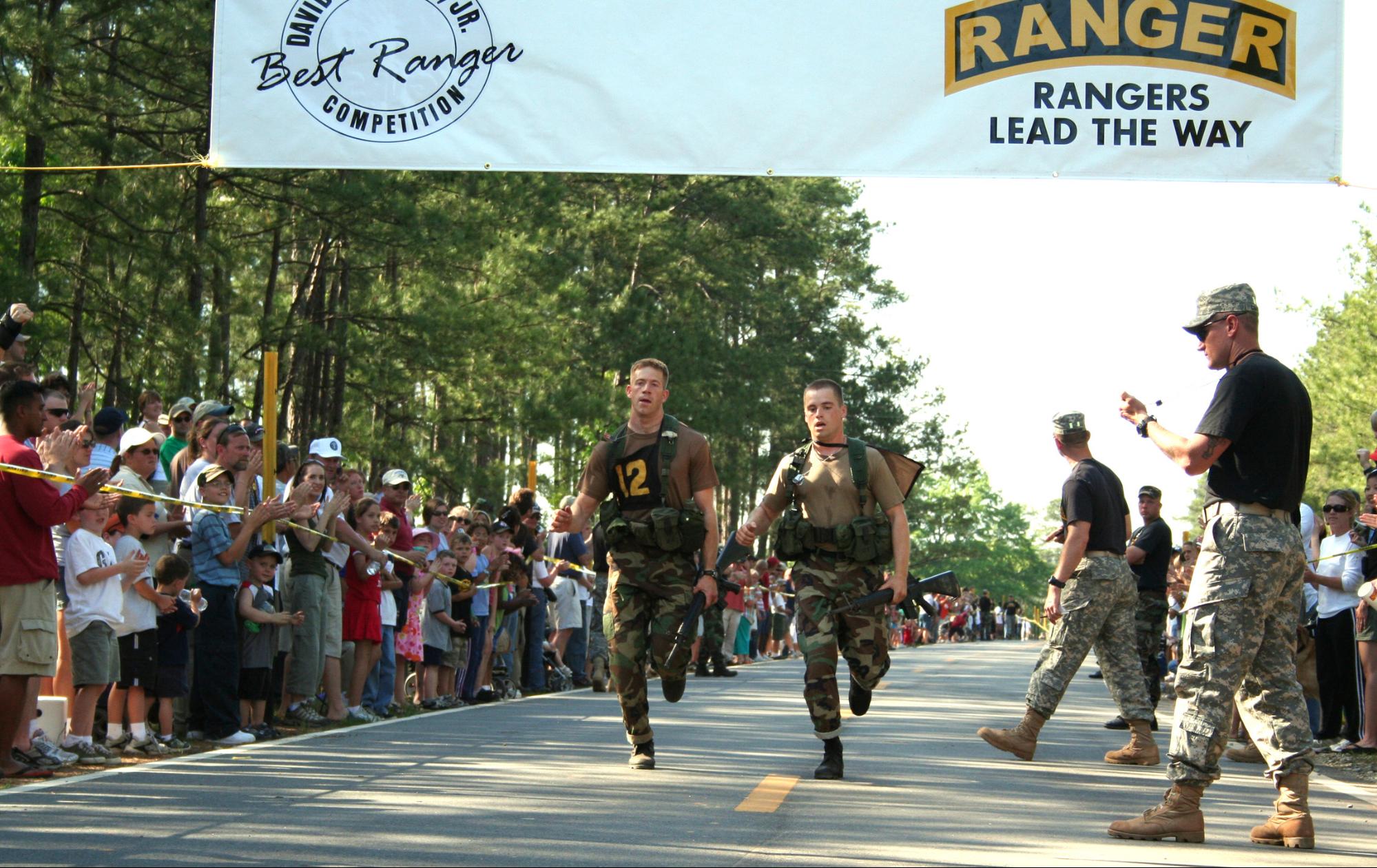 In 2006, I had the privilege of competing in the Best Ranger Competition and the unknown distance march put a microscope on my resolve and my reliance upon my teammate. Jeremiah Pittman and I stepped out, like the rest of the teams, at “0-Dark-Thirty” and I knew it was going to be a rough night. Seven years earlier, I had learned an important lesson about myself during the grueling 61 days of Ranger School. You can starve me, you can smoke me, you can load me down with weight and you can make me walk for days on end. But sleep deprivation is my weakness.

The Best Ranger Competition is like an Ironman on steroids. It’s 60 miles in 60 continuous hours with no sleep, interlaced with common Ranger tasks and tactics like shooting, land navigation, parachuting, obstacle courses and other events to push the limits of endurance. The mission for every competitor standing in their two-man buddy teams at the starting line is simple: cross the finish line. Most do not accomplish their mission. The march started after the first 20 hours of non stop competition and I was exhausted. Though always a strong ruck marcher, a few miles in I was droning (falling asleep while walking) and hallucinating. We had no clue how long the event would last. The only instructions were go! Until you’re told to stop. Relying on my teammate, I kept putting one foot in front of the other as he nursed me with packets of electrolytes, sugary drink mixes, candy bars and encouragement. It was miserable and I just wanted to stop and go to sleep. But I didn’t. I wasn’t going to let my teammate down.

The musky Georgia night lurched on one footfall at a time. Walk the uphills, run the downhills. Hope began to stir as we passed other teams of Rangers, giving them a thumbs up and a word of encouragement as they dropped behind us two by two. Jeremiah knew just how to awaken me fully, “hey, let’s start counting the bodies we pass and just run our race, B.” 1 Team…2…3…4…the teams would emerge on the horizon and fall behind us to the road. Jack and Jill. Up the hill.

Eventually, the sky tore open and a southern storm erupted upon the pines and the asphalt. We dropped the hammer and ran most of the miles thereafter. When we finally emerged into a clearing and were told to get on the trucks, only two teams had made it in before us. We would go on to place 3rd in the competition, but I never would have seen the finish line without my Ranger Buddy.Those lessons stay with me today, as our country finds itself in the middle of an unknown distance march, stuck in social distance, taking it all one day at a time. I hope sharing these lessons will offer some perspective that will help you to take care of each other and see this thing through.

Some lessons from the under the ruck:

I know you want this to end, I do too, but it’s not going to as soon as you want it to. When it does, I don’t imagine life will look the same as when the quarantine began and I hope you are not the same, either. I hope you are taking every lesson this road is offering you.  So take a moment and ask, what are you learning about yourself in the midst of your unknown distance march and who are you leaning on? 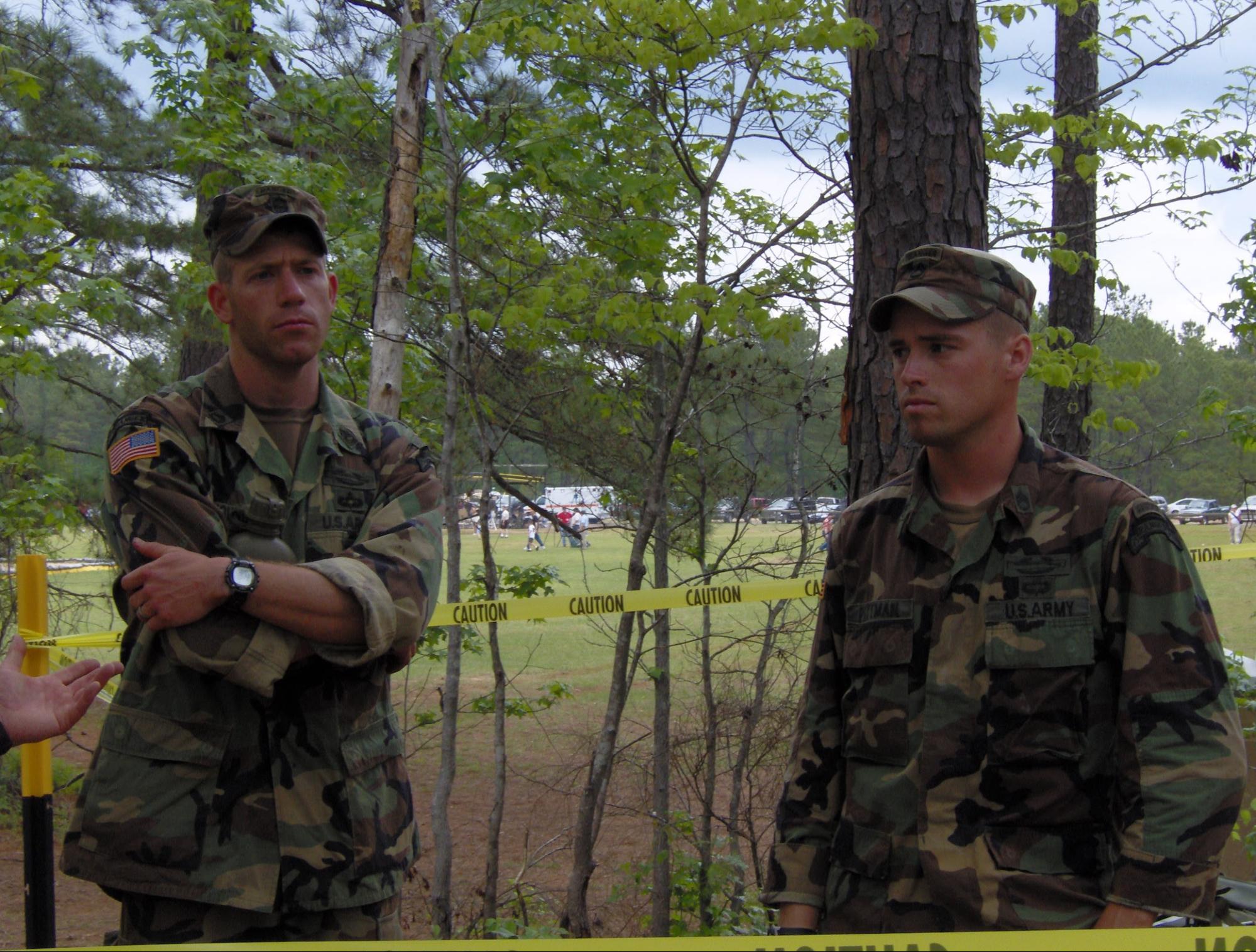 Brandon Young is a former US Army Ranger and Co-Founder of Applied Leadership Partners. He is most passionate about faith, family, community, and the mountains.