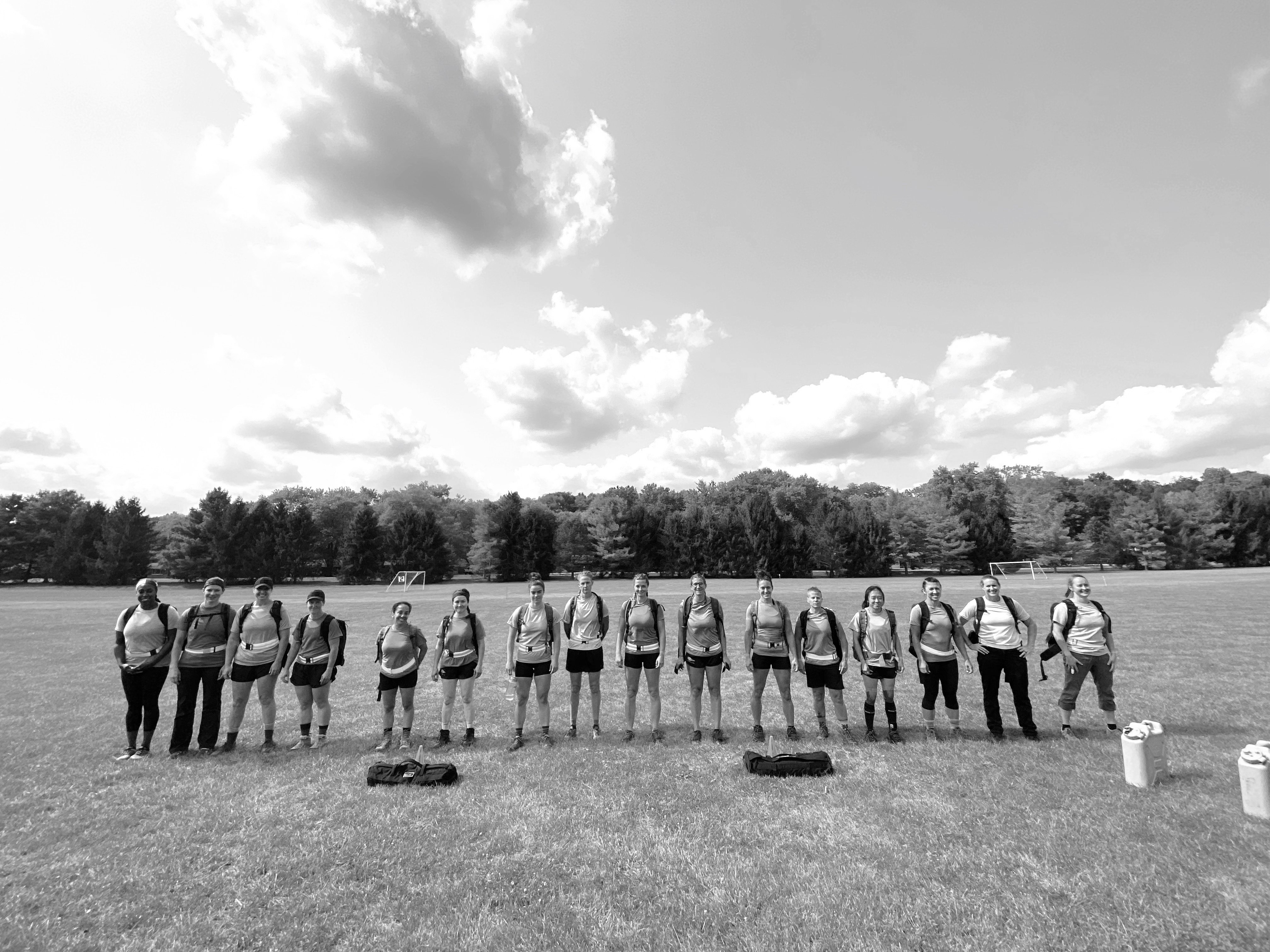 As humans, we must do hard things to reach beyond our potential and expand our capabilities. It is through struggle, failure, re-calibrating, and perseverance that we learn to succeed. Within that struggle we often motivate others who see us, to do their best too. Being a witness to someone else’s success elevates us; we want to achieve tougher goals because we’ve seen that doing hard things is possible.

GORUCK embodies this idea, and has since its beginning.

Most recently, we observed this demonstration of the human spirit at work during Team Assessment, where teams of women showed up in force.

But First, the Origin Story

The first GORUCK event, the Challenge as it was then known, took place on September 26, 2010, in San Francisco. As the Challenge participants grew in numbers, so did the desire for something more difficult, elaborate, and taxing.

Known as the toughest endurance event on the planet, GORUCK Selection is 48+ hours of physical activity and 80+ miles of rucking. Modeled after Special Forces Assessment and Selection (SFAS), it is meant to be an event that tests hearts and minds; only the toughest people survive. On top of that, the standards are the same for men and women. Less than 3% of people who have attempted GORUCK Selection have finished, including just one woman, Paige Bowie. She was the sole finisher of class 003 in 2013. Though many women have attempted Selection (and have passed the PT test) since Paige’s success, there has yet to be another female finisher.

A conversation within GORUCK started in 2018 about creating a women’s event to showcase the strength and toughness, both physically and mentally, of so many of the women who do GORUCK events. Women who have shown up since the beginning, called the ‘strong links’ and mostly quietly acknowledged for their achievements.

Selection was not the answer. Sure, a badass woman had already passed Selection and yes, there’d be other women to pass again. But Selection had to uphold a precedent – 45 pounds of dry weight in a rucksack for the entire 48 hours. For many women, this is an incredible percentage of their body weight. It’s not the same sport for a 125 lb woman compared to a 185lb man.

So one day, Jason McCarthy and others at GORUCK HQ slapped the table and decided a female division of Team Assessment where the rucksack dry weight was 20 lbs would be the proving ground for GORUCK Women. 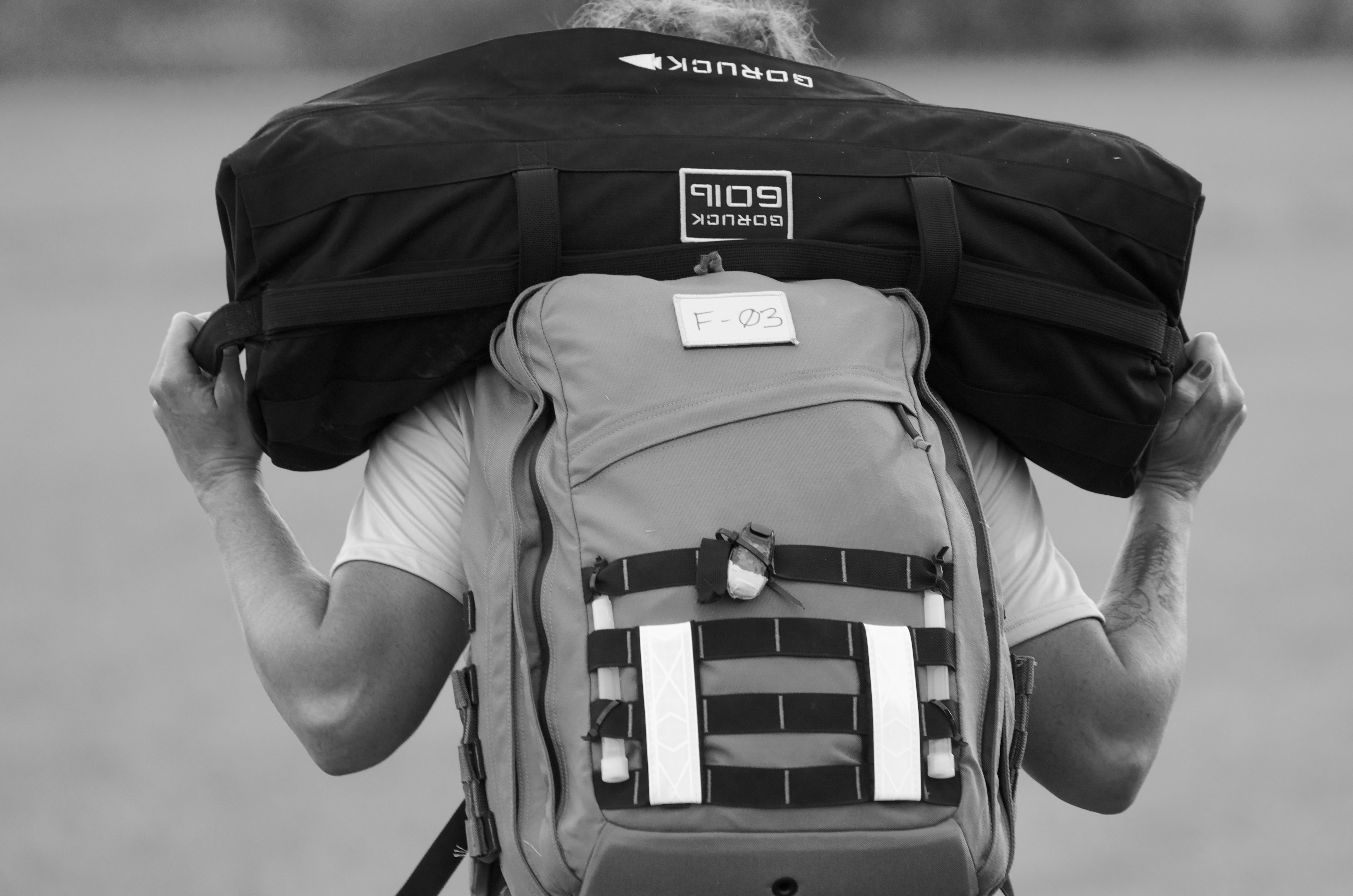 Creating a female division in Team Assessment gained traction. Team Assessment is a 48+ hour endurance event where teams of two compete against other teams of two in a series of challenges outlined by the Cadre. One team has the opportunity to win, if any still remain, and all teams meet the standard, they become official finishers. Physical demands mimic those found in SFAS. Selection notwithstanding, Team Assessment was tougher than anything offered to date, while being accessible to more than a handful of women on the planet.

The Skeptics Weigh In

Others believed that GORUCK events should be more like other sports that have women’s and men’s divisions. If female and male qualification times and weights in Olympic sports are vastly different, there should be different standards for GORUCK Team Assessment as well.

In late 2019, GORUCK decided to move forward with creating a female division in Team Assessment. At this point, the event had already taken place once, but only one “open” division was offered. The addition of a female division and an early bird incentive price sent sparks through GORUCK’s Badass Babes community. Over a hundred females signed up within the first weeks the event registration was opened.

Many women were encouraged when they heard the announcement of a female division of Team Assessment: 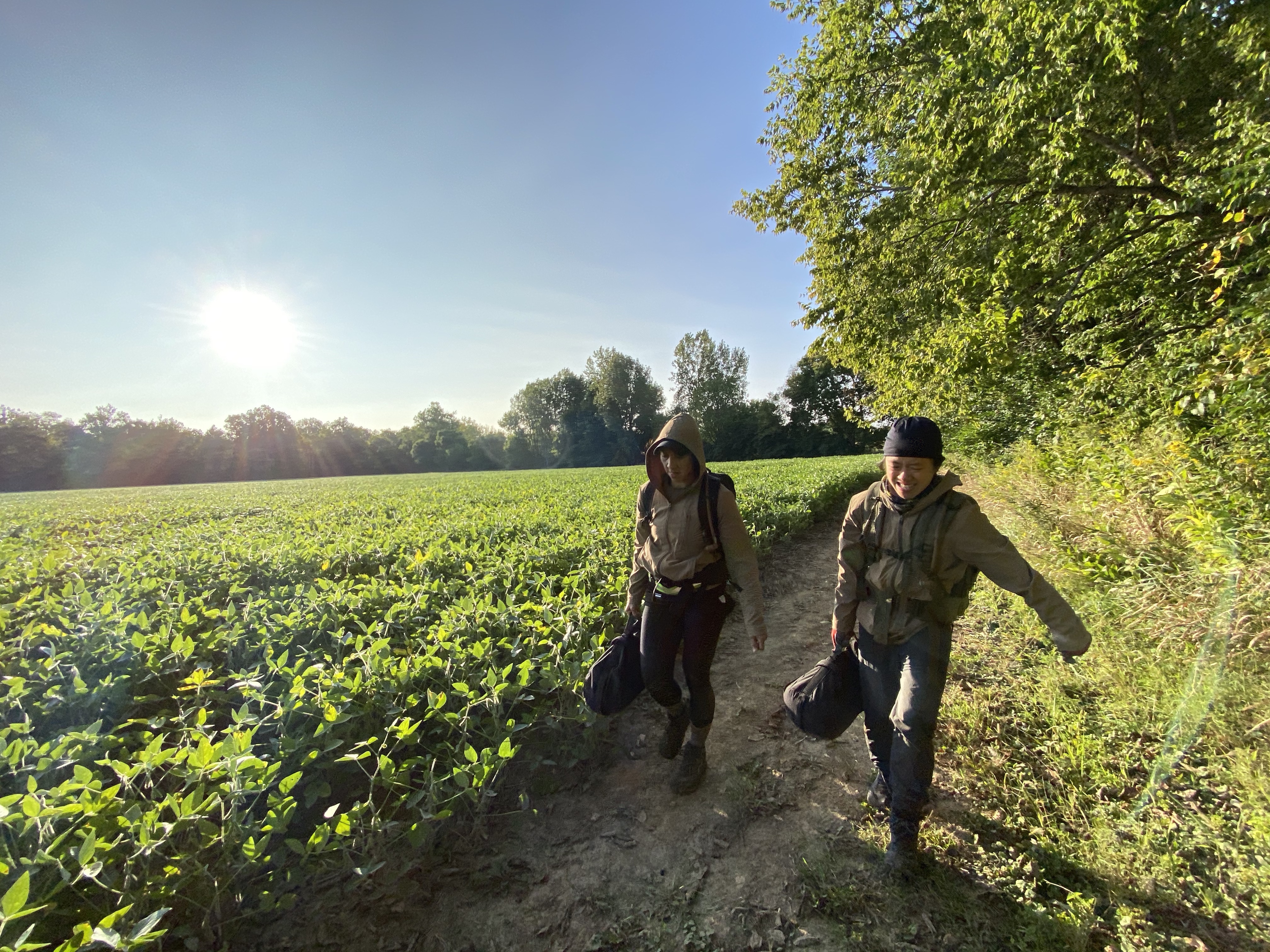 “I wanted the opportunity to test myself and compete against the best women in GORUCK. Selection was out of reach, due to the dry weight requirement, but [Team Assessment] was a goal that I could pursue…This event was about more than just trying to win. It was also about showing that women of all ages and sizes could step into the arena and have the opportunity to prove what they’re made of with the best of GORUCK.”  – Jennifer Lee

“I decided that after what I saw [at Team Assessment] the first year, this was the next big challenge that I could go after, that wasn’t Selection. When the [female division] weight was announced I knew it was something very doable.” – Virginia Nickelson

You Never Finish Anything You Don’t Show Up For

Originally scheduled to take place in May of this year, Team Assessment was postponed for many months due to COVID-19. There was a substantial amount of attrition for both the open and female divisions, yet, eight female and nine open division teams still showed up at the start point in Bellbrook on September 17, 2020. 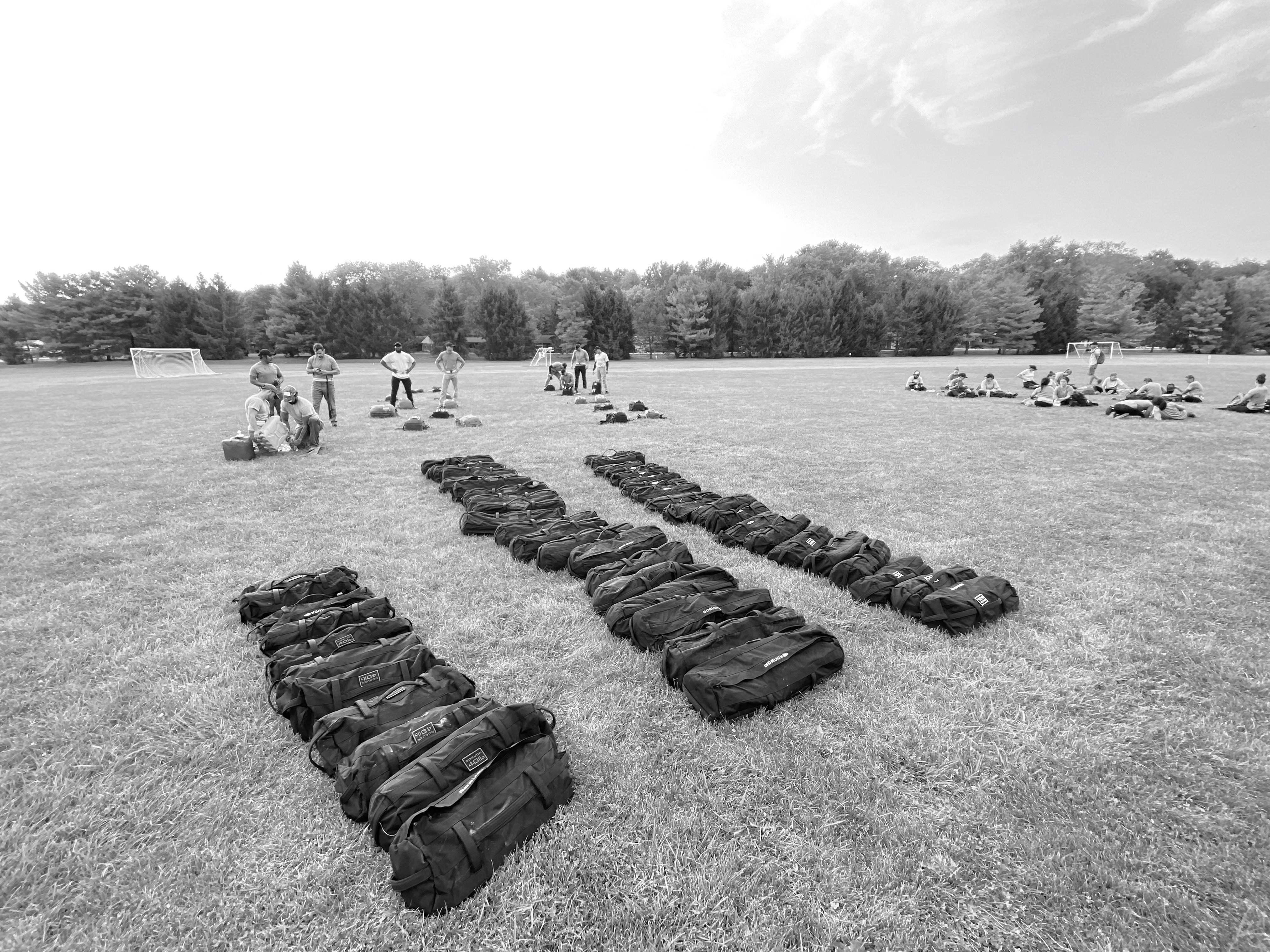 After the event got underway, the Cadre were impressed by the female participants and how well they worked on their teams. Jason stated, “Women have been rucking at GORUCK Events since the GORUCK Challenge class 001 ten years ago. But this year’s Team Assessment Female Division is proving to be the most interesting GORUCK event in a long time, for me. Not to discount the men, but I know that world well, and hell, we just did a documentary about Selection. Here you have 8 teams of women (and one woman in the Open Division) showing up for a 48 hour event. Gravity is very fair – the sandbags are heavy, the ruck is heavy, and it doesn’t stop. It’ll be in the 40’s tonight, and dawn will bring more work and miles, and then more. And then more. Whatever happens, you never finish anything you don’t show up for, and I’m proud to be here to see them do the work as teams.” 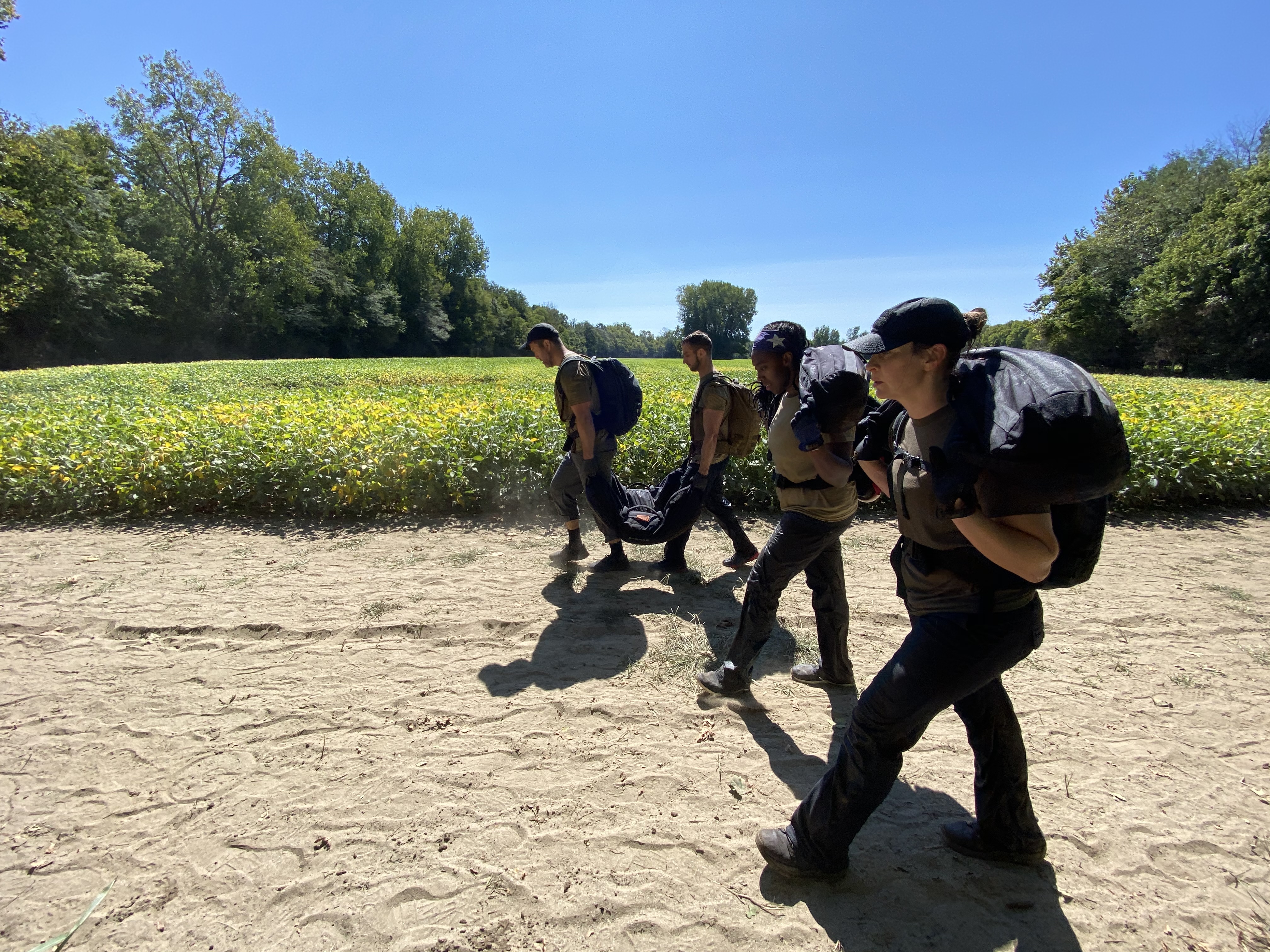 The opportunity was laid before them, and overwhelming majority of the teams rose to the challenge. With the entire GORUCK community watching, the women persevered through 48+ hours of evolutions. Many faced challenging moments, but they were able to help each other during the dark times. 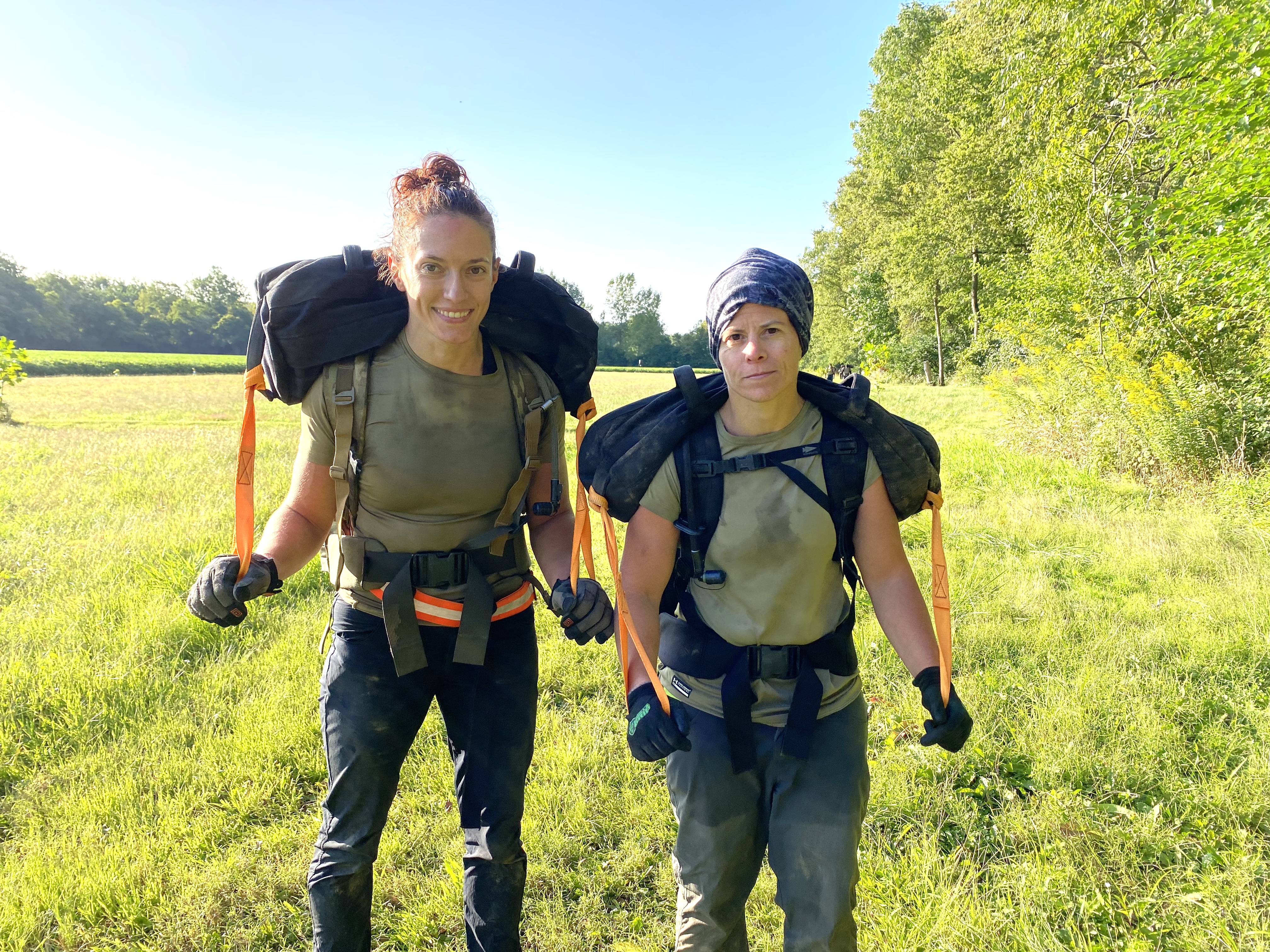 “The most challenging moment for me was the second night, I started to hallucinate. That 1 mile loop over and over again with not enough food and complete muscle exhaustion, I started seeing s***. I was aware of this, and after asking a few badass babes if they were too, it put my mind at ease. I knew the sun was going to be coming up soon and that would give me the last boost I needed to get patched! Caitlin and I were a great team, we communicated openly and honestly. We pushed one another and kept breaks to a minimum. There was not one moment that our morale had faltered.” – Jackie Rothman

Over the course of two days, people watched online as the female division held steady, solved problems, persevered, and excelled. In the end, the women expressed how it felt to finish this inaugural event. 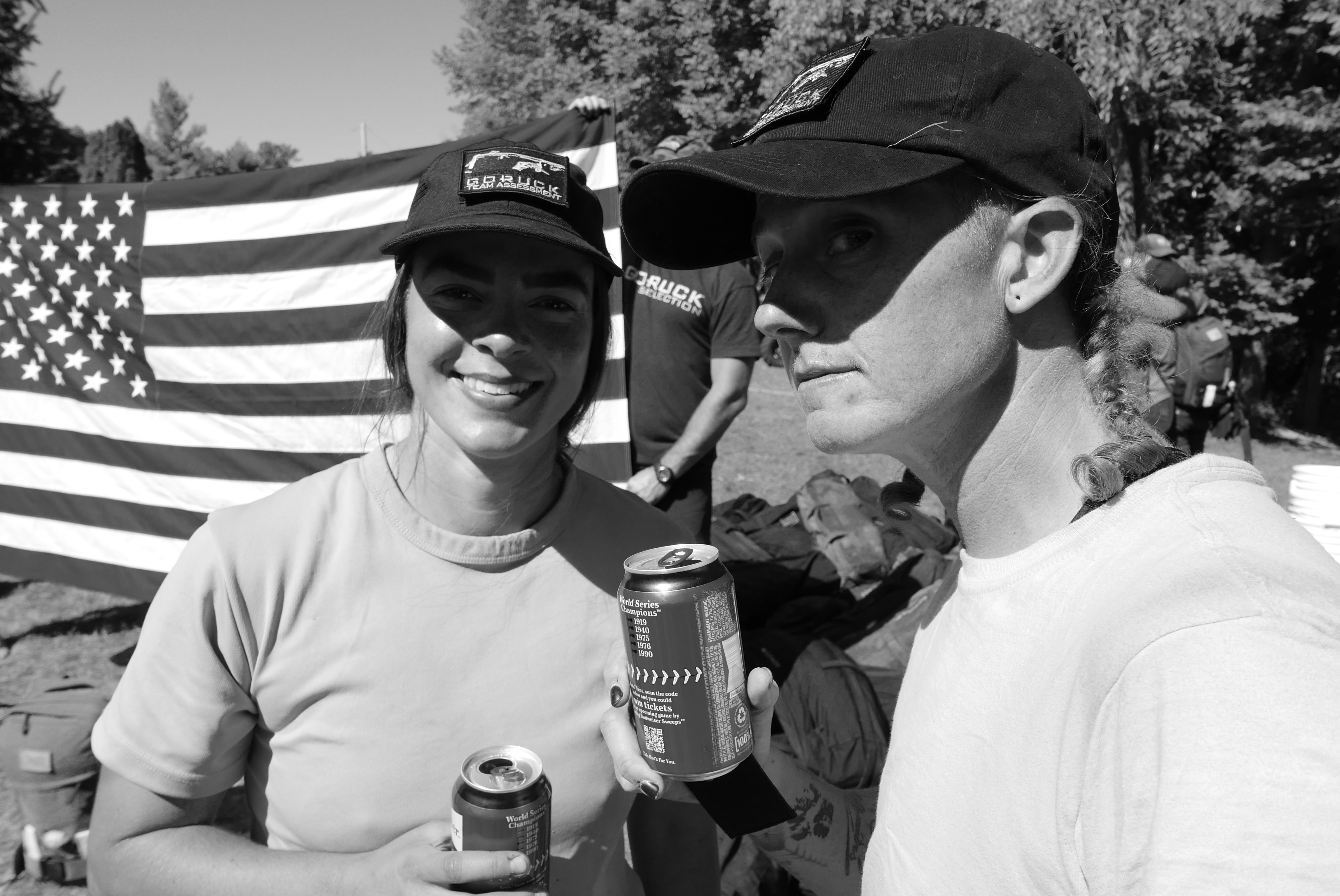 “I felt a lot of emotions at Endex – happiness, sadness, joy, relief, gratitude. Most importantly I felt proud. Proud of myself and what I had overcome and accomplished to get to where I was in that moment, but also proud of my partner. Without Jenna I would not have been able to finish Team Assessment. Most importantly I am proud to call her my friend.” – Rachel Lotz

“RELIEF AND PRIDE. I knew when we lined up and bear crawled we were at the end. When Mocha talked, I just lost it. I was overwhelmed with so many emotions. We did it!  We F****** did IT! I grabbed Virginia’s hand. We did it together, we accomplished something we thought was unachievable. Virginia is the friend I always want beside me. I know she will never give up for me…and I will never give up for her. She is my friend and my sister.” – Casey Hubbard

“Even when I’ve finished challenging HTLs or Star Courses, I’ve never felt as emotional as I did at Team Assessment Endex. Mocha Mike’s speech had me fighting tears. I was relieved and overwhelmed. I couldn’t believe I’d finished something so grueling and brutal. Going in, I had no doubt I could do it but there were many times during the event that I just didn’t see how my body was going to be able to keep going. When we were patched, I was so proud and so happy for everyone that had completed this elite level challenge. I kept saying to Shannon “Holy [S***] We finished Team Assessment!” – Alicia Tomlinson

Witnessing seven female duos finish Team Assessment inspired the GORUCK community to do difficult things. We all were reminded that putting in the work and testing ourselves is fulfilling.

As Olympic sprinter Wilma Rudolph said, “Never underestimate the power of dreams and the influence of the human spirit. We are all the same in this notion: The potential for greatness lives within each of us.”

To the female teams who finished Team Assessment: we salute you for doing what no other women have done before. Thank you for raising the bar and for inspiring us to venture into the unknown, with our hearts open. 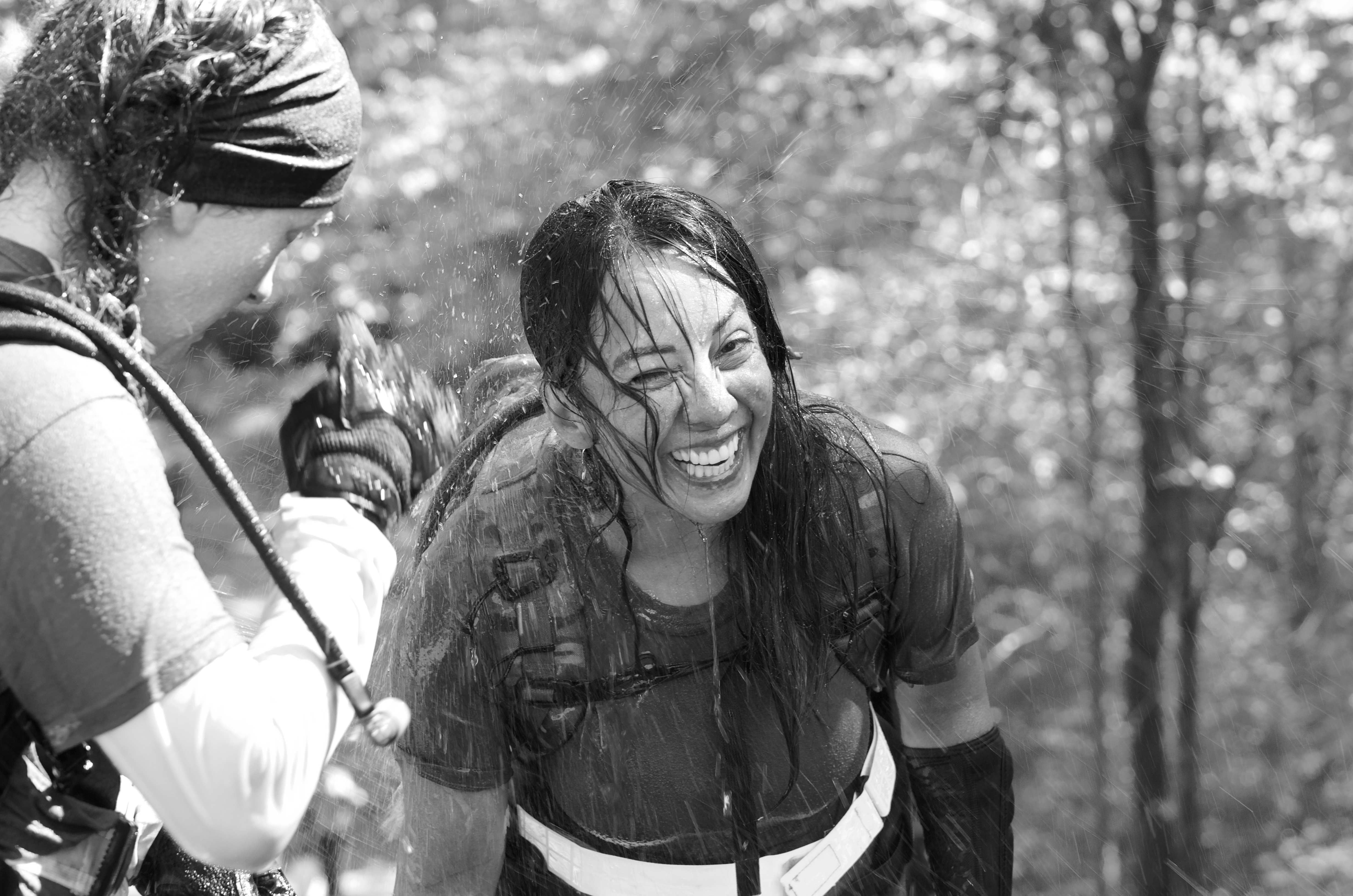 About the Authors: Written by Jaala Shaw and Emily McCarthy, inspired by the Badass Babes of GORUCK.