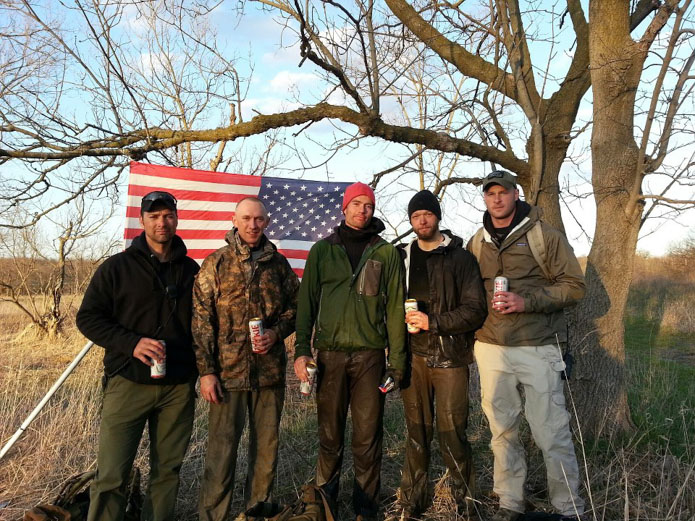 My first shot at Selection was class 002. I VW’d around hour 17 for a number of reasons that were mostly mental; but I will focus on the physical here. First and foremost I rested on my laurels and got my ass handed to me for it. I spent eight years in the infantry and therefore thought I was the king of carrying heavy stuff and walking a lot. As a grunt you do become an expert at all of these things but they also tend to happen over the span of week/month long training exercises. Selection does not simply mimic normal training days; it condenses weeks of training into 48+ hours. At 002, I turned myself in to Lou and he got me back to the team house, I was broken and stupefied that I had been beaten so easily.

I started training up for another shot almost immediately. Thankfully living on Ft.Bragg there are a lot of Special Forces personnel to seek advice from. I was advised that I needed to condition my legs for ultra long distances and weight without destroying them in the process. This is where I had to think outside the box; meet any 40+ year old infantryman and he is probably hobbling around like an ninety year old. I was realizing that little of the army conditioning standards I was used to have any focus on injury prevention or recovery.

I started hitting the stationary bike, a lot. Trying to stay on for at least an hour and incrementally working up to two or more hours of continuous cycling. I always kept the resistance as high as functionally possible while maintaining a high RPM that I would not let myself drop below. To keep things from getting stagnant I increased resistance every ten minutes to a certain level and then back down again, this also made my heart rate change continuously. The cycling was key for building endurance without a lot of impact on my joints.

Rowing and the Jacob’s Ladder were also key to success. There are a lot of Cross Fit gyms on Ft. Bragg so I could get these exercises knocked out at least twice a week. I added mental factors to both of these machines in setting high goal marks or by setting requirements for stopping that I could not control. Average distance on the C2 Rower was between three and seven thousand meters, but every once and a while I would stay on for ten thousand or more to see if I could stick it out. For the Jacob’s Ladder I would try for twenty minutes or more; but the real challenge was having my wife meet me at the gym on her lunch break and staying on the ladder until she arrived. The key is that sometimes she would show up in five minutes and sometimes fifty, I had no control in the matter; all I could control was staying on the ladder or quitting. I would also frequently load up my plate carrier with 45lbs of stuff and do step up exercises on a picnic bench while playing fetch with the dog.

Anyone who was part of Bragg Heavy 001 will remember the tank trails, “where Q course hopefuls go to lose their souls” according to Cadre Garrett. Those trails are my backyard and I take full advantage of them. I can let Axel off the leash back there so at least twice a week I load up a pack (25-35lbs mostly but 50lbs the few weeks before Selection) and clock six to ten miles or so. I also trail run with a lighter pack (15-20lbs max) back there occasionally. I’ll set a countdown timer for thirty minutes and run at whatever pace, cool down, and repeat. If I had a time machine I would have used straight pavement a little more often; we pounded a lot of pavement at 005 and your ankles and foot soles can tell the difference (understatement).

On the softer side I knew that little muscles and connective tissues would play a big role in an event this long and grueling. I walked the dog barefoot on the sidewalks at least three times a week which quickly toughened up the bottoms of my feet (just make sure you use a pumice stone in the shower to remove overdeveloped calluses as they will come off when wet in the worst painful way). In conjunction with the bare feet I researched and practiced the POSE running method to try and do things right. During Selection the very least this did is majorly blister proof my feet and give me an alternate way of running/walking when parts of my feet were bruised/cramping up.

Yoga, Pilates, and stretching were invaluable part of my training. My recovery times after 002, Bragg Heavy, and the Charlotte Challenge the weekend prior were super fast and pain free. Problem is, flexibility takes time; I have been doing yoga twice to three times a week for three years now and it is something you have to keep at. Stretching is like exercise’s flossing, it is really hard to start and keep doing. All the little muscles, tendons, ligaments that fail and make people quit are strengthened by yoga and stretching. It is key, I would say the most important part of my training and the part that I will still be doing when I’m 80+.

Just as all my equipment comes from army surplus stores, I am on the thrift shop diet plan. With grocery options coming from either Wal-Mart or the Commissary I hope to convince some GRT’s that you don’t need $30 hippie snacks in order to be successful. I eat a wide variety of simple and simply prepared foods (mostly vegetables), I eat meat sparingly and then mostly fish and try to make sure 80-90% of my food requires refrigeration/has few ingredients and is minimally processed. I wish I was sponsored by Clif Bar because I use/love all their products. I also drink water and very few other liquids; I know it’s heresy in the GRT community but I drink alcohol very rarely.

Like I said, I underestimated 002 and paid for it. As I was climbing into the back of Cadre Chris’s truck, Cadre Lou casually said to me “It’s not for the weak or fainthearted.” It was like I had been stabbed in the chest; anyone who has gone for that coveted black and gold never wants to hear those words spoken at them. I was determined to kill this beast, no matter the cost.

Men go to war for adventure and patriotism but they stay and go back for their buddies. With one challenge under my belt and no one in my circle of friends who knew or cared about GORUCK, I set myself up to fail at 002. The demon told me that my wife would love me either way and that no one knew or gave a shit what Selection was, let alone whether I passed it or not. After getting to know the Cadre and making some invaluable friends amongst my 002 compatriots and Bragg Heavy/Chalotte Challenge finishers, I now had people who genuinely cared and wanted me to pass. That became my focus, not letting everyone down. Chanelle put it best: “I don’t want to read and answer all those sympathy messages so you better sack up and get that patch.”

There were a few little mental things that helped me as well. I love pace counts and I use my Ranger beads religiously so I GPS’d my mile pace count so that I could keep track of distances on unknown distance rucks. I also take my mind out of PT, I think it is an old basic training tip but I simply focus on the rep count and sound off as loud as I can; doing this seems to take my mind off the pain and prevents me from getting mad, which is what they want. It also shows Cadre that you are not sandbagging and can possibly take some heat off of you.