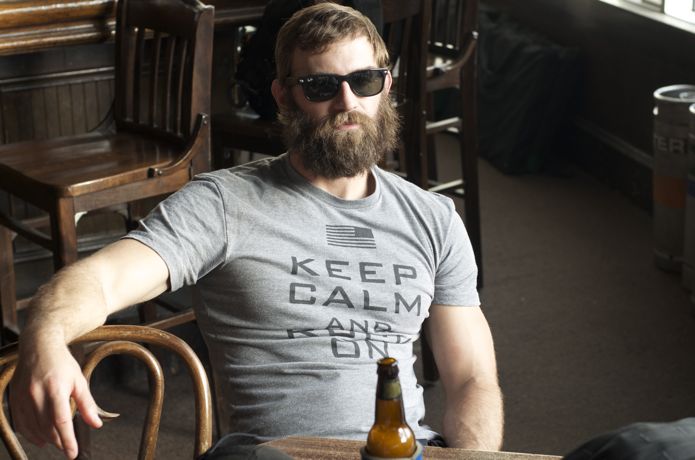 I met Kling at the Atlanta Scavenger two weeks before Selection Class 002. Rule #1 in full effect with the shades and all, but you never know what someone has inside of them till life gets real. And life got real at 002. 19 people started, but 24 hours in – with 24+ hours to go – Roster #009 (aka Kling) was the only one left. Selection is not about being better than the rest and it’s not a race – it’s about a standard. If you meet it, great. If you don’t, better luck next time. As Cadre, our job is to enforce the standard. We’re cold, callous, and methodical – same as our Cadre were to us back in the day. Truth be told, we want you to succeed, we want you to overcome, and we can show you how – at the Challenge. At Selection, you find out if you can make it alone, not how to make it together.

Lou texted me and then there was one when it was down to Kling. I was rooting for the guy – who wasn’t? – even as 8 of us took turns thrashing him over and over again. I love his story because I think he’s a testament to the fact that people are a lot stronger than they ever think. He endured a massacre and came out a better, stronger person. And my hope is that he’ll put what he learned about himself to good use. He knows what I’m talking about.  The rest of this post is entirely in his words.

I was stunned when I found out I was the only one left! Cadre Chris had been drilling us hard, and was blasting Petrizzo because he was a split second slower than me. “On your feet! On your belly! Low crawl! High crawl!!” Chris was relentless!! We were told to high crawl back into the water, and I was lying in the surf when I heard Chris tell me to stand up and turn around. He shined his flashlight down on the sand and asked, “what is this??” He was shining it on the tracks from our high crawls. One set went to the water, one did not. I looked at Chris and said, “where did he go?” 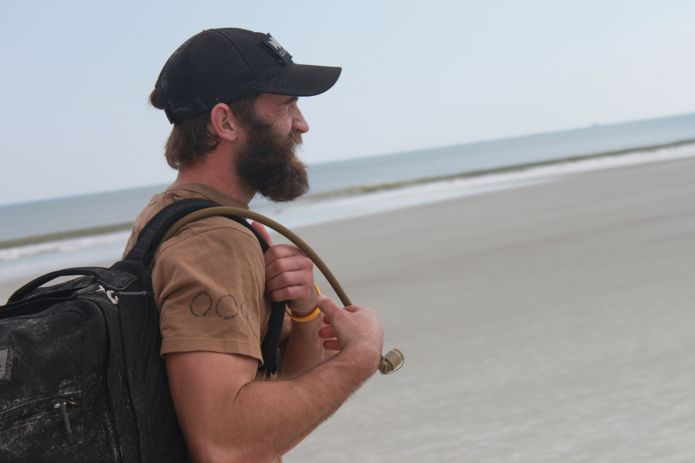 I was really surprised Petrizzo dropped. Kovac, Petrizzo and I talked on the march back from the zodiac about how there were three of us left (I think we were thinking about the three from 001) and we could make it. We’d stay together and push through the last 24 hours! It hurt to watch Kovac fall. That guy is awesome, and to see him in the sand, that sucked. I thought Petrizzo still had some gas in his tank, it felt like we were together for most of the stuff after Kovac left. I was definitely surprised to turn around and see no one but Chris standing on the beach. As for being alone against the Seven Psychos with over 24 hours to go?? I was okay with that. Looking back, it might have been nice to have someone there to distract the Cadre. But then, in the sand, I knew I could carry the burden. I knew I would survive. I focused on the task at hand, whatever it was, and just tried to push forward. 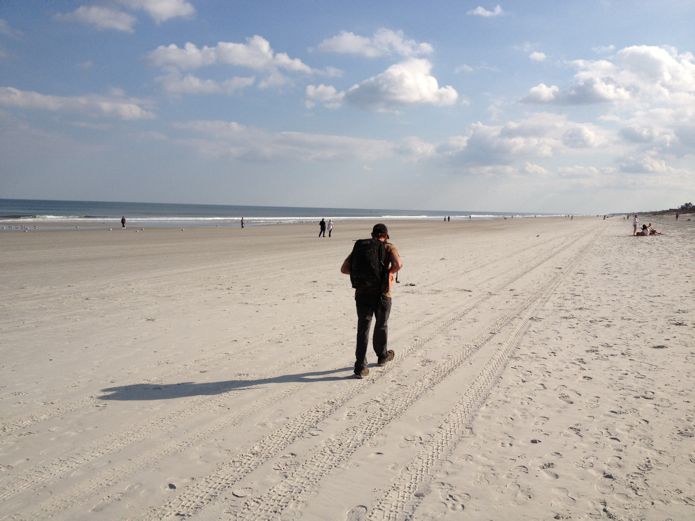 To back up a little bit, I wasn’t sure what the Cadre had in store for us to kick off 002 but I knew it wasn’t going to be pretty.  It sucked.  Immediately I regretted my decision to be here.  “Why are you doing this??  Why are you here??  You’ve done multiple Challenges!! What are you trying to prove?? This sucks dude!!”  My brain said all these things to me.  And then I told it to STFU because we weren’t going home.  We weren’t going to be warm for a long time. This is going to suck.  Get used to it.  The first night was a long one.  So long that I started to wonder if the Cadre controlled the sun.  I remember looking at the horizon, willing the sun to come up.  I was cold, wet, and tired, and needed some warmth.  The sun came up eventually, I think it was around nine or ten am. 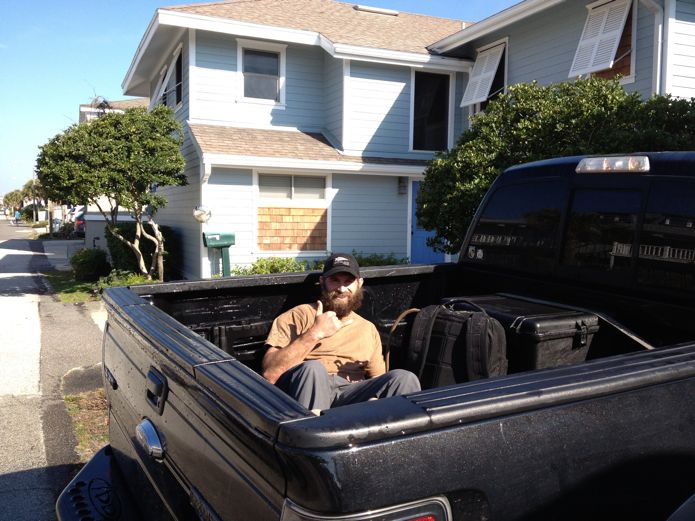 The second night was rough, not as cold as the first, but it was still a rough night for me.  Exhaustion, hunger, sleep deprivation all took a toll.  I was a mess and I knew it.  I also knew there was nothing I could do so I kept pressing forward.  Left foot right foot, left foot right foot.  Keep pushing. I was asleep on my feet.  At one point I was told to run down the beach and report to the next Cadre.  I had slowed to a walk and was out of it.  I opened my eyes to find I had turned left and was walking toward the water.  That messed with my head a little.  I KNEW that I was out of it, and couldn’t do anything about it.  Left foot, right foot.

Sunrise was nice.  While mentally preparing for Selection I thought about it as four sections of a course.  The sunrise on Saturday let me know that I was entering the last section.  I was happy.  And then Dan said let’s go for a walk.  I was tired and sore and my legs were destroyed.  Walking was a task.  My lower legs were cramped and swollen in ways I’ve never felt.  Sand and chafing were an issue.  I had sand in places that don’t see the sun, and that was REALLY uncomfortable.  My back and traps were worn out.  But I was on the last day, so I went for a walk with Dan.  It was a long walk.  I read Dan’s write-up about Selection, I knew that I had to take care of my feet.  I brought socks, lots of socks, and changed them when I thought best.  Even with strategic sock changing my feet were still worn out.  The long walk was tiring and monotonous.  I don’t remember a lot of specifics, just that the beach seemed never-ending.  I guess it was meant to grind me down, and it did. 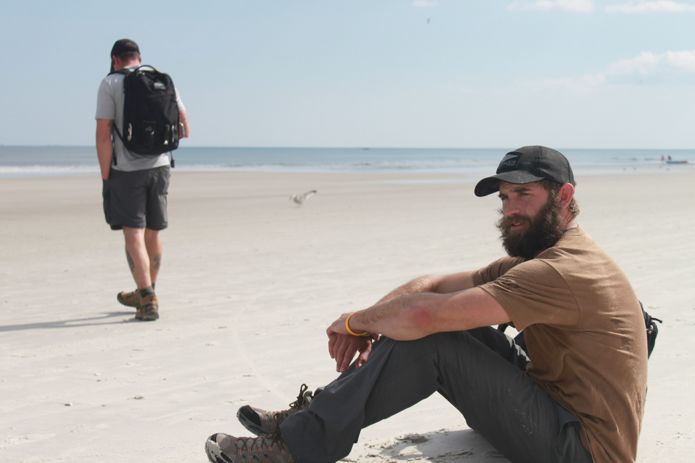 It pays to be a winner.  You’ll hear people say it.  You’ll hear the Cadre say it.  It’s a fact.  It was worth the extra effort every time because avoiding the punishment gave me just a little bit of time to recover.  I’ve found that any extra time you have that allows your body to rest and recover before the next evolution will pay dividends.  I didn’t have to be first every time, but I refused to ever be last. 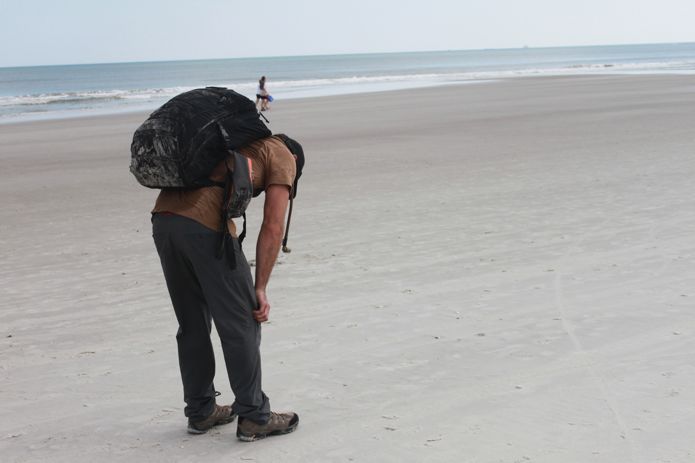 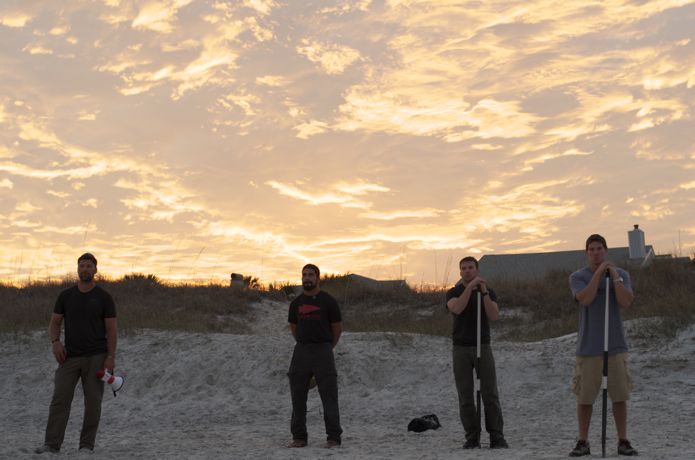 I was wrong.  It almost seems comical now, did I really think the Cadre would just give me a high five at the end of this walk and say “good job 009!”??  Under promise, over deliver.  The Cadre delivered alright.  That last hour and change of Selection was insane, as if nothing I was doing was good enough or fast enough!  Sand. Water. Up. Down. Cadre, Cadre EVERYWHERE, all Seven and Devin showed up (thanks buddy), THAT was nuts!! Repeat. Faster 009!!  HTFU 009!!  They made me fight for it until the end. Eight of the baddest dudes on the planet screaming at you, man that was intense! 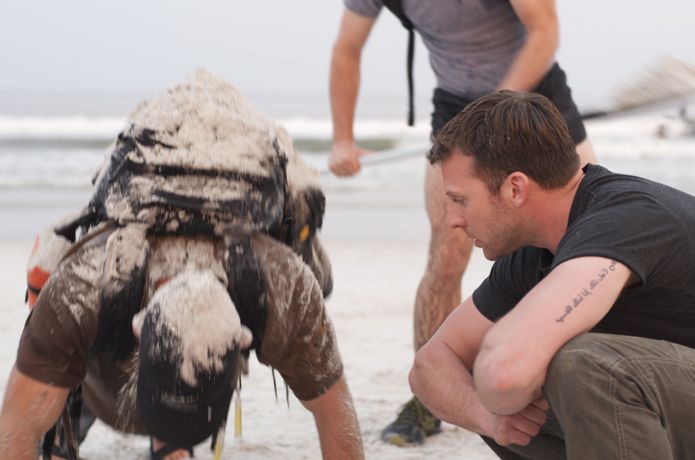 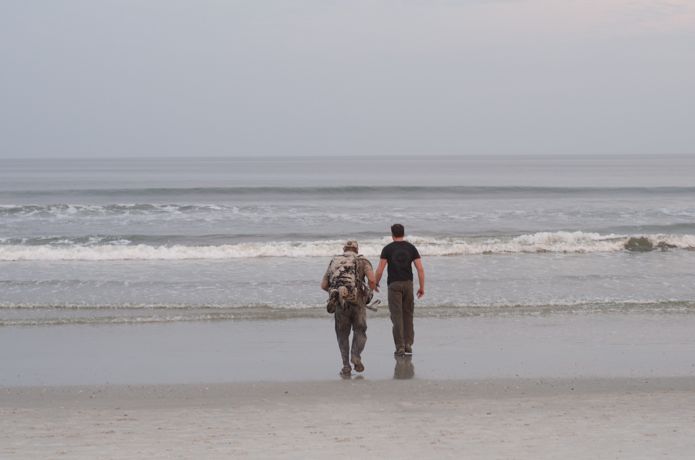 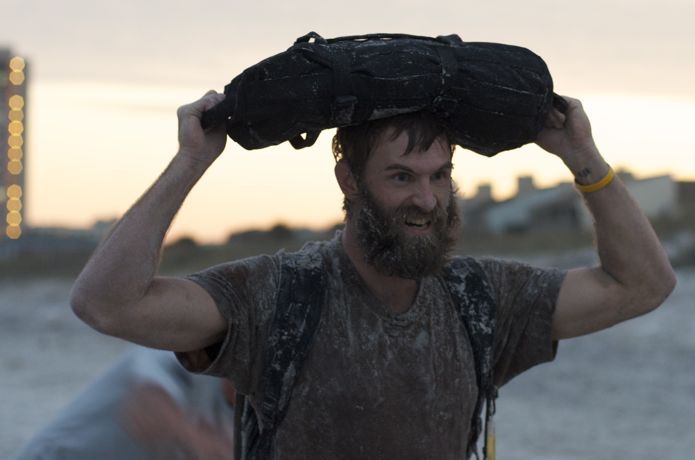 The Cadre are CRAZY!!  Sharks, pack of wolves, whatever you want to call them, they are NOT normal!! And coming in, I knew Selection was not going to be a Challenge.  After seeing Class 000 I knew that Selection was going to be far more intense than I had thought when I signed up.  When training for Challenges, you roughly know what you’re getting into (mileage, distance, teamwork, etc.). All I knew was to expect at least 48 hours of Hell.  So I thought about that.  I thought about Selection every day in the lead up to it.  I thought about hurting, screaming Cadre, quitting, others quitting, and persevering.  I thought about these things every day.  I grew a beard.  I called it my tactical beard and its sole purpose was assisting me in surviving Selection.  It was a great beard (just ask Chris), the most badass beard I’d ever had, because Selection was going to be the toughest thing I’d ever done! 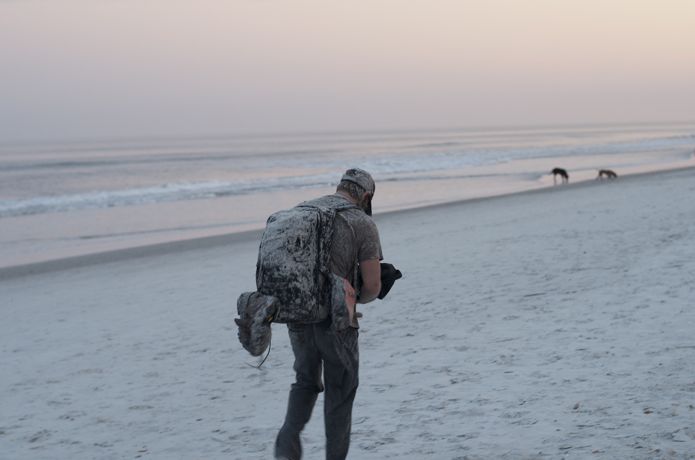 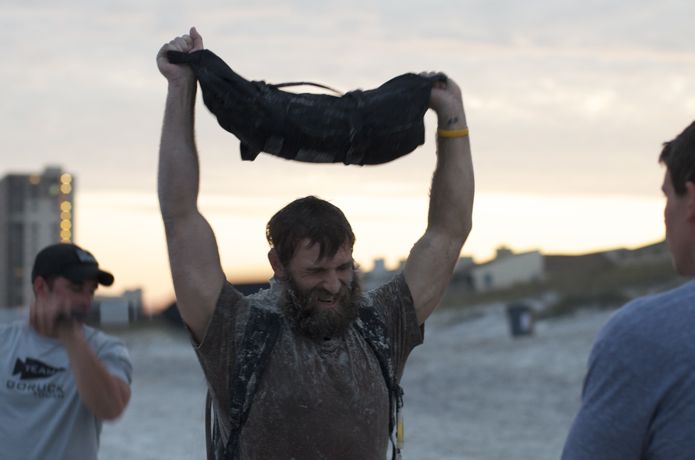 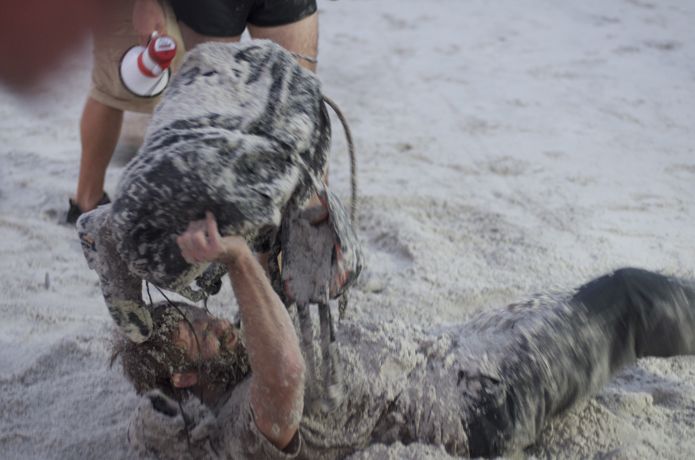 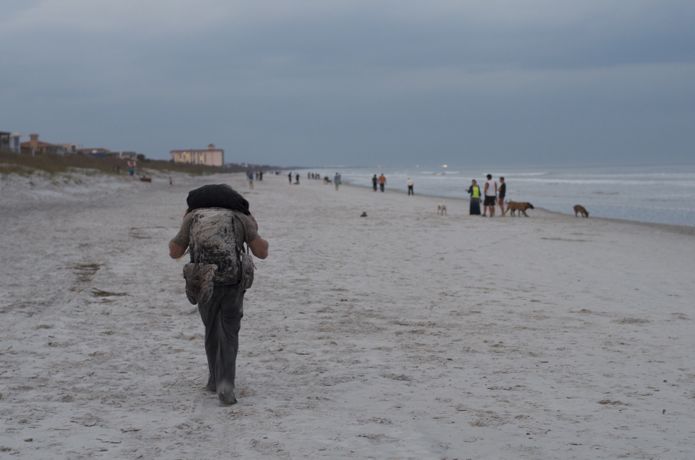 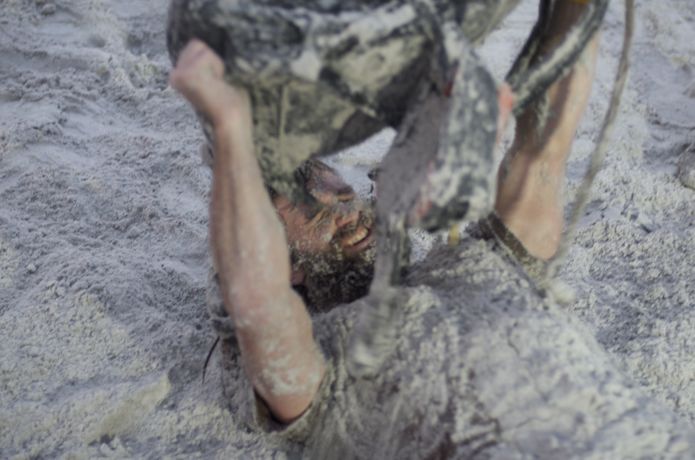 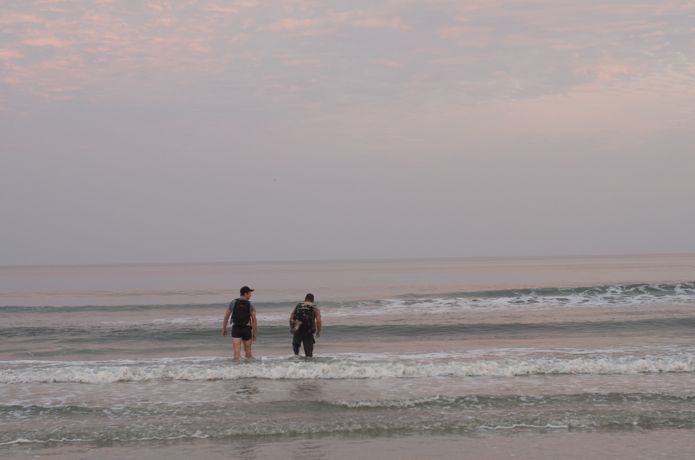 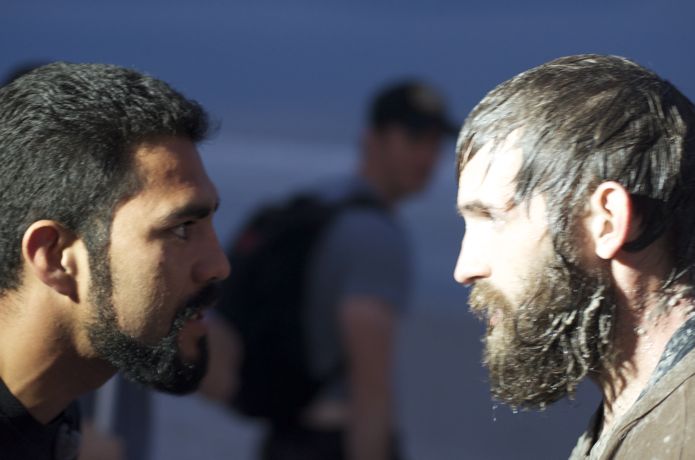 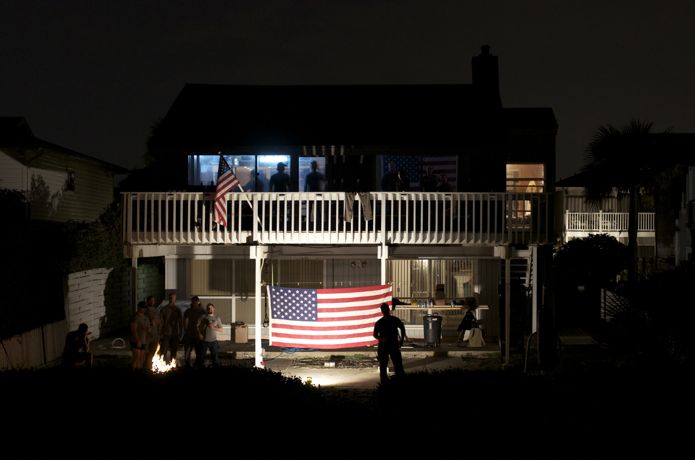 The end was awesome! It was so great to put my GR2 on the deck for the last time! The light shining on the American flag, the other Selectees, the Cadre smiling and not screaming at me anymore, man it was a good feeling. 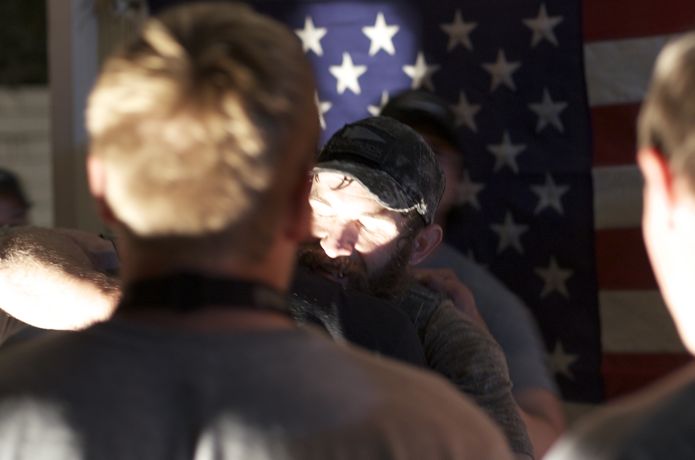 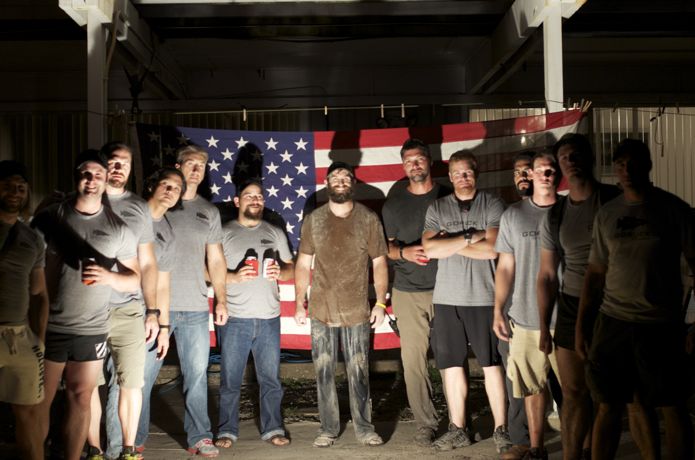 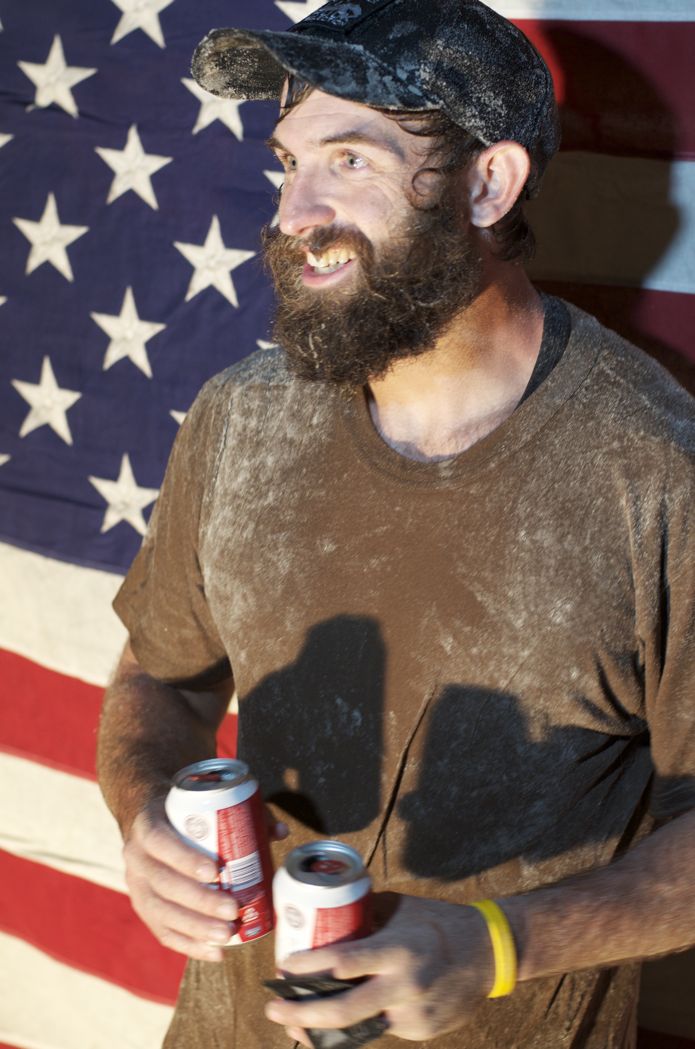 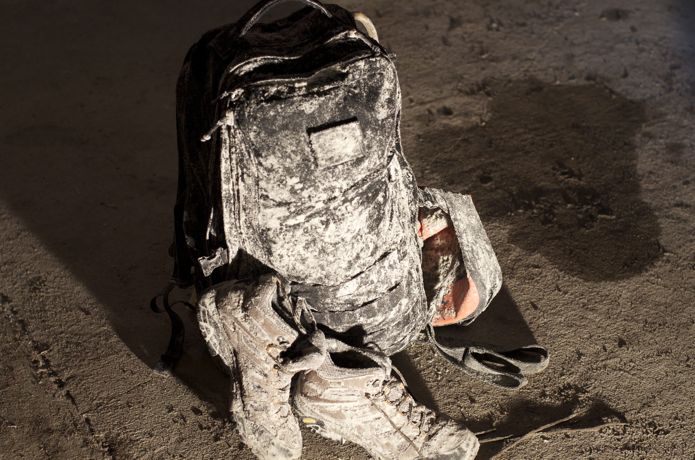 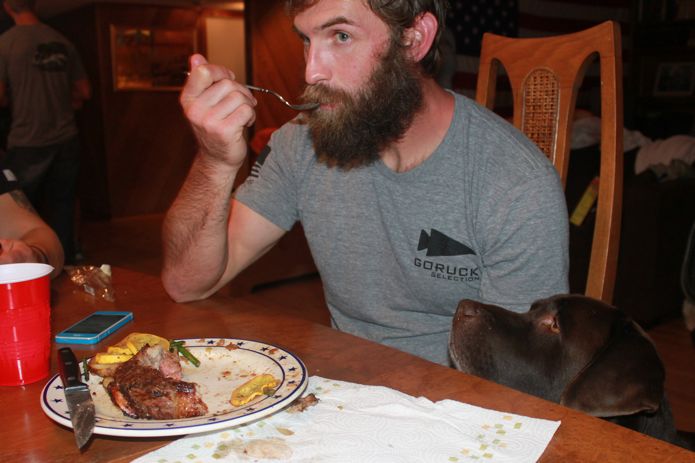 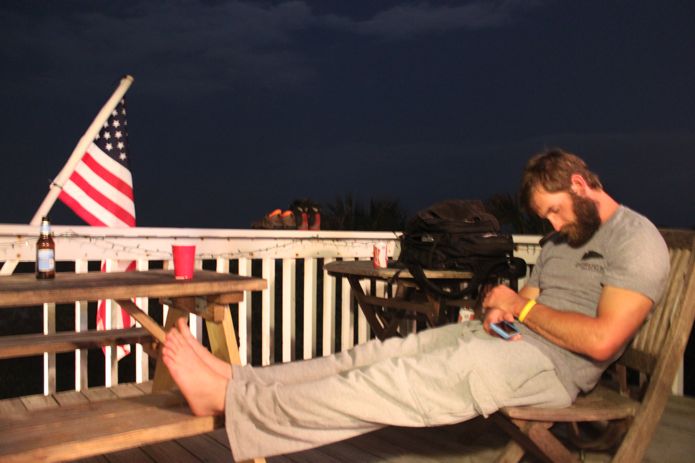 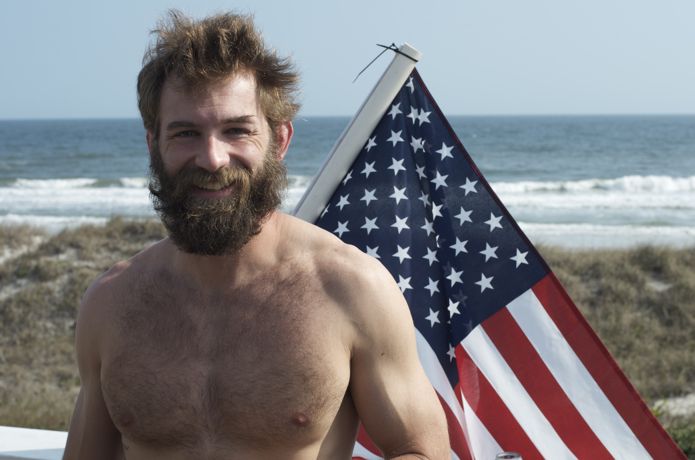