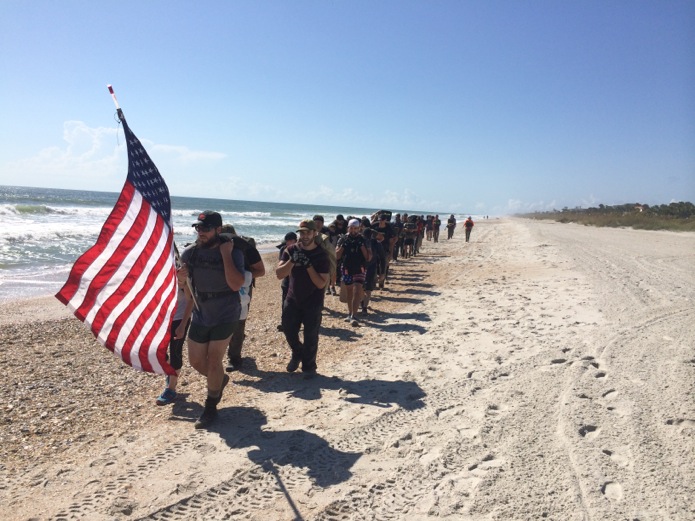 One thought process says you’re either strong enough or you’re not and another says you can make your mind stronger by pushing yourself to new limits one after the next, always raising the bar of your own potential. Garrett and I have gone back and forth on this and he’s said hey you either pass Selection or you don’t and I agree if you’re ready enough and don’t ask me to define enough that’s probably what Garrett was talking about but I was mentally stronger after I passed SFAS (Special Forces Assessment and Selection) than I was when I started and Garrett and everyone else who ever passed will say the same thing and didn’t that make us stronger when later we had to be. I believe it did.

I guess the point is that you can learn to become mentally tougher. Start with lesser goals, accomplish them. Then move on to harder goals where past experience matters more than theory because if you know what to expect it’s not hard enough of a goal and you can’t know the unknown as you face it down and welcome to something worth the investment of your soul.

‘Round here you all wanted more and her name is Selection and she’s a doozy. Bert pieced HCLS (Heavy – Challenge – Light – Scavenger back to back to back style) together as a Selection prep course of sorts that would allow you to see where you were both mentally and physically. If you pass, you’re off to a good start for Selection even though HCL is a team event but mentally and physically it’s a great stepping stone and/or a great goal. Just the Heavy portion is no joke lest anyone forget because we do forget these things until we’re asked to do them ourselves. 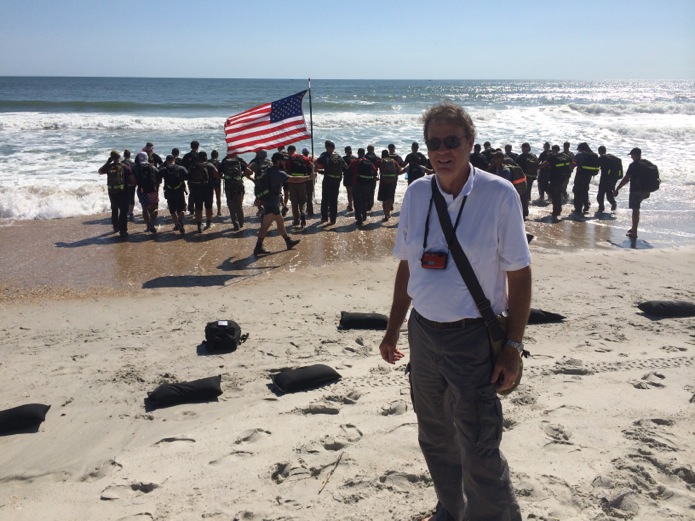 Meet Richard who has almost nothing to do with the Heavy or any of the other events except that he has everything to do with namely all of them. He’s our insurance appraiser who came out to get a feel for how we run things from a your safety perspective. That’s mostly the boring part other than that any time at our events is a good time but the more fun part was getting to know him even if briefly. He was a Vietnam Veteran in the Army Corps of Engineers and we have a lot of Vietnam Veterans in America and it’s a lot different for them than it is for this generation of warfighters.

What stuck with me was when he said he was never proud of his military service until the First Gulf War. That’s a long time to wait is that the right word probably not and he just kind of shrugged his shoulders and smiled and said things were different back then. And I was like yeah they were worse back then like that anyway and thank you for your service, sir. 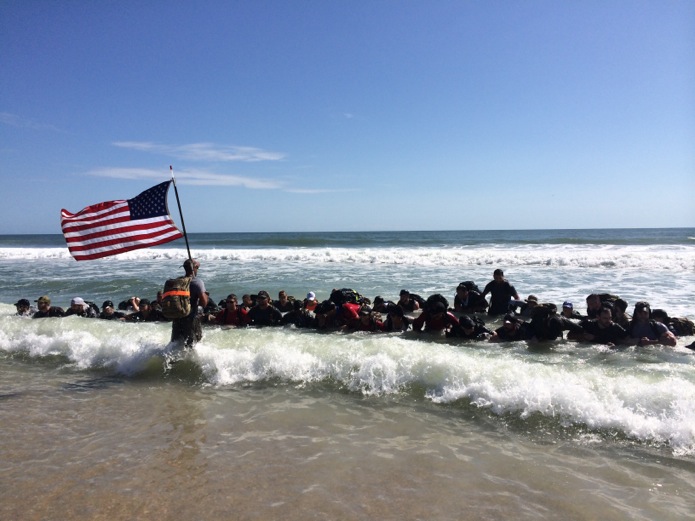 And we had fun walking on the beach checking out Mocha and the class in the surf and I coulda been wrong but I swear Richard didn’t take the smile off his face the entire time. 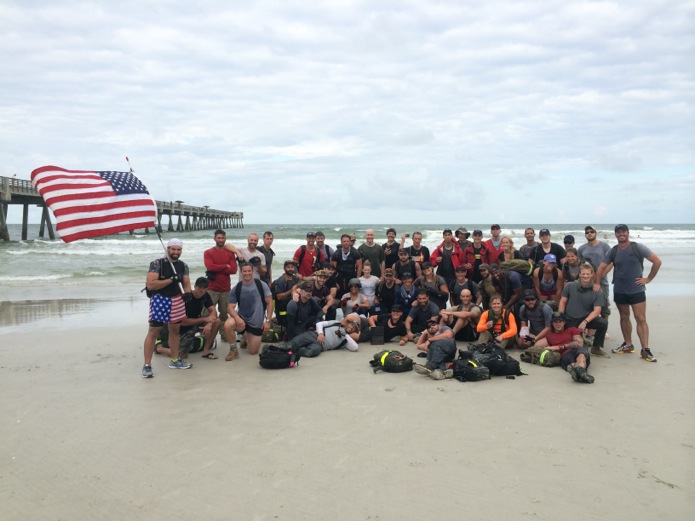 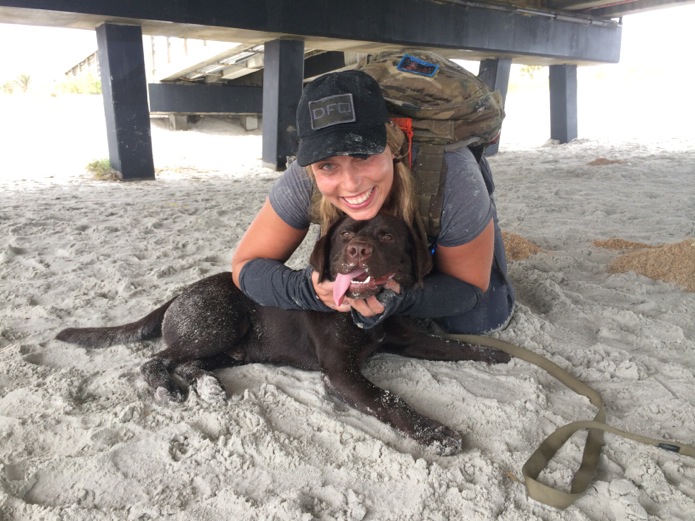 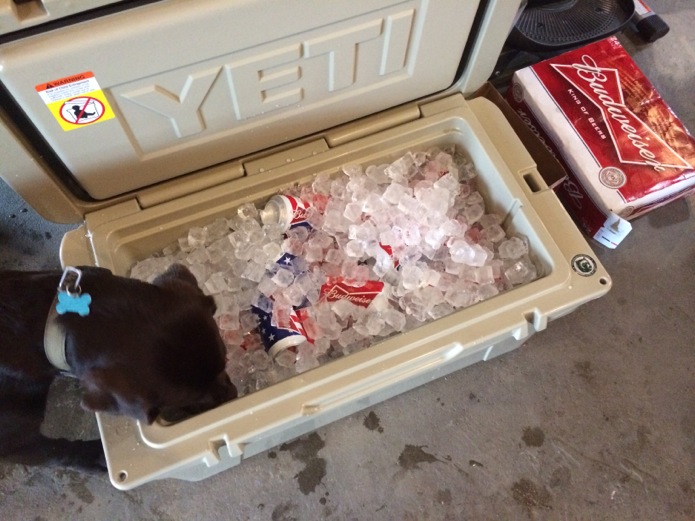 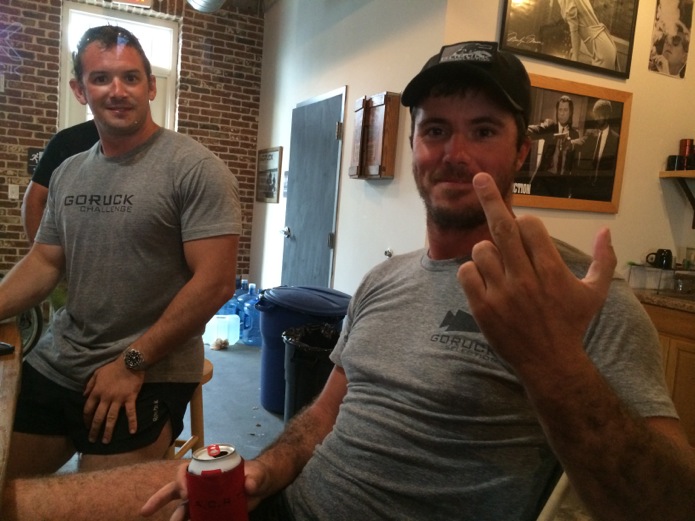 HCLS weekends take their toll  ask Garrett he’ll tell ya and we love them which means we love you for it. Quick break between Heavy and the Challenge and a little music thrown in and where there’s music there might as well be lights. 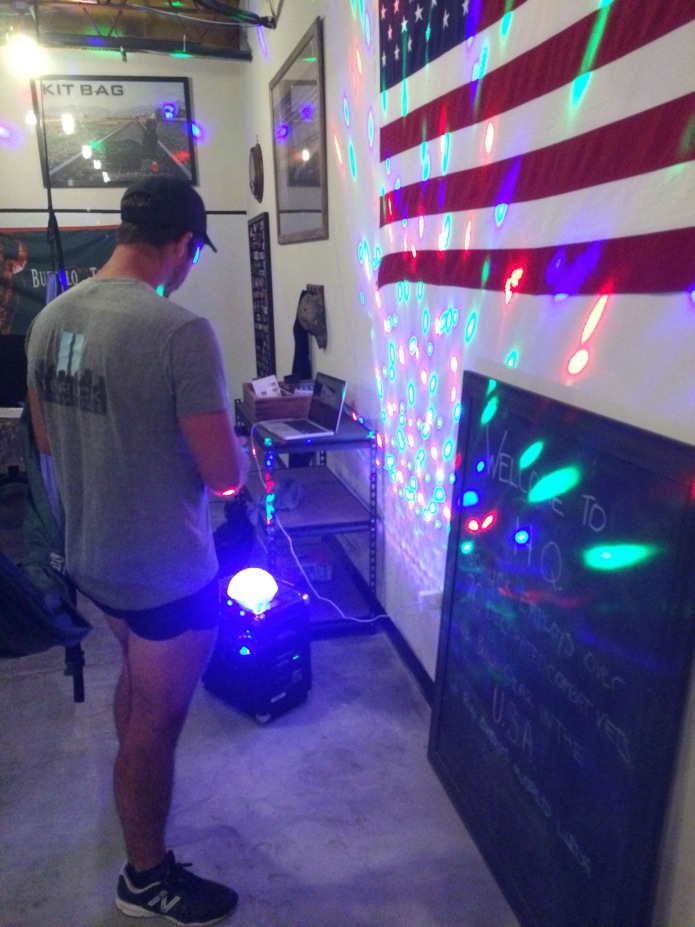 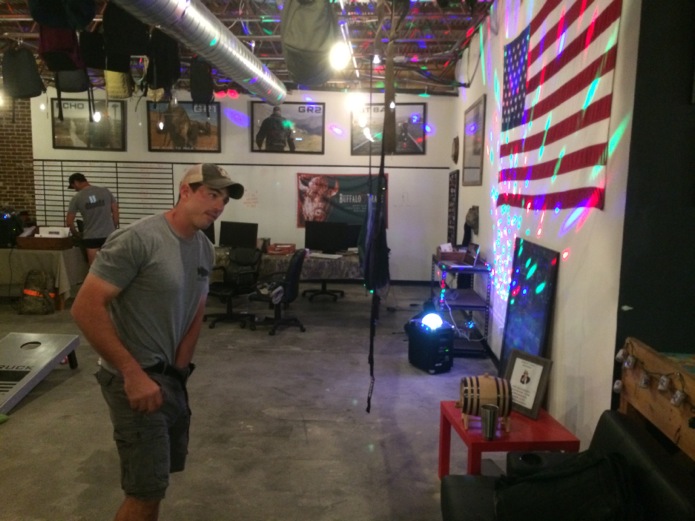 And lube. Nobody is immune from the need for lube. You turn red one too many times in the wrong places and you start to never forget and when you’ve rucked what seem like millions of miles like Aaron and all our Cadre have, it’s always a priority. 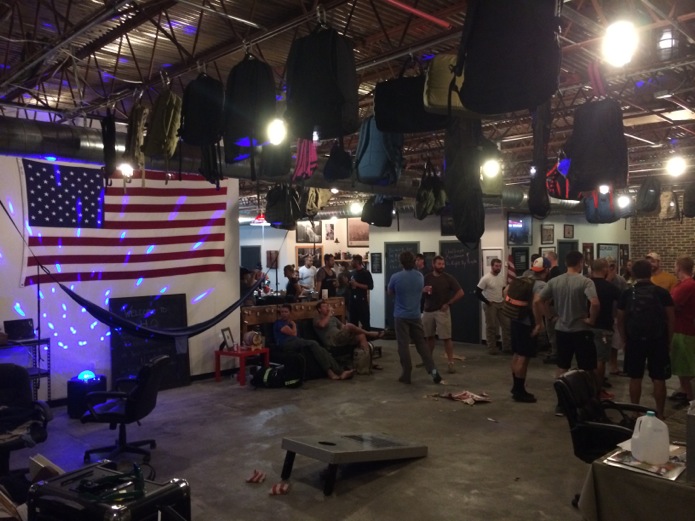 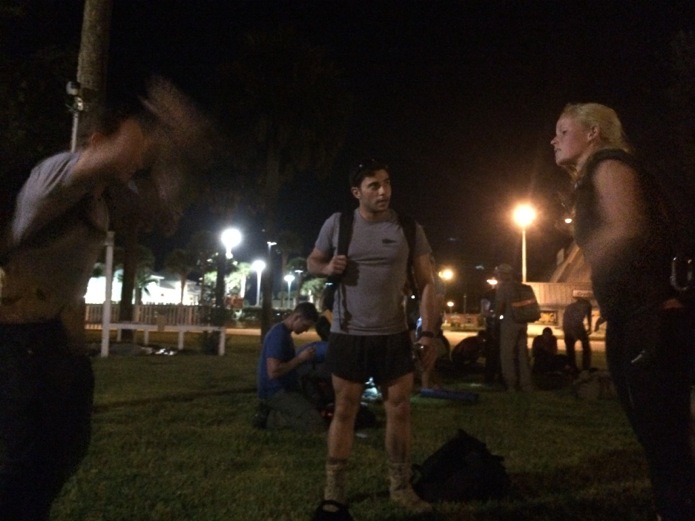 And the Challenge kicks off time now and don’t show up late and I forget sometimes when I focus on the longer events that the Challenge is called “The Challenge” for a reason and that reason is because it’s not nothin’. 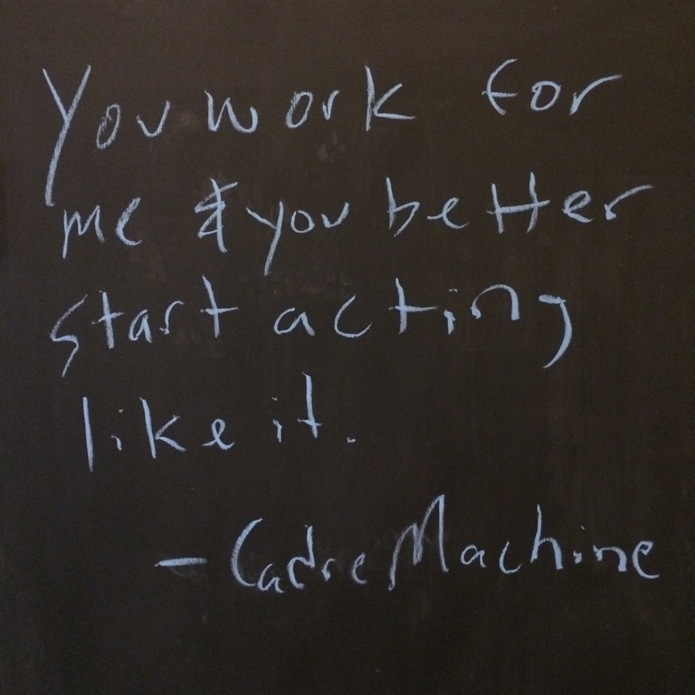 The party at HQ only grew and this is a preview of the after party at Selection assuming anyone passes. Otherwise it’ll be just as fun only a little bit smaller no smile inserted oh wait we’re not at Selection yet so big smile inserted unless you’re actually coming because we won’t be surprised if it’s just us Cadre standing there when it starts. 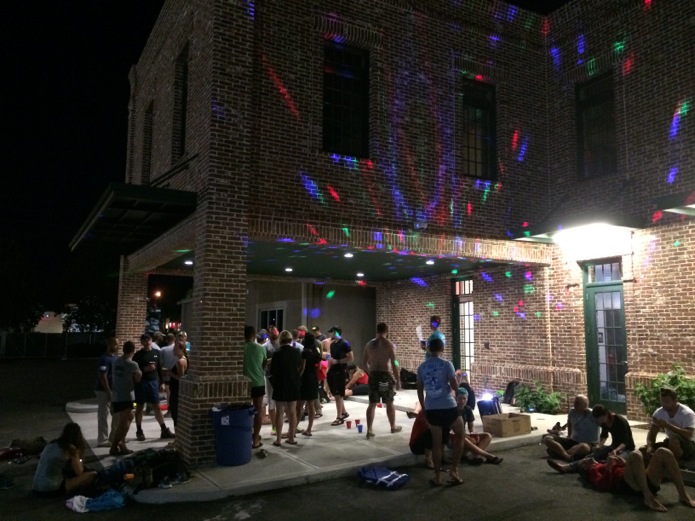 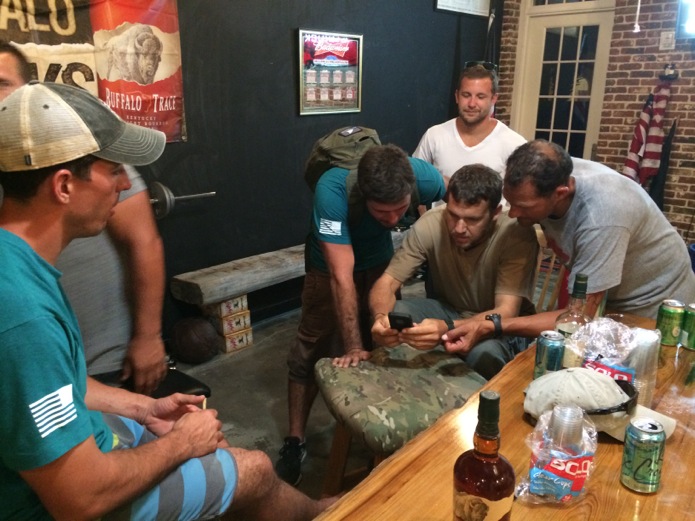 HCL wrapped up and Machine had some check this out’s to share and who doesn’t love those as the party wraps around you. You can’t believe this and you can’t believe that and then you get two minutes of peace and a pair of sunglasses and look what happens and then it’s morning. 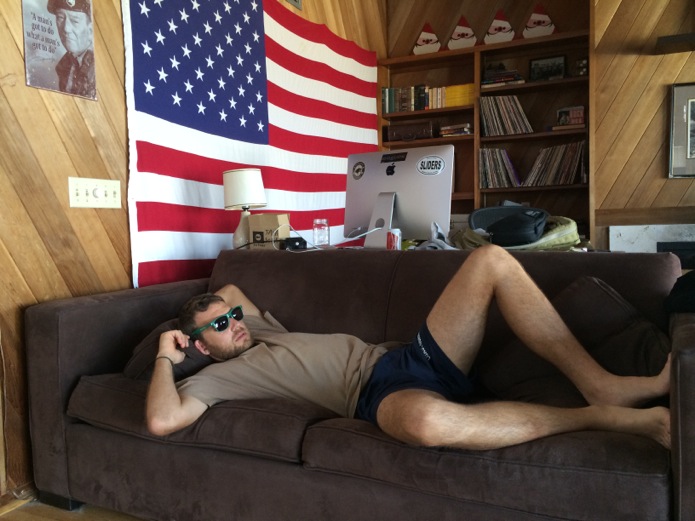 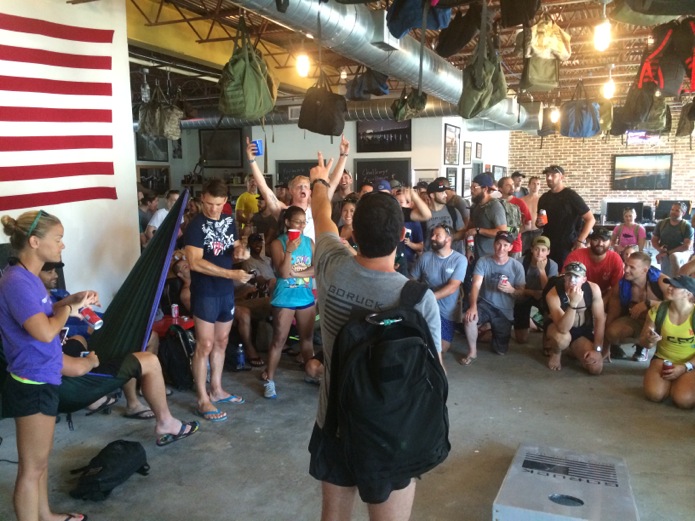 Scavenger on Sunday the only hard part is waking up and then it’s all fun to end a long weekend and HCLS is not for everyone but I’m amazed as many of you want to tackle it as you do and this has been going on for a while now and a few folks who have passed it have a real shot at Selection and I’ll keep my fingers crossed. 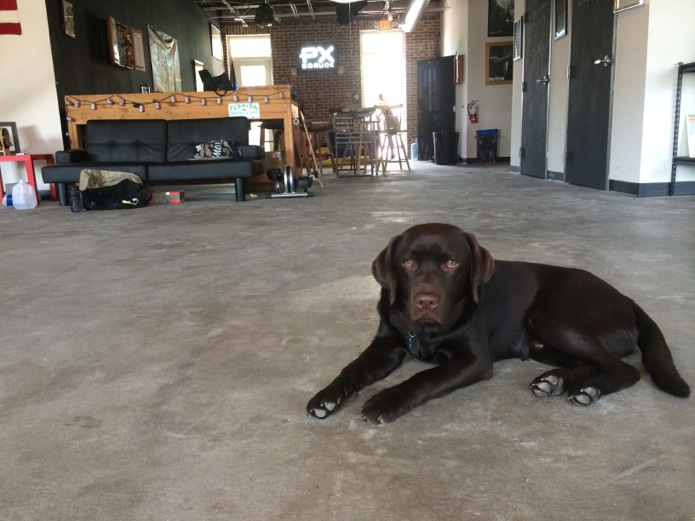 And we’re sad when you leave and we’ll be happier when you’re back and Selection starts October 9th and Monster says don’t be scared especially if you’re just here for the party cause that’s on us but passing Selection is on you of course ask Monster he’ll tell you and Monster believes in us.