Nick is HQ’s resident meat head. Not because he is super strong or always found in the gym, but kind of because he is big and too dumb to quit stuff, even when he’s hurt or unprepared. A few years ago he found out about GORUCK and after an injury was forced to take a break from events, he began shadowing. Fast forward and today he’s a solid member of GORUCK HQ and spends most weekends following around Challenge classes to gather content for our website. Shadow life isn’t easy, as he sits in his Philadelphia hotel room on the eve of the Memorial Day events he takes you through what he brings along to capture the moments and some of the tips and tricks that work for him.

“Every videographer and photographer has a different style of shooting, a different preference in gear and their own way of carrying the equipment. A couple years ago, before working for GORUCK, my gear load out was much simpler. I had a Canon 5D3, a 6D, a 24-105 lens and a 100-400 lens. It did the job and capturing pictures and random video clips was a much less focused process. I would simply attach the 5D3 to a Peak Design capture clip on my GR2, toss the 6D with the 100-400 into my ruck and follow a class. 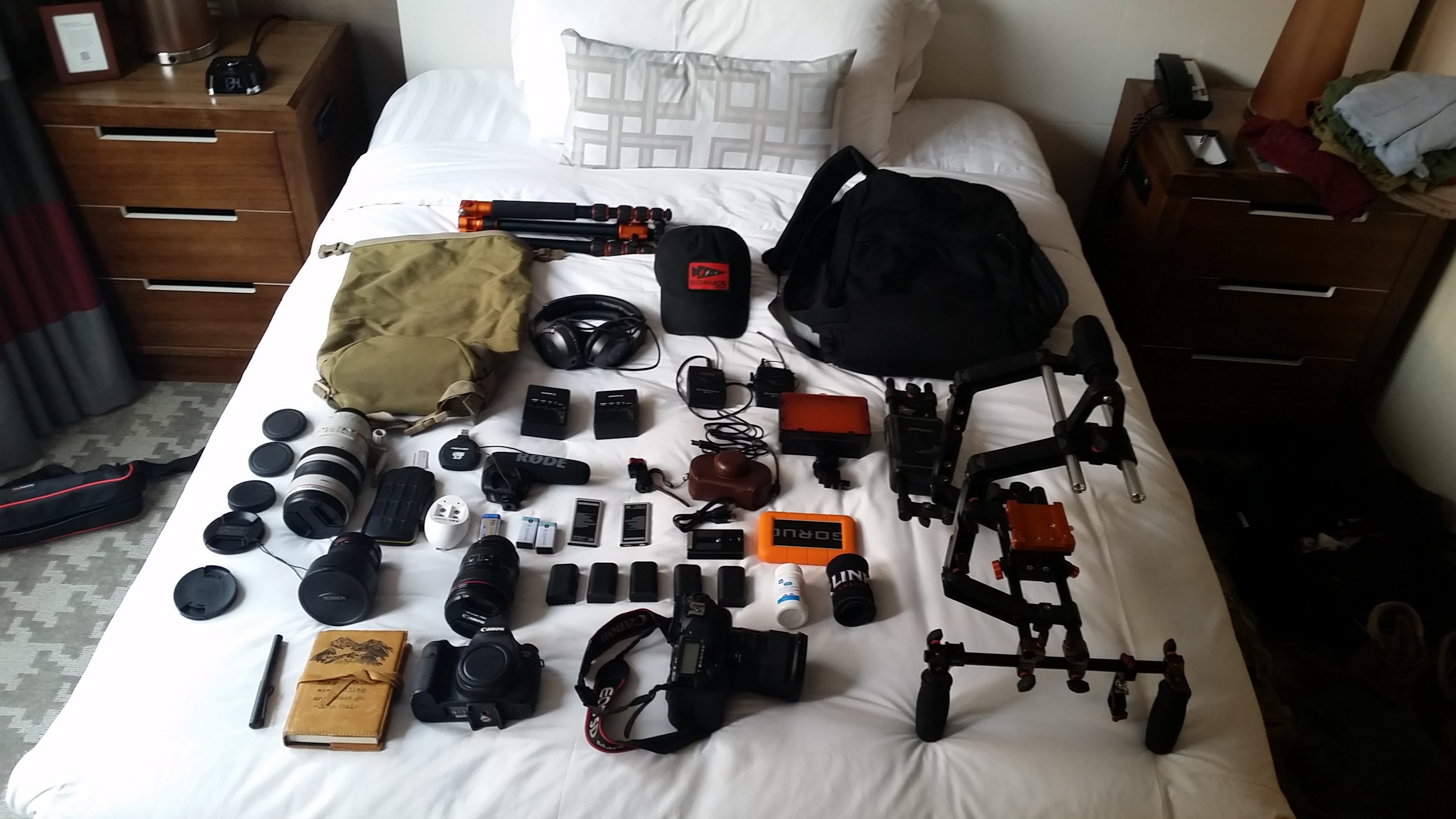 As time went on and I learned more, I started picking up more and more gear, culminating in this load out (minus a Sigma 35MM 1.4 Art lens that did not arrive in time for this trip). 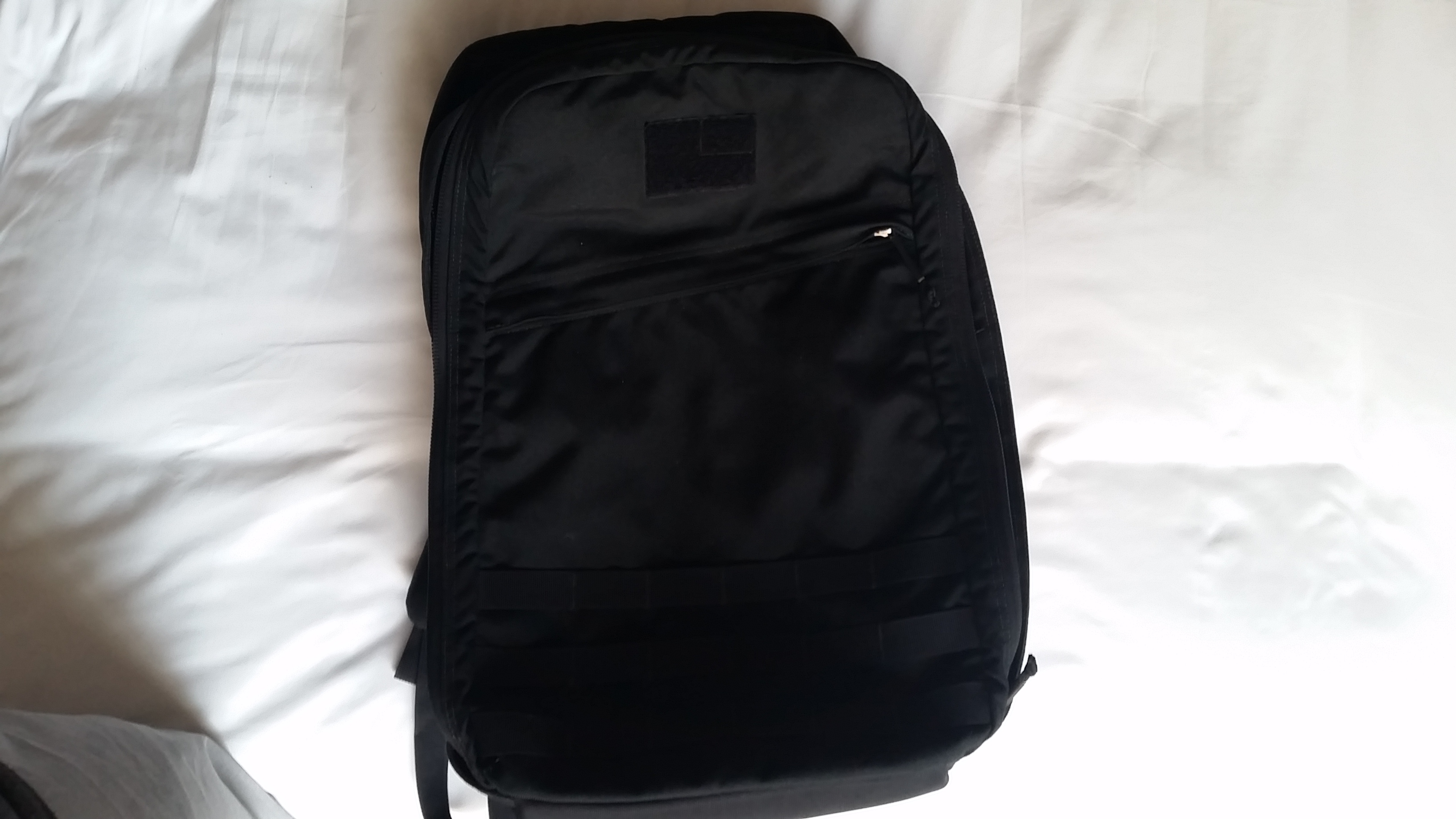 This is the infamous GR1 that was mentioned in the NOLA news blog. This thing has been traveling with me for a while. I keep it as clean as the situations allow and it’s been to several major cities and to the top of a 14er in Colorado. Chances are, if you see a picture of a black GR1 in a cool spot in GORUCK media in the future, it’s this one on its never ending journey. 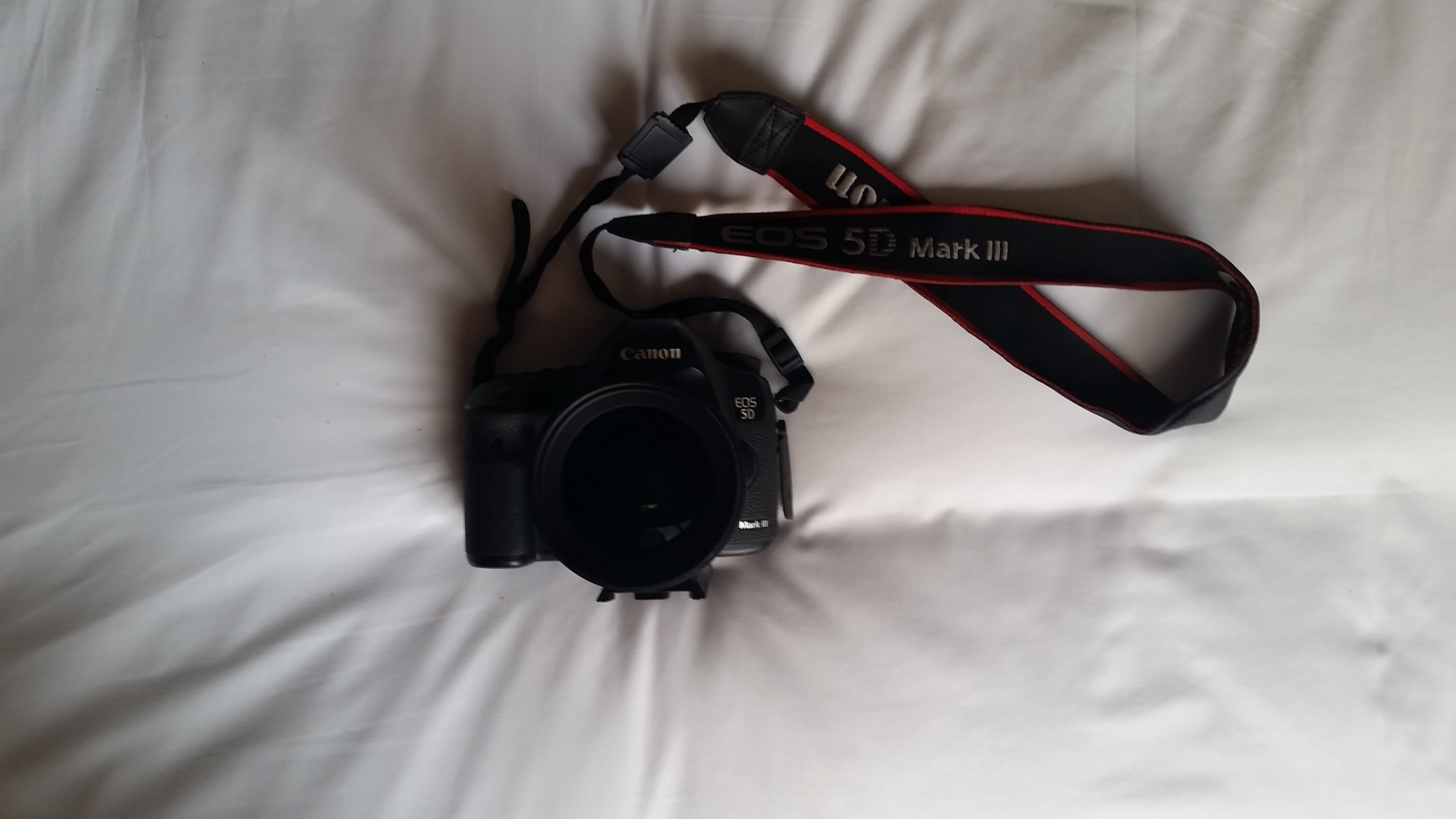 5D3 – This is my go-to camera. After “misplacing” a Rebel XSi either on a trail run or on the roof of my car, I took a long break from any kind of photography. When I was able to get this camera at the start of 2014. I got it in a kit with the 24-105 lens, and it has remained my primary camera since. It’s been beat up, submerged, rained on, sweat on and thrown across streams while stuffed in a rucksack. And it just keeps on kicking. These days I use a Sigma 50mm F1.4 Art lens on it. The difference in nighttime footage captured with it is, well night and day, from the 24-105 and it’s F4 aperture. I can’t recommend it enough. 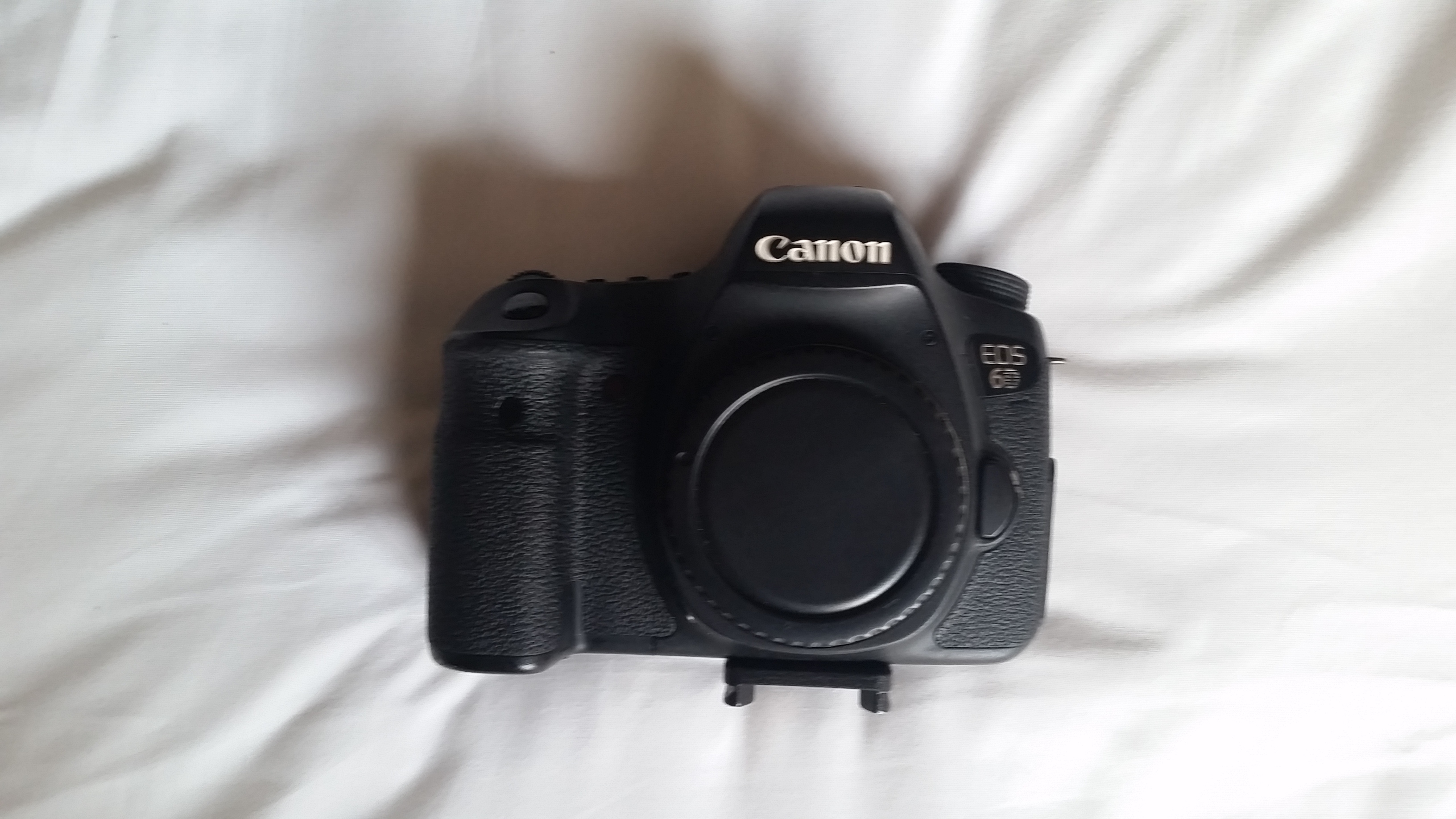 This camera body was actually a freebie. It was on my list of cameras I was looking at before getting the 5D3, but decided to go down the more expensive (and feature rich) camera body route. I happened to just sign up for a giveaway on the website SLR Lounge for the 6D around the same time and then completely forgot about it. Until an email told me that I won the camera body. It came with a few other things (some I still use in my load out, some that I’ve moved on from). The 6D has been a great backup camera, especially since it has a built in wifi function on it that lets me shoot pictures over to my phone for on the go social media posting. Oh yeah, and one time I got hit by a wave while I was shooting ABSOC with this camera, and it’s still alive, so kudos to Canon for that. 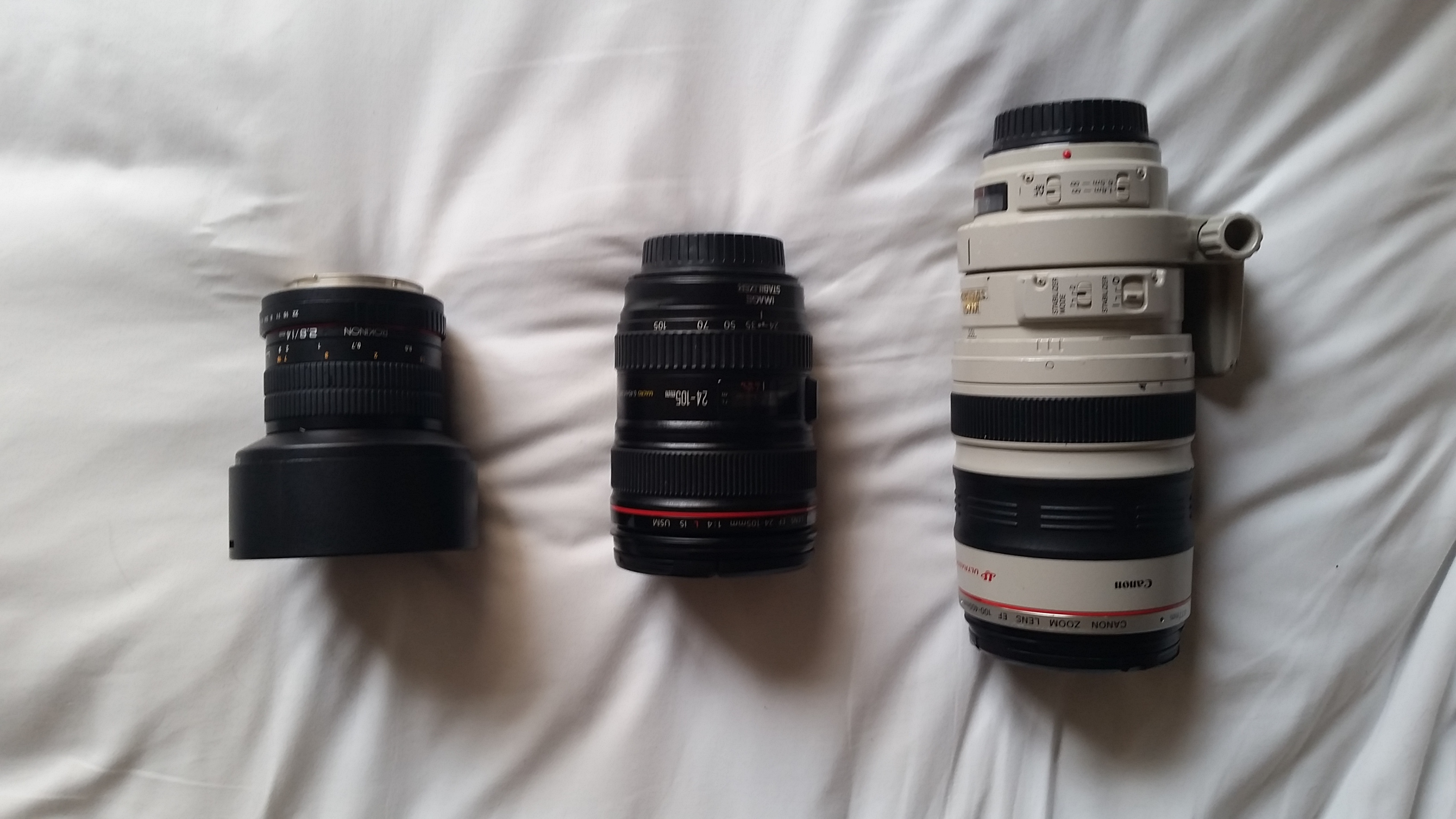 Pictured are a Canon 100-400, 24-105 and a Rokinon 14mm super wide angle lens. The 100-400 was my first purchase after winning the 6D, and it pretty much lived there. Sometimes I’ll go out and shoot wildlife with it, or I’ll just creep on GORUCK classes from a distance. These days the 24-105 doesn’t get as much love as it used to, but it’s a versatile lens that will remain in my quiver. The 14mm lens is a cheap, completely manual piece of glass that is meant for capturing landscapes and the big picture when I can find city overlooks, or when I want to get right up in a GRT’s face to capture the suffering from real close. 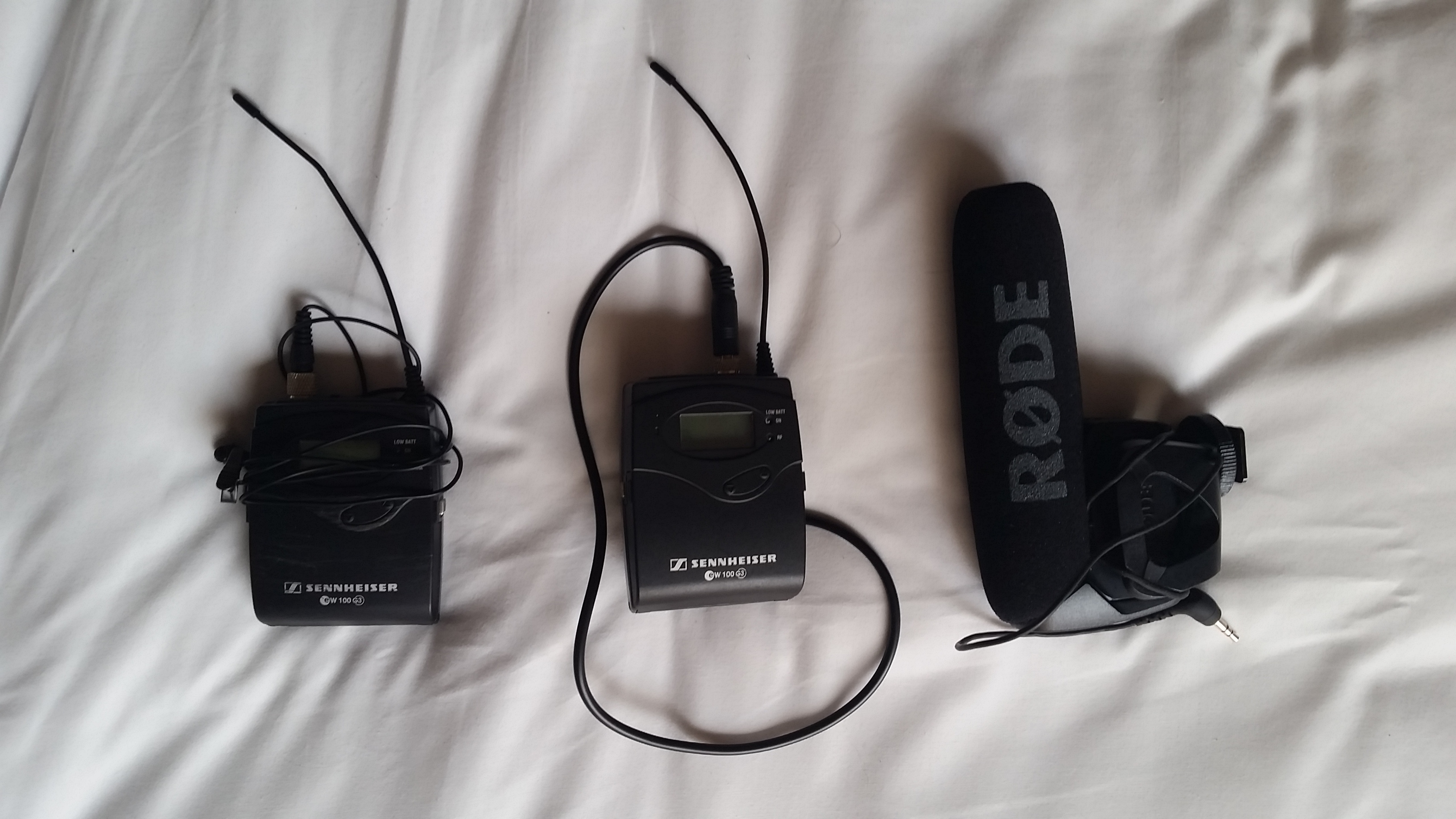 The Rode VideoMic has been a great shotgun mic for capturing the audio at events. It offers a few different settings for adjusting levels, and makes it easy to capture interviews and class interactions on the go. The Sennheiser wireless lavalier system is a GORUCK purchase, but it is a critical piece of gear. Windy conditions, or noisy backgrounds sometimes make the shotgun mic impractical, and a lavalier mic is crucial for capturing high quality interview audio. 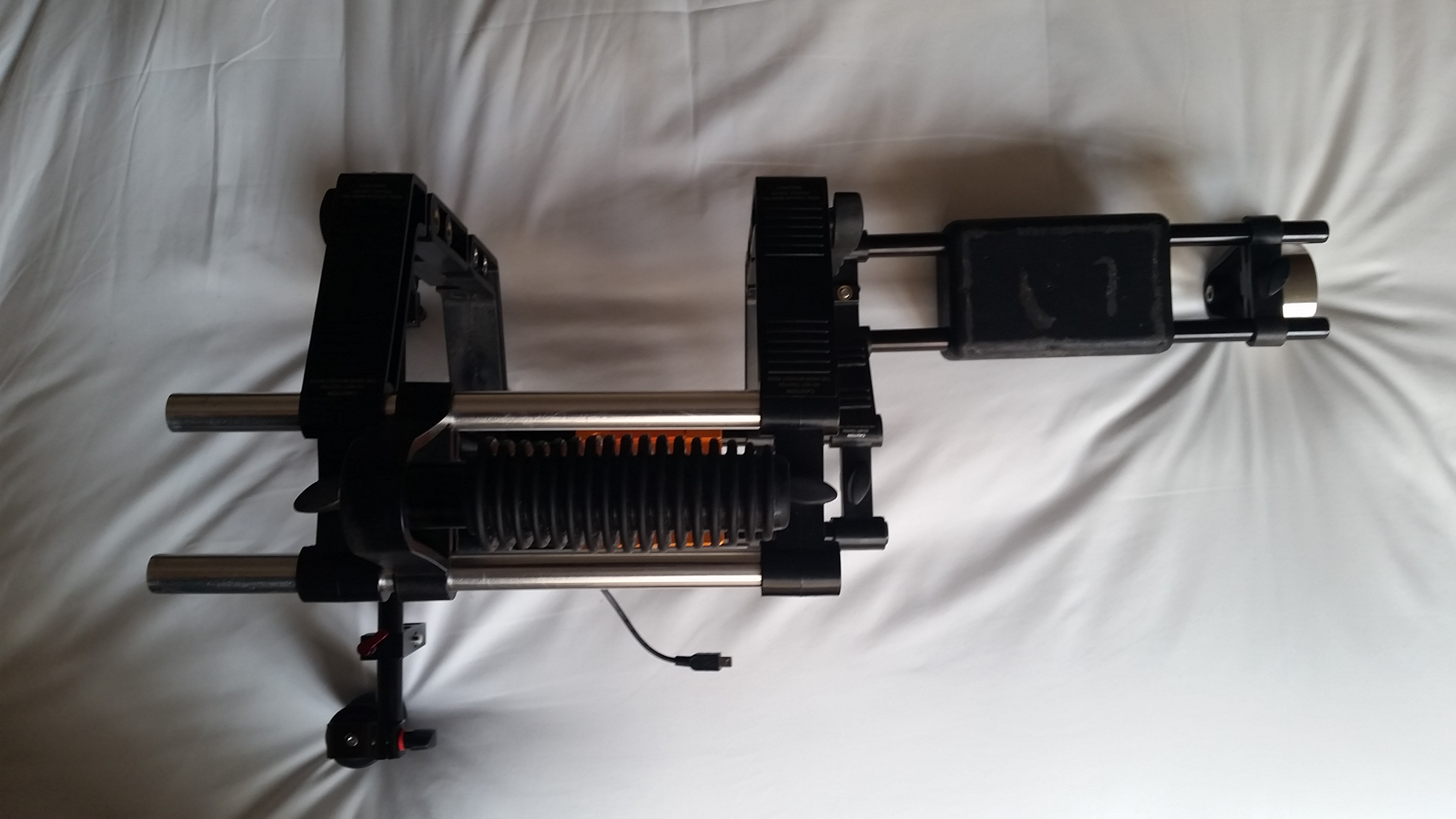 This is my monstrosity that I carry around at events. I can mount virtually all of my equipment to it and it helps to smooth out my video shots (I have shaky hands during events, I’m not sure why it is that I do, but it is what it is). Since the Sigma 50 lacks image stabilization, this rig has become a crucial part of my load out. 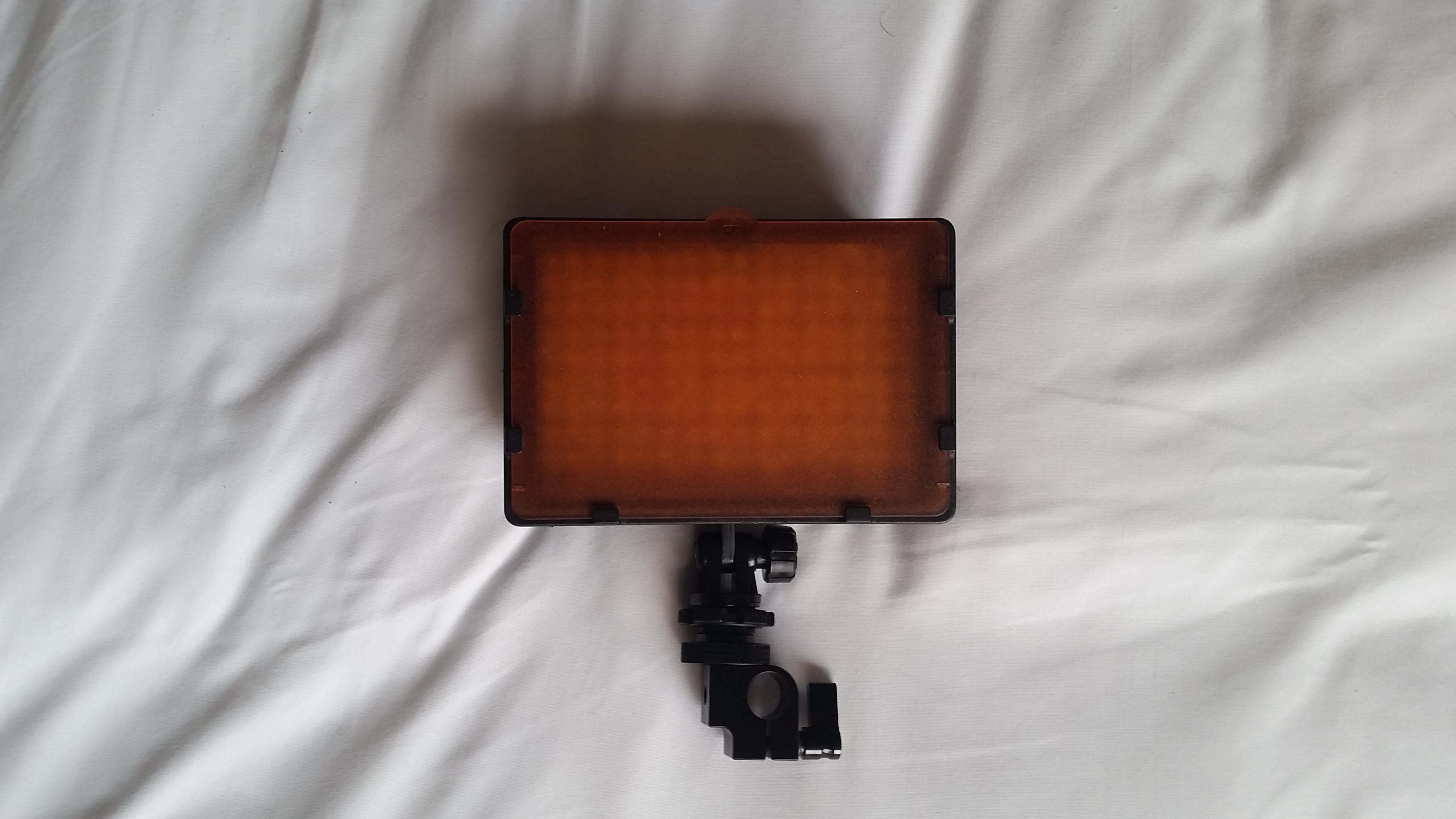 This is my absurdly bright light that a lot of GRTs have been on the receiving end of. Woe is them, and woe are those who are captured under it in the future. It usually comes out when I need to capture a sufferfest in a park without lights, so it just adds to the pain. 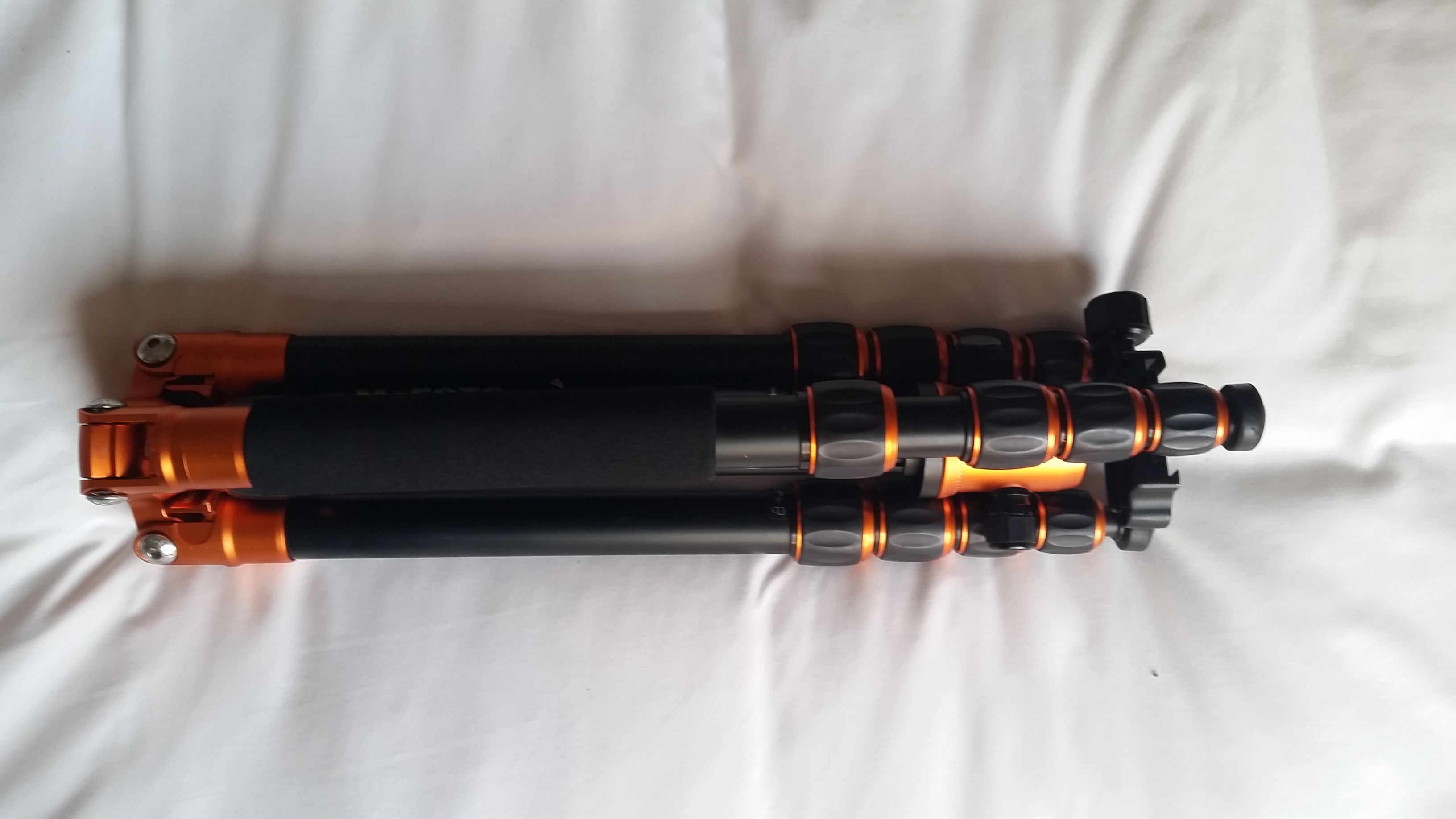 This was another piece of kit that I won in the SLR Lounge giveaway. This MeFoto tripod has been a solid piece of travel gear, and can convert into a monopod if necessary. And of course I had to get orange (Go Hokies). This is my little “hipster” moment. Any time I have photo/video ideas, or have a moment or a name that I want to remember, I jot it down using some fancy pants fountain pen, because if I’m going to do something hipsterish, I’m going to go all the way. I grew up in the mountains of southwestern Virginia and was born in Colorado, so even though I call the beach home now, the mountains will always be calling me. This is just that little reminder for me. 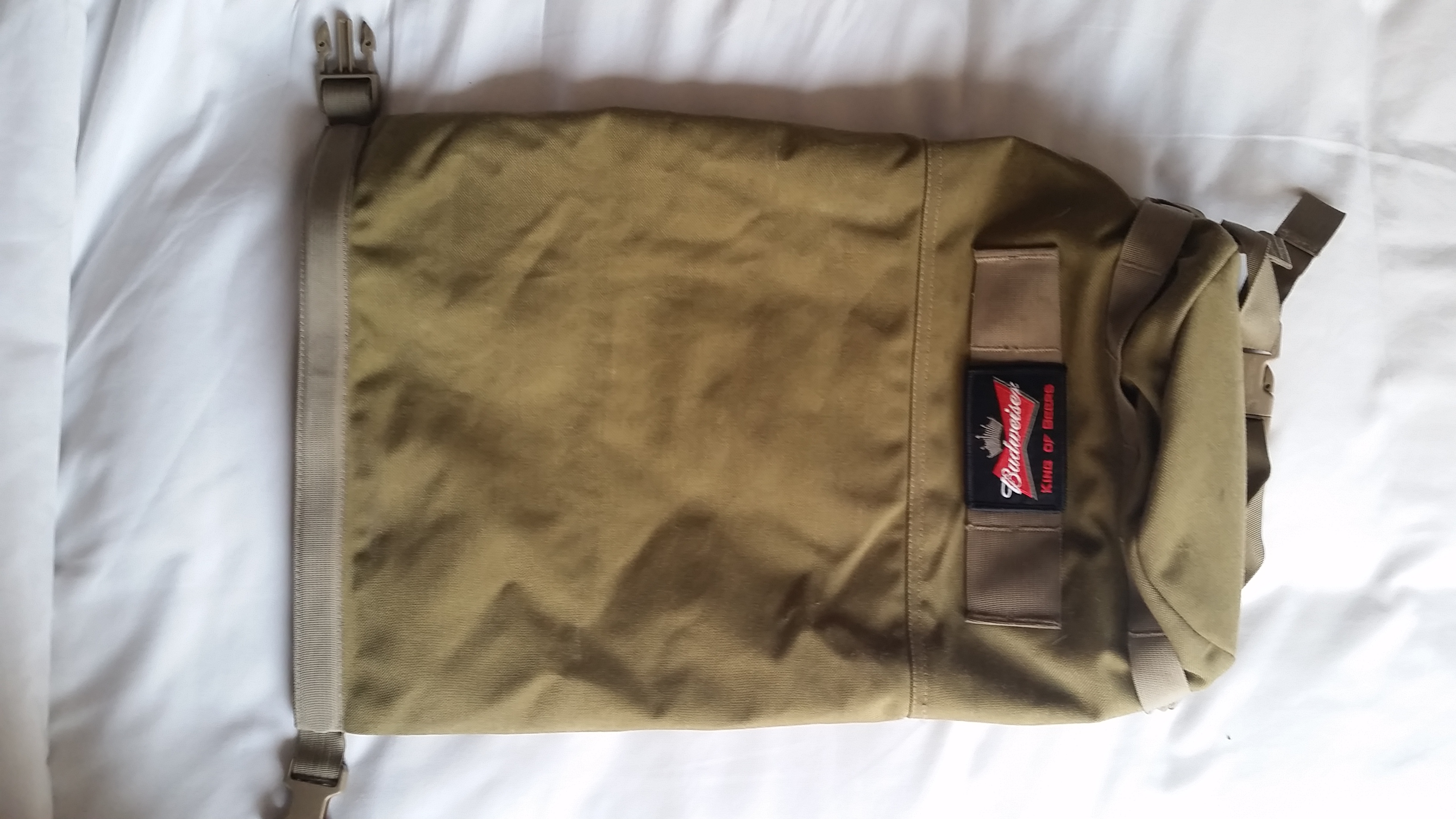 The Tough Bag ads an extra layer of protection to my equipment in the event of rain. Or it doubles as a sneaky stuff sack when you’re hiking a 14er with too much camera gear and realize that the last 2000 feet of the mountain is straight up, and you need to minimize your load to get to the top. Coyote blends really well with brush. 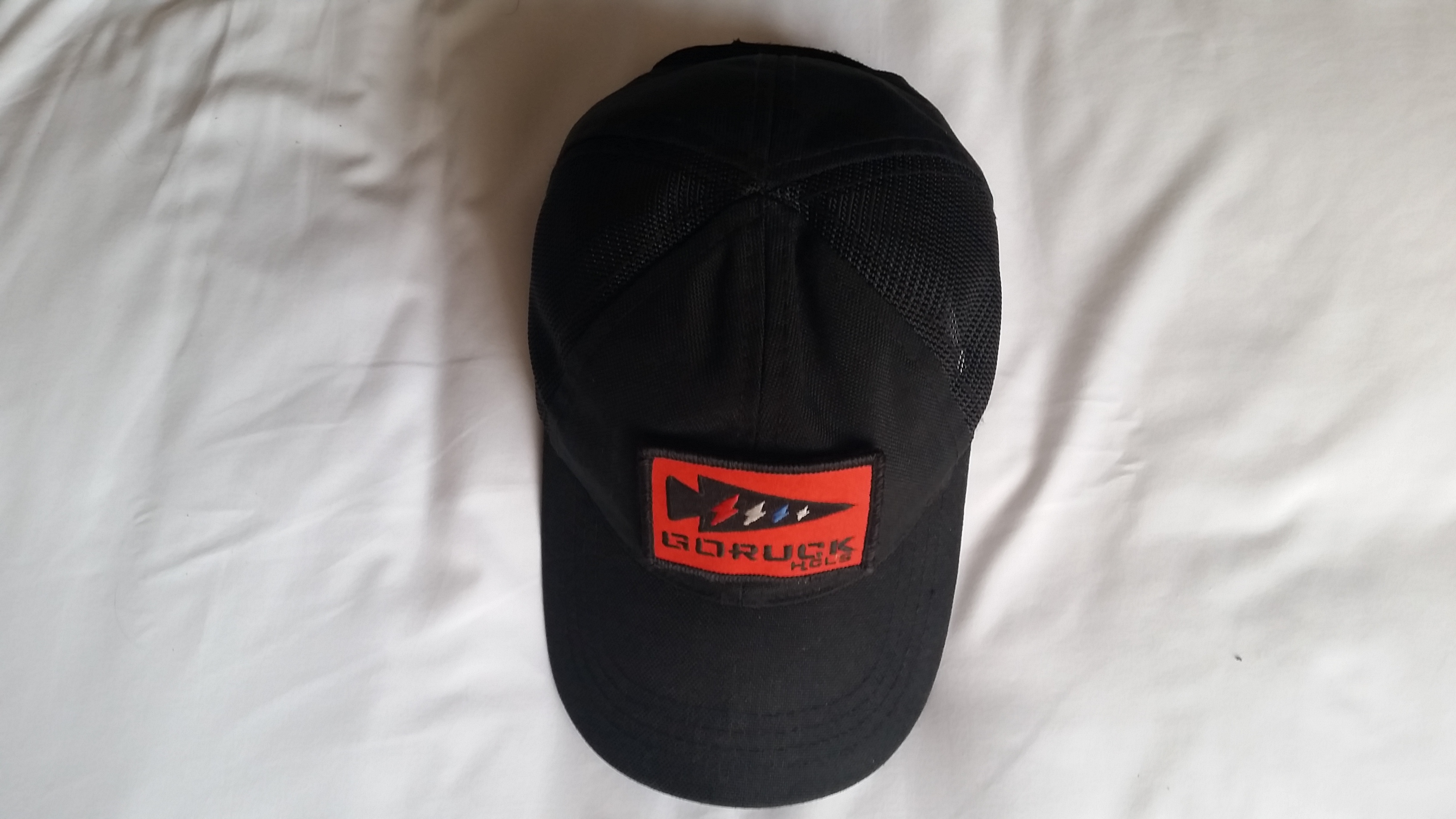 Last but not least, a mesh TAC Hat. I love this hat, even though I have a giant head. I started rocking the HCLS patch at events that I film because the most frequent question I got after starting with GORUCK was “Do you even do these events?” I don’t know why that was a question that I got so frequently, but that patch kind of ends that whole discussion before it starts. Call it my little bragging moment.

Below are a few pictures of the GR1 loaded out. It’s kind of up in the air whether I use a GR1 or a GR2 for filming/traveling. I personally prefer to shadow with a mostly empty GR2, simply because it lets me keep everything in it’s own little spot, rather than neatly tetris-ed into a ruck. But  I have figured out the GR1 loadout pretty well at this point since sometimes I just don’t want to deal with the larger GR2. 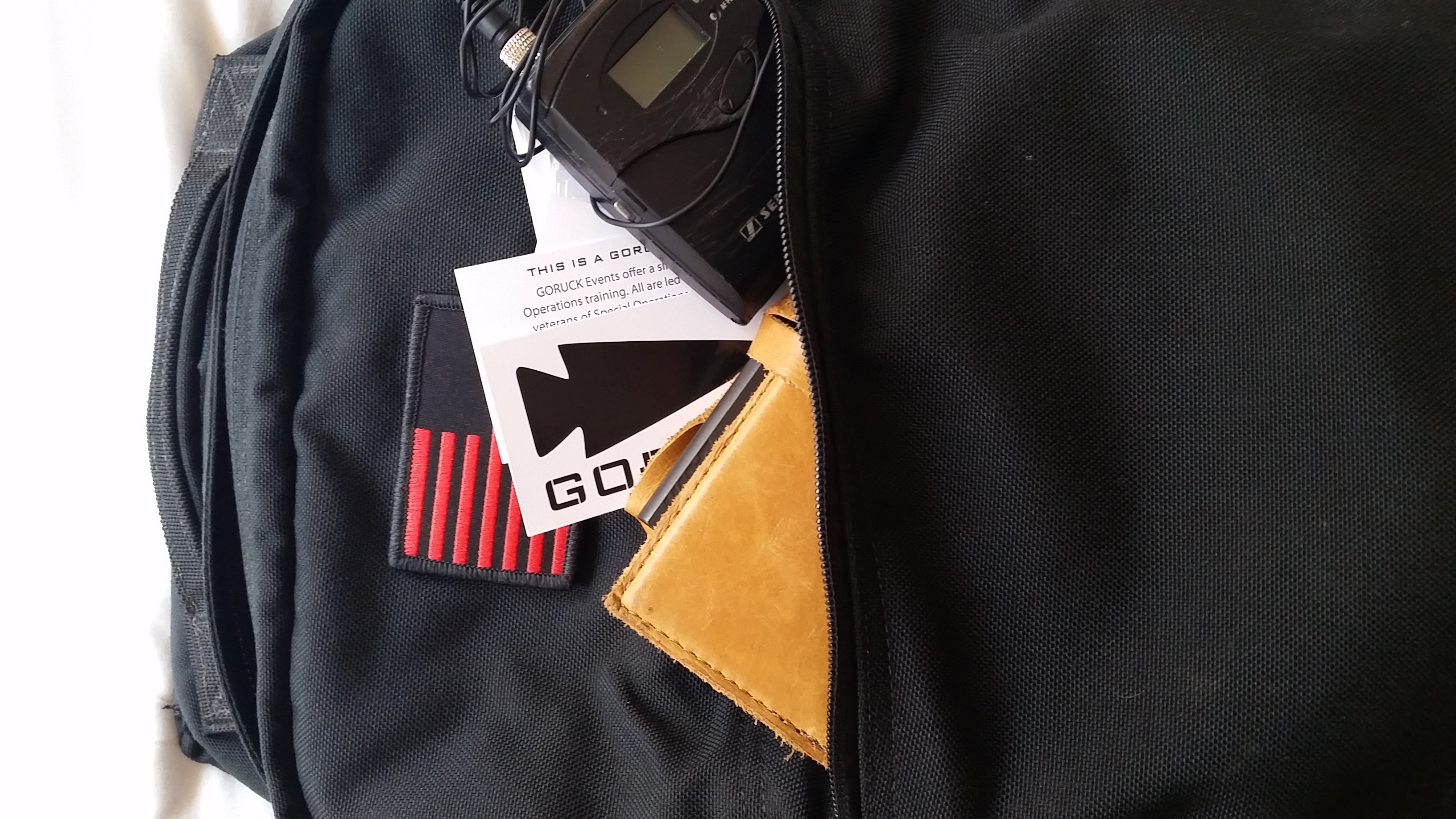 The front slant pocket holds the notebook, a mic and all of the little “This is a GORUCK event” cards that we give out to strangers who ask what is going on. 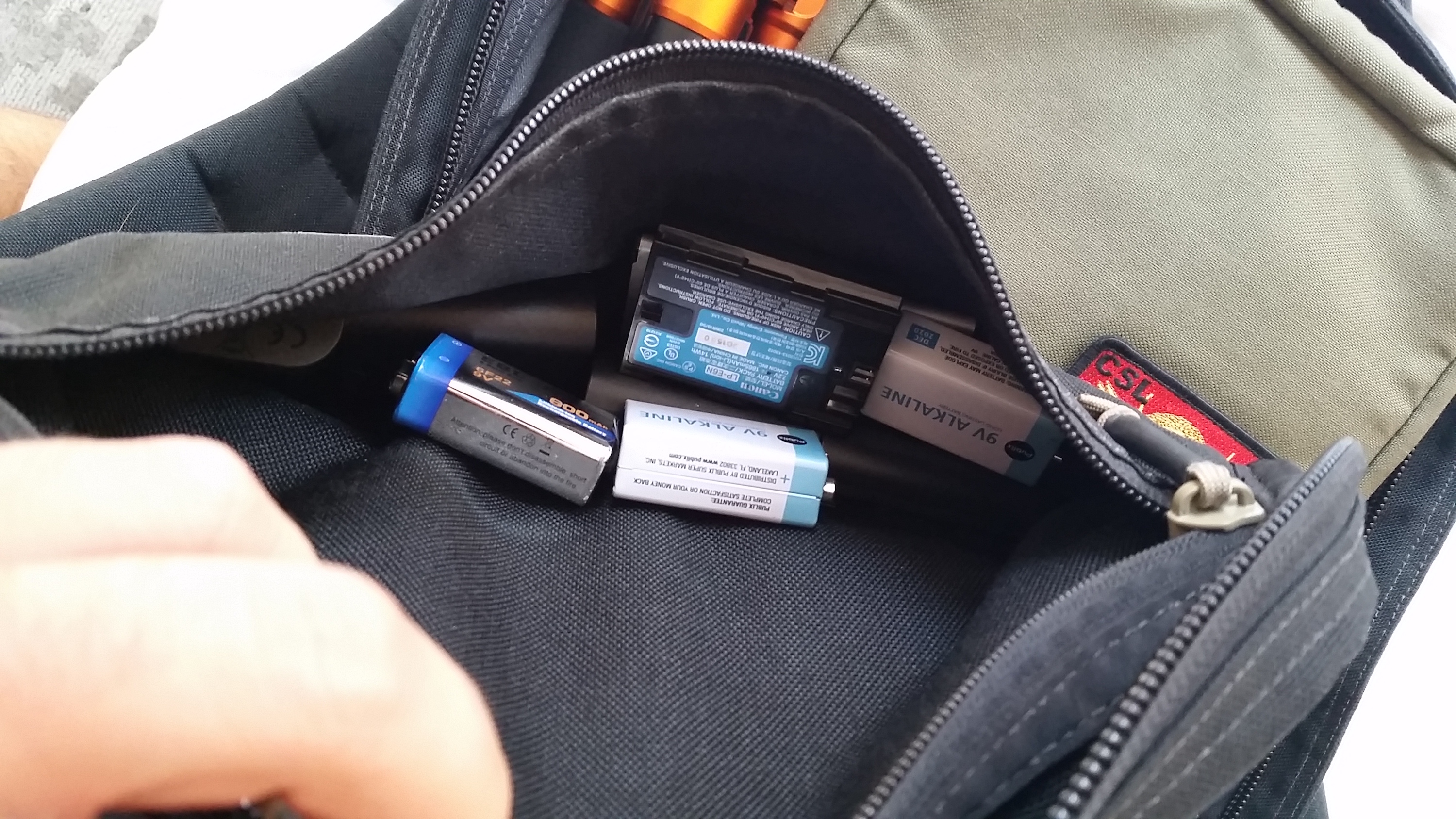 The top pocket on the interior usually holds batteries (when I don’t have a 1040 Pelican floating around in the ruck. This is more weather dependent). 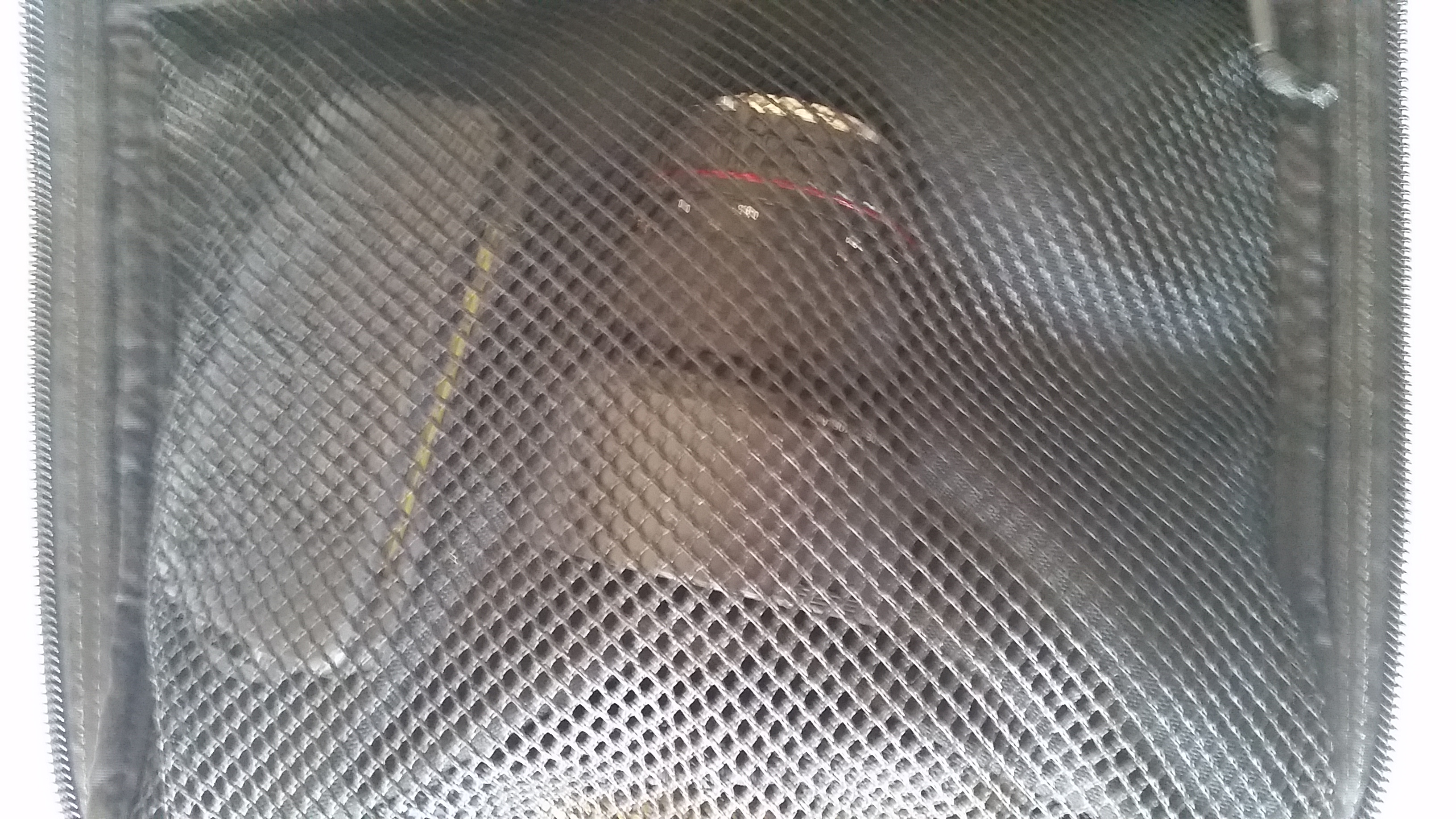 The mesh pocket contains any items that just don’t have a specific home, like memory cards and the wide angle lens. 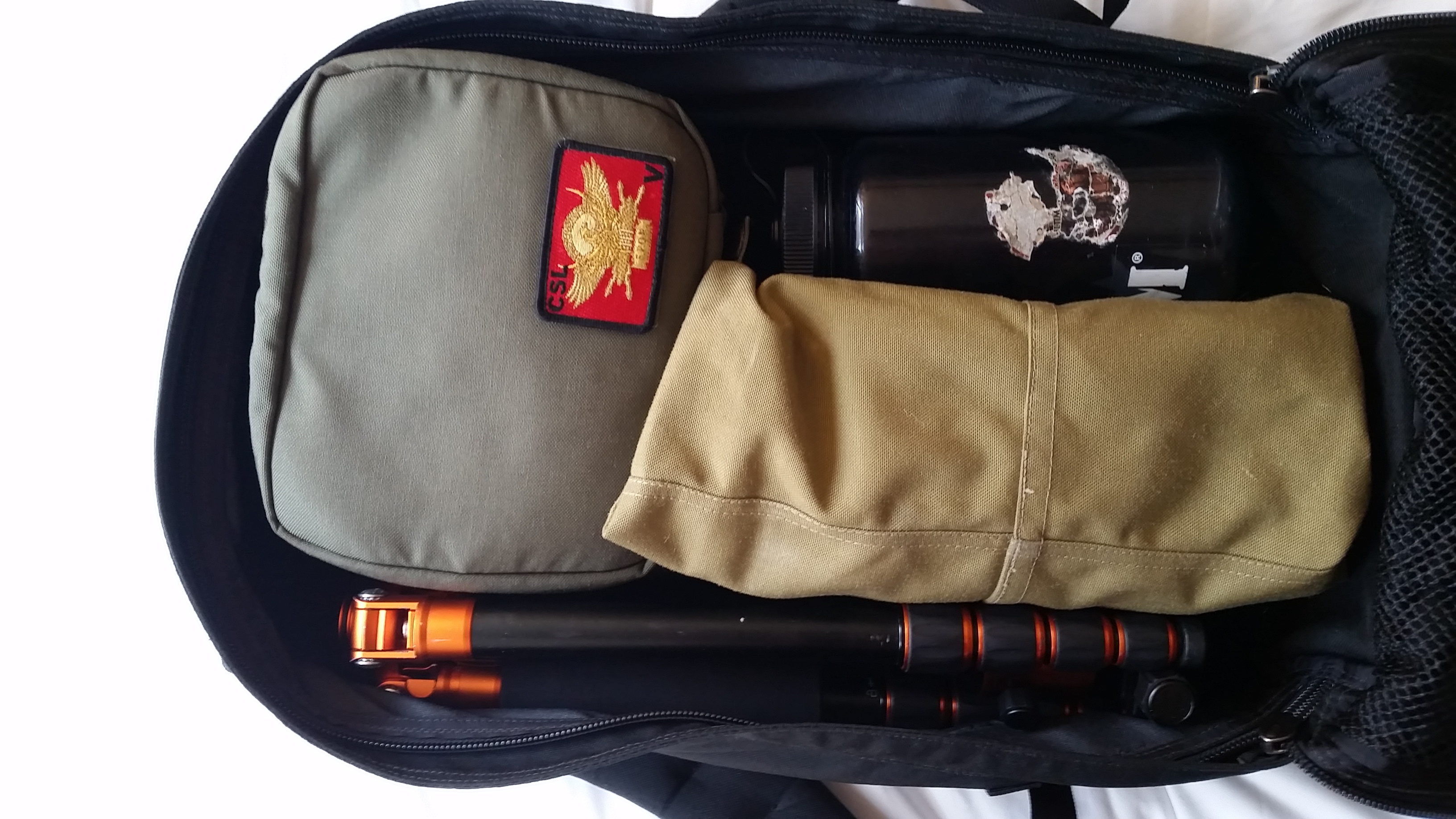 The main compartment stays tightly packed with a field pocket containing the 6D and 24-105. The 100-400 sits wrapped up in the Tough Bag, and a backup nalgene is always with me. The laptop compartment almost always has a hydration bladder in it during events, but EDC sees it holding a…  You guessed it, laptop. 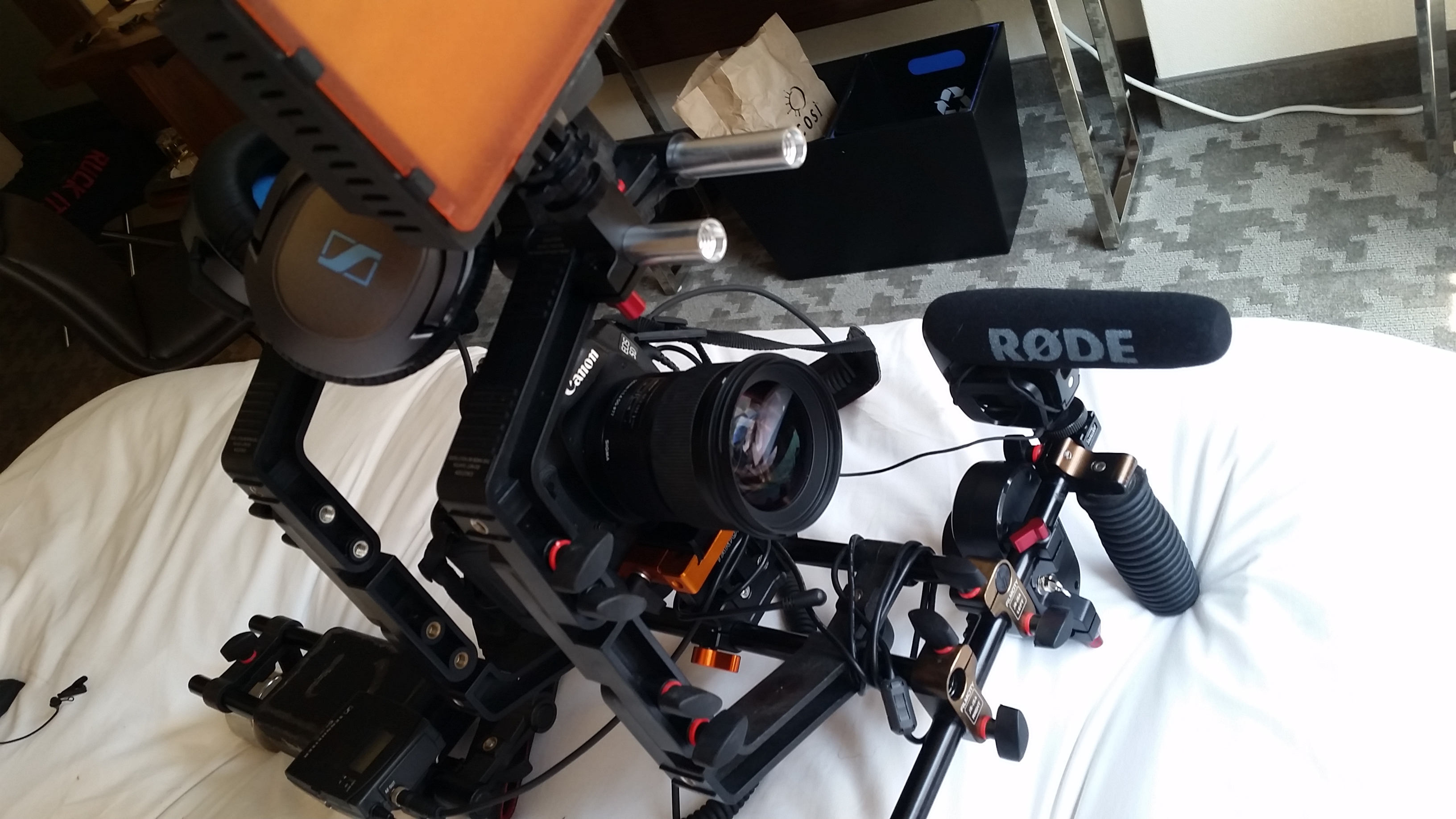 Lastly is the fully kitted out shoulder rig. Stupid, heavy and stupid. It goes a long ways towards keeping everything at the tip of my fingers, and wearing me out. 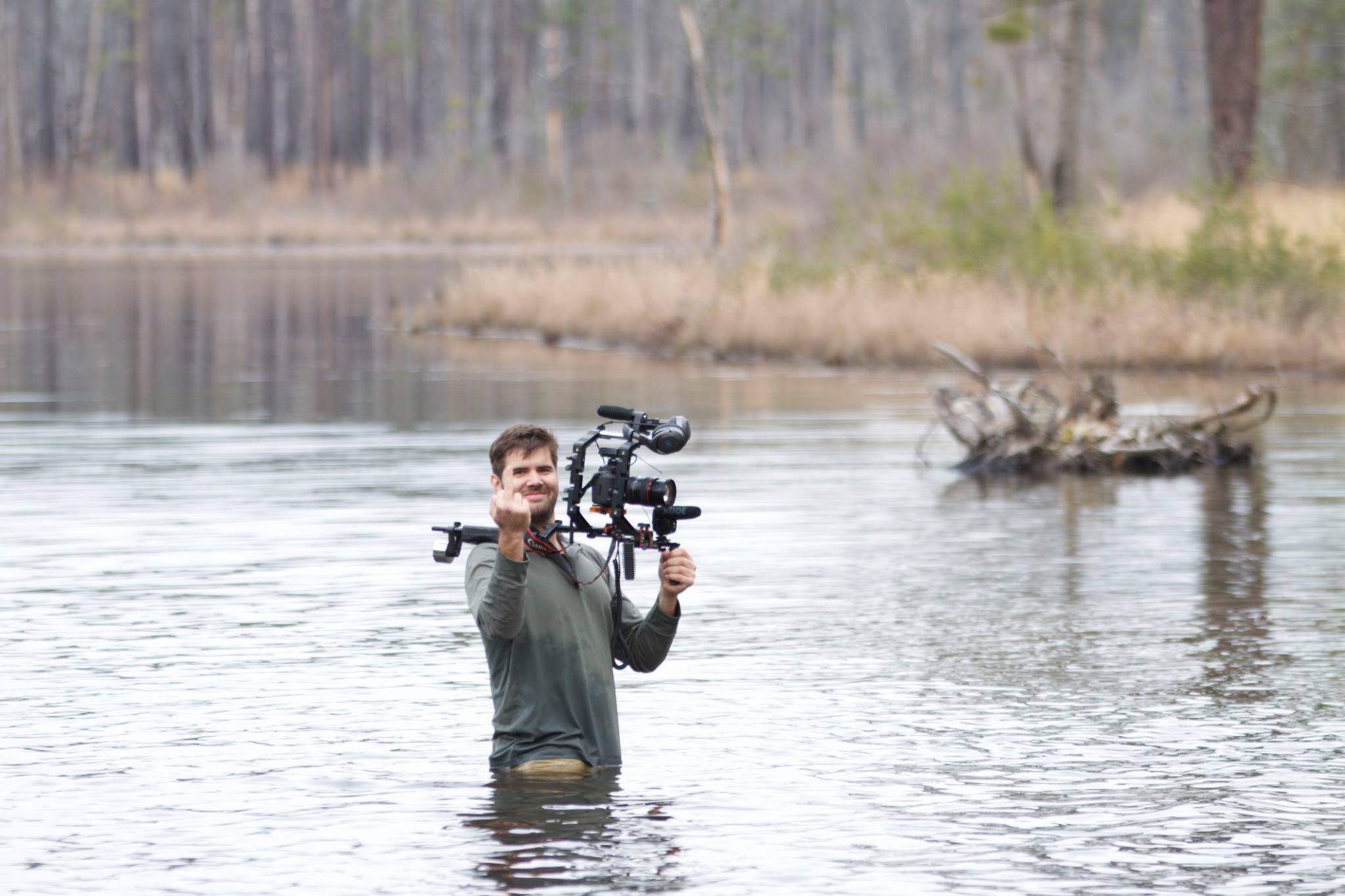 So that’s my load out. Sorry for being a little (a lot) long winded about the equipment. Pretty much everything I have has at least a few stories behind it, so just think, it could have been longer.”