Here is a rundown on all details for October 2021: Chaos

We plan and we prepare. We take all the necessary precautions, as we’ve been trained to do. It’s go time and we cross the threshold, our heartbeat quickening. Movement begets friction, our focus narrows and we adapt — we always adapt — to a new reality born of that vicious cycle of action and reaction. The enemy always has a vote and our control over the doings of the world is an illusion. Sometimes we keep the worst at bay, other times CHAOS reigns. It seems never ending, unpredictable, and all encompassing. The plan is long gone, buried with dreams made on a peaceful shore. Order is a distant memory.

Right now, there is only us.

Chaos comes in all different forms. Maybe it’s in our minds as we reconcile right from wrong in our lives and our country and the world, and how we’re supposed to feel and what we’re supposed to do about it. Maybe our mind wanders and we don’t like where it goes. Maybe we feel hopeless, even if just for a moment, and maybe that haunts us. Maybe it’s all self-imposed, or maybe chaos is surrounding us — the center of the storm. It’s different for each of us, but nobody is immune and that binds us together forever.

“Pure fucking chaos” is how Rich describes Mogadishu from Black Hawk Down – twenty-eight years ago this week – and that became the inspiration for this month of October – CHAOS. An airfield full of consummate professionals who saw life go bad in a hurry, and not on their terms. Sometimes the world conspires against you, against all of us. It’s in these most challenging times, and then in the aftermath, that our faith and all that we hold dear can come under attack. We face our own mortality, we avenge those who have already met theirs. We do the things we need to do, we feel the things we’re meant to feel, and we spend the rest of our lives wondering if we did the right thing. Could I have done more? What if this and what if that.

These are natural and logical questions, an order we seek to impose onto the chaos that will always defy rhyme and reason. It’s an impossible task and we’re trapped in the middle, Father Time never losing his cadence, bearing down on our ability to make sense of any of this. Everybody has to know their own limitations, and this one applies to all of us: we are not all knowing, we seek answers we will never find.

But we have spent our entire lives to get us to this exact moment, and we only have the time that we have left. It could be a little and it could be a little more. But it’s never a lot, so make the most of it. In the end, we fight for the causes we hold dear. We do it for our friends and our way of life and for who we’re meant to be, because if we don’t, then what the hell was the point of all of this anyway?

The opposite of CHAOS is not order, it’s LOVE. Love of God, family, country, love of those we share a life with, the gift of time here and now. Love of something greater than ourselves. The sooner we embrace that, and all the magic it entails, the brighter all the stars in the universe will shine, including our own. 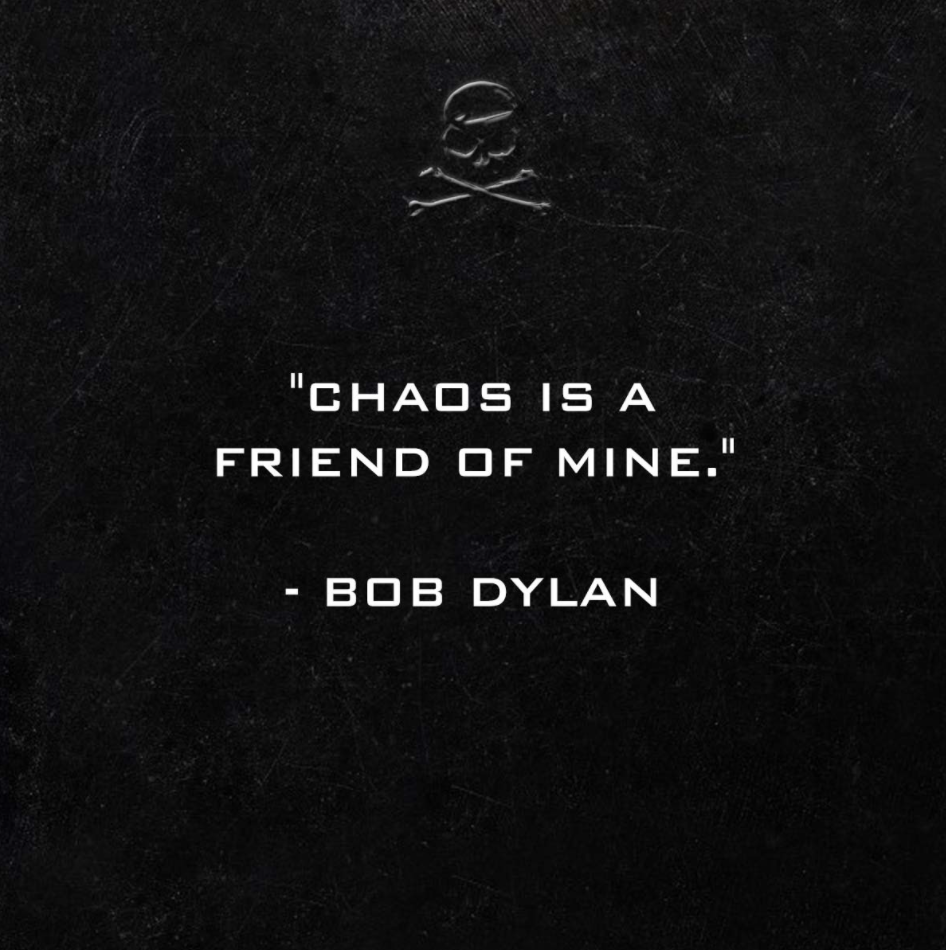 19 Ground to Overhead with Ruck

19 Sandbag push-ups (one hand on sandbag at all times, left then right for a total of 38)

Can be completed with a Ruck or Sandbag. Treat the sandbag or ruck as your battle buddy and keep one hand on it throughout the entire workout. If you let go of contact, you must start the round over.

Symbolism of the “Mogadishu Mile”

*You cover a total distance of one mile. Even though the soldiers actually walked between 2.5 and 3 miles depending on their starting point, it has become known as a “mile”. You carry your Sandbag during the run to symbolize the gear the soldiers carried.

*19 reps – one honoring each soldier of Task Force Ranger killed during the battle and the day after.

*Squats – as they sought cover behind anything available 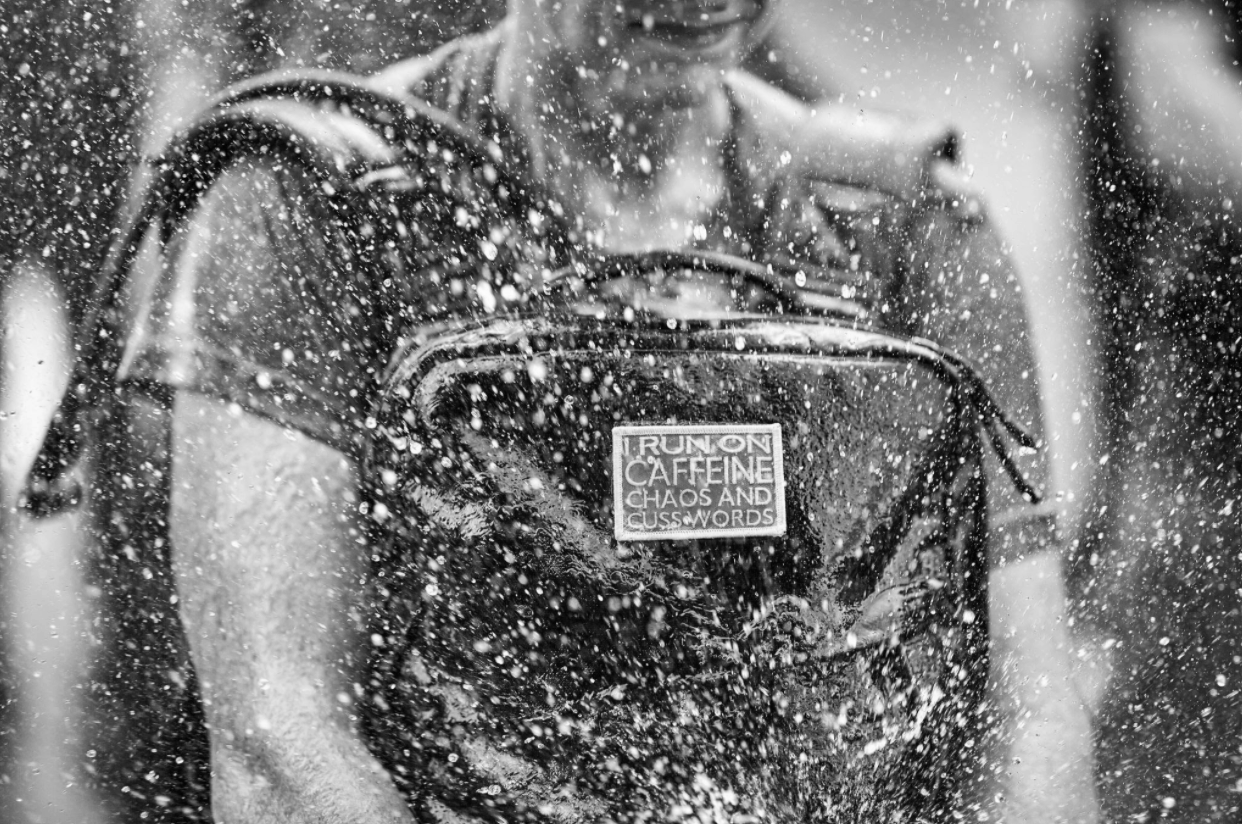 Write a love letter, put a stamp on it, and mail it to them.

Black Hawk Down: A Story of Modern War by Mark Bowden

Already a classic of war reporting and now reissued as a Grove Press paperback, Black Hawk Down is Mark Bowden’s brilliant account of the longest sustained firefight involving American troops since the Vietnam War.

On October 3, 1993, about a hundred elite U.S. soldiers were dropped by helicopter into the teeming market in the heart of Mogadishu, Somalia. Their mission was to abduct two top lieutenants of a Somali warlord and return to base. It was supposed to take an hour. Instead, they found themselves pinned down through a long and terrible night fighting against thousands of heavily-armed Somalis. The following morning, eighteen Americans were dead and more than seventy had been badly wounded.

Drawing on interviews from both sides, army records, audiotapes, and videos (some of the material is still classified), Bowden’s minute-by-minute narrative is one of the most exciting accounts of modern combat ever written—a riveting story that captures the heroism, courage, and brutality of battle. 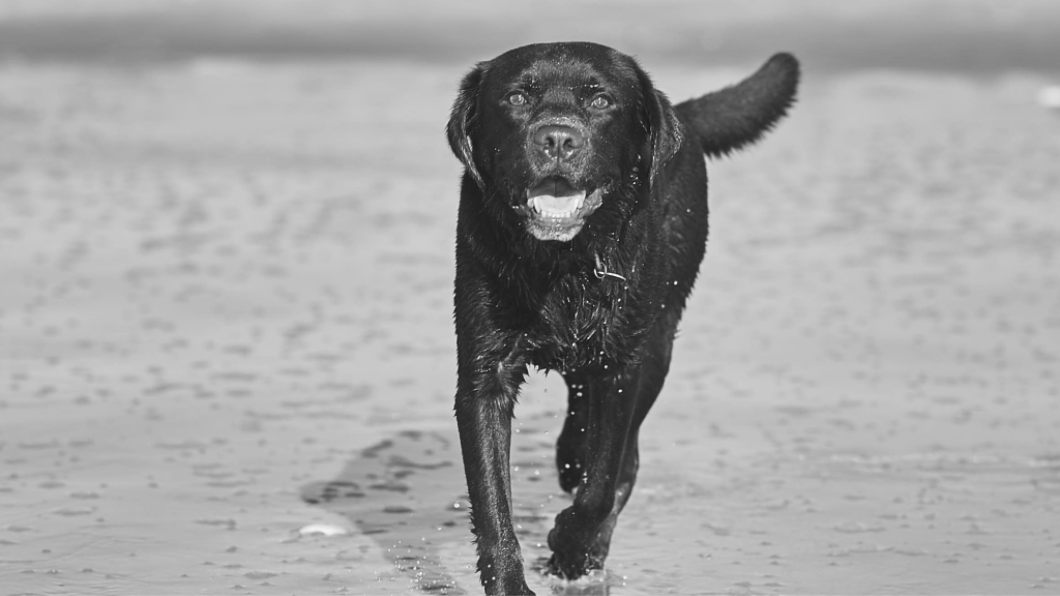 “Stay Calm Within the Chaos.”