Here is a rundown on all details for November 2021: Preserve

I cried a lot, and uncontrollably, when my friend Scott died. The first Sergeant told me to go see the Chaplain, but that was no real help, so I just buried it in my memory and tried not to deal with it. It’s worked like that for eighteen years this coming April. Scott and I were in Basic Training together, Airborne School together, we were right outside Fort Bragg when we teamed up against some used car salesman to save a grand on his car, which feels like the greatest form of freedom on planet earth to a Private in the Army. We started Special Forces training together. The first Welcome Party was a six hour thrasher session in and around the creek on the northside of Fort Bragg, up by Pike Field and the old WWII barracks. We were all in fatigues, those vintage cool looking woodland camo ones. We were wet, we were sandy. There was a lot of yelling, a lot of exercises named after animals, a lot of Cadre screaming at us to quit if we can’t handle it. Many people did, and we never saw them again, their fate was up to Mother Army. Scott and I loved it, though. We looked at each other afterwards and he told me grinning ear to ear, we’re exactly where we need to be. As the course evolved, there was less yelling, and the Cadre told us often to suffer in silence. Put the ruck above your head — then their sunglasses would be staring at you, watching you mouth breathe through clinched teeth and they’d whisper right at you, nobody cares, suffer in silence. Lunge around the building till I get tired — but then a grunt and then you’d hear a shark come close, suffer in silence. Sometimes with one f-bomb thrown in, sometimes three. Sometimes it got really colorful, which made us grateful because we could laugh on the inside during our next lap around the barracks.

Before our final land navigation iteration, Scott drove his truck south to Myrtle Beach, got a hotel, wrote a good-bye note, and then he took his own life. I had a 45 LB ALICE Pack on my back when he did it. I finished my iteration the next morning, I was in the rucksack flop under a perfect North Carolina pine tree, enjoying my jar of peanut butter when they told me I would never see him again. The forever kind of never. I remember riding in the back of the pickup truck, wind dulling my senses, wondering what would happen to his soul, and it was too much to bear even in a uniform as dirty as mine was so I played all sorts of tricks to think of anything else. I miss him still, and wish I could have done more. For his parents and his sister and for me and most of all, for him.

Life is a messy, complicated place with messy, complicated lessons. There is honor in suffering in silence. There is pride, there is regret. There is survival, and there is so much more, and sometimes a lot less. I wish Scott would have picked up my phone calls that night. Did he even see them at all? Did he listen to my voicemails? Did he think about calling me back? I wanted us to eat like kings before rucking through the woods all night, to live that good life when you can because those moments never last forever and then it’s back to the grind. I didn’t plan on telling him I loved him like a brother, and how glad I was to be doing all of this with him. But that’s what was in my heart.

Look left, look right, look up more and down less. Look where you need to look in your life. Make the phone call, send the letter, say yes. And if someone calls you, pick it up. For you and for them. Sometimes there are no take backs, that’s one of those messy, complicated lessons. Sometimes it’s the little stuff, like a steak dinner and you never know — it might change everything. It might even be your reason, or theirs, to PERSEVERE.

At Special Forces Assessment and Selection, you’re authorized one book. Most people brought war books. I brought this one, and it helped me with where I was, at that time. C.S. Lewis is one of the greats, if you’re not ready for this read, now, you probably will someday, it’s just the nature of life. 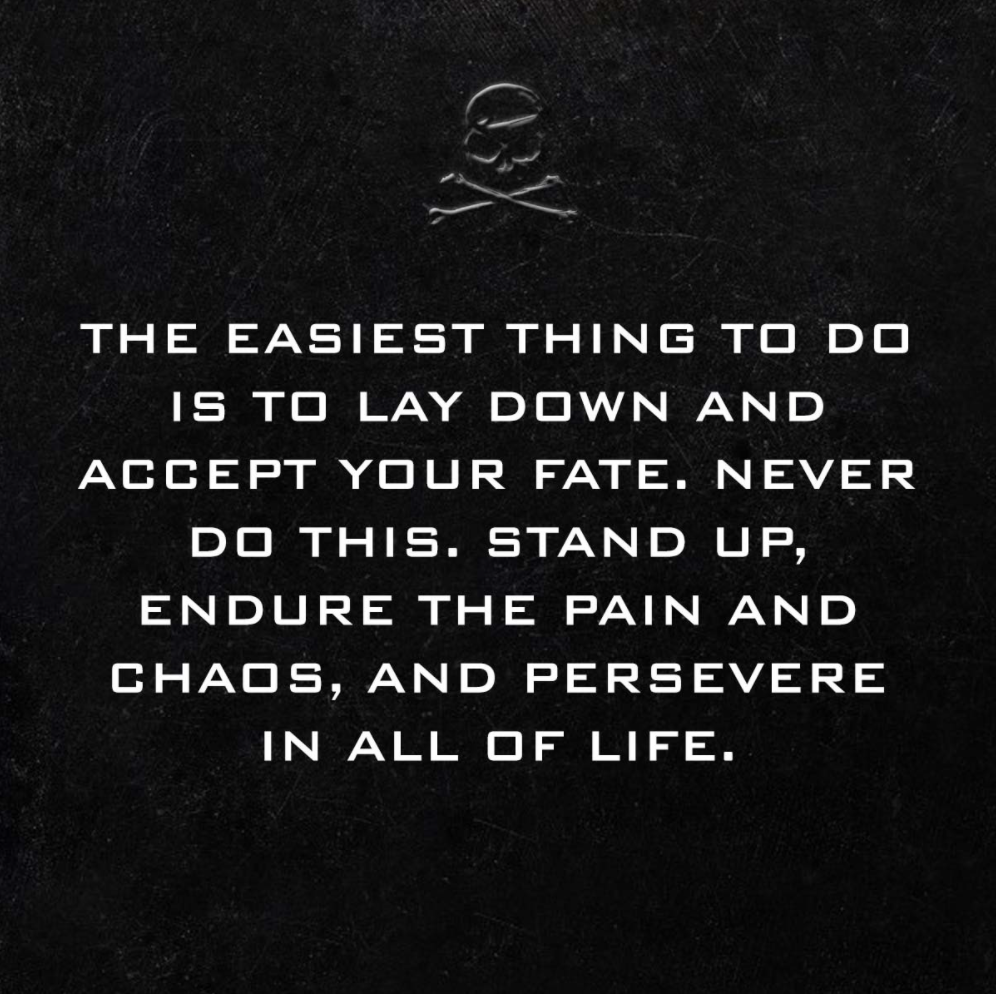 Slick // No rucksack. You pick the height of the step-ups

Hero workout “CHAD” is in honor of Navy SEAL Chad Wilkinson who took his life on October 29, 2018 due to the effects of numerous deployments, several TBIs, blast wave injuries and PTSD. Our goal is to honor Chad’s life and legacy and to raise awareness for suicide prevention. If you would like to donate to the cause visit CHAD1000X.COM

Ask a Veteran what the best part of their service was.

A Grief Observed by CS Lewis

Written after his wife’s tragic death as a way of surviving the “mad midnight moments”, A Grief Observed is C.S. Lewis’s honest reflection on the fundamental issues of life, death, and faith in the midst of loss. This work contains his concise, genuine reflections on that period: “Nothing will shake a man, or at any rate a man like me, out of his merely verbal thinking and his merely notional beliefs. He has to be knocked silly before he comes to his senses. Only torture will bring out the truth. Only under torture does he discover it himself.”

This is a beautiful and unflinchingly honest record of how even a stalwart believer can lose all sense of meaning in the universe, and how he can gradually regain his bearings. 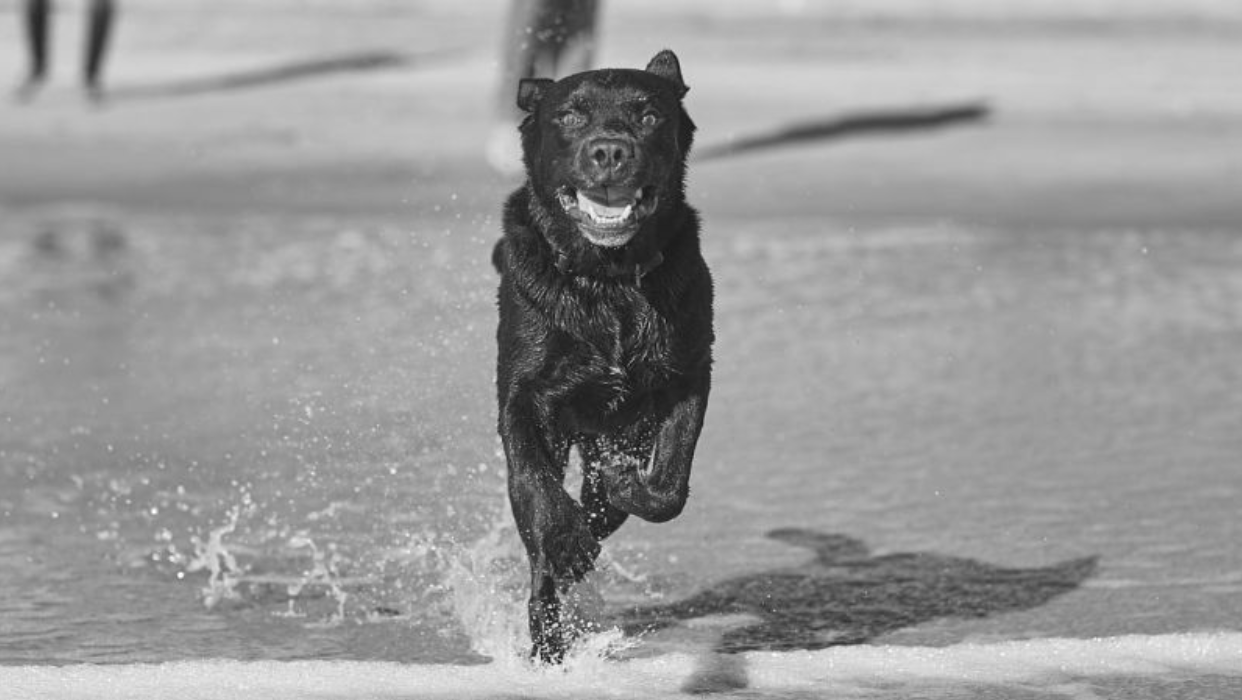