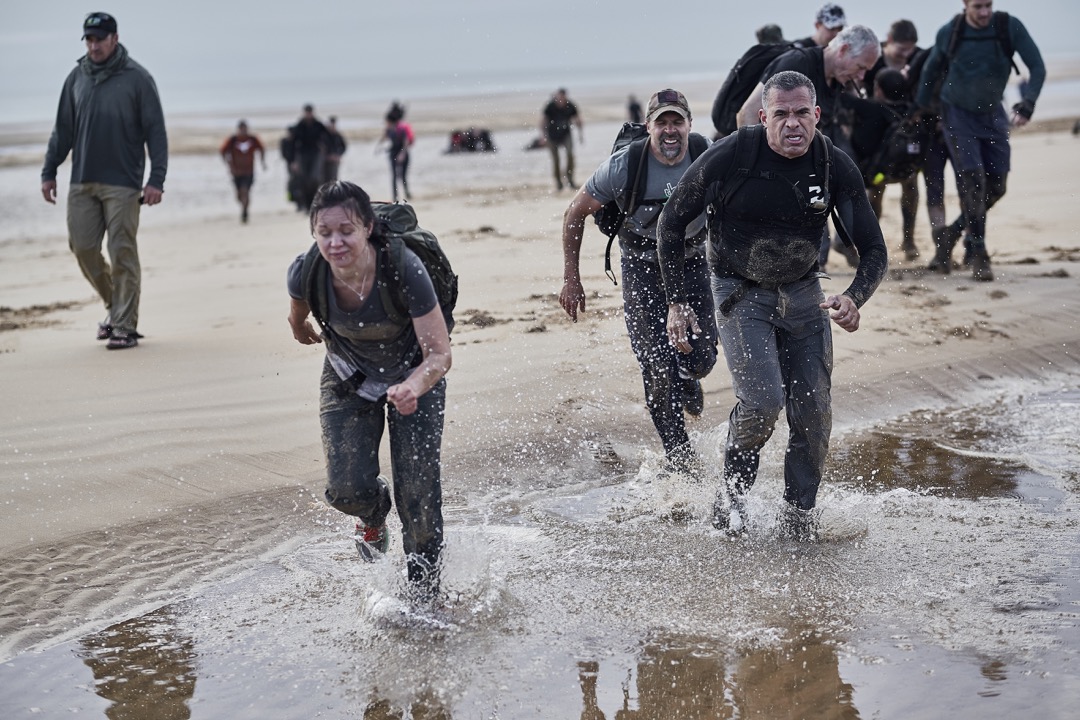 Doing a GORUCK event is, for the most part, a terrible idea. THAT is why we do them! It takes us out of our comfort zones, allows us to meet new people, allows us to learn from cadre in the Special Operations community, and it tests the participants on both a mental and physical level. What do we do when we “hit the wall”? What do we do when we don’t think that we can continue on any longer, and we want to quit? For some folks…that is the answer, and they do just that. Quit. They didn’t utilize one tool that I found to be stronger than others. Your “why”.

True story: It was 2009, and I was in Special Forces Assessment and Selection. I had to pass this in order to hopefully get selected and attempt to earn my Green Beret if I could then make it through the Qualification Course (SFQC). I had come from the regular Army, and I was 100% ready to be out of the regular Army. I just knew what I wanted, and where I didn’t want to be. For days and days we got beat down with very little sleep. Then came the final physical task. “The trek”. 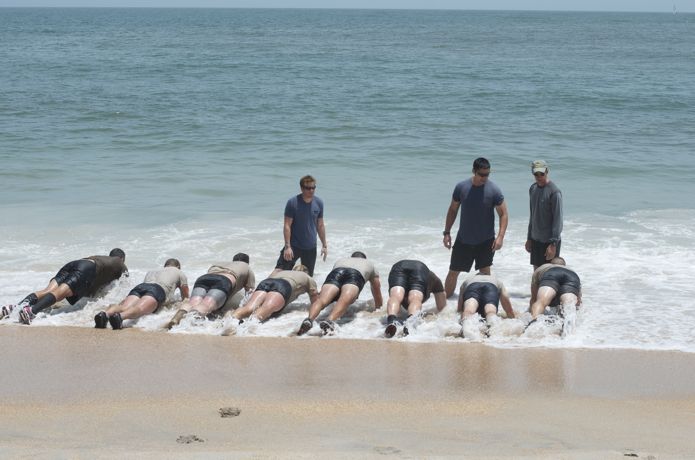 After doing back to back brutal events as well as a very fast paced transitional ruck through sugar sand carrying around 80lbs we were told to ruck march at an undisclosed distance for an undisclosed time, and we couldn’t talk to anyone or we would be kicked out (some were kicked out because of this rule). I estimate that we walked around 30 miles or so. By then my body was completely destroyed. I wasn’t even halfway done with the ruck, and every step I took felt like the road was just making contacting with bone and nerves. So much pain. I saw a couple of guys walk off the road and crash into trees. People sleeping where they fell in the middle of the road. It was like a college frat party only with nastier smells, and lots of heavy packs. I won’t make it. I need to quit.

Just then I did something that I have never done before. I found my “why”. Why was I attempting this? Why was I destroying my body? I was there because I wanted to be better than average. I wanted my kids to be able to hold their heads up high and say “My dad is a Green Beret!” At this point is when I realized that failure wasn’t an option. As long as I could move then I could continue the mission. I continued the mission, and accomplished my tasks, and that’s how I’m here today writing this.

There are going to be times when you’re out there at a GORUCK event, and you’re going to feel the same as I did. You’re going to be 17 hours into a 24 hour Heavy. You’re going to be 1 hour into a “welcome party” at a tough after never having done an event before. You’ll think about your bed, a hot shower, pizza, and just not being there getting crushed. It’s at your darkest moment when you need to dig deep, and find your why. We all have different reasons. You need to embrace these reasons, and push forward. Pain only lasts for a little while, but quitting and being defeated will stick with you long after an event weekend. For many, quitting sticks with them for the rest of their life. 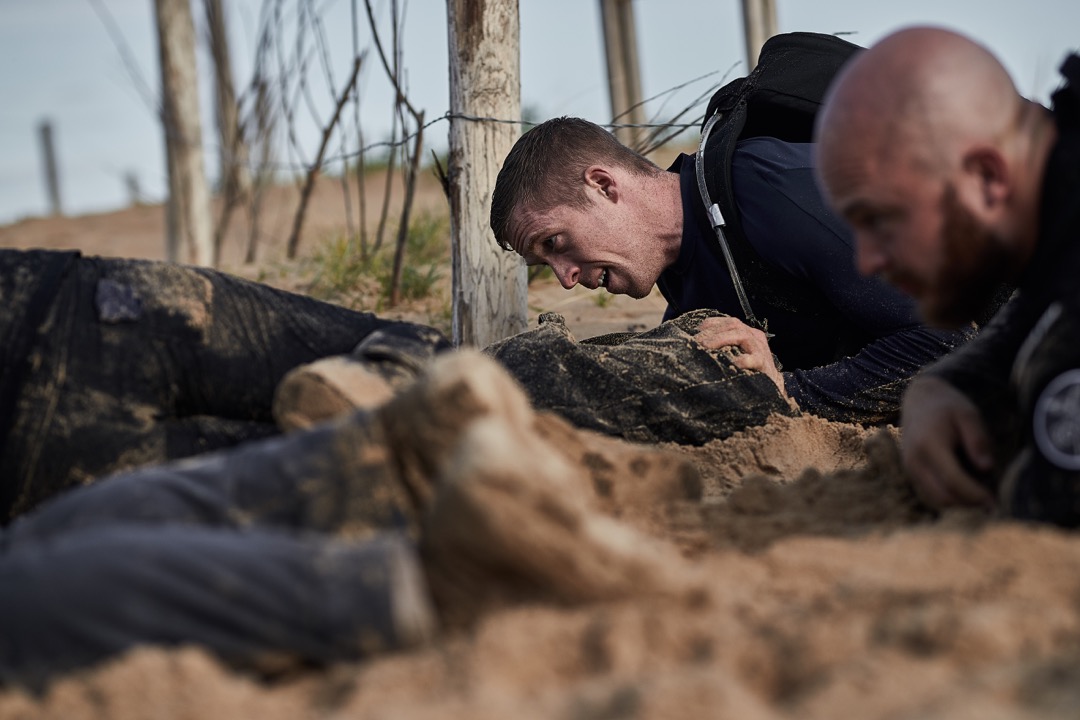 Back during World War 2 there was a horrific event called the Bataan Death March. In the Philippines Japanese soldiers captured American and Filipino soldiers. Soldiers were marched 60 to 69 miles under extremely harsh conditions. No food, no water, dysentery, and the Japanese killing people left and right for any minor infraction. One of these infractions was falling behind. If you were not able to keep up you were bayoneted, shot, clubbed, or disemboweled. Sadly 500-650 American and 5,000-18,000 Filipinos(and some civilians) died during this time. One man almost did, but found his “why”.

During the march an American soldier had it in his mind that he couldn’t go on any longer. Hungry, thirsty, broken body, and steadily losing the will to live. He felt himself falling behind. He knew what that meant, and he accepted his fate. Just then he saw someone that he knew. It’s at THAT moment he found his “why” to continue on. This man he saw was an old Army Colonel from his base. This Colonel would regularly cause issues for the soldier, and he despised him for it. He looked at the old Colonel and said to himself “If that old bastard can make it then I can make it”, and he mustered up his strength, continued that march, and survived the war. His “why” was his hatred for another human, and not wanting to be outdone by him. Think about it…if this man didn’t look to his side and see that old Colonel then there would have been one more dead American on that march. Crazy stuff. 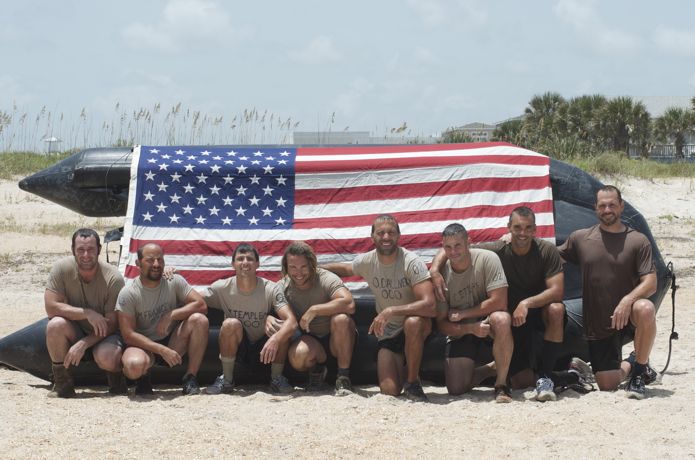 There is no canned generic “why”. Everybody is different. Some will continue pushing through an event for their kids, others to show themselves that they can overcome disabilities, some look to the people on their left and right (teammates – never let them down), some to honor someone that is no longer with us, and heck…even hatred for the cadre. Whatever it may be I guarantee you that you have that inside of you. You need to figure out what it is, why it is, and embrace it when hope seems lost. If you can master that ability then you can be successful. 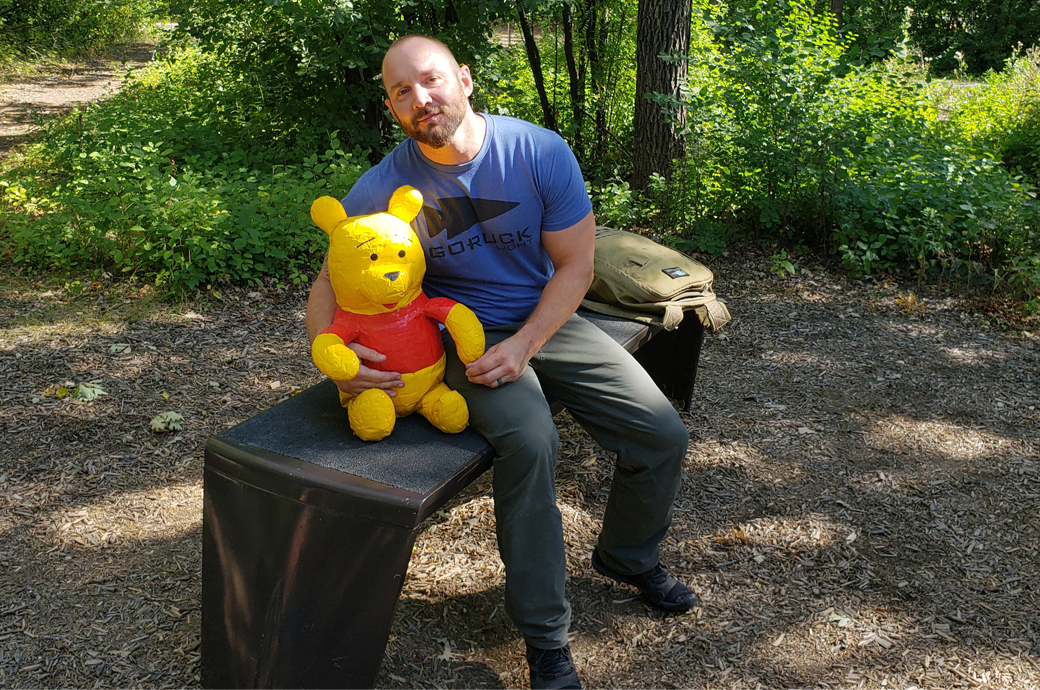 Handsome Mike enjoys long walks with random strangers, picking up heavy things repeatedly, ice cream, and has a weird fetish with little men in the woods. He LOVES when you refer to anything other than actual US Army Special Forces as “Special Forces”.