“My first GORUCK event was a Tough in February 2013 located in Tampa, FL. I had Cadre Dan, who I also ended up having for my first Heavy that following year at the Bragg Heavy. I really didn’t know what I was getting myself into when I first started doing events. I had randomly met a group at an obstacle race 5k and while having a beer at the finish line, they told me about GORUCK and had me registering for an event soon after. I really was the weak one on the team my first event and so my goal was just to do as much as I could to help the team, even if I wasn’t holding onto weights for very long. Throughout the next couple years of events (I am 10 away from reaching 100), I have met amazing people and thankfully am now confident in myself. I am able to help out the team when others are hurting, instead of only asking for help myself. I have loved becoming part of the community and it is really meaningful to me, especially with having a military family. I have epilepsy which means I cannot enlist, so this is the closest I can get to experiencing anything military related and if there were any ways to help support the military, this would be the community to go through.”

“One thing I finally have been able to do is create Tampa Bay Ruck Club. I had been part of a GORUCK Club before and wanted to create a new one in Tampa. Since I actually don’t live in Tampa and but am there more than enough, I wanted to make sure we held rucks that weren’t always located at the same park, same start point, same route. Even though we don’t have a lot of hills or steep mountains to climb up, we do have a lot of beaches and trails to ruck around and have been able to get multiple rucks together around Tampa Bay and other areas in Sarasota and St Pete where there are more GRT’s. We’ve recruited many new GRT’s this way and actually have some people from other ruck clubs in the community join us on rucks. We do community service projects through Travis Manion Foundation and also team up with American Lung Association. We usually ruck about 5-10 miles, and also finished our first overnight ruck after finishing the Freedom Ruck with 17.76 miles. I really love having a ruck club, it is an awesome reminder of what the GORUCK community is made up of and I am very excited to finally have our own patch being developed!”
-Kaitlyn Bunker
#tampabayruckclub 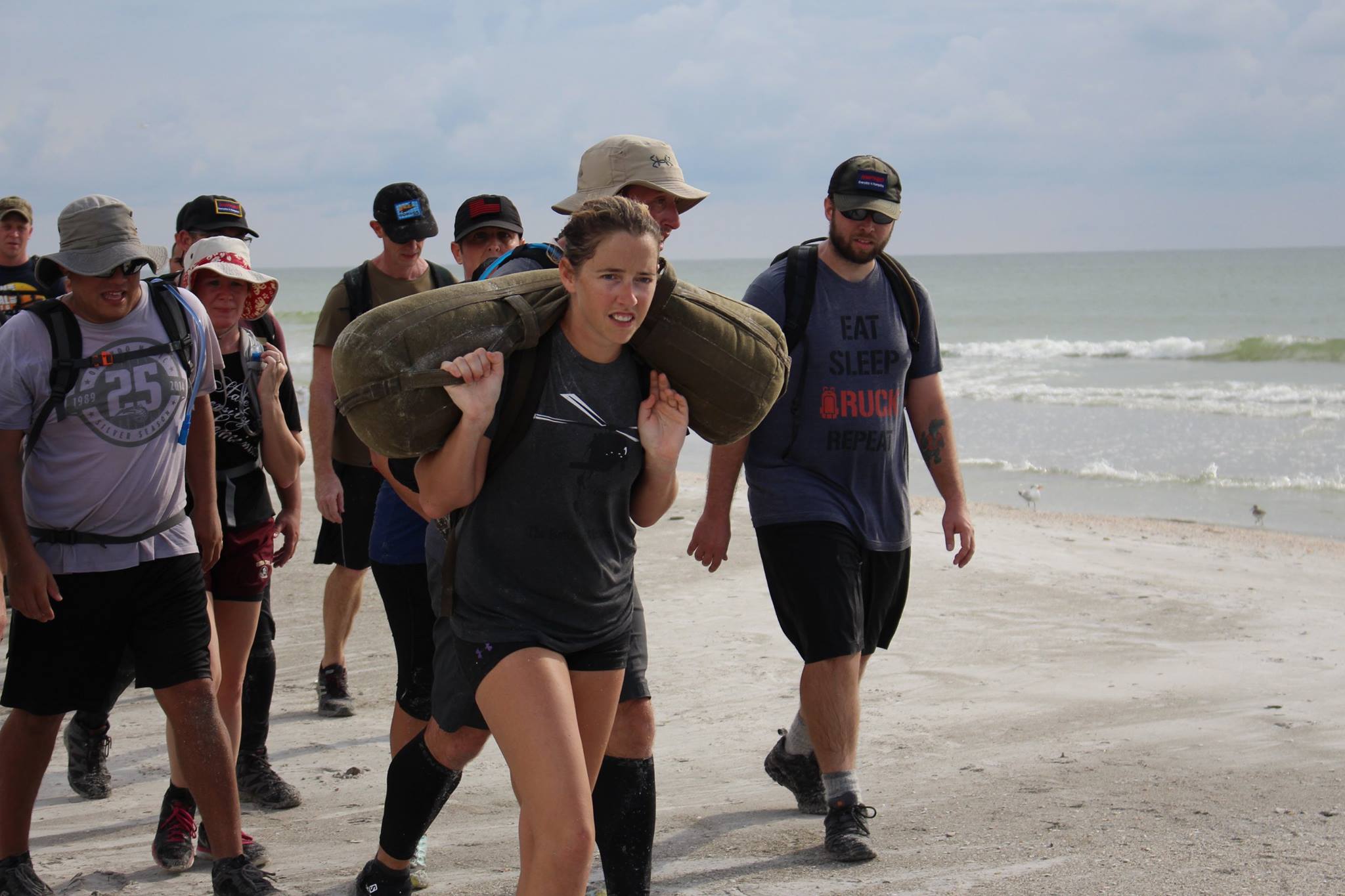