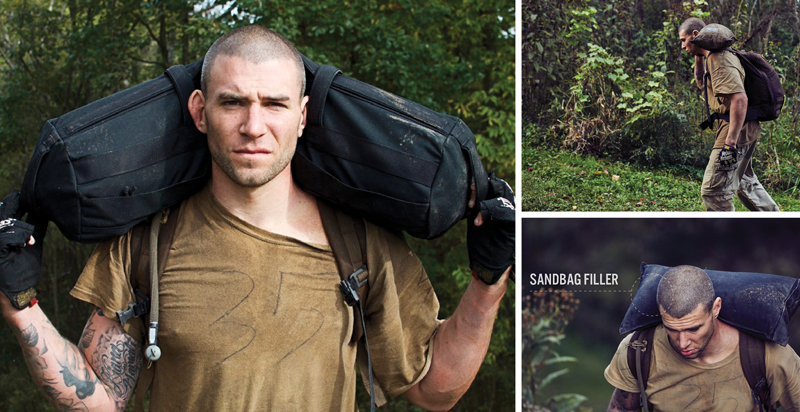 And then there was one.

I learned early on in my Army days that you can’t stop Father Time. Just keep your head focused on the task at hand while the sand flows south, and embrace whatever comes at you. It’s their game, their rules, and you’re playing by them. Which pretty much sums up 035’s life at this point.

The Cadre flip a switch at the 24 hour mark. The yelling quells, our new tactic is silence and monotony of moving heavy stuff long distances. 035 even took his limited entertainment opportunity to share with us what he really didn’t want to do anymore, the Sandbag Mover. As if we’re married to our original plan or forced into someone else’s script. Life doesn’t work like that, neither does Selection.

“So you wanna go to the water and have a Welcome Party?”

“…Yeah…I just can’t wait for the Sandbags to be done with.”

So, of course, I went to the Cadre and said “I know we’re scheduled for water operations, but he needs more Sandbag training. He actually just told me that’s exactly what he doesn’t want.”

They smiled back smiles of “more Sandbags it is.”

“035, do you wish to voluntarily withdraw from Selection at this time”

“Then continue the Sandbag Mover as outlined by the Cadre.”

And it was hard not to crack a smile.

Miles and miles and Sandbags and more and eventually night fell and with it, hopes of warmth. 035 was still going strong, none of us thought he would crack, but you never know. The wrong thing happens at the wrong time and it gets inside someone’s head and then they’ve had enough. We’ve seen it before and we’ll see it again.

And then it was time for The Long Walk.

And the end is near and everyone knows it. But we’re not at 48+ hours yet and there’s no guarantee of when it’ll end, emphasis on the +.

Big Daddy told 035 he was going to take all the Sandbags to the top of the hill, again, and he wasn’t happy about it, at all.

But first, at the bottom of the hill in the river out of the river face down stand up crawl get your ruck above your head on your belly on your back. Too slow, 035, the next task will be your favorite. The Sandbag Mover, get all of them up to the top of the hill. Time starts now.

It’s pretty much the usual thing most of us do on a perfect Saturday afternoon. Right?