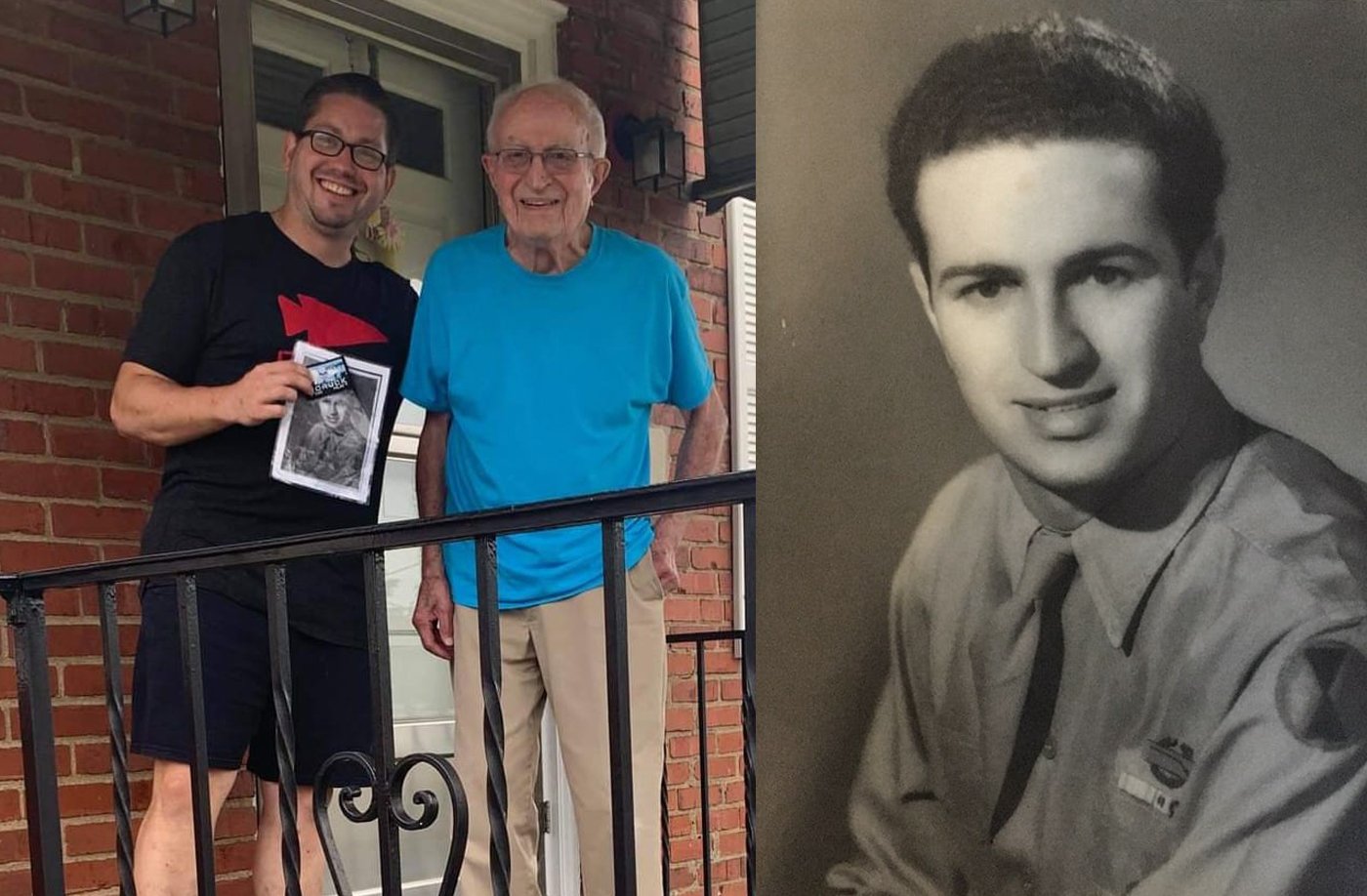 This is my neighbor John. He just turned 100 this year and he is a World War II veteran. John lives by himself and takes care of business everyday, and recently got his driver’s license renewed so he is good until he is 104. He still does his “Army exercises” every day when he wakes up and he has the best lawn in the neighborhood. He is completely self-sufficient although we do get a little bit nervous when he starts cleaning his gutters and we have to call his granddaughter to snitch on him (who is my age).

John was in the California National Guard before WWII and then became a part of the 7th Infantry Division. They left San Francisco and saw combat all over the Pacific – the Aleutian Islands, the Phillipines, Okinawa. In between they had the occasional refit and retrain in Hawaii. He saw Shuri Castle burn and was lucky that the only mine he ever stepped on was for a vehicle so he wasn’t heavy enough. He feels lucky to have gotten out of there alive when so many others didn’t. He once told me he felt bad for the Marines because they constantly had to take all the smaller islands which were a lot easier to guard so they were just getting chewed to bits.

After the war he and his friend hopped into his ’39 Chevrolet and with $300 in their pockets started a road trip across America. His mom told him to stop in Pittsburgh to visit her brother. Here his friend began dating his cousin and he began dating his friend’s cousin Ida, who eventually became his wife. They settled down in Pittsburgh, he became an auto mechanic, and they had kids and grandkids.

When we moved in 13 years ago, I was deployed to Iraq and my wife was talking to him about the military. She mentioned that I had been stationed on Okinawa, and he said he had been there too. When she asked if he had been at one of the bases there, he smiled and said “I’m the REASON those bases are there!” His wife passed away about 8 years ago. They put a bed in their living room for her to stay in but according to John she didn’t like sleeping downstairs. So every night this 92-year-old man would carry his 90-year-old wife up the stairs in his arms so she could sleep in their own bed. This is the kind of man John is.

I told John about the event I did this weekend and some of the things we did. He was very entertained and said that was one hell of a way to spend a weekend. He was very honored I spoke about him and wanted to say thank you to all the people that showed up for those kind of events to honor the fallen and a bunch of old men like him. I feel very fortunate and honored to know this man.