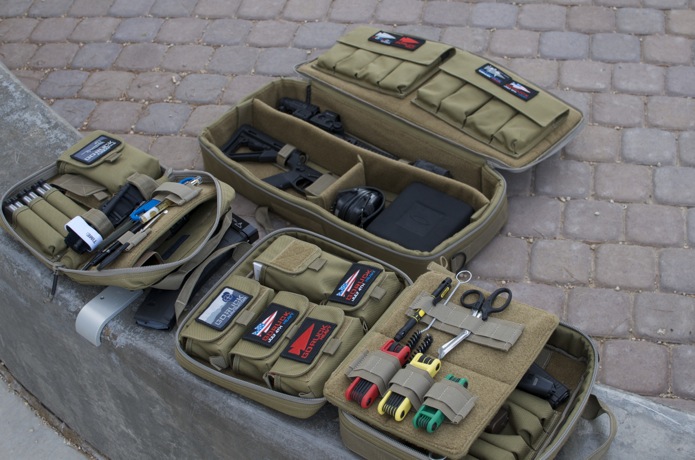 The last shot of the morning and here it is my PTBUF (Pee-Tee-Buff) to you no words required OK a few words required since you can’t even google it that’s how cool it is ummmm the gear and the acronym. PTBUF just means Put The Benefits Up Front and tell someone clearly early what’s in it for them if it’s a novella they’ll tune you out or won’t care sort of how when people ask me what GORUCK is I used to say we’re a gear and and events company and 10 minutes too long later I was done and now I say we’re in the business of Building Better Americans and then people actually want to know more and try it sometime it works.

In this case, Firearms gear – ours is a modular, Velcro based system of pouches inside a carrier that effectively organize your range gear but that’s not really a good PTBUF so how’s this:

We design and build everything in America and offer a lifetime guarantee and Rule #1 is Always Look Cool and gypsy camps are a violation and so is cheap gear that falls apart but sexy is as sexy does and if you like sexy this is the Firearms gear for you bang bang double tap I mean controlled pair on that one eh? 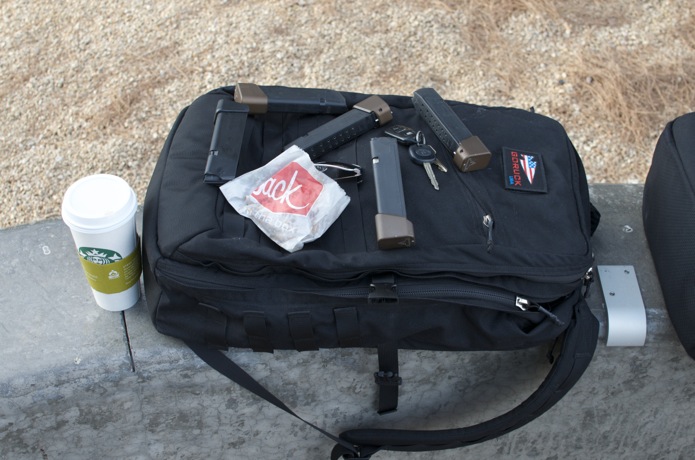 Waking up at 445 in Vegas is not supposed to ever happen of course because you should either be passed out or still up. But photos don’t take themselves and if they did they would reserve dawn or dusk and it’s like 120 degrees by 9am so early early it was.

And Tyler and I joked about how bad this sucked in a way that we both knew this didn’t really suck at all but sometimes it feels good to smile through a complaint and he was like I literally don’t know how I was in the Army for so long I hate and I mean hate getting up early and that makes two of us. Starbucks was closed and I’m surprised they don’t serve booze in Vegas or something and stay open 24 hours and apparently morning coffee is to me what 4,000 calories every 3 hours is to Tyler: mandatory.

So I got ready by waiting for Starbucks to open because some things can’t be rushed and then we commenced the shoot or the worthwhile portion anyway. 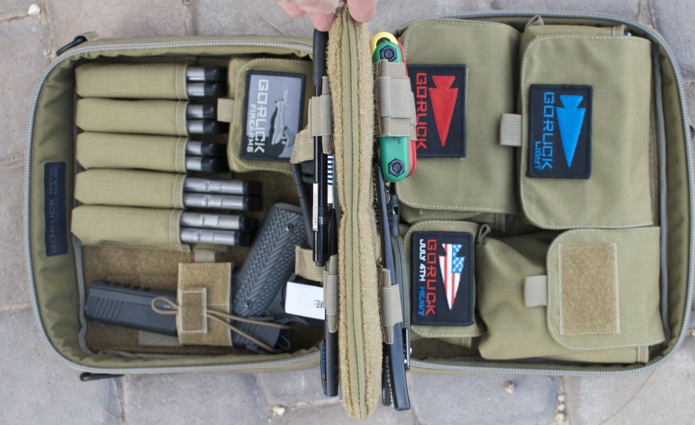 Pistol Case. You can see the organization on either side of the padded/double sided Velcro divider and I never even wanted to be a finger model in life but sometimes you just get lucky. 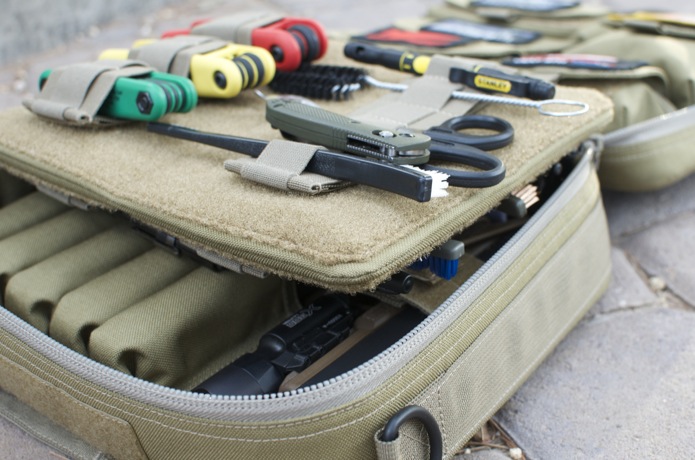 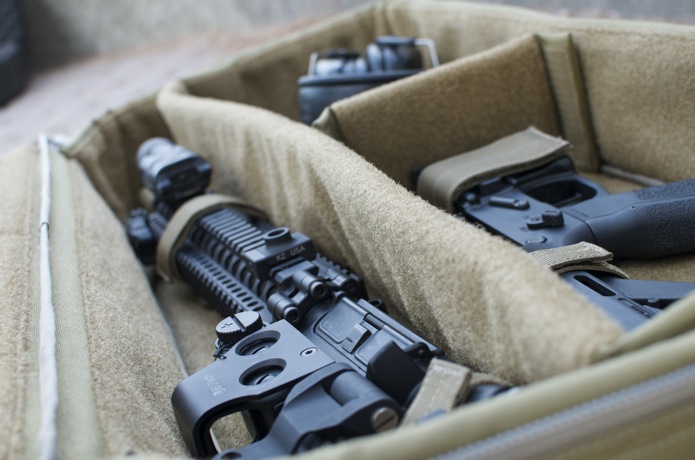 Rifle Case interior. It’s a low-vis case in that you have to break down a full length AR-15 or similar rifle to fit it in there. The good news is that you don’t have to look like you’re carrying a full length AR-15 with you everywhere you go I mean maybe you just like to play the violin or something. 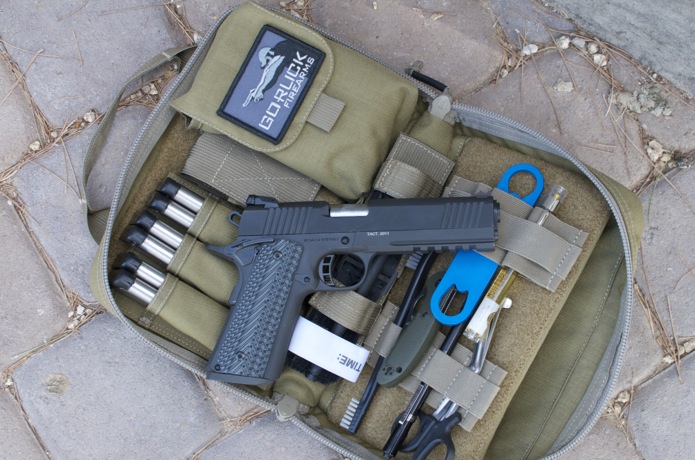 Pistol Rug with in Tyler’s words a sweet ass .45 on top and no, that’s now where it goes it’s just a sizing reference and can you find the pistol in there (below)? 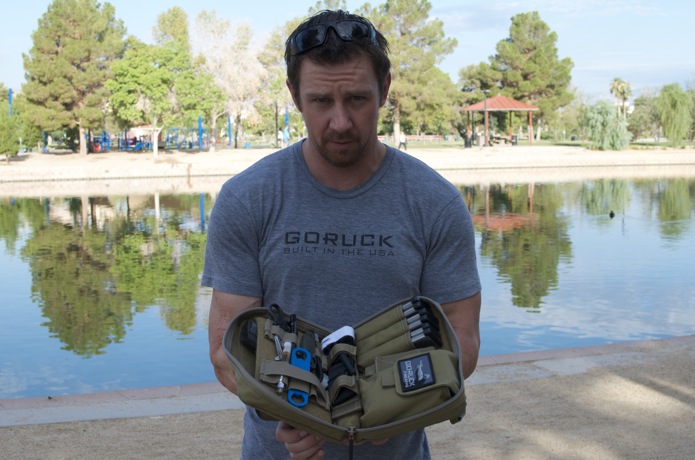 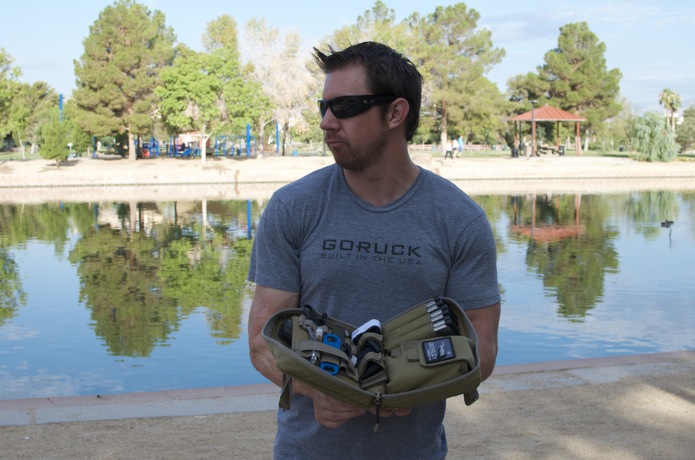 And Tyler was like hey what you’re gonna show my face I need to look more like a badass and sexy is as sexy does and we’re off to the range now.