Monster speaks and we listen and he’s like hey GR1 is the most badass laptop bag ever built. 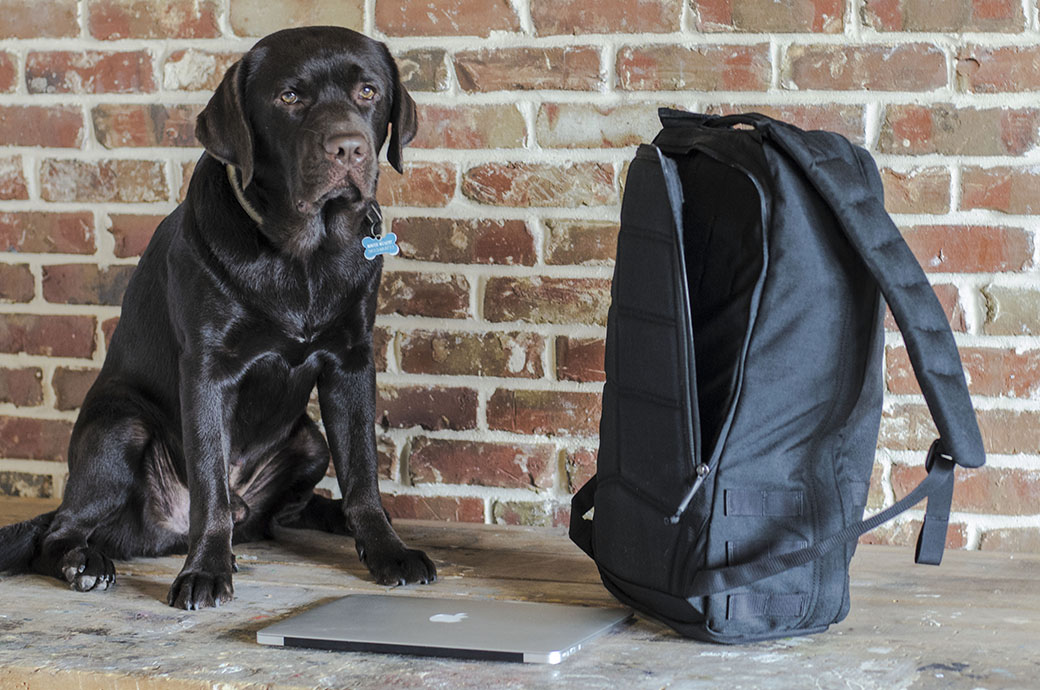 Mic drop off he goes.

Nobody doubts Monster but…?? 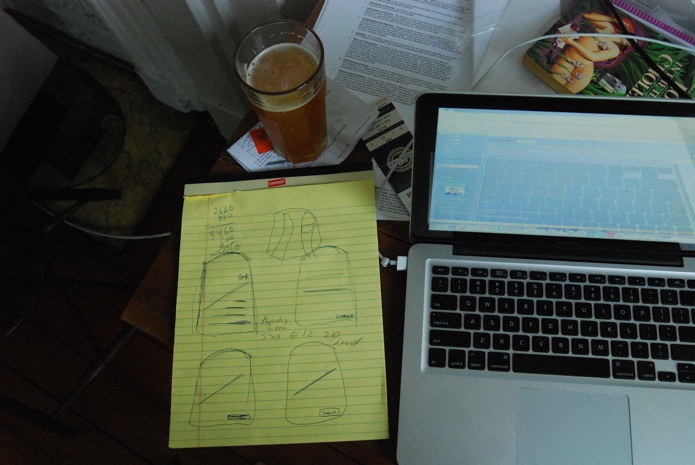 Time warp back to 2008 when we had napkin sketches for what GR1 would become. It had to thrive in Baghdad and NYC which means functions and looks (Rule #1 Always Look Cool). The laptop always had to have its own compartment. It’s easier in and out, easier to secure with padding that’s comfortable next to your back, easier to as we say, make it bombproof.

And since Baghdad (or NYC for that matter) is not the easiest place on gear, or laptops, we literally designed GR1 around the laptop compartment. It sounded easy enough at the time.

Two and a half years later overnight it was done, just like that. 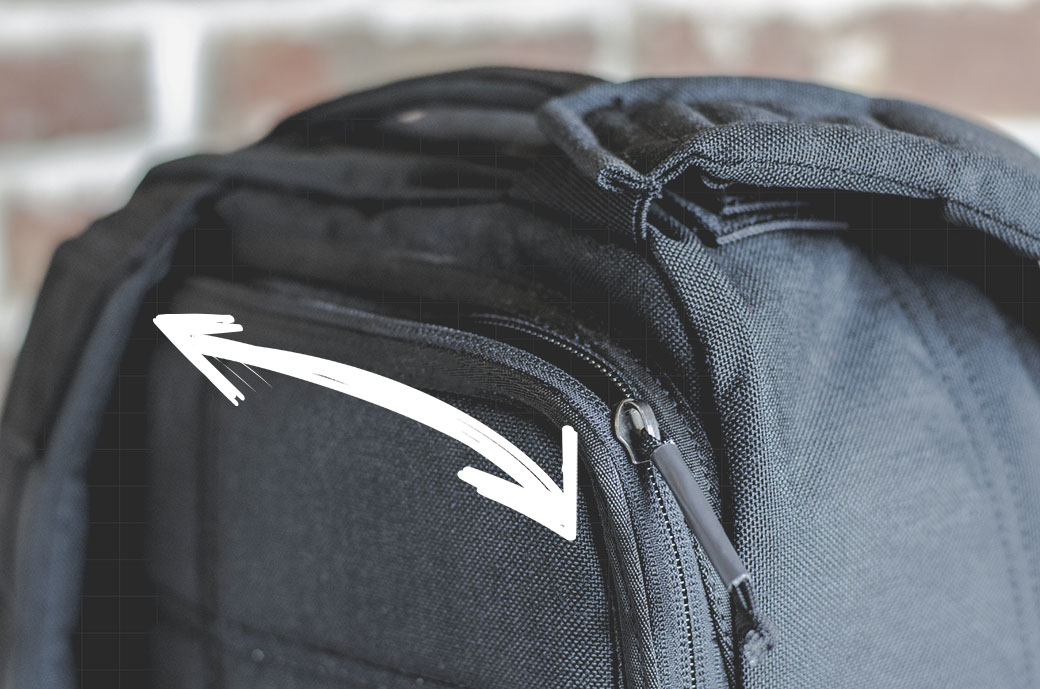 The biggest problem we encountered in the construction was the flow of the zipper around the corner. Prototype after prototype it kept catching and I hated it. The zipper head would catch on the fabric as it made the turn, barely but annoyingly so. If we would have left it like this, over time it would have worn holes in the fabric which means it would fail. When you have a lifetime guarantee on a ruck, that would be a really bad plan. So … enter the 100X zipper test. Every time our designers sent me another prototype – this is in 2009 and 2010 by this point, I’d say here’s what I’m gonna do. I’m gonna take the laptop compartment zipper the full range of motion 100 times, as fast as I can. If it fails, it’s a no go. If it slides smoothly every time, all 100X, we’re in business.

Welcome to the next year to get right. 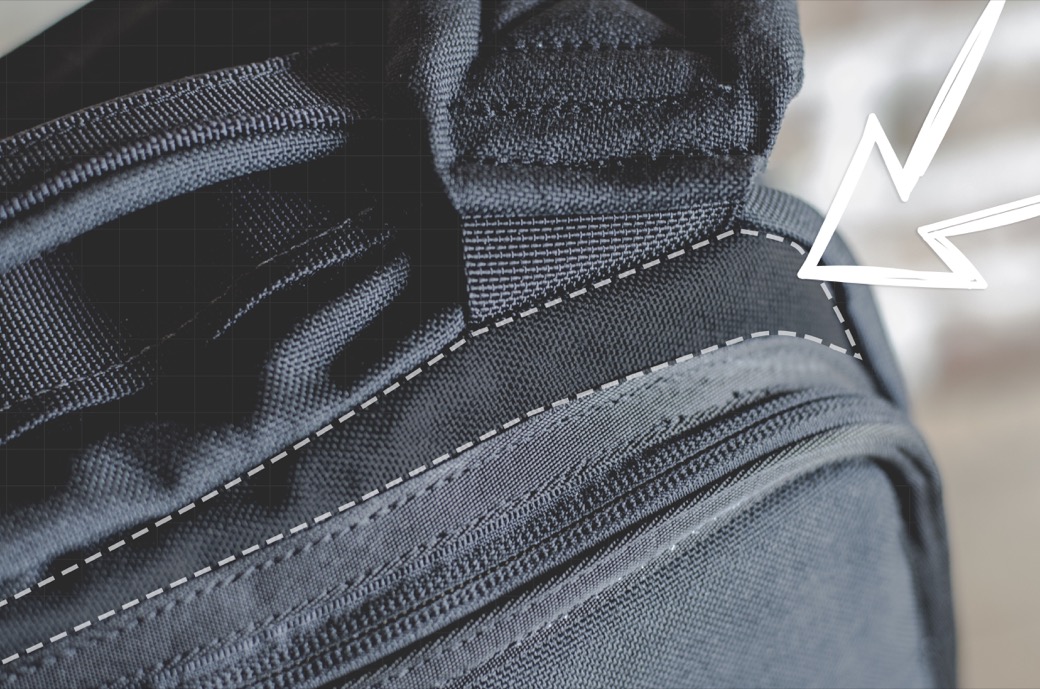 Eventually after a lot of almost 100X passes they had to create a separate pattern piece, a panel internally called the “bird beak” above the zipper but below where the straps are sewn into the top of the ruck. I don’t know how to sew anything, which was actually liberating because it shouldn’t matter whether you can sew either, you just want it to work. I was told more than once that it wasn’t possible to meet the 100X zipper test. So I played ignorant to the difficulties, prototype after prototype, and they came up with the bird beak. It required some tweaking after the first version, but very shortly after GR1 passed the 100X zipper test. 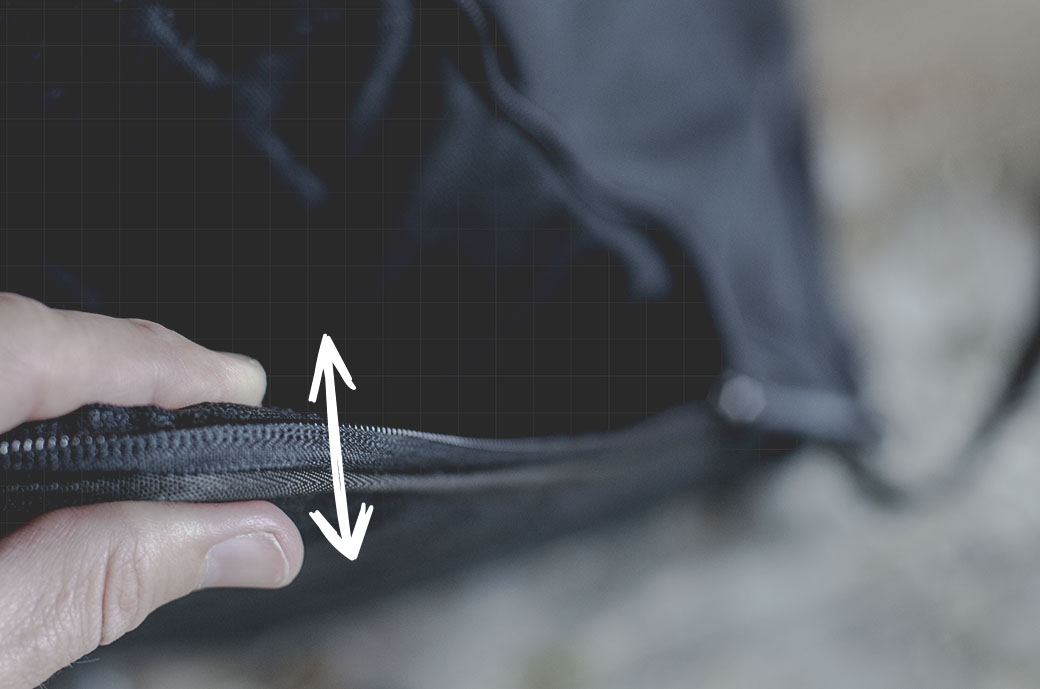 If you’re in any kind of consumer goods business you want people to feel confident about your stuff when they touch it – even better if it actually works, too, lol. When you squeeze the padding in the back panel, you won’t have any doubts about how secure your laptop will be in there. It breeds confidence. 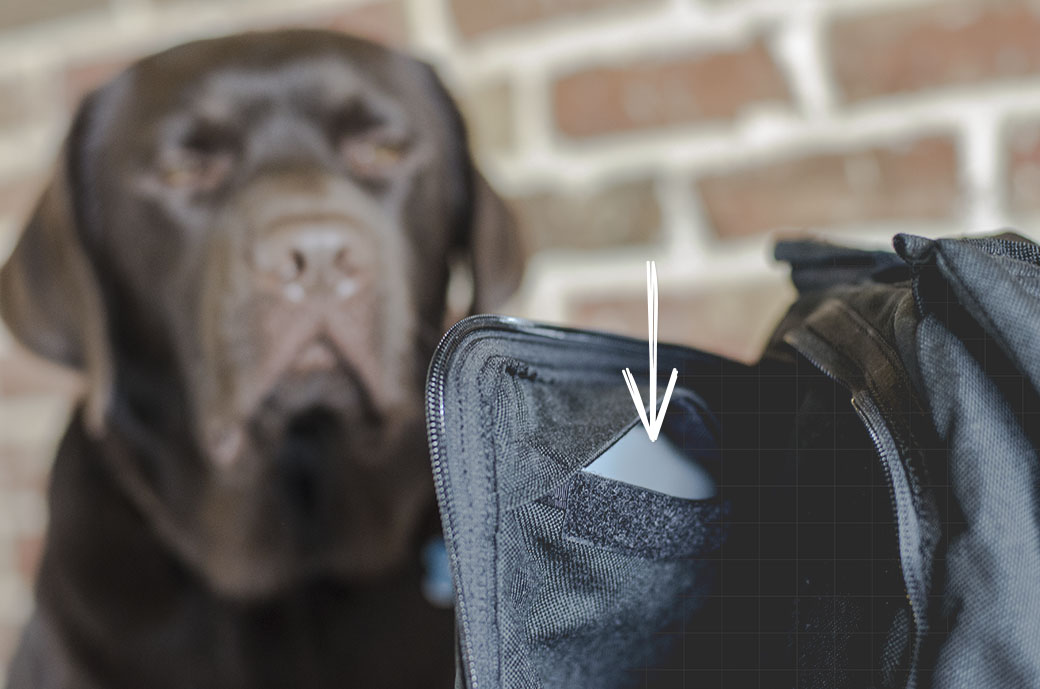 There’s a hard plastic frame sheet in the back panel, secured with a Velcro closure.

The job of the frame sheet is to help the ruck keep its structural integrity north south while you have weight (of any kind) in the ruck. If there is no frame sheet, the ruck will have the tendency to curl on itself while you’re wearing it, which is uncomfortable and not ideal. 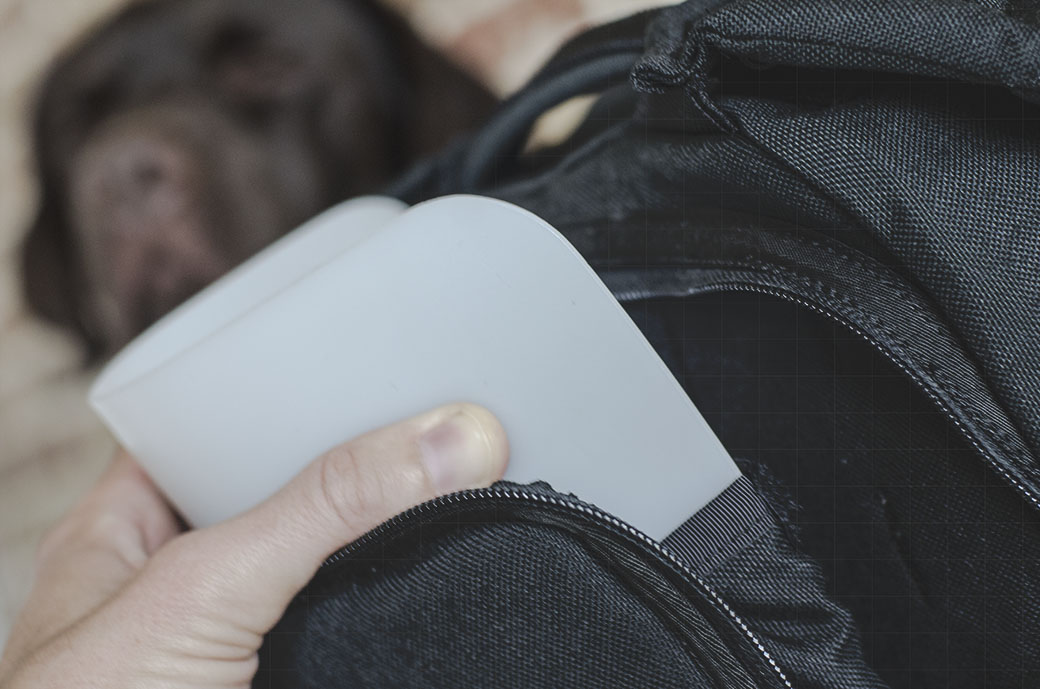 We never really intended for people to take it out, and I don’t recommend you take it out. Some people have added stiffer plastic in there over the years, but I’ve never modified mine despite carrying very heavy loads. The Velcro closure/opening is necessary for the construction/build process of the ruck. It would have been impossible for our sewers to close the bag, meaning to attach the back/laptop panel to the main compartment – which is the hardest part of 3+ hours it takes to build a GR1 – if the frame sheet were sewn in/not-removable.

Once the ruck is complete, putting the frame sheet in there is the final step. To get it in there, we have to give it the shape of a “taco” and push it in there. If you ever wanted to get it out, you’d have to do the same taco thing. 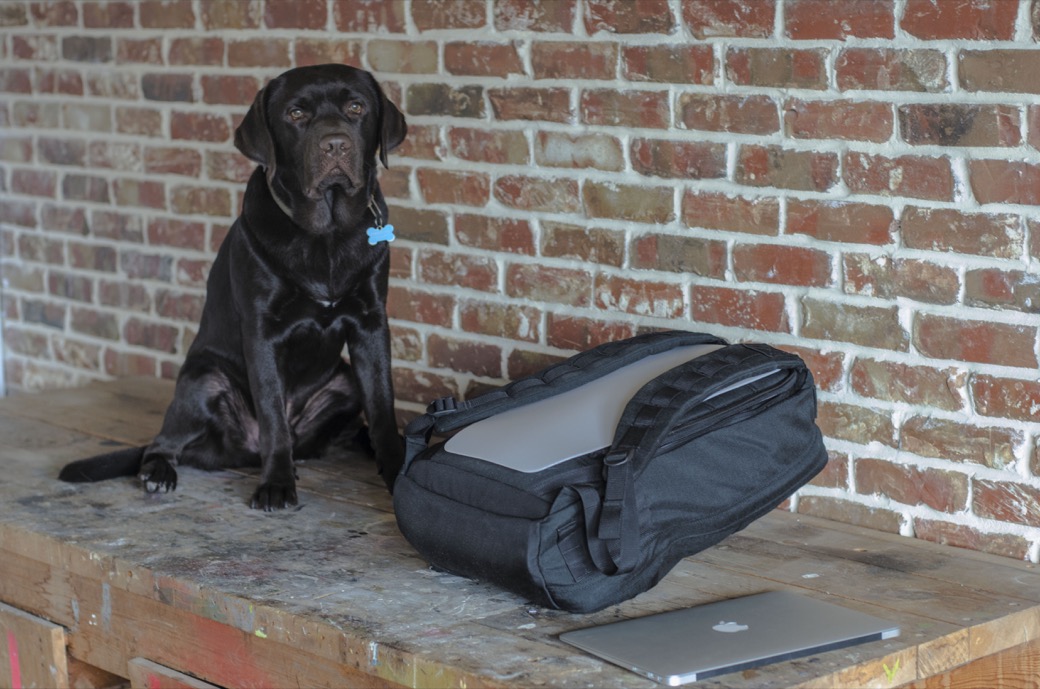 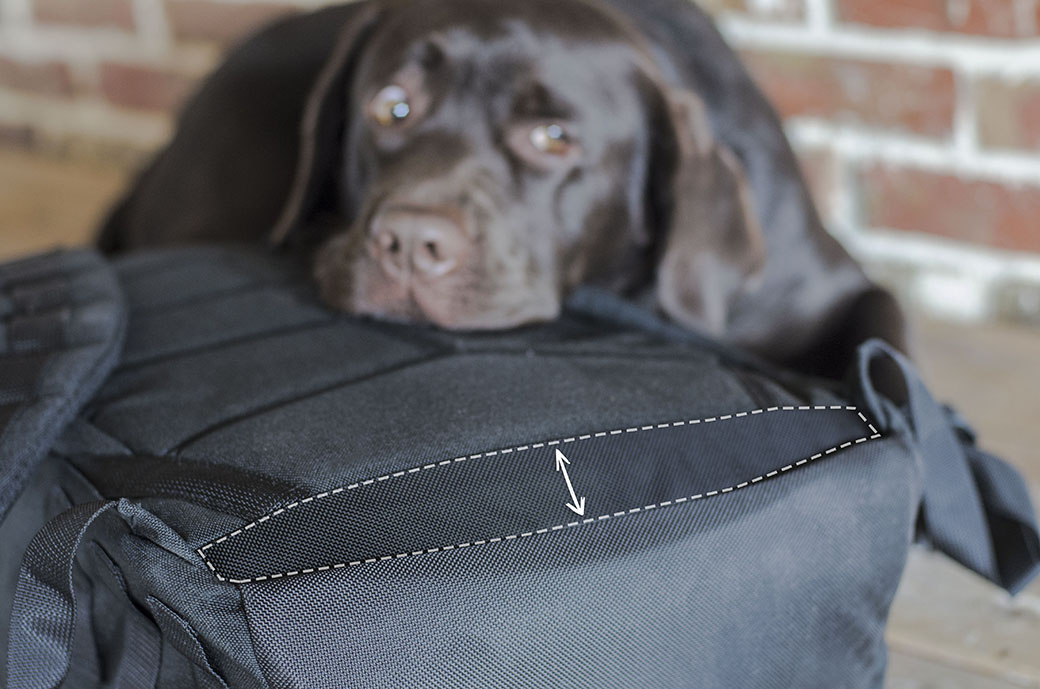 The false bottom. Basically, when you set the bottom of your ruck on the ground, you don’t want your laptop to notice. That’s what the padded 1” separation known as the false bottom does for you. You set your GR1 down on the concrete and you don’t hear a thump because your laptop feels the padding not the ground. 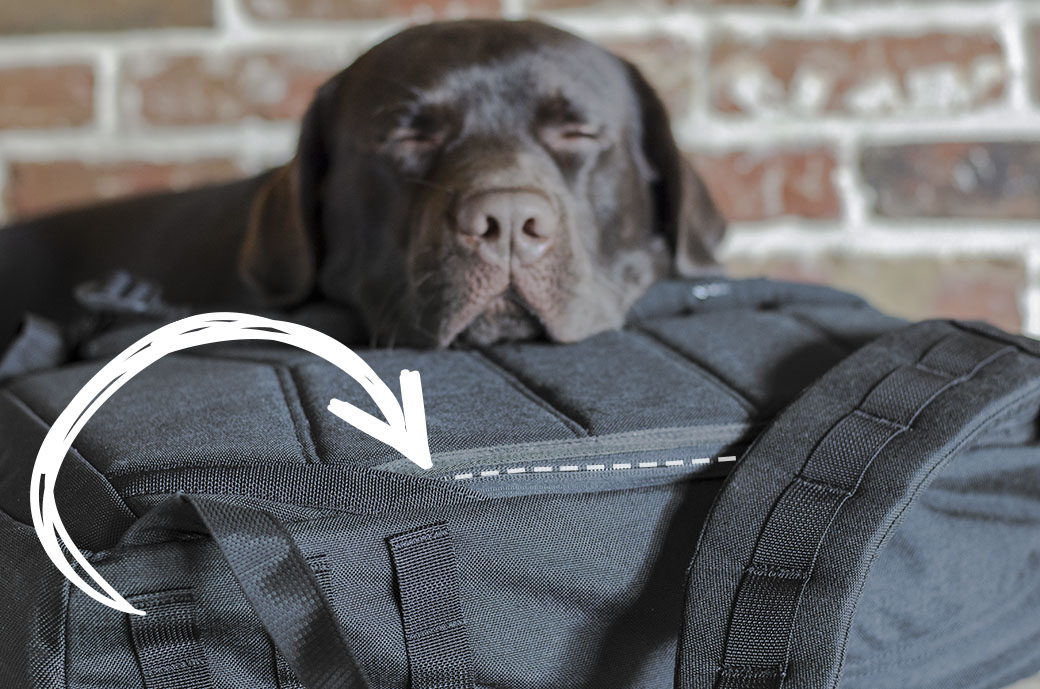 Why does the zipper end here along the side? Basically because it doesn’t need to go all the way down for the laptop to be easy in easy out. And because at that bottom corner of the ruck, there are a lot of components coming together. The false bottom, the shoulder straps, and the bottom of the ruck are all down there. So it was necessary to push the laptop compartment’s zipper up a few inches, which reduces the bulk down there in the seams thereby making the build easier than it would be if the zipper also went all the way down. Complexity is the enemy. 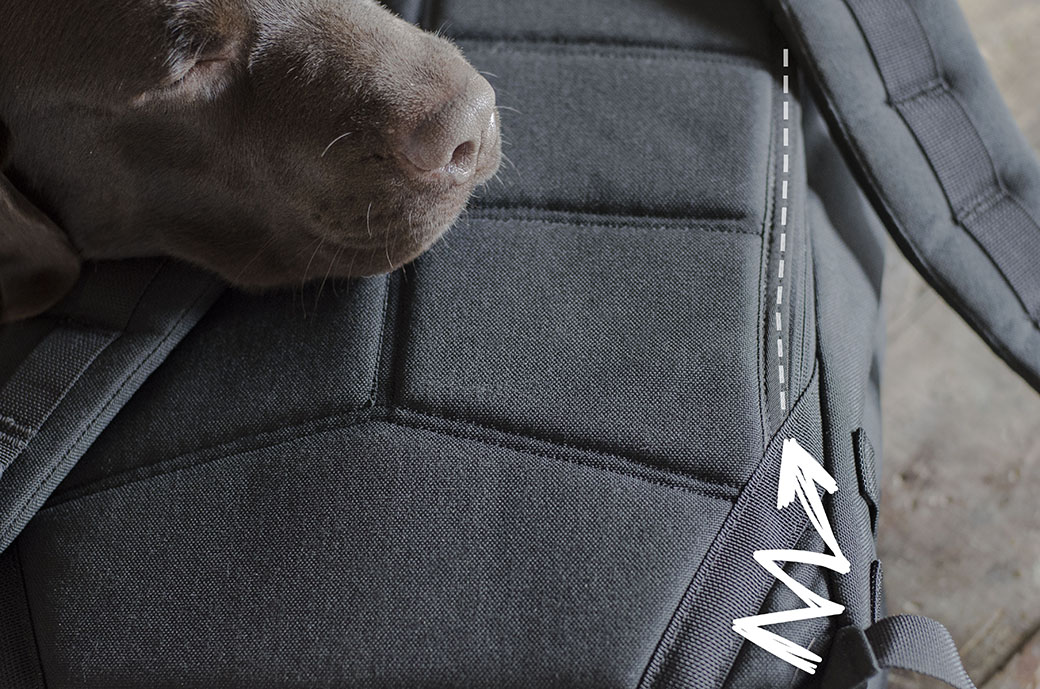 And resting easy is the goal. 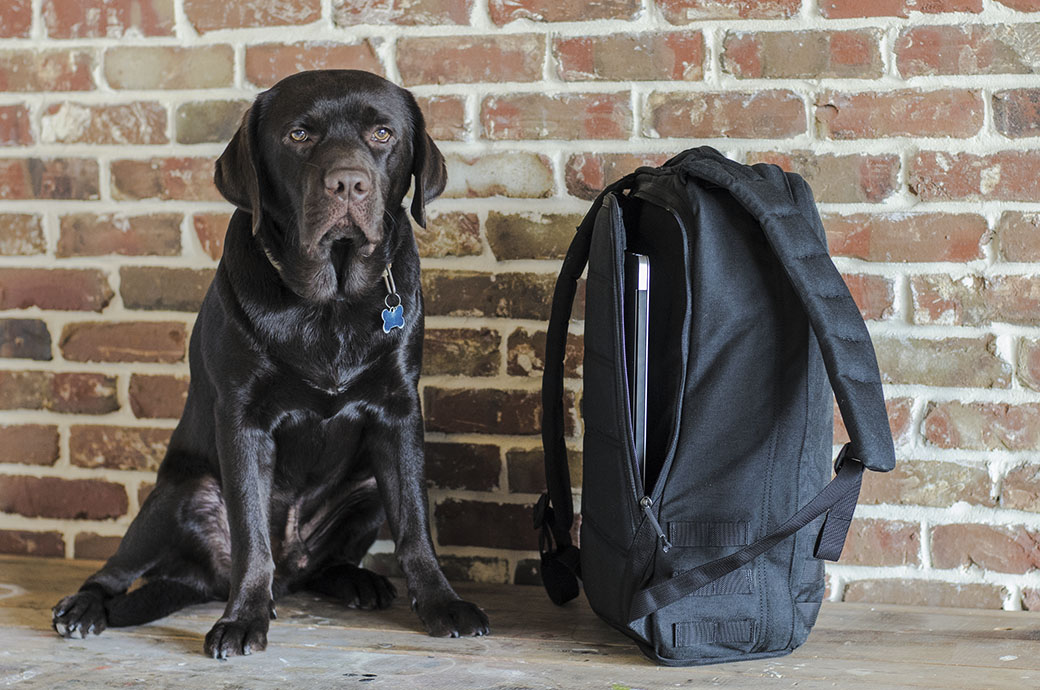 So when you have your $1,000 or your $2,000 laptop and you’re looking for easy in easy out and want to protect it with confidence across time zones, on subways, and in the harshest environments imaginable, it’s called GR1. As Monster says, the most badass laptop bag ever built.