The process of developing MACV-1 mirrored a Special Forces mission. Lots of planning, lots of testing, and a relentless pursuit of excellence against all odds. We went through dozens of pairs of tests and hundreds and hundreds of miles. The wear and tear on all of the shoes was rough and they were all put through the ringer to ensure that they were the best.

We succeeded in creating the best, most adaptable rucking boot for Special Forces guys because our team had a mastery of the fundamentals, and we weren’t afraid to break the rules when we had to.

Most importantly, we stayed true to our roots and to ourselves.

One of our first prototypes that had too many pieces and too many seams and stitching. It also didn’t have the sturdiness that we were looking for in a high mileage SF Standard Rucking Boot. 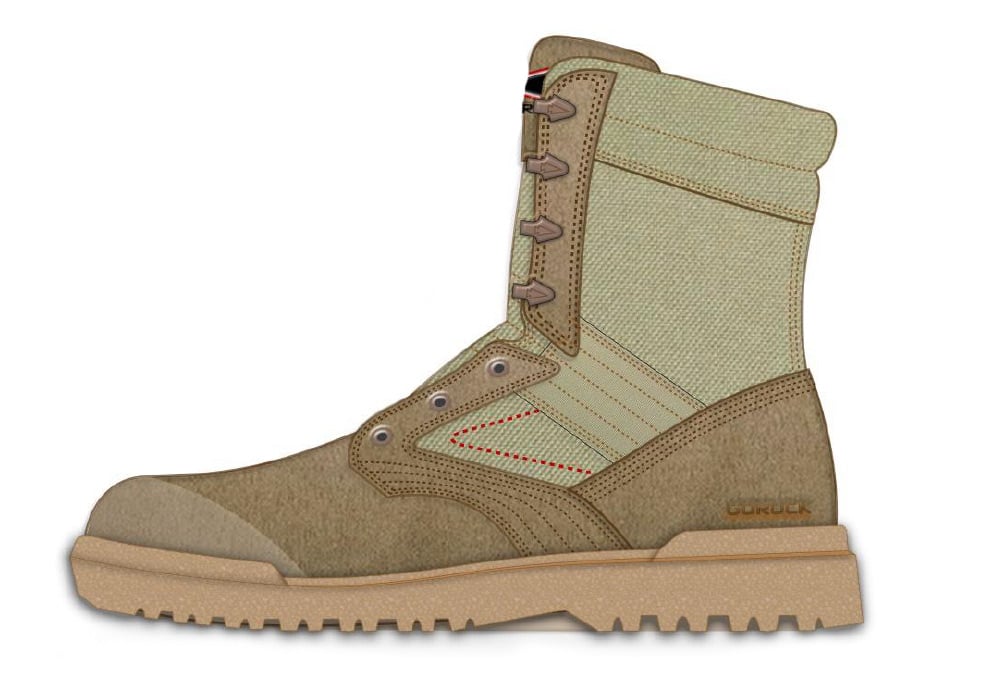 Next step was a series of meetings and drawings based off of what worked and what didn’t work from other boots. Jason and his SF brothers were the standard and benchmark that we were striving to meet. It needed to look cool but also include necessary features.

The beginning drawing had too many seams merging together, rubber bumpers on the sole were too clunky and too much padding at the top. 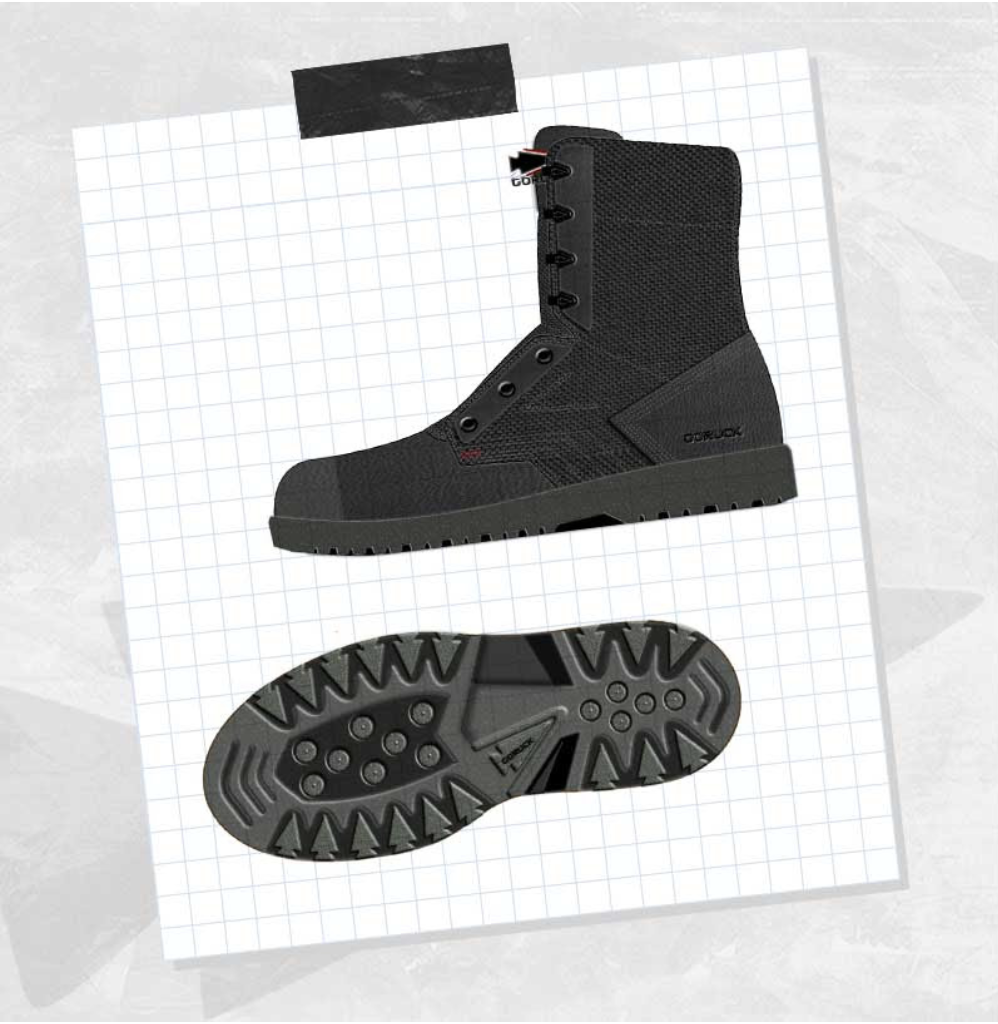 Next, we introduced cleaner lines and less stitching on the upper of the boot. Parallel to the shoe design, we were working on the underfoot support with a unique proprietary insert design, called the Workhorse Insert. We were committed to providing the underfoot support that puts the wearer in the best position to use their own natural biomechanics for optimum performance.

The sole was updated to be a full EVA Foam to make it as lightweight as possible and had a self cleaning, recessed tread design. As you can see, the EVA Foam was not durable enough for our way of life. The mud pictured was not just there for aesthetics, it was earned over hundreds of miles.

This iteration introduced a skeletalized rubber outsole for added traction and durability. We also thought making it look more like a sneaker could be cool. After many many miles of testing, the Midsole needed to be a more durable EVA Foam compound. The red portion was a unique compound for heel strike.

This version incorporated the tougher compound for the midsole. The rubber lugs tore off after miles and miles of testing. Next. 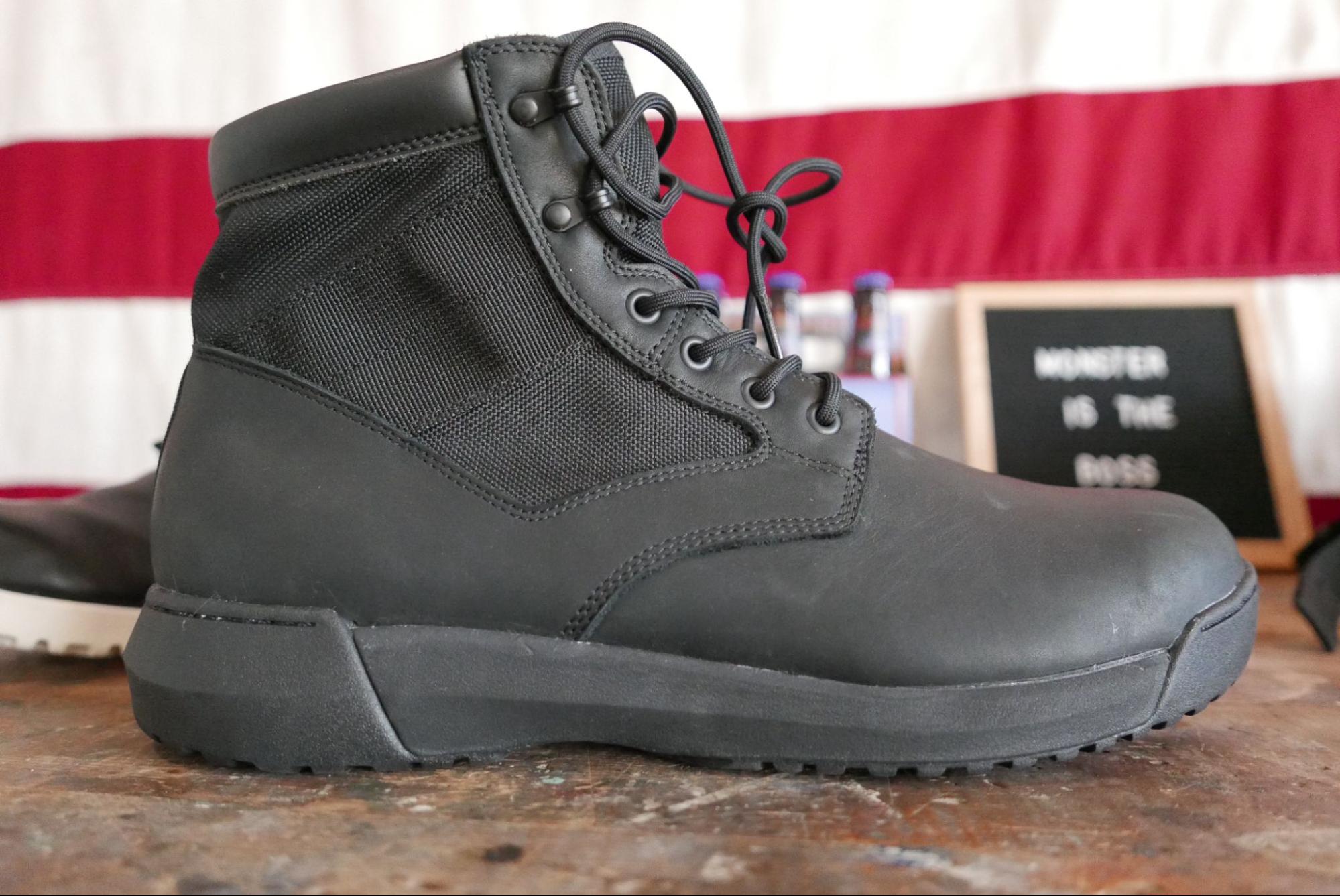 We added a rubber toe cap and heel cup stitched on in order to create a more durable bottom, but we found that it didn’t work on long, weighted rucks. The bottom was not as comfortable as we wanted and it didn’t “ride” well aka was too stiff.

This features a 3D prototype of a new midsole and outsole. It was a culmination of all the information gathered from previous tested prototypes including the compounding of the EVA, the tread pattern and rubber compound of the outsole, as well as the geometry & 13mm offset for the best mechanical advantage over long weighted rucks.

Shoes were cut into for all of our development prototypes to determine if the materials that were specified were used and to understand if the factory took all the proper steps in assembling  and glueing the prototype into the finished sample. This cut sample, along with the wear-testing for any round of prototyping, is how we evaluate our footwear prototypes.

There is a certain way that we wanted the exterior leather and interior lining to wrap around the foot and to work in unison as opposed to being cemented together. In a lot of footwear they will put a little bit of foam in there. It adds to heat, moisture, and bacteria. We deconstructed the entire thing. We wanted the lining to bend and flex with the foot so that it could move somewhat independently from the outside which will bend and flex differently based on how you bend toes. 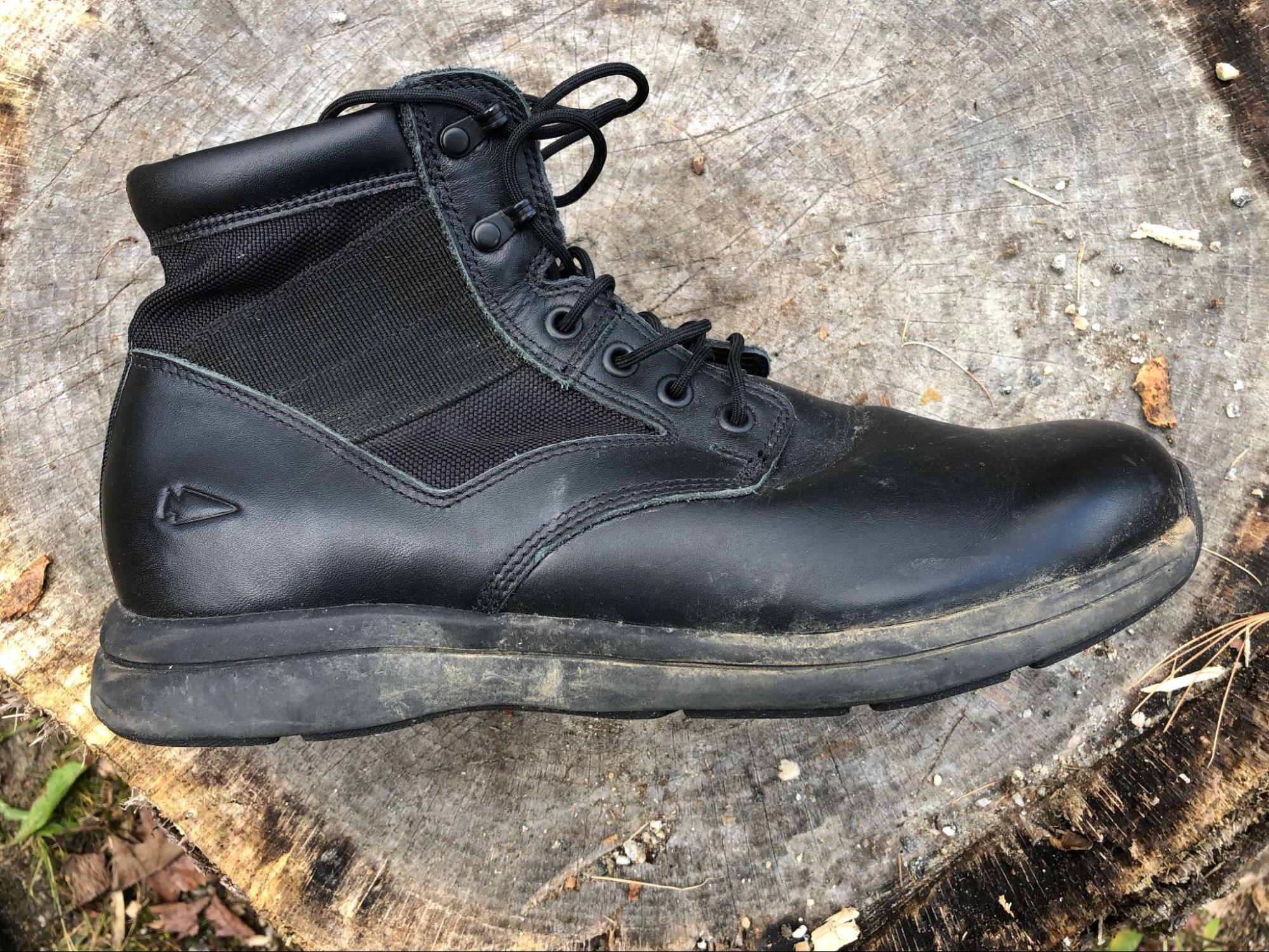 The outsole hits the sweet spot of durable, but lightweight. The lightweight EVA midsole combined with the dual compound rubber outsole delivers versatile performance in any environment, including improved traction on wet and muddy terrain. Combined with a 13mm offset to reduce the strain on your achilles and joints.