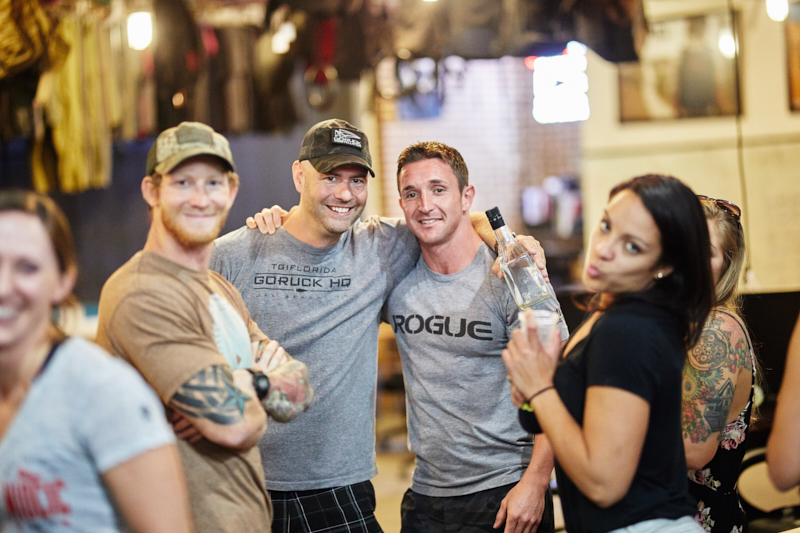 Parties at HQ have always been one of my favorite parts of living in Jax Beach. Doesn’t matter what the occasion or what we are celebrating. There’s pretty much two rules, turn the music up; and if someone doesn’t have a beer in their hand, you grab them one. Repeat until everyone is laughing and smiling. Pretty simple. Sometimes to get to the party though you have to do a little work, it’s the same way a beer tastes better after a challenge.

On this particular occasion, we were celebrating and supporting GRT, CrossFit Regionals Athlete and friend, Brooke Haas. It’s hard to name a party after someone you consider a friend so simple is always better, we started calling it “The Brooke Bash”, someone mentioned “Brooke-A-Palooza” once the beers started flowing and we all realized that was a better choice, so next year that’s what we will call it.

We took to the beach that morning for a little team PT in the sand and surf. In typical GORUCK fashion, this was going to be a team workout, lots of reps split however the team saw fit. Also in typical GORUCK fashion, there was a twist, every time you want to tag the next person, you just have to run to the water and fully submerge and the next person can start going. Good ole fashion GRT fun. What people don’t understand is the idea that you need a whole lot of gear in order to get a good workout. Sure some gear helps but you can make a lot happen with a little.

After we wrapped up at the beach and got some of the sand off (key word being “some”, in Florida you never get rid of all the sand) we headed out to grab a spot on a patio and get some breakfast, TGIFlorida style. It was a great way to wrap up the morning and spend some time with those that suffered with us.

We took a break before heading to HQ that evening for some beers with everyone. Gave everyone enough time to go home, get a proper shower before trying to drink all the beers at HQ (note: we aren’t sure if there has ever been a party where we drank all the beer, but we’ve sure tried).

At the end of the day, as with any party at HQ, it was a huge success. Tons of laughs and smiles, we even raised a couple hundred bucks for the cause, which means Brooke can focus on moving weight and killing the competition. It doesn’t really matter how or why we got together, it just matters that we did. As always the next beer is the best one and it’s made better by those around you. Good luck Brooke at Regionals, no pressure, just kick ass, we’ll have the beers waiting when you’re done. 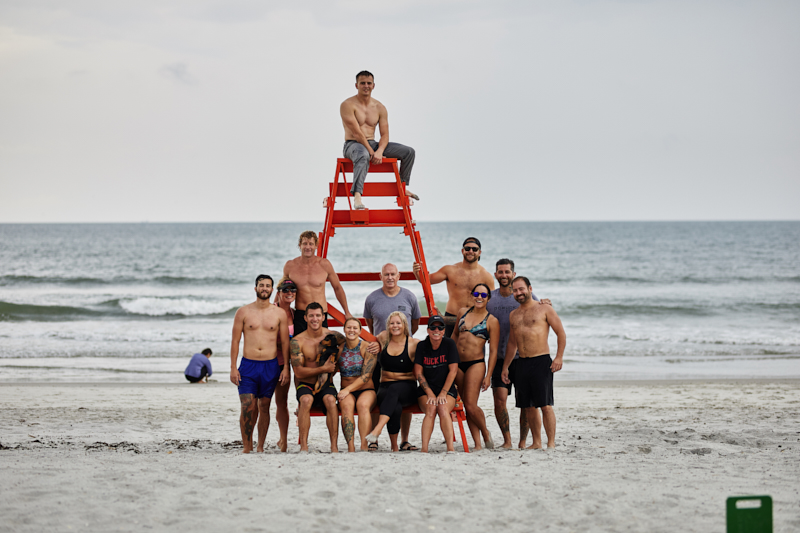