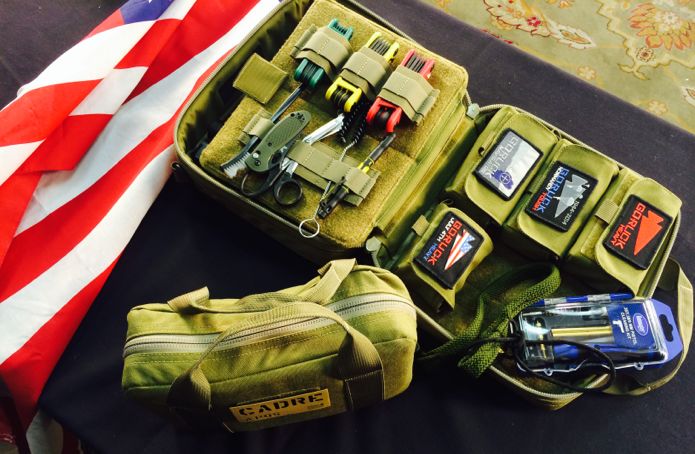 Three of us (me, Jack, and Andy) descended upon Vegas for two simple reasons. Tyler is here and more importantly so are all his guns and all his gun stuff and everything gun related is easier here and did you know you can open carry an AR-15 here but if you do in Tyler’s words you’re an idiot I digress.

For the first time in GORUCK’s history we’re actually planning a launch before the launch happens beyond take the pics and put them on the site they’ll figure it out, ummm, eventually. And a year later (that’s a joke for Jack to hate me for) we finally have the gear ready to build so what’s another couple weeks and maybe I’m the unreasonable one and maybe lose the maybe. 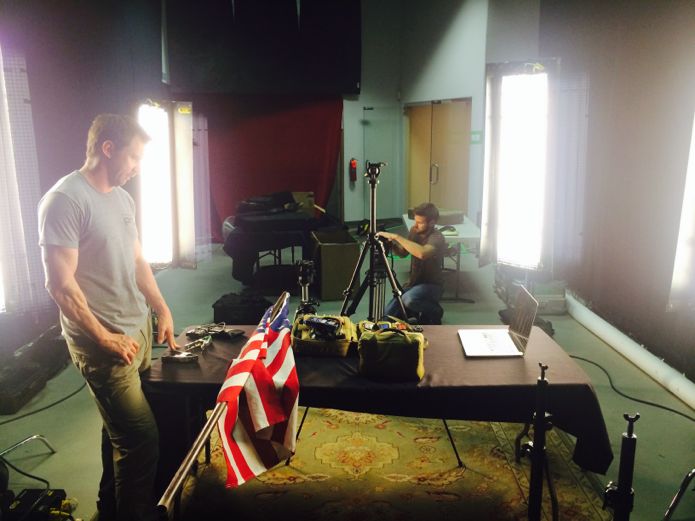 Tyler and I joke about the chaos theory and thriving in it and too much planning prevents getting anything done but why did we have to forget the flag that’s not that funny actually so Jack hit the town or something and then we found one in the back office of the whatever studio we were in but it wasn’t big enough aka not ‘Merica enough for this kind of deal. 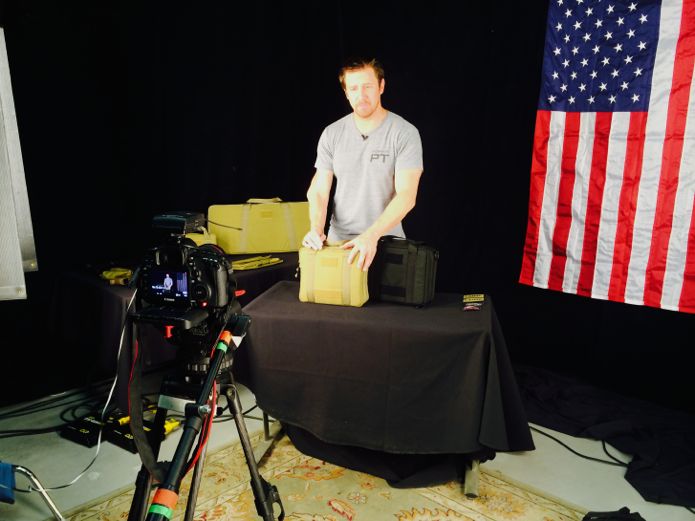 And 4×6 was the biggest they had and it took for.ever. something about traffic but most importantly to Tyler Jack was a no-go at this station for failing to bring back In-N-Out. Before he left Tyler was like I eat it all the time but you all probably want it since you never get it so let’s do that and you shoulda seen his boo-boo lip when Jack came back with an excuse and no food. 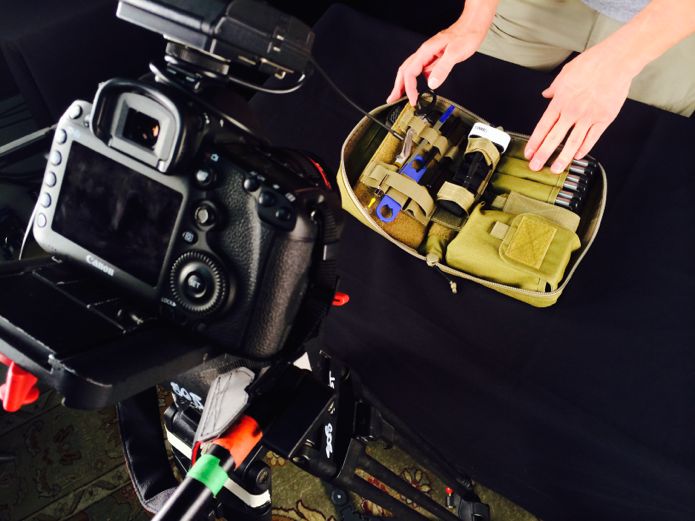 Oh yeah, and man can Tyler talk, especially about Firearms gear. Wide angle and up close the system the organization the functionality the ask him anything he’s got an answer and who says things like questions are easy. Tyler does. 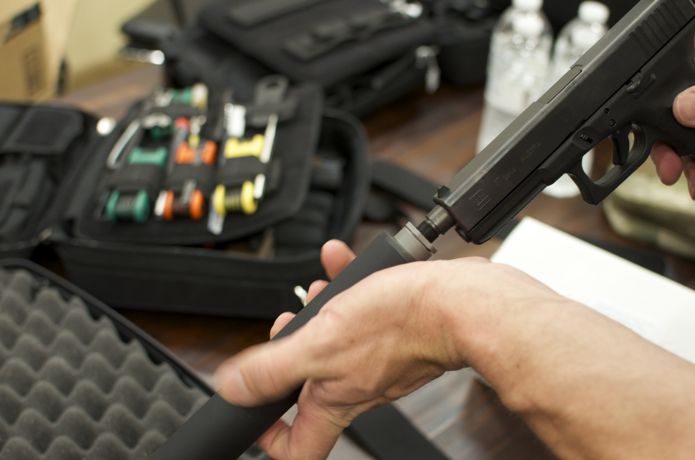 Then the jokes started about where’s Jack with my In-N-Out and the silencer came out and Jack better hurry up we’re not done talking about the gear yet in fact we just started. 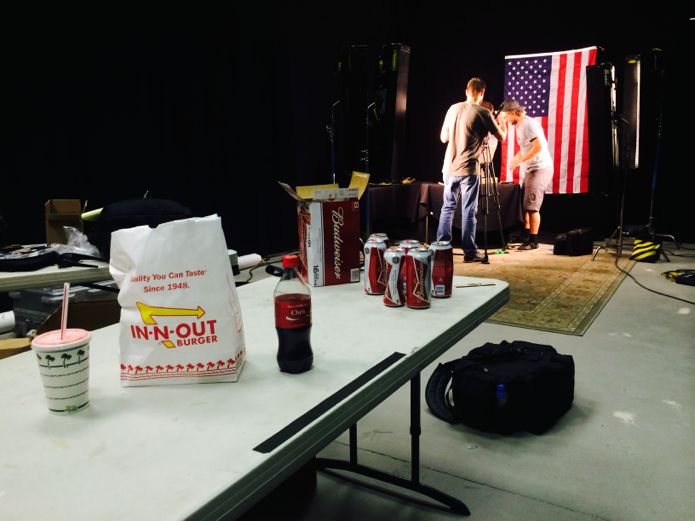 And then all was right in the world like 4 double doubles later plus a milkshake all for Tyler to fuel the beast and if listening made you hungry man I would have had 4 double doubles, too. 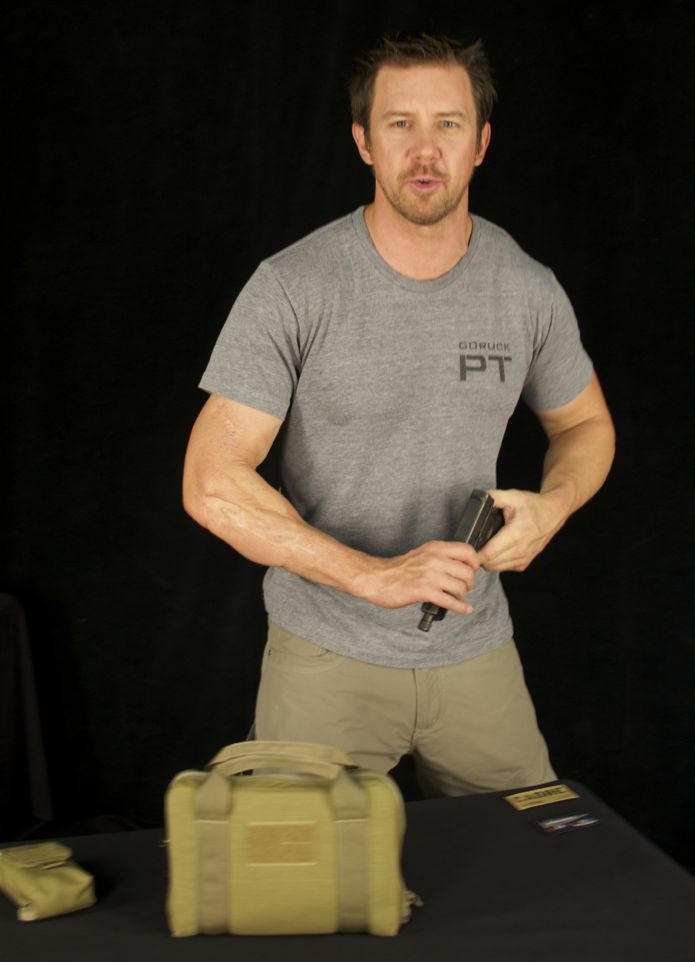 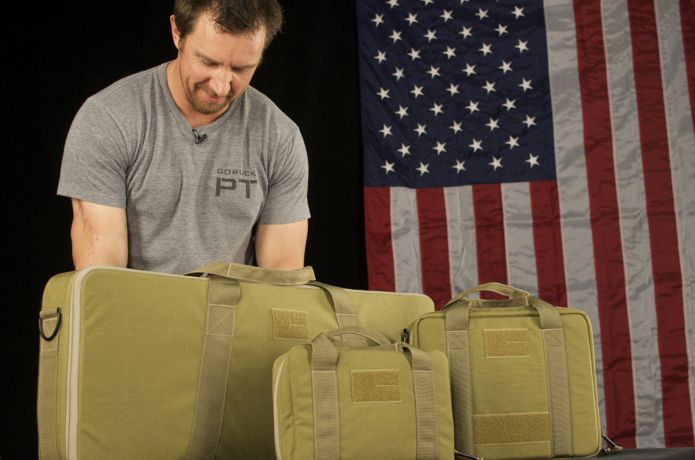 Back to the gear, yeah, it’s awesome and it works and it’s sexy and Tyler and Jack and the team in Bozeman are proud of it because they should be. 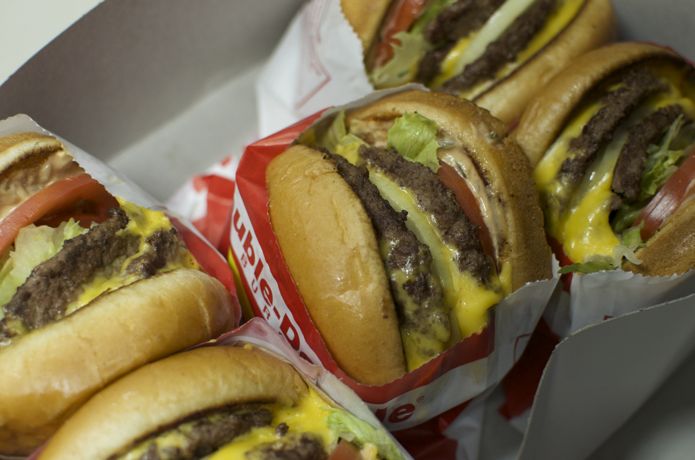 And that makes Tyler hungry like everything else so it’s snack time before the final wrap on Day 1 and dinner’s just around the corner. Oh yeah, and some more Firearms stuff, too.