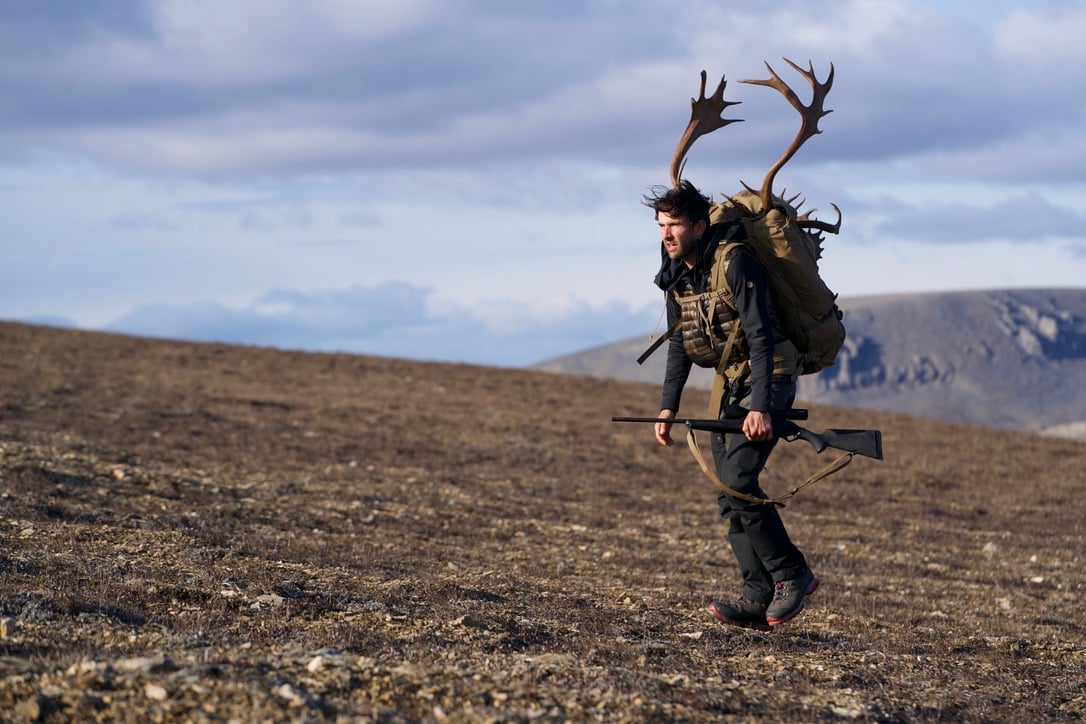 Last fall I found myself standing on the Arctic Tundra. I was about 120 miles from civilization and taking the first steps of a rather epic ruck. One hundred pounds of caribou filled my pack, with four-foot antlers bursting from its top. I had to hoof the weight back to camp, which was five miles away. All uphill and across the tundra. And the tundra is a savage landscape comprised of dirt that exists in an ice-cream-like state; spongy layers of dense moss; mucky swamp; and basketball-sized tufts of grass, called tundra tussocks. A mile out there is like five on a regular trail.

I was in the Arctic for more than a month on a backcountry hunt while reporting my new book, THE COMFORT CRISIS, 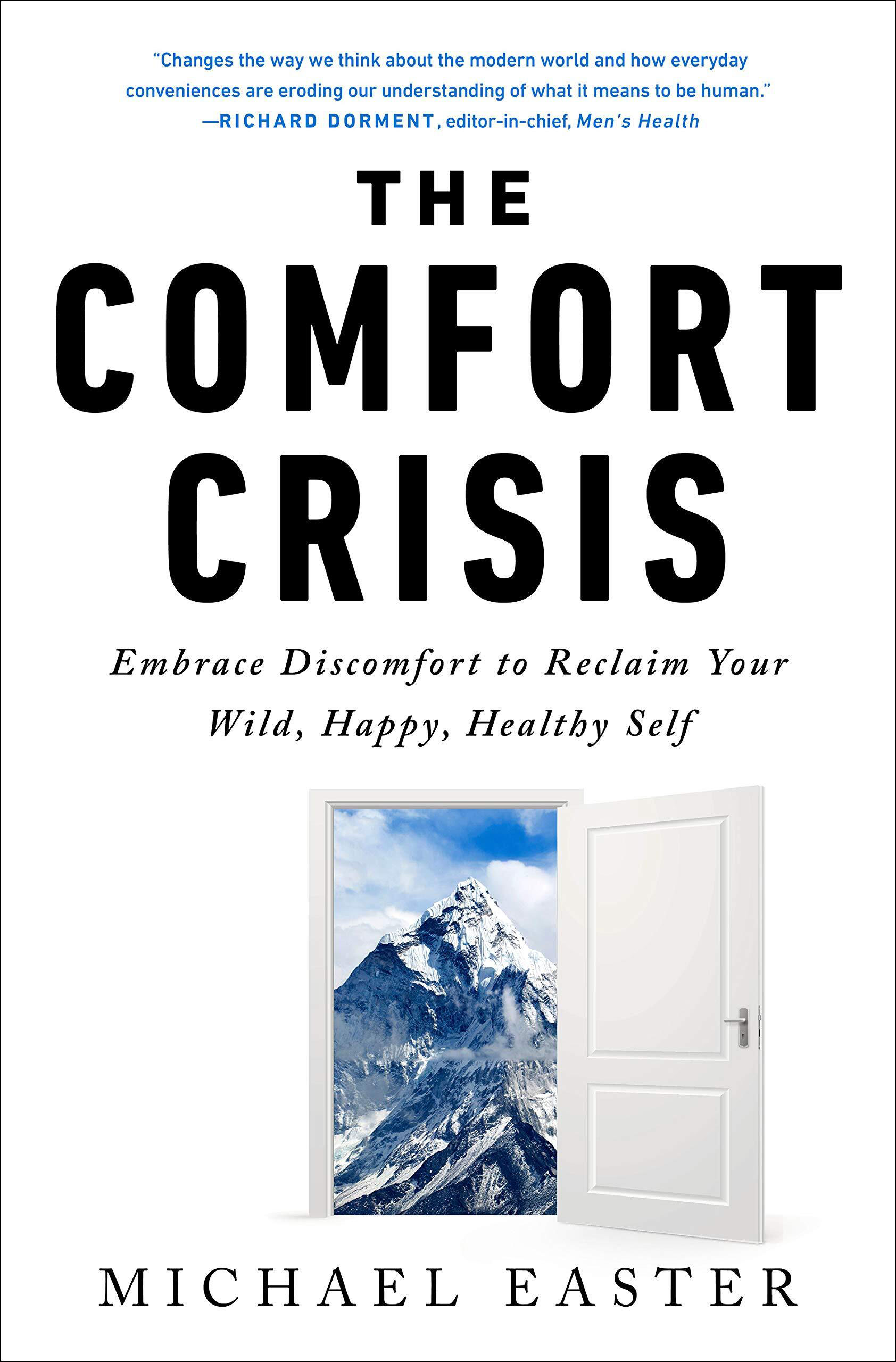 which investigates the shocking downsides of our overly comfortable world and reveals how we can leverage the power of a handful of evolutionary discomforts that will dramatically improve our fitness, health, and happiness (it’s the August selection for the GORUCK Tribe book club). The Arctic is one of many places around the world I embedded myself in while investigating the upsides of getting out of our comfort zones.

My work as a human health and performance journalist has sent me to train inside some of the world’s most hardcore gyms and undertake 24-hour endurance challenges. But packing out my caribou was the hardest thing I’ve ever done.

Yet it felt oddly primal—and emerging scientific evidence suggests there was probably a good reason for my notion.

Why We’re Born to Carry

After the Arctic, I visited researchers at Harvard, who told me that, compared to most other mammals, humans are “athletically pathetic.” We’re slow and weak. But we are damn good at endurance running and carrying. We can’t go fast. But we can go far—especially in hot weather. On a hot day, a relatively fit human will beat most other mammals in a distance race. Lions, tigers, bears, dogs, etc. And we’re also the only animal that can carry well.

Endurance running and carrying are, quite literally, acts that made us human. The human body is built the way it is so that we could slowly but surely run down prey for miles and miles in the heat until the animal toppled over from exhaustion. Then we’d kill it and carry it back to camp. This is why we have two legs, springy arches in our feet, big butt muscles, sweat glands across our body, no fur, short torsos, and strong grips.

A famous 2004 study in the prestigious scientific journal Nature created the idea that humans are “Born to Run,” which led to the barefoot running craze (the scientists are quick to point out that they don’t advocate for barefoot running—they just study it). The movement was filled with people shunning cushiony shoes, thinking that running barefoot or in minimalist shoes would tap into some evolutionary miracle that would help them run faster and without injury.

But the movement missed something major: As we evolved, running was relatively rare. It was reserved mostly for hunts. Modern day tribes like the Tarahumara, for example, never run for the fun of it. Running is reserved for rare hunts and religious ceremonies, the Harvard anthropologists (who’d embedded themselves with the Tarahumara) explained.

Carrying, on the other hand, is something us humans did all the time as we evolved. So all the evidence suggests that we were more so “born to carry.” 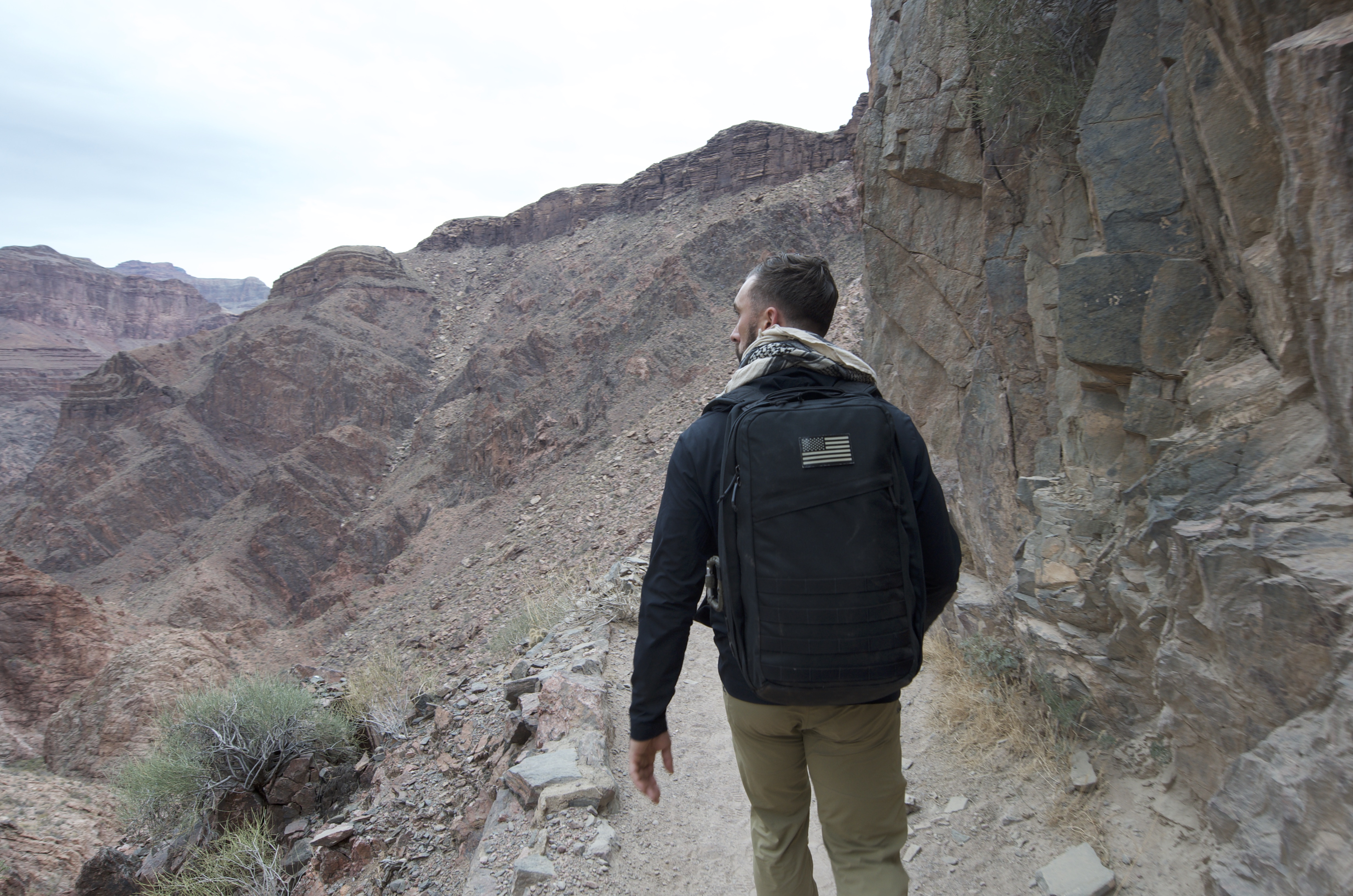 Why We Stopped Carrying

Recall that we lived as hunter-gatherers. To gather we’d saunter away from camp and then carry back what we found. Most of these loads were small, likely 10 to 20 pounds. But scientists in Spain, say gatherers sometimes carry weights equal to half of their total bodyweight. After a successful hunt, we’d hoof heavy animal limbs home. The hindquarter of a zebra—an animal still today pursued by African hunter gatherers—for example, typically weighs about 80 pounds.

Then the agricultural revolution happened, and we slowly began removing carrying from our days. New technology killed our need to run or carry. We went from mules and oxen carrying our stuff to, now, shopping carts, wheeled suitcases, and Amazon Prime dropping anything and everything off at our doors. But unlike running, most of us never reengineered carrying back into our days—except for ruckers. 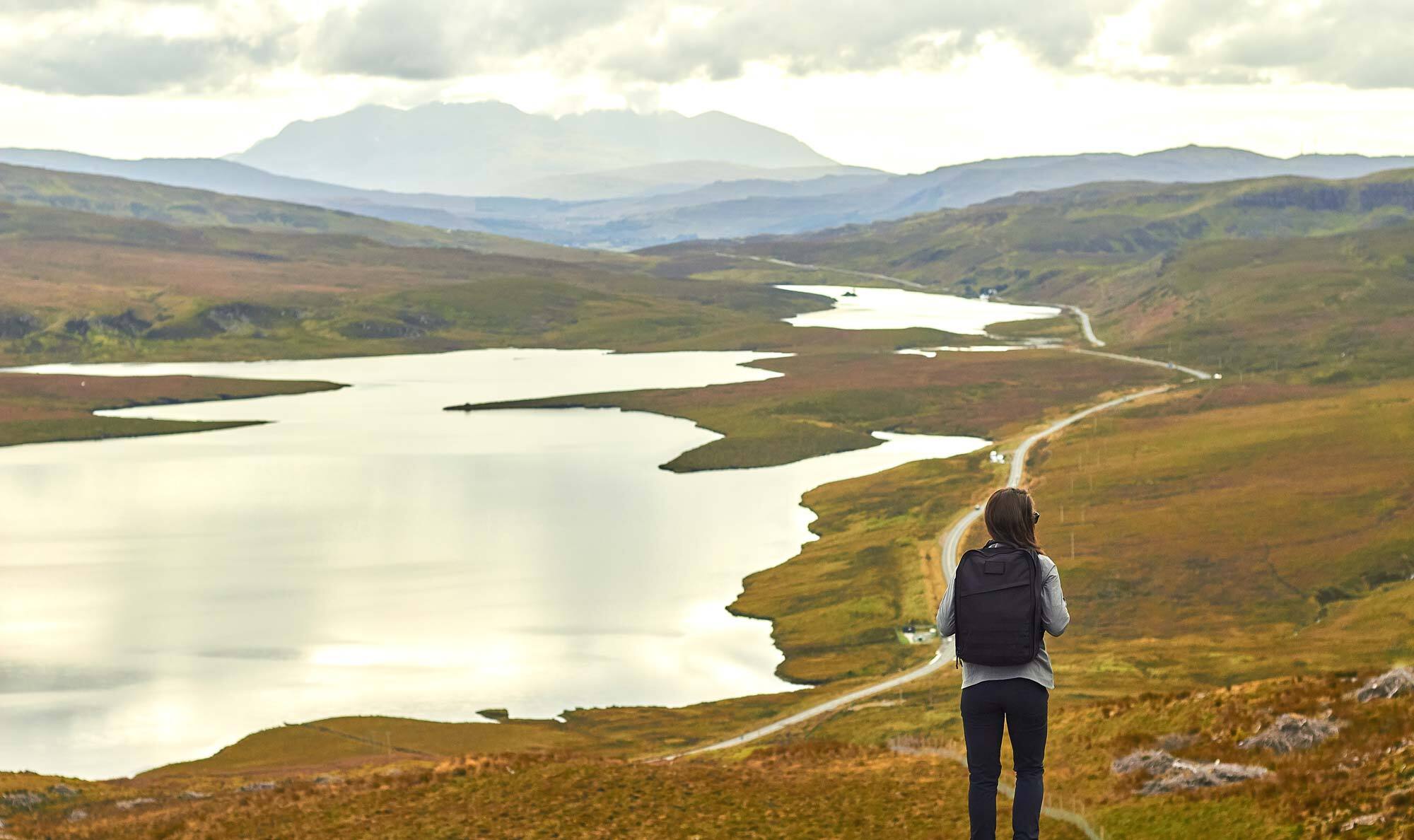 After the Arctic, I traveled down the Jacksonville to spend a long weekend with Jason and Emily McCarthy, who run the show at GORUCK. As Jason and I rucked into HQ one morning, he described rucking as, “cardio for people who hate to run, and lifting for people who hate the gym.” It corrects for body type. If you’re too big, it’ll lean you out. Too skinny? It’ll add muscle to your frame. This, he explained, is why carrying is the foundation of military fitness training. It builds humans who one hour can hike 75 pounds of gear up a mountain and the next powerfully breach an enemy cell.

And this makes sense from an evolutionary perspective. The scientists at Harvard told me that early humans weren’t strong like today’s gym rats—back then, having extra weight, even in the form of muscle, was a liability. We needed enough strength for day-to-day tasks and were “extreme” in our ability to hoof heavy items from point A to B, according to a study in PLOS One. 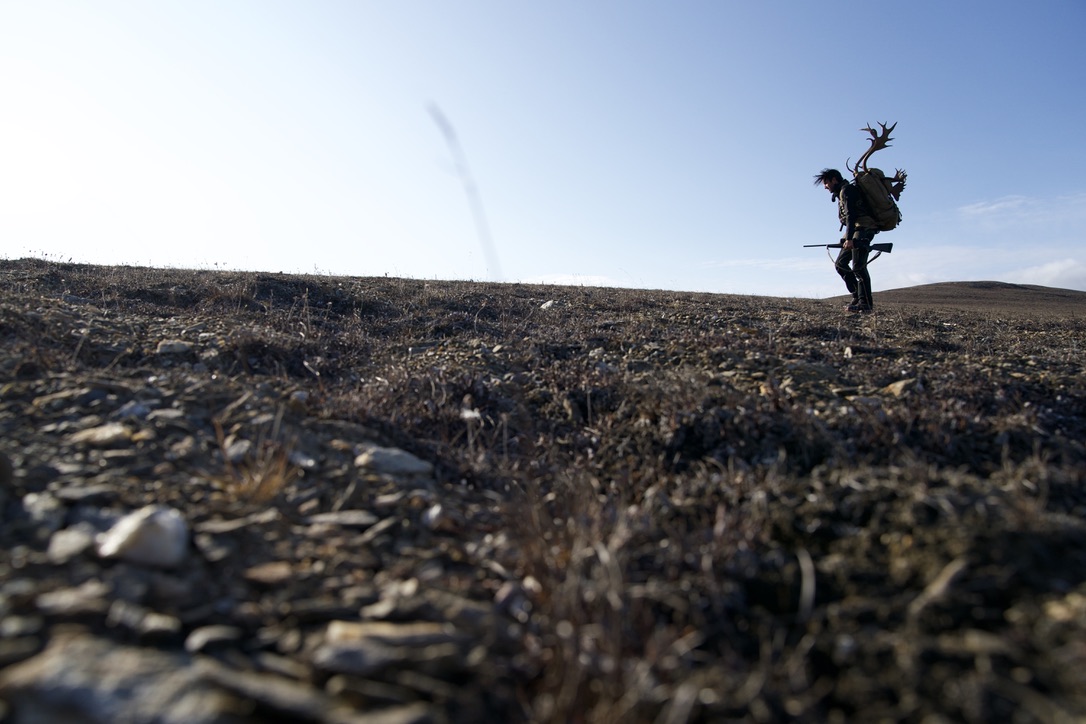 After my time in the Arctic and Jacksonville, I not only had a freezer full of caribou, I was also in the best shape of my life, despite not running or touching a single dumbbell or barbell for more than a month. I could zoom up mountain trails that once slowed me, and all of my lower body lifts were up significantly. Back aches? Gone. One friend described me as looking like, “a human weapon” (which makes sense, given the role of carrying and rucking in military training).

If you want to learn more about the science and anthropology of carrying and rucking—why it’s so damn important for our species and how to do it better—along with what I learned about rucking from doctors at the Mayo Clinic, check out my book, THE COMFORT CRISIS. It covers more beneficial evolutionary discomforts we’ve removed from our lives, and tells us how to add them back for improved fitness, health, and happiness. It’s available wherever books are sold.

P.S. I was up in the Arctic with Donnie Vincent. He’s a backcountry bowhunter, biologist, and filmmaker who makes hunting documentaries that are more Planet Earth than Outdoor Channel. You should also check out his seven-minute masterpiece — Who We Are — about his hunting ethic and why he’s a hunter.

Michael with his dog Stockton, who always beats him up the mountain.

Michael Easter is a contributing editor at Men’s Health magazine, columnist for Outside magazine, and professor at the University of Nevada, Las Vegas. His work has appeared in over 60 countries and can also be found in Men’s Journal, New York, Vice, Scientific American, Esquire, and others. He lives in Las Vegas on the edge of the desert with his wife and two dogs.