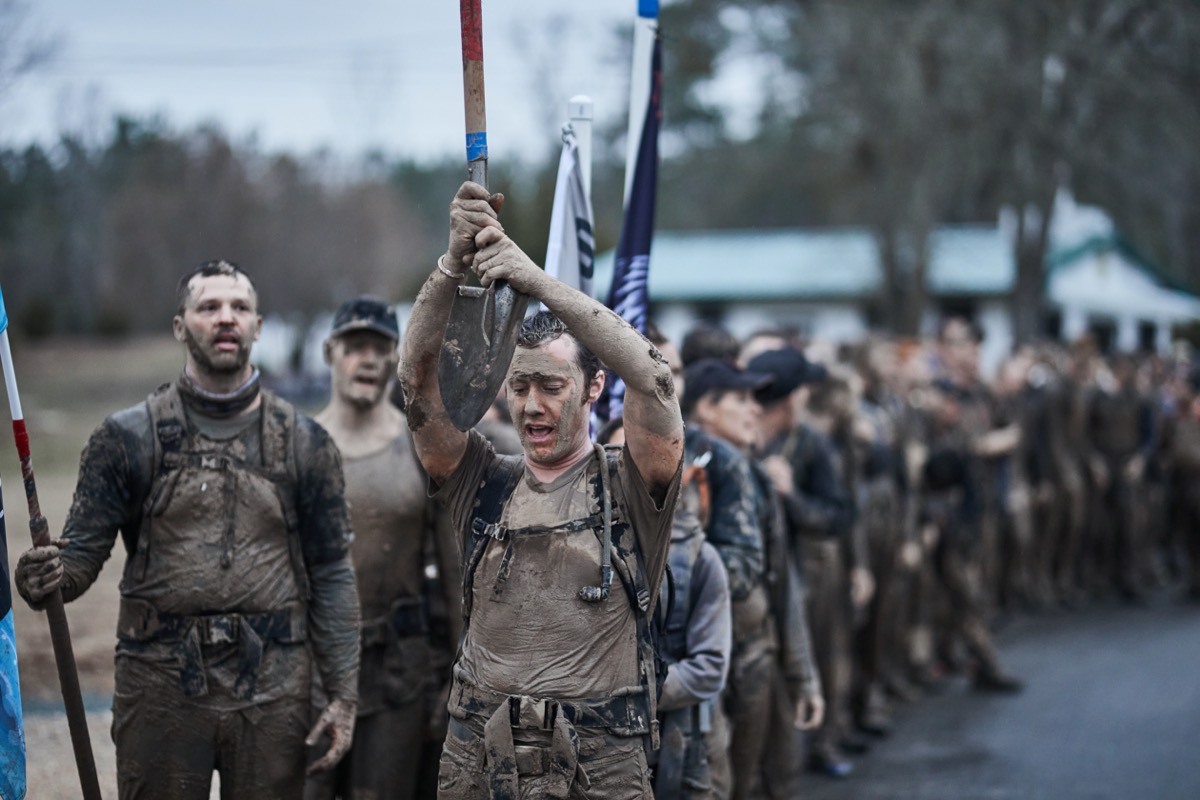 It was the morning of Saturday, February 15, 2020 – the dawn was cold and crisp with clear skies in North Carolina. The Cadre of GORUCK were here to run the Bragg Heavy (The King of All Rucks), one of the premier events in the GORUCK series of Tier 1 events run around the country. What this event is all about is learning about yourself and just how much farther you can go than you thought you could. Major Joe Warner (Green Beret) said it best – “When you get knocked down, you get right back up. It doesn’t matter if it’s sports or combat or life. You get right back up.”

Fort Bragg, North Carolina is the home of Airborne and Special Operations Forces for the United States Army. While the United States Army Parachute School is located in Fort Benning, Georgia, all initial Army Special Forces, Psychological Operations, and Civil Affairs training is conducted in and around Fort Bragg. So what better place for GORUCK to hold an event that epitomizes its roots than on the terrain where every Special Forces soldier has been assessed, selected, and trained.

At 1330, two participants were already on site as the Cadre went about making preparations, unloading and preparing the various coupons, and other support gear. As I looked around the compound I felt very much at home – the red clay dirt, scruffy grass, scrub oak trees and longleaf pines told me I was back in North Carolina. This was a great venue for the Bragg Heavy and Cadre Dan had a well-thought out plan for its conduct. That plan included all of the elements for a great event – miles, weight, cold weather, and a little wind and rain to make it interesting.

The balance of participants started rolling in about 1600 hrs and by roll call at 1800 hrs there were 84 GRTs ready to go. First up for them was a Jerome Gonzalez Memorial WOD. The WOD consisted of: an “Ode to Tradition” of 40 pushups and 40 sit-ups; “Carry the Wounded” incorporating a fireman’s carry, farmer’s carry, casualty drag, burpees, and a sprint; a Cali Muscle event consisting of 5 pull-ups and 10 step-ups on each leg; and an unknown distance run (3+ miles down a powerline road).

Following the memorial WOD the GRTs did Log PT, and Rifle PT (remember the movie Stripes? Boom Shakalaka Boom) and when the Cadre got tired of Log PT they switched to Picnic Table PT, an interesting variation.

All this was interspersed with copious amounts of push-ups, flutter kicks, sandbag cleans, crab walks, and bear crawls both in preparation for the beginning of the ruck which started about 2200 hours on Saturday night and then throughout the movement phase to keep everyone loosened up and warm.

For a little added warmth there were several impromptu penguin huddles along the route. During one portion of the ruck there were several GRTs who appeared to be considering how to hop aboard a moving train; luckily no one tried.

While GRTs who participate in this event find physical and mental abilities deep inside that they didn’t know they had, more importantly the lessons learned from the Cadre and the event itself are all about teamwork – how important it is and that no person is an island.

It is both heartwarming and satisfying to see complete strangers come together in austere and demanding conditions and work together as a team to complete the event. The combination of a great venue, great Cadre and great people pushing themselves to support the team and dedicating their efforts to those who have gone before is truly an inspiration.