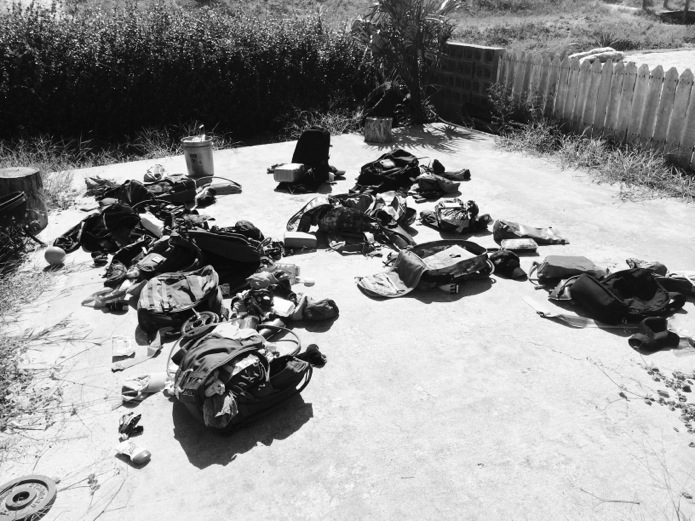 You’re making it too easy on us Selection Cadre and I want that to stop. I want you to pass but you’ve got to earn it and bring your A-game and we’ll bring ours and we’re holding up our end of the bargain. There are tons of participant AAR’s floating around and tons of Cadre AAR’s as well I’m not even gonna link’em because everyone seems to ignore’em but I’m an eternal optimist and I believe in you to do so much more than you thought and somewhere out there someone is listening and wants to learn they just don’t know where to get the info from and nobody wants to stake a claim that’s definitive and say do it this way so this is that post on the gear side of GORUCK Selection with a bunch of universal truths thrown in for free and you’re welcome for that ha ha. Maybe you’re special or different and they don’t apply to you but unless you’ve done something like this before you’re wrong. And I say that because anytime I didn’t listen to those who had come before me, to the guys who had been there and done that, I paid for it in pain and pain is wisdom’s muse.

If you bring no pride you’re way ahead of the game and not quitting is not enough oh wait this is a gear post. Control is an illusion but one worth mastering and the only way to do that is to control what you can and accept what you can’t unless, of course, you can. Before an event like GORUCK Selection there are two major things you can control and one of them is your gear.

We make you think you need so many things you don’t. Sometimes we even force you to bring them. Dry clothes and a hundred pairs of socks and what else you name it. If you think you need all that stuff for a 48+ hour event, you’re wrong.

We dump your gear because it’s stressful for you to put it back in the way you had it and we give you no time to do it. You assumed this was something you could control, your pack job. So we ruin it. If this matters to you, you won’t make it.

And in the process of ruining it we can tell if you’re the type of person who might make it to the end and the Cadre betting starts but that’s another story. What you bring and how you pack tells us a lot about you and whether you’ve actually tested your own system. I’d estimate that 99% of the time the Cadre are right 100% of the time about who definitely won’t finish and that’s based only on what you bring and how you pack it we don’t even need to look into your eyes yet.

Rule #1 and no gypsy camps and the things you bring won’t get you through but they better not cost you mission success. Gear failure of any kind has ramifications both mentally and, less importantly, physically. When something breaks we Cadre see it and we use it as a way to prey on what you’re already thinking which is this sucks why did that have to happen now and welcome to the world and the Cadre are Murphy’s Ambassadors at every turn because not only can it be worse but it will be worse just wait you’ll see kind of deal. Lose your attachment to hope and you’re on the right path.

I’m rambling now, so I’ll cut to the chase. Here is a partial packing list that I would bring to GORUCK Selection, and why.

What you bring represents who you are and you can’t fake it. Your gear and your eyes tell all and this is basic math for the Cadre and our job is to weed out the unprepared and do it fast and we’re really good at it. If I set out to pass GORUCK Selection, it would take me 6 months of total dedication to be and feel ready – best guess. I would show up with as few things as possible accepting that complexity is the enemy of success and I would bring humility into an evil and powerful world that does not want me to succeed and once I’m there I would think to myself do your worst because I know you will and then the sharks would silently circle and then they would attack and sharks find out fast what you’re made of so show up ready for a fight I promise you you’ll get one. 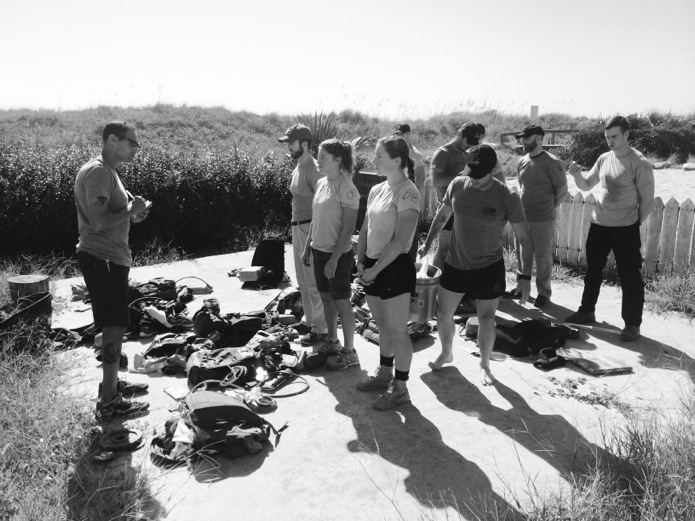