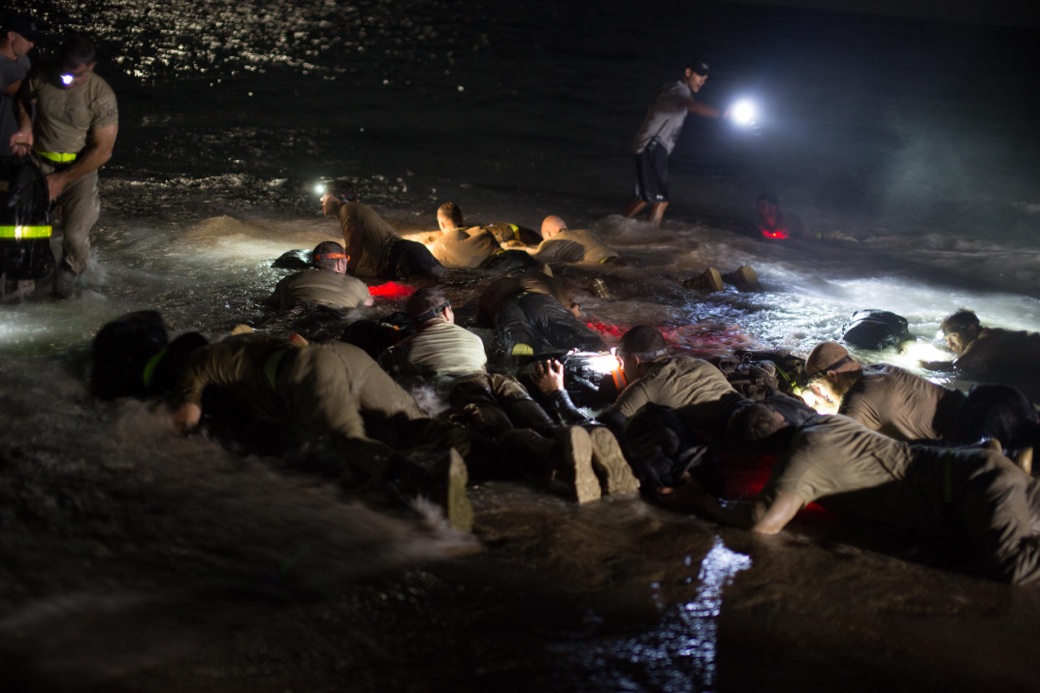 It’s loud. It’s intense. It’s stressful. And it never stops. This is about destruction plain and simple and when you start to say this isn’t worth it, you quit. 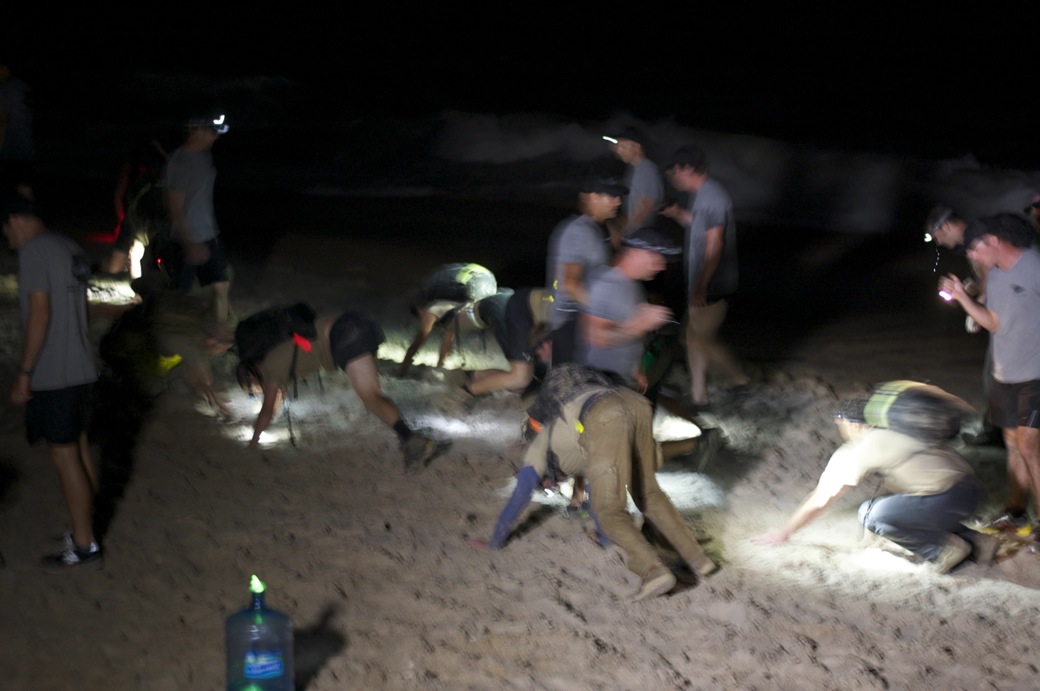 Around the cone and back it pays to be a winner. When you don’t do it perfectly, we send you back. If you fail, we segregate you and beat you down special attention style. And we tell you that you are getting special attention because you’re the weakest in the class. 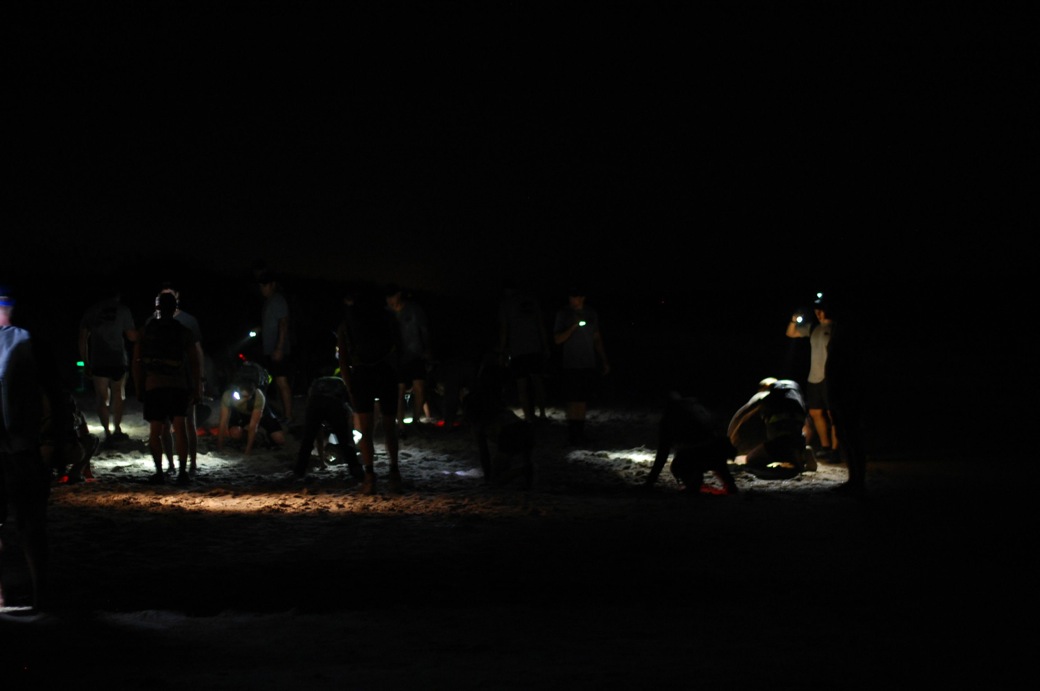 I can’t tell you how many times I’ve heard people say you’ll have to carry me out in a body bag before I’ll quit. Truth is that we almost never drop people. It’s happened a couple times in 15 classes, that’s it. Basically everyone who leaves quits of their own accord, called a Voluntary Withdrawal (VW). 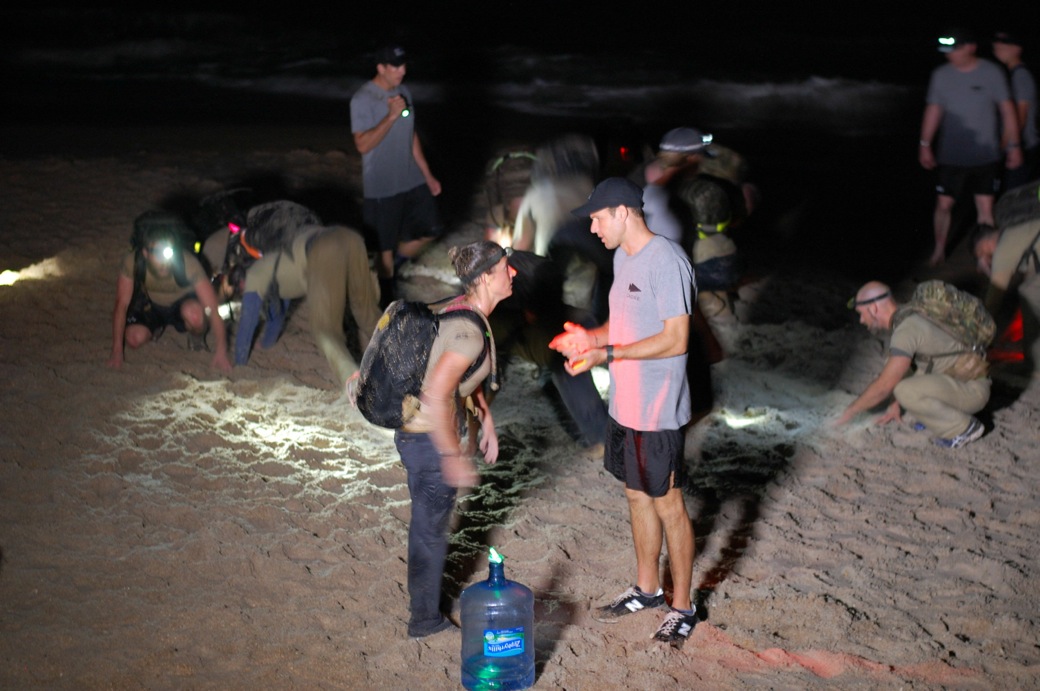 When the yelling is not conducive to getting you to say I quit, we slow it down and rationalize what’s going on for you. This is not going well, you’re receiving special attention because everyone else is doing better. You’re always last and there are 42 more hours of this. You didn’t train hard enough, your performance not strong enough.

Quick note on Cadre Conduct: we address your performance, not your person. It’s an important distinction. We don’t call you names because this is never personal, it’s about a standard. What we do instead is we tell you that your performance is _______________ and we fill that blank with all sorts of colorful ways to describe horrible. 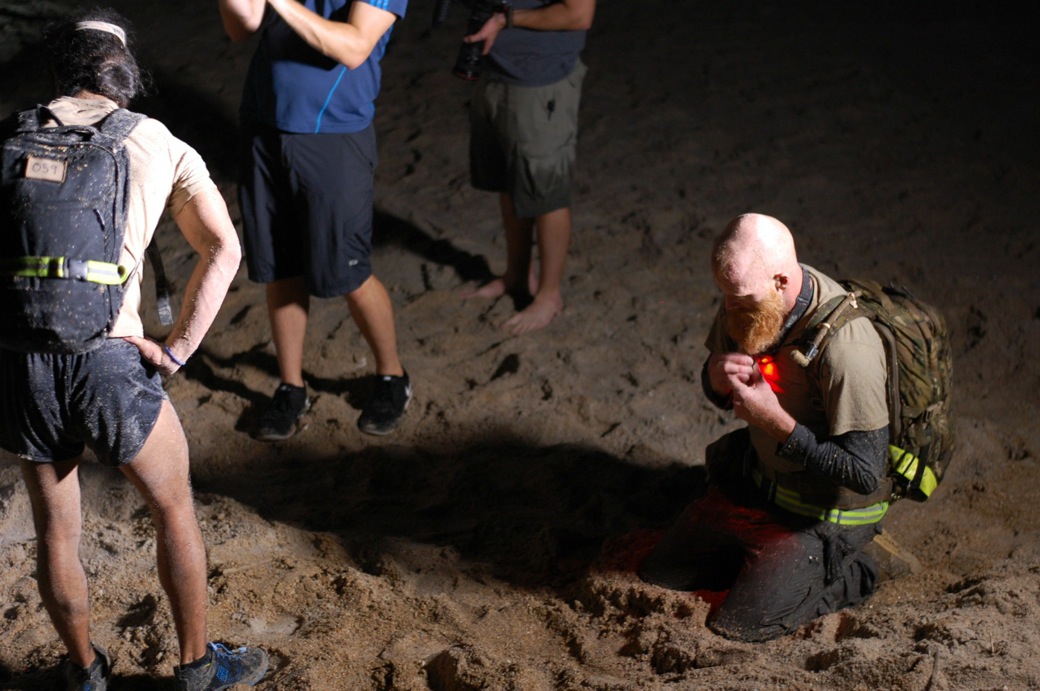 If you find yourself alone, it’s intentional. 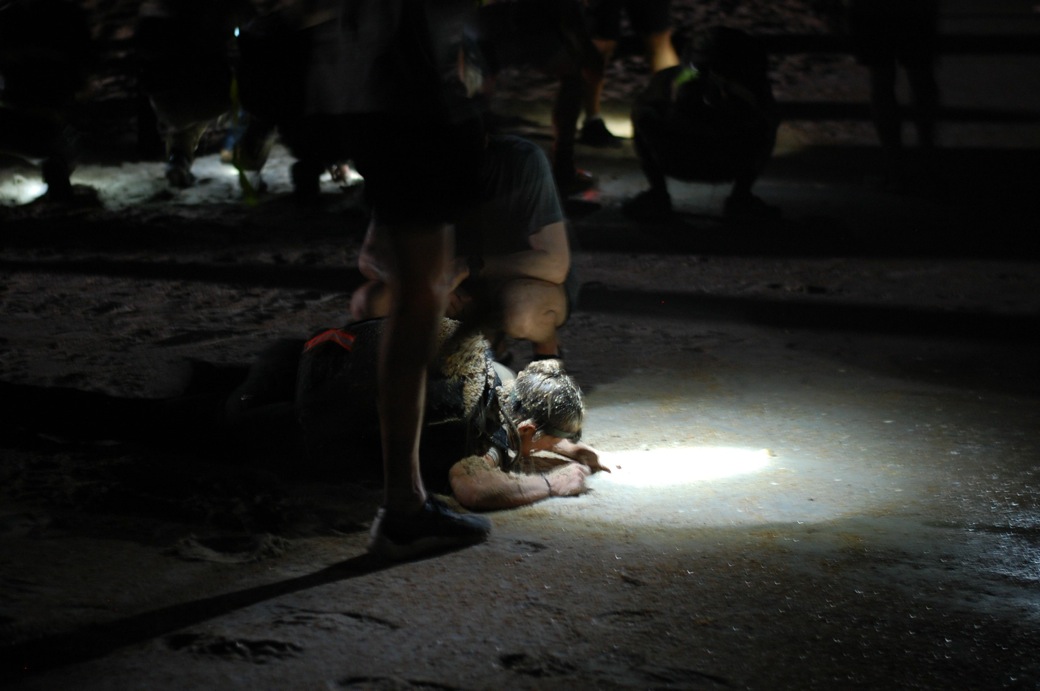 If you find yourself with special attention, that’s intentional, too. 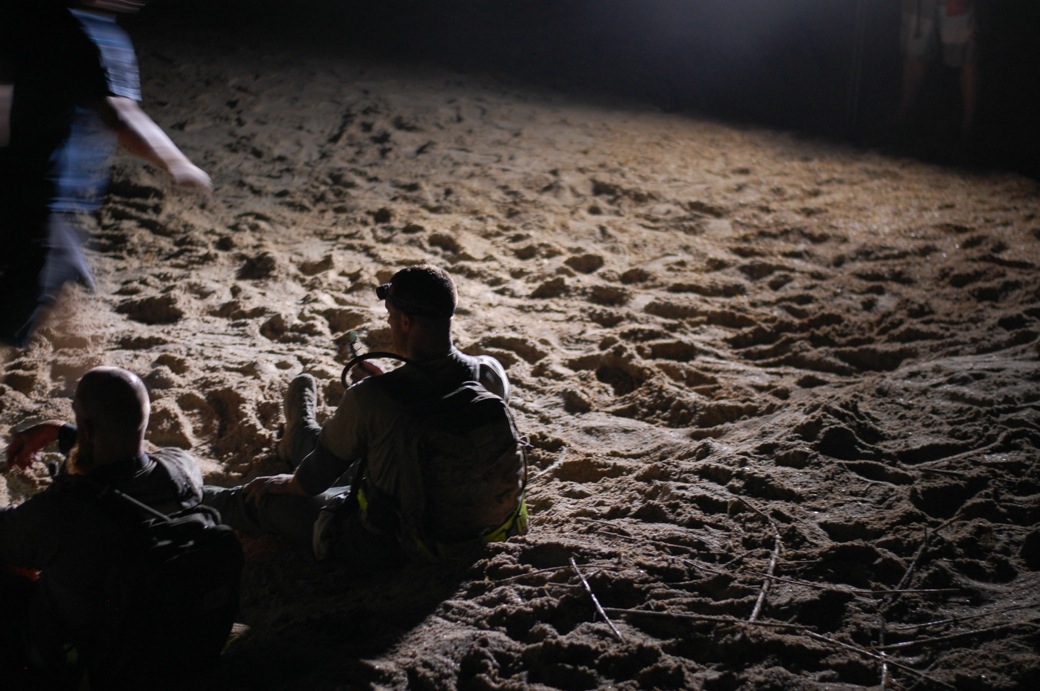 It pays to be a winner and if you win you get a few precious moments to drink water in relative peace. If you’re the type who’s in shape/ready/call it what you want you’ll win or be toward the front or be a gray man. As gray as possible anyway and gray is your goal. Our focus is to get rid of the weakest sort of how a lion hunts the slow zebra first because it’s easier.

We deal with the stronger in different ways and it takes longer. Yelling and screaming rarely work this soon on the prepared because they’ve got too much strength to fall back on, too many reasons not to quit and when others do, it only validates their own assumptions that this event is not for everyone. And that’s why they’re here. 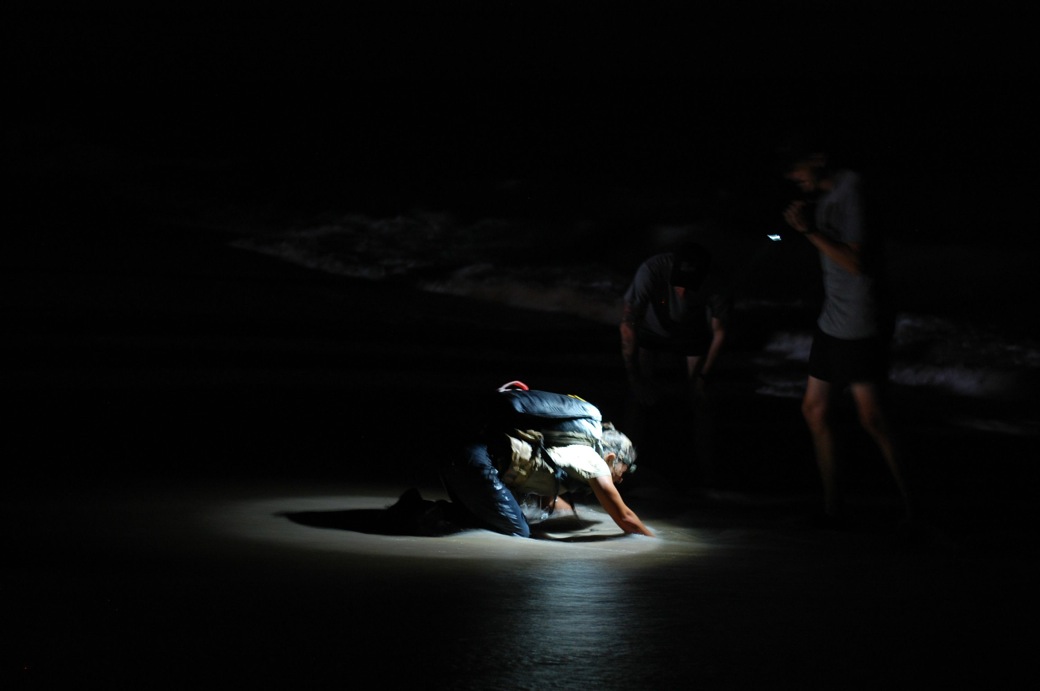 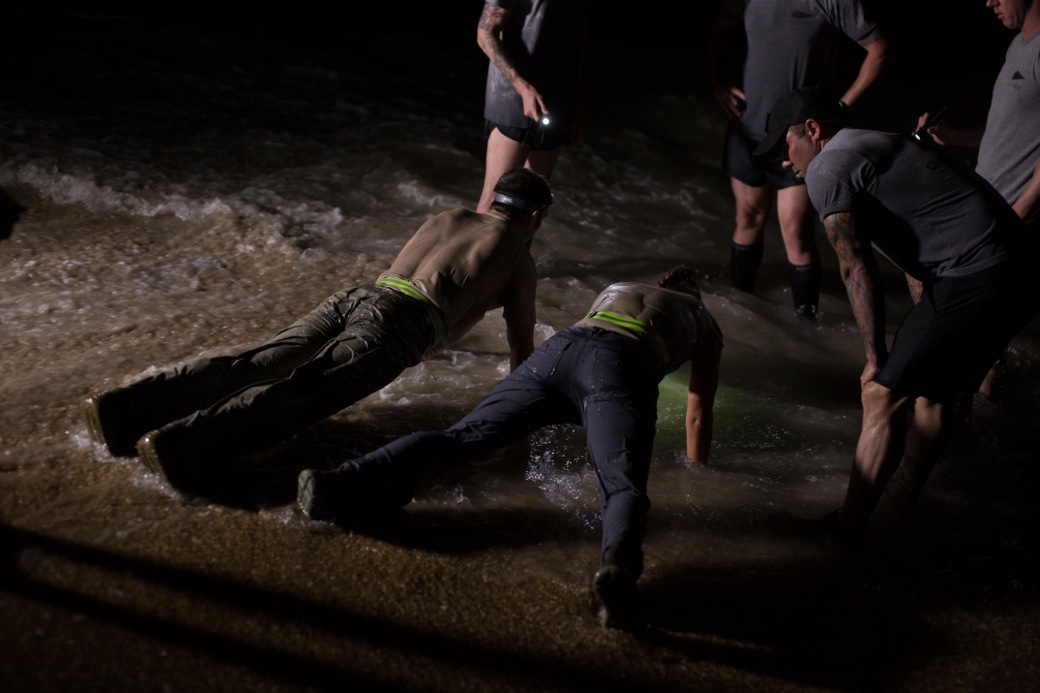 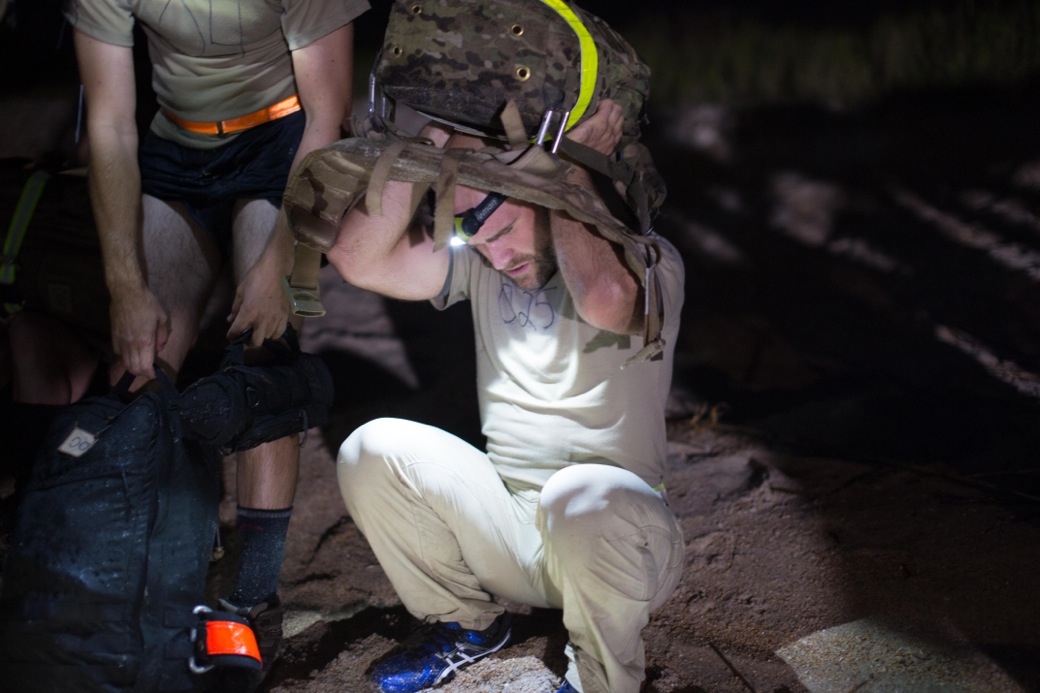 Try these sometime. They’re terrible. Now try them for an hour after you’ve gone for a 5 mile run and a 12 mile ruck and let me know if you still think this is something you wanna do. 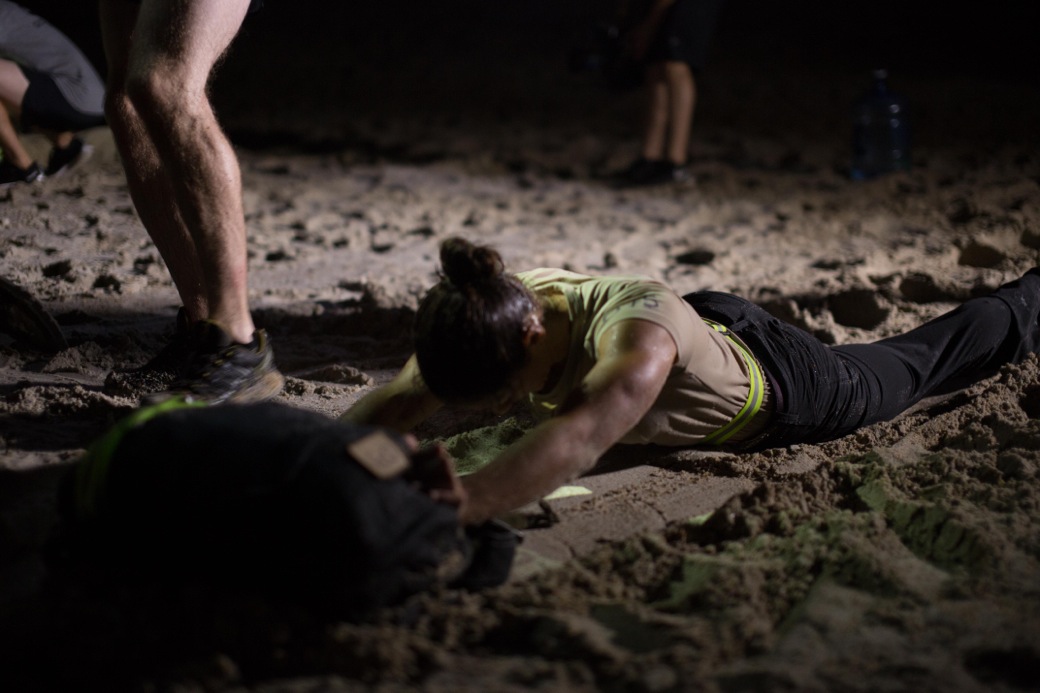 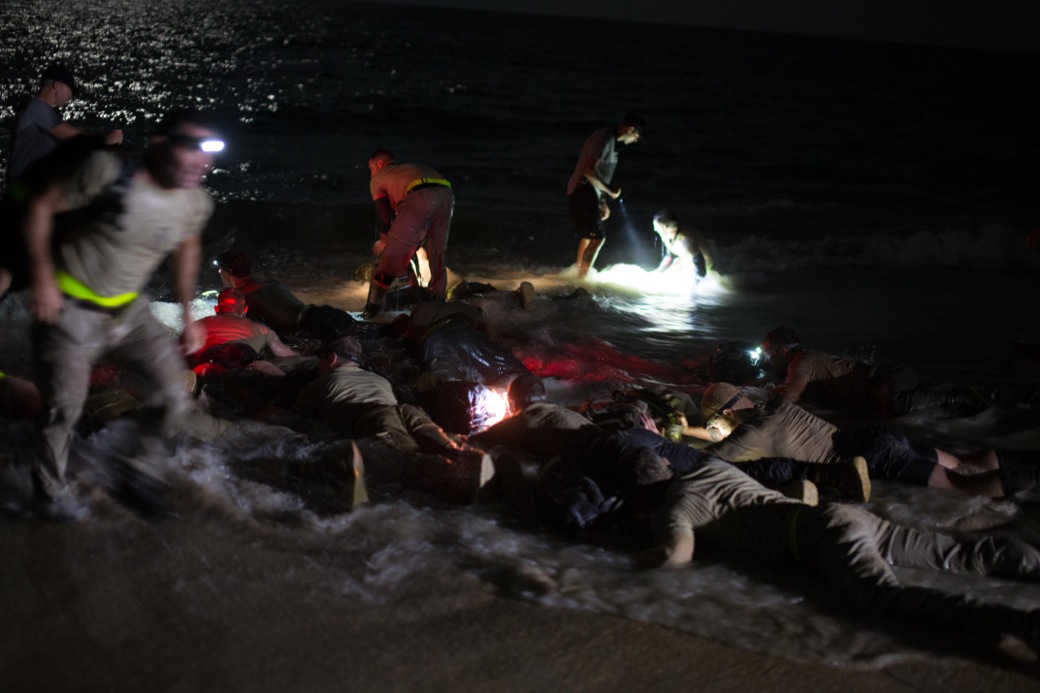 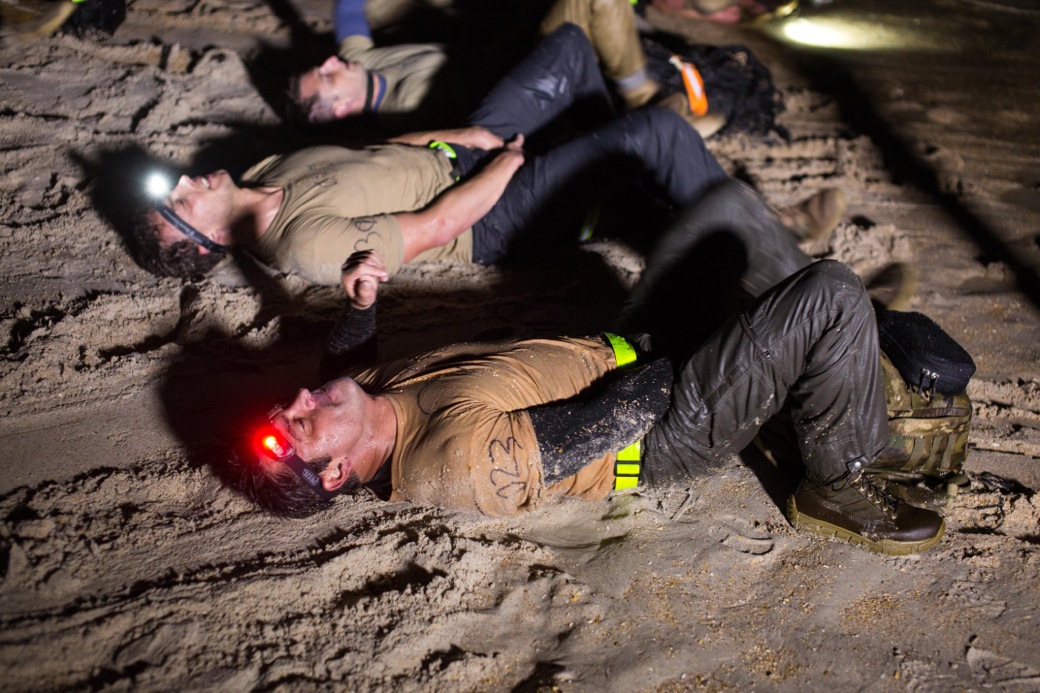 Nobody ever says man I thought that was gonna be more intense. Nobody. Ever. Says. That. 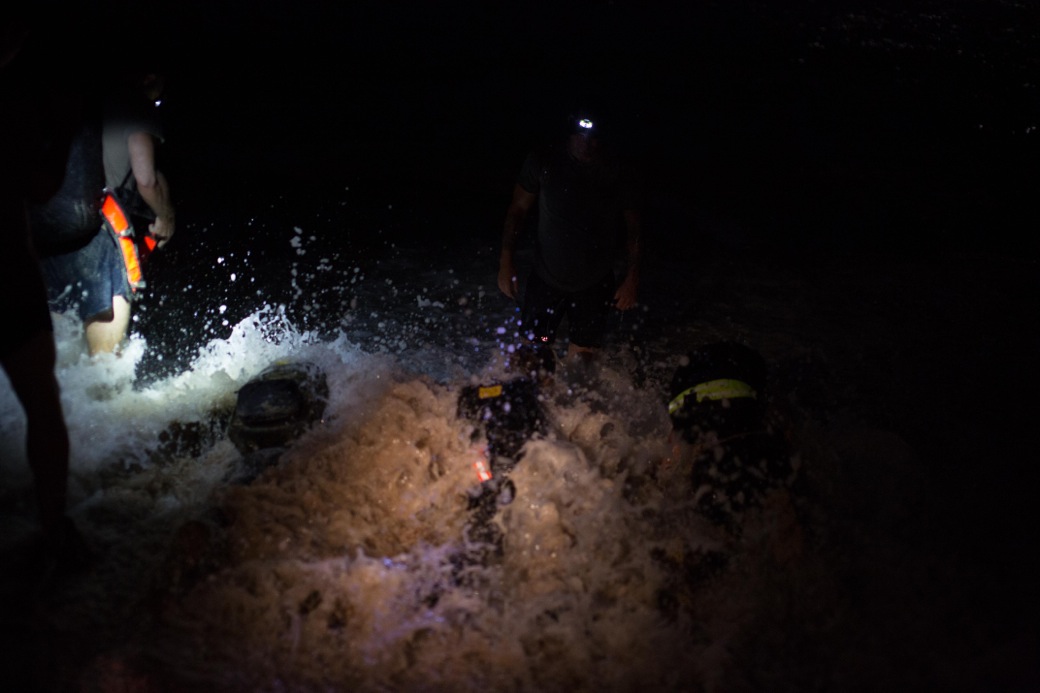 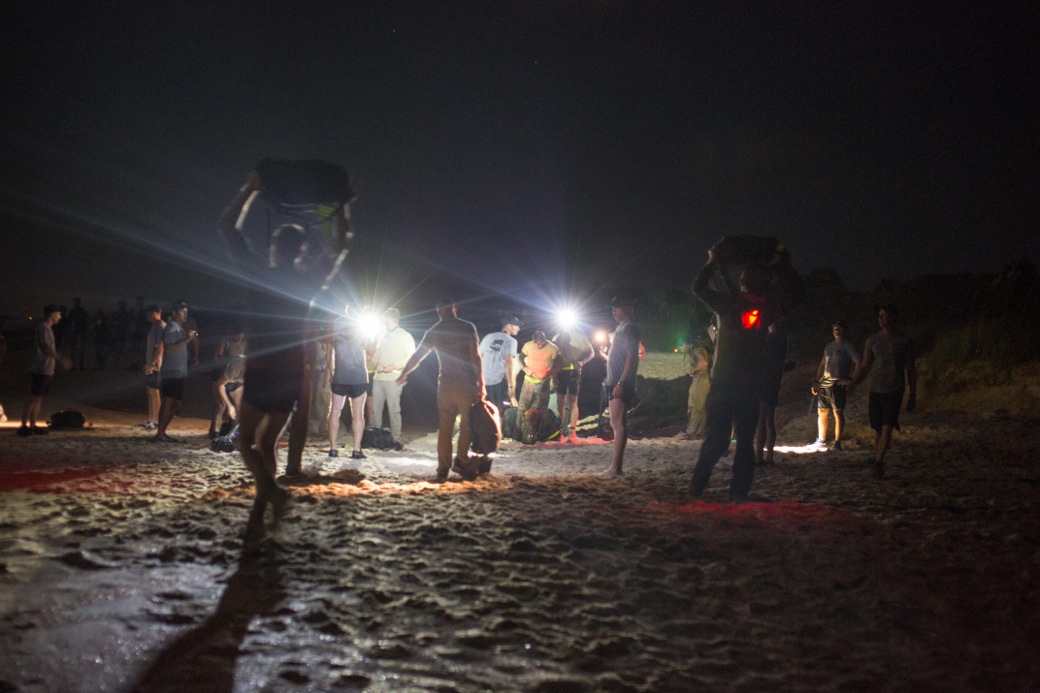 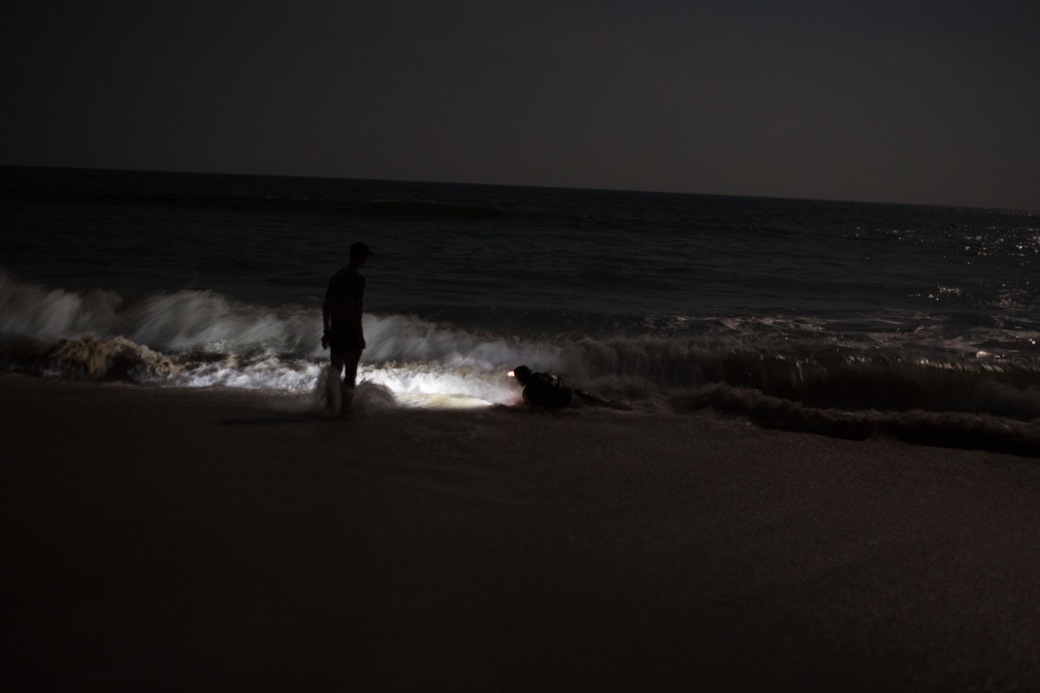 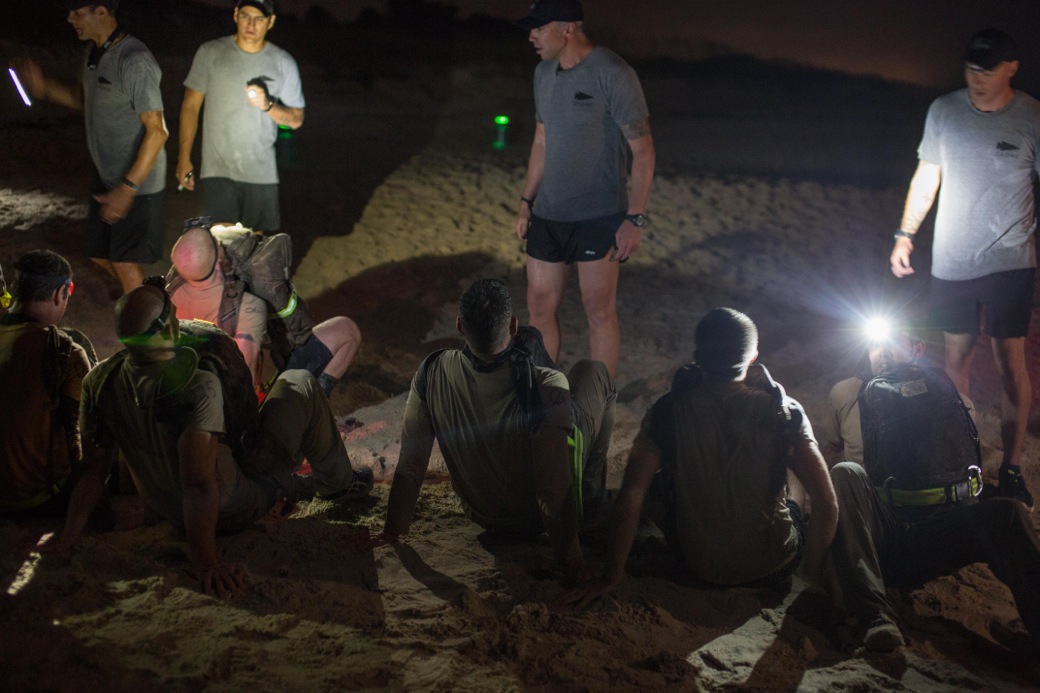 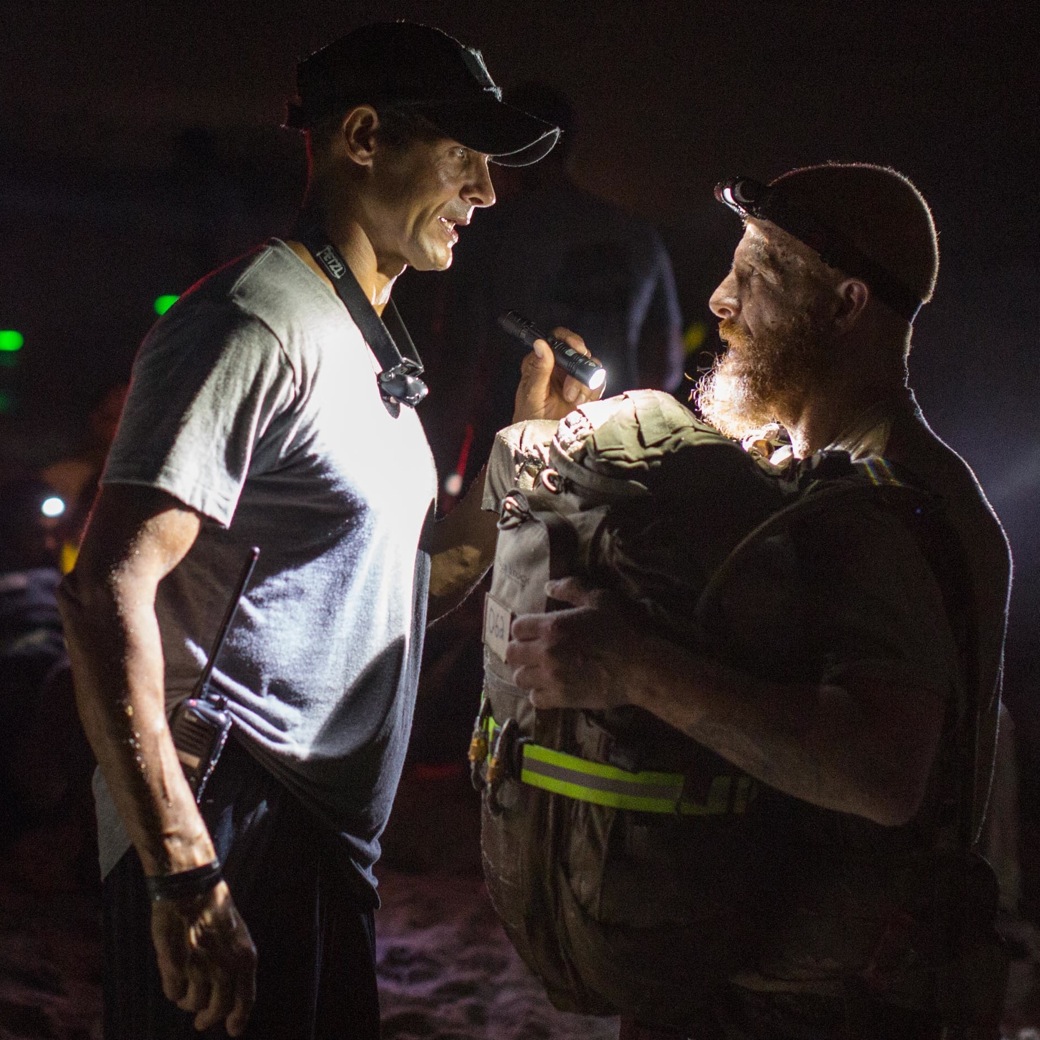 Roster Number ______________  you are mentally and physically unprepared for what is about to happen to you at this time would you like to VW. There’s no question mark at the end of his makin’-Ranger-Bat-proud statement and even I got sick of hearing Mocha say it over and over and over. And over. I got so sick of it I found something to yell about just to drown his voice out and I’m pretty sure all the Cadre had the same trick and lucky for us it wasn’t hard to find something to yell about.

Re: 062 above I thought Petrizzo had a good shot. I don’t know why he brought an RV to put on his back, though. I even told him as much at Bragg Heavy. He was the last guy left in Kling’s Selection class way back when, and he and I have been friends since I gave him some extra good livin’ at the first ever Challenge in Philadelphia, which is an awesome place for it namely because that town grows people tough as nails. That’s my experience anyway.

Coming back to do this event after failing in the past has worked out, once – Grant passed his second time. Knowledge is a good thing, you just have to make sure you’re doing it for the right reasons. Rarely does the body truly say I quit, especially if you’re even stronger the second time. It’s the mind and sometimes ignorance is bliss and sometimes knowledge makes for wisdom. It’s utterly personal how you respond to failure, and to how you try to rectify it.

If you find yourself in a position similar to how you would lie down on a couch watching TV, you’re wrong and you’re that guy now. 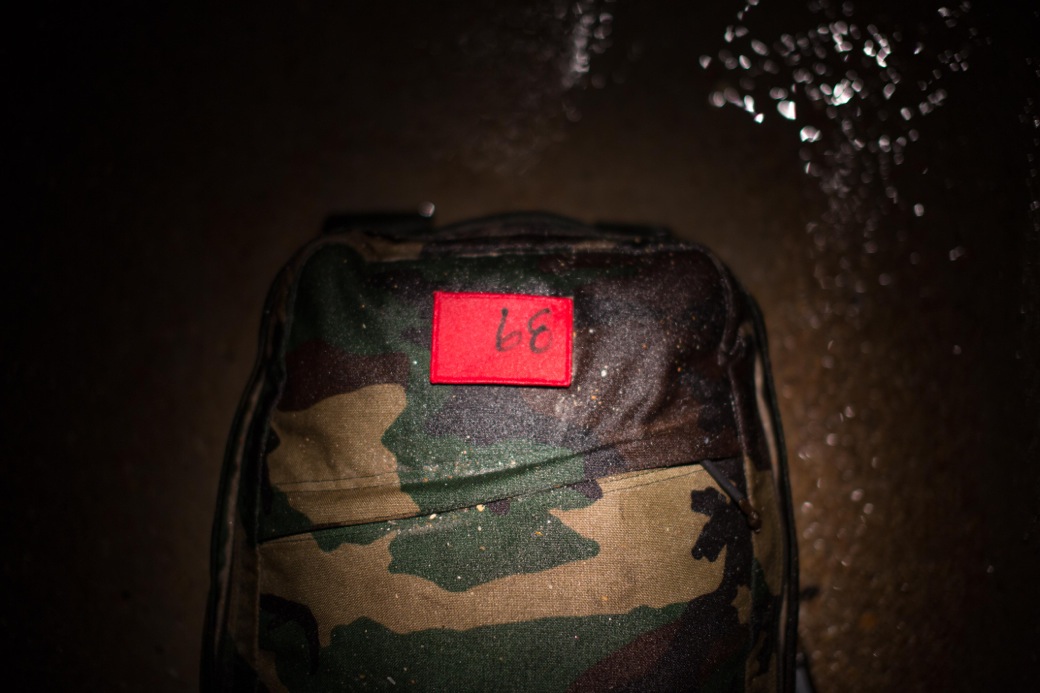 The patch system got a lot of people. Hey you’re a performance failure here’s your red patch two more PF’s and you’re gone and they’re like nope I’m done now. Failure is a way of life at Selection, embrace it. 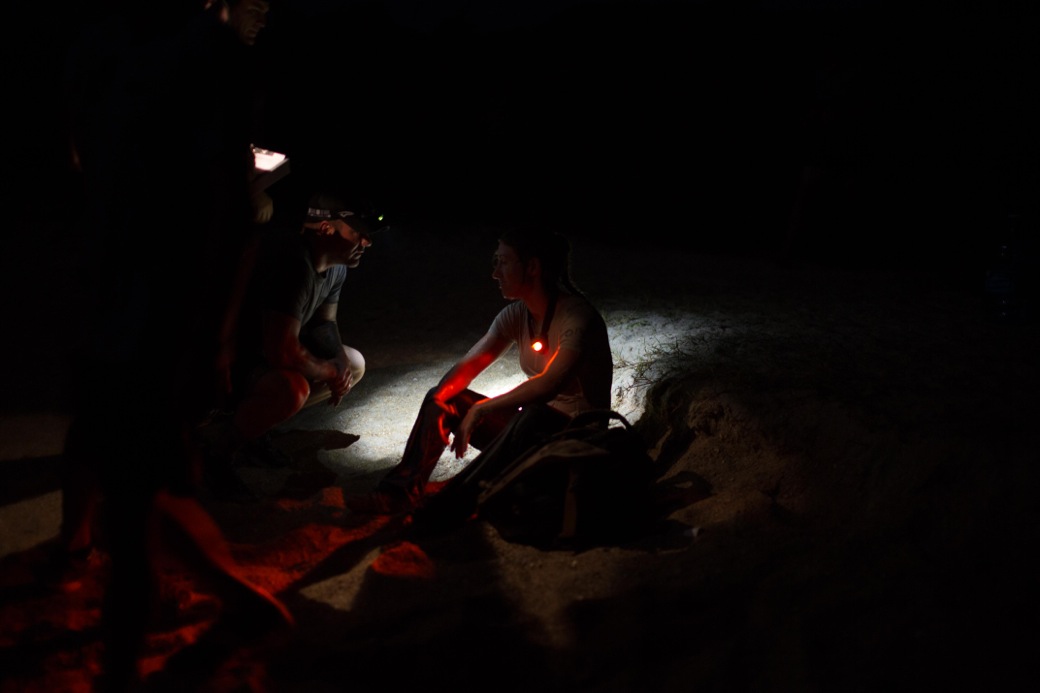 It’s false that certain people wouldn’t quit anything. Everyone has a breaking point. Everyone. This is why we talk about making sure your mind is right before you show up. If you have any excuse in your brain as to why life isn’t all it needs to be, you’ll find a way to feel sorry for yourself, we’ll see it all over your face and eventually you’ll say I quit. Sometimes it takes longer than others but that’s what we’re here for.

**Do not come here to find something missing from the rest of your life.** 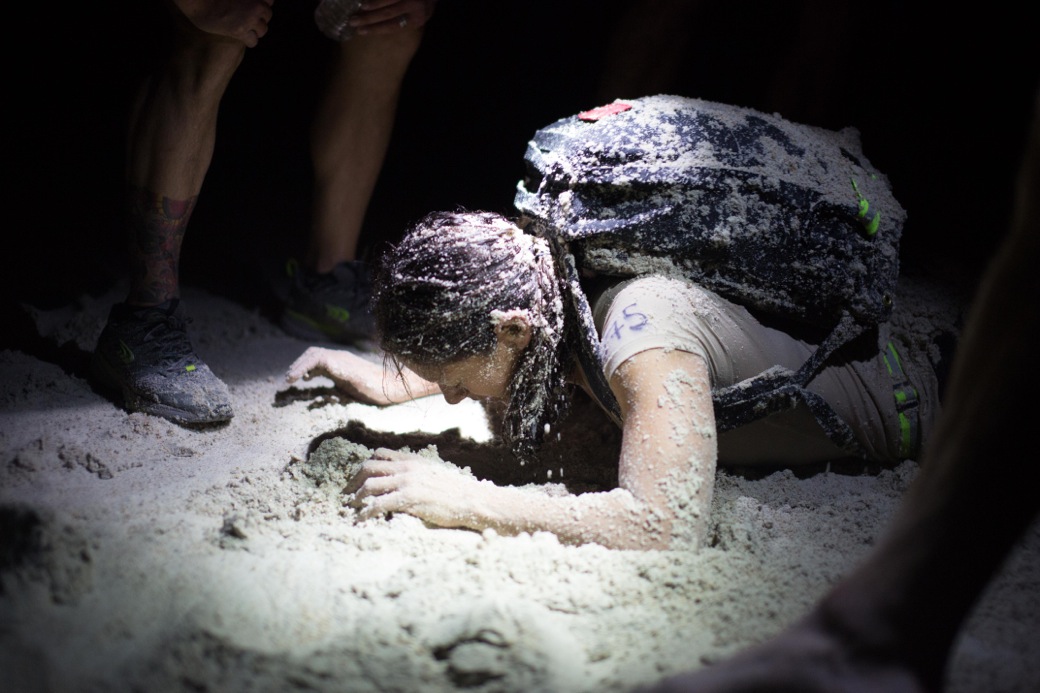 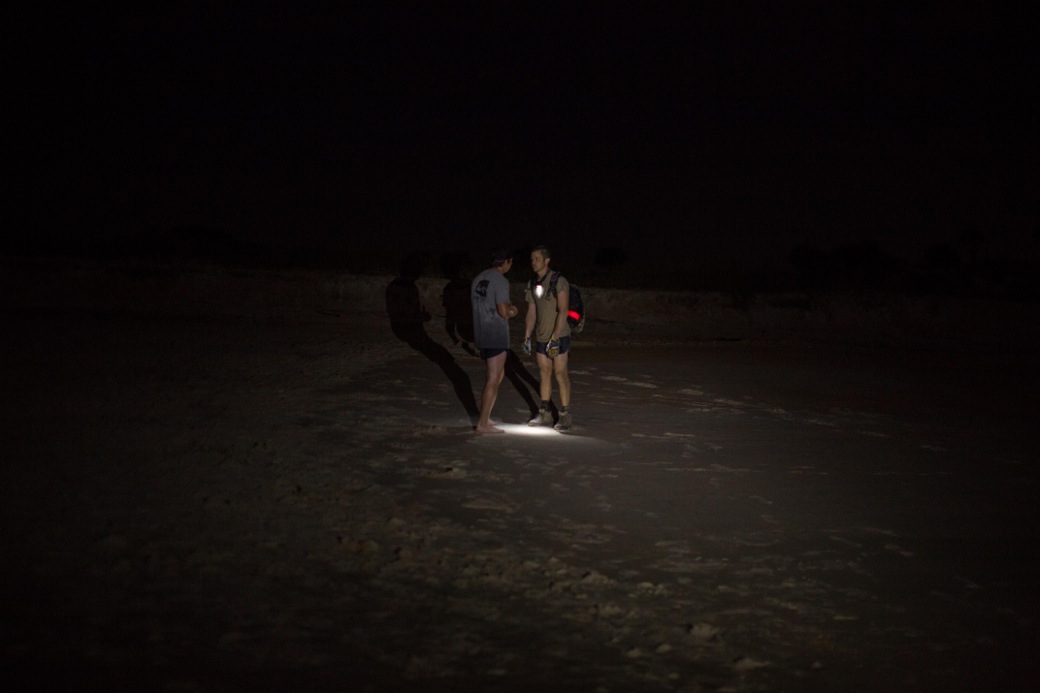 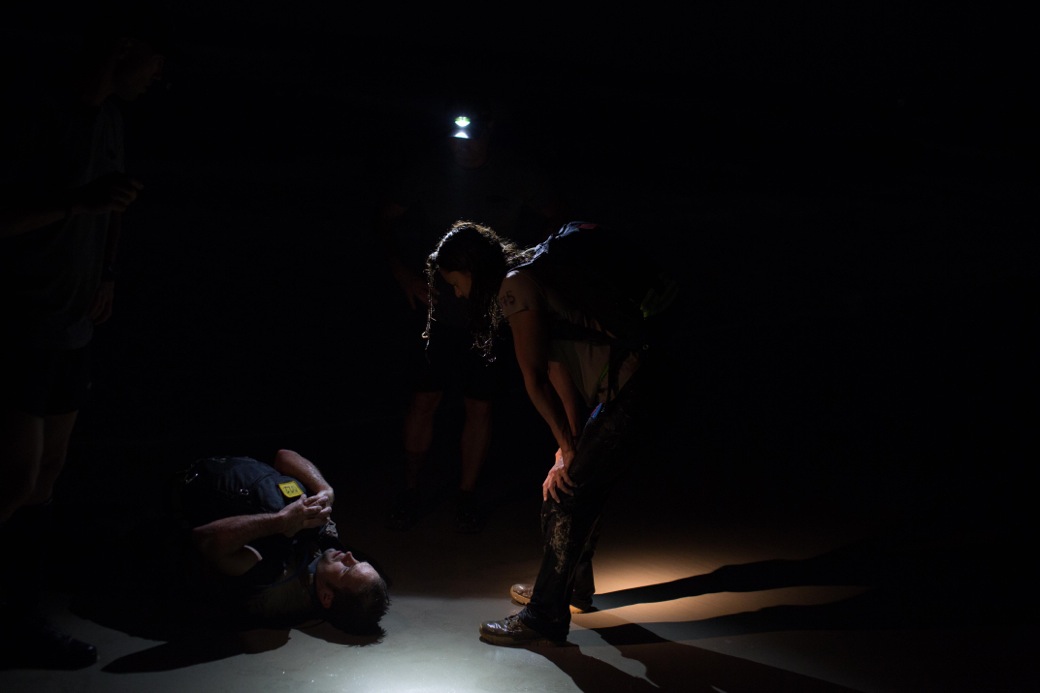 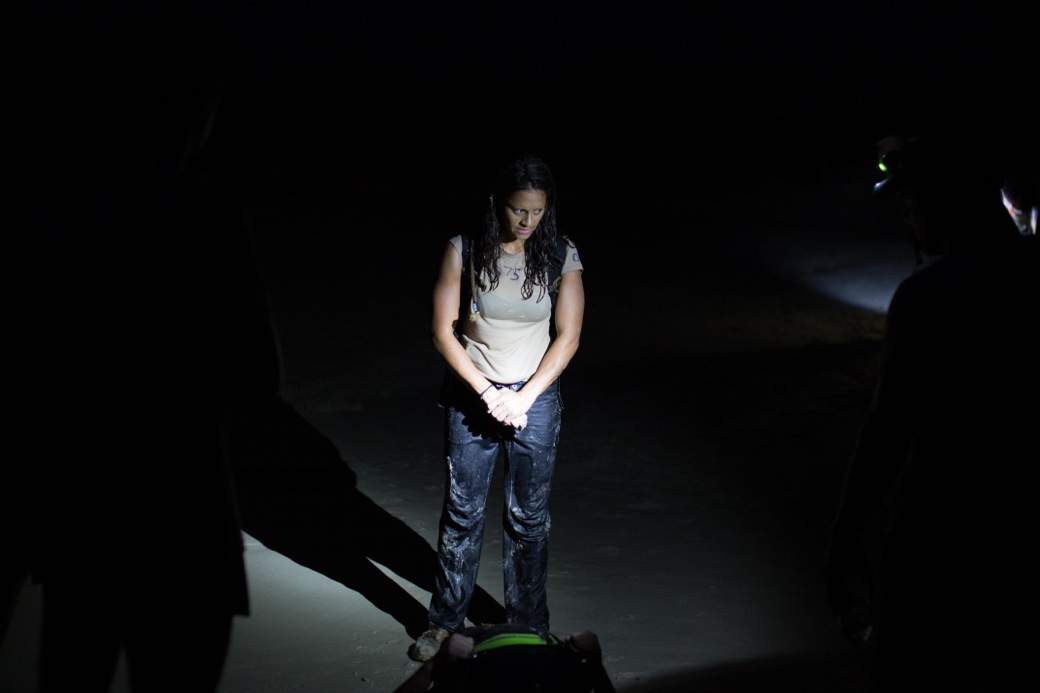 People leave the event but dare I say never on bad terms. We as Cadre flip a switch the second it’s over for you. The more I write about this event the more I feel the need to justify our own humanity as Cadre and if that’s my calling in these posts I assume the task. This Bye-Bye Party is horrible, so horrible that I’m tempted to open it up for you to view if you wanna come spectate Selection, just to see it for yourself. We want people to show up who say yeah I can do that. I’m not really scared of heights unless I’m in an airplane and to jump you do that from an airplane. Which is scary for me, every time. But I had to say yeah I’ll do that anyway even though I don’t want to. Opening up the Bye-Bye Party for spectators would be kinda like that and no matter what you see someone else do or what you read in a book the feeling in your stomach when it’s you is not something any degree of studying will earn you.

I had a bunch of friends in this class and I feel pretty mixed about the destruction of the event as a whole, probably like some would describe a trip to Vegas where it was worth it but you have some regrets. Maybe you even already make plans to go back and such is life. My regret is that it takes a level of Cadre destruction that comes from inside our brains and it comes a little too naturally one could argue and it’s not a feeling I want to experience very often. And to all the guys who were out there on that beach competing for oxygen with Mocha, if you think mixed feelings mean I’ll be missing the one in Jax or the one in Bozeman, you’re wrong smile smile. 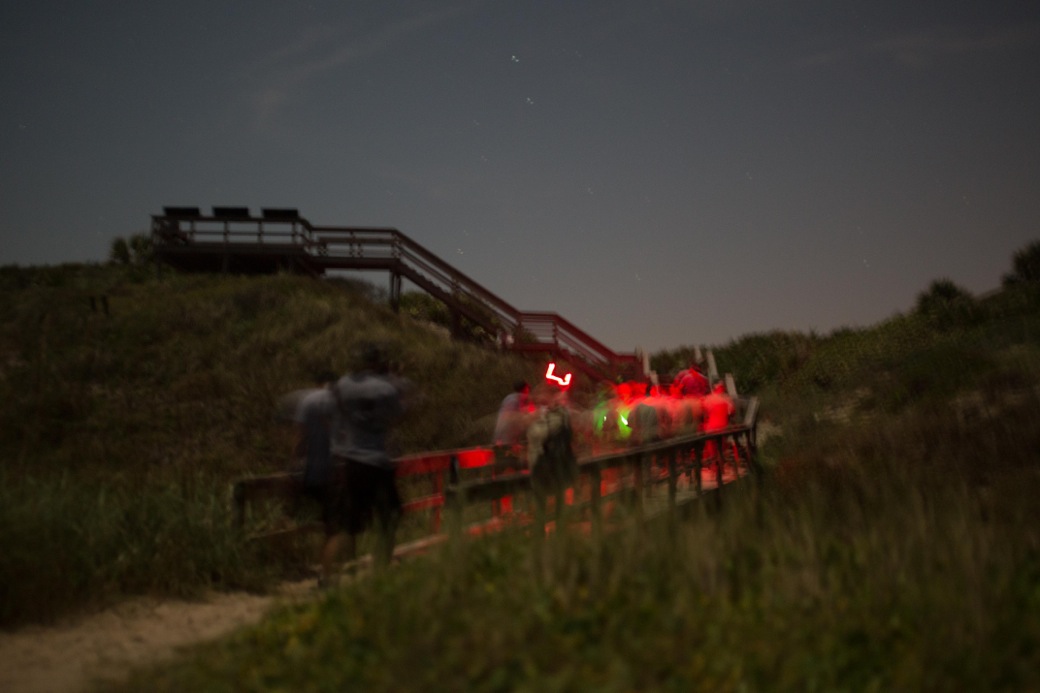 The Welcome Party gets all the buzz sorta how Shark Week comes and we want red meat not human interest stories give us the blood now now now!

But the Welcome Party is not the hardest part nor the most interesting, it’s just the loudest. I always found Cadre yelling to be whatever. It never really phased me. More interesting as I think back now were the quieter moments in between when I had to think about my life, about my performance, about why I wanted to persevere. Those were the moments when I had to find answers to questions I didn’t always want to hear.

And the herd is now significantly thinned so bring on the monotonous repetition of sandbag babies for 4 hours not a minute less and not a minute more. It pays to be a winner and if you lose you’ll be isolated and encouraged to increase your performance. If you perform to standard, you won’t hear more than a whisper. You fill quiet with your own thoughts and if your goal was to make it through the Welcome Party, you’ll quit soon. If you’re feeling sorry for yourself, you’ll quit soon.

Every hour is worse than the last and sometimes trauma works slower kinda how a gunshot to the stomach can kill you, too, albeit not as fast as one to the head. Yeah yeah there are no bullets ’round these parts I’m saying these are the hours when the stronger among you find new doubts you never knew existed. You find new justifications, new questions, new excuses. You see new demons and you wonder if you can fight through them.

And the bad news is we still got all the time in the world to find out. Or to be precise, exactly 34 hours to go.