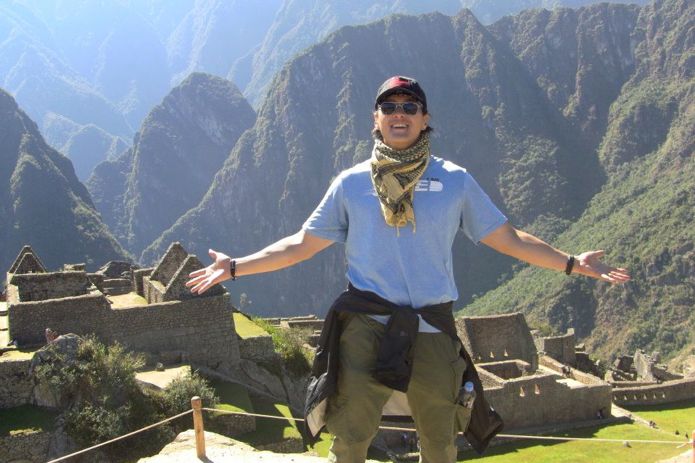 PREP: I came into this with an “in it to win it” attitude. I didn’t treat Selection like a joke and my training and preparation reflected that, i.e. following Cadre’s postings very carefully, taking care of old injuries, training my ass off, buying the right equipment, and taking care of travel plans ahead of time. No last minute BS to throw me off my game.

PREGAME: I was nervous as shit, stomach in knots and butterflies in my throat on my ride to the start site…you know, the same wave of emotions we all have felt for our first Challenge. Remember? My nerves were on edge but I knew I had to control it lest it controlled me so “self-control” became a dominant theme throughout Selection. I arrived an hour early to the start site and right off the bat the tone was set. Pitch black with minimal contact with Cadre. Strictly business.

GAMETIME: I’ll spare you the blow by blow details and summarize my takeaways:

1. Selection is designed to weed out the weak. Either you meet the standard or you don’t, end of story.
2. It pays to be a winner. You are being assessed at all times so you cannot hide behind your “team.”
3. Sandbaggers can run but cannot hide. You will pay the price as well as the rest of your class because of you.
4. Cadre will shine the spotlight on EVERYONE regardless if you are a sandbagger or PT hero. Either you rise to the occasion or you don’t.
5. HTFU or quit. I know it sounds merciless but nobody wants to hear your BS excuses.
6. Pack smart. You know what I’m talking about.
7. Smile. Positivity is a wonderful thing.

So it goes without saying that this was the hardest physical and mental challenge I have ever gone through. Cadre dropped the MF’ing hammer unleashing a blitzkrieg of PT and rucking of the likes you cannot imagine. This of course gives rise to seeing either the very best or worst in people. It was 48 hours of non-stop wall to wall drama of the human condition. No matter what Cadre threw at us, I swore that I would give it everything I got, and sell out at every evolution. Easier said than done as sleep deprivation, hunger, hallucinations, and bone chilling cold makes it so tempting to tap out. The night evolutions were the most difficult for me because I was in a serious state of delirium lurching and staggering all over the place whilst carrying heavy shit across great distances and PT’ing my ass off in the dead of night. Quite honestly, I wanted to quit right from the get go and the voice inside my head telling me to quit grew only louder after every evolution. But I had another voice telling me to “control yourself and focus” thus compartmentalizing and maintaining self-control was my coping mechanism. Every missed time hack, every clusterf**k, the mantra was to turn chicken s**t into chicken salad. Life sucks and it’s only going to get suckier. Deal with it and move on.

The seminal moment was when 8 became 3. It happened in a flash. It was down to me, Olof, and Chris. They’re two of the finest people I know. It was at that point that the voice telling me to quit finally evaporated. Hallelujah! I could not live with myself if I let these two down. The last 24 hours were excruciating because Cadre were relentless and we were running on fumes, but we had crossed the Rubicon and there was no turning back. We had some funny moments (funny for Cadre, not so funny for us) interspersed between beat downs. So despite the suck, I was in good spirits because of the company I was with. Whatever Cadre told us to do we did it. No eye rolling, no slouched shoulders. Bear crawls? Sure. Burpees? Why not? Pushups. No prob. Chicken s**t=>Chicken Salad. As we got to the end, we were all in serious pain. Our bodies were jacked up and our teeth clenched with pain. Thank goodness for Cadre Dan’s post about his broken ankles because that’s all I kept thinking about.

I’m not going to divulge how it all ended, that is between Class 001, Cadre, and alumni. But what I will say is that (A) it’s not what I expected and (B) I was an emotional train wreck. I consider myself a pretty stoic guy but I was so choked up with emotion I lost the power of speech and I needed a minute to quietly bawl like a baby. To be able to shake every Cadre’s hand and to be awarded the Selection patch is a moment I will cherish forever. To Olof and Chris: you are my brothers forever. To the 000 alumni that I don’t know already: I look forward to meeting you. To Cadre: you are my heroes and I thank you for your hospitality. To GRHQ, thank you for allowing me to participate. To the GRT family: happy new years and good luck in all your future endeavors. I love you all.