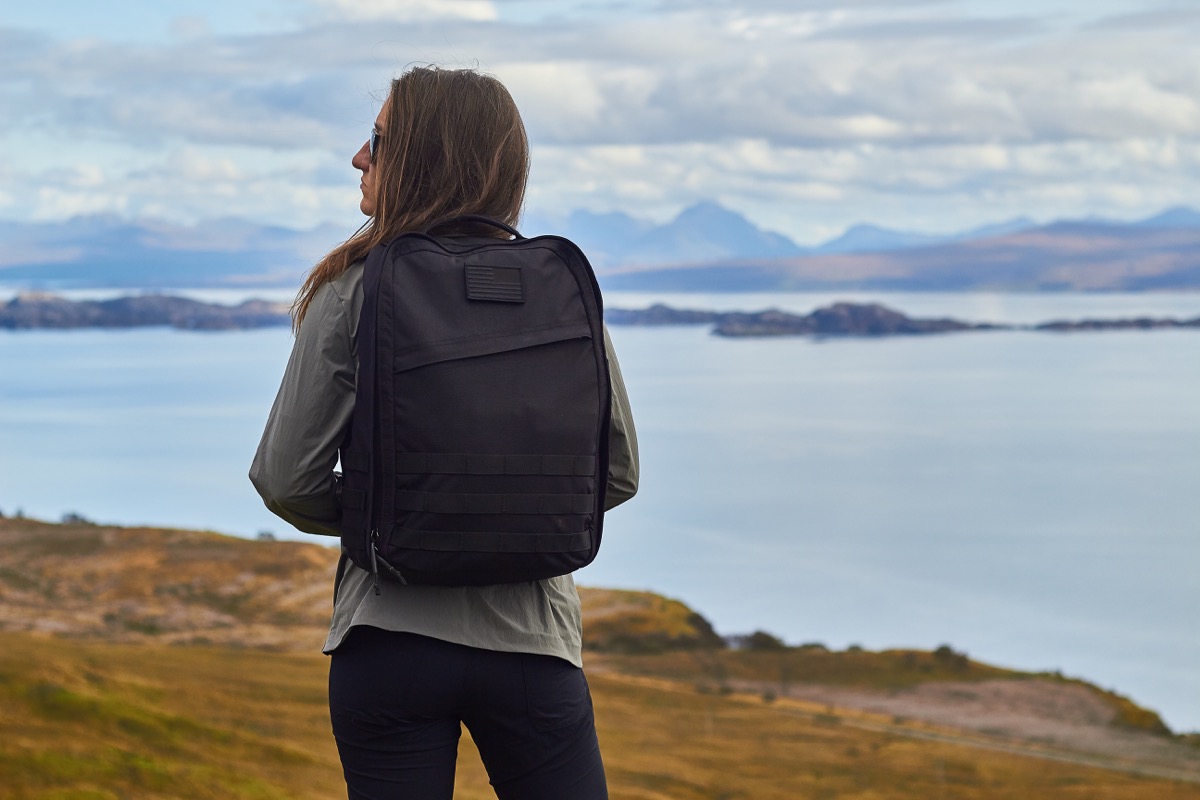 A single moment can change your life in an instant.

My father always said to find what makes you happy and just do whatever that is. One of the many bits of truth that resonated with me and probably many others. Seems simple enough, but in a changing and fast-paced life it becomes hard to stop and smell the flowers.

Fast forward over two years since his passing and I’ve acknowledged what lies ahead in the ever evolving earthly atmosphere. Rucking helped me with finding my why and gave me the push, the mindset that it’s all possible.

See the world – it’s rather small from a galactic standpoint – and be enlightened. Sure, I have traveled before, but now I have the tools to go, empowered with my decisions. Explore different cultures and meet different people – we’re all human after all – but the journey is where the good shit is. Sit in a pub and enjoy your surroundings. Eat the food. Beer. Scotch. More Beer. 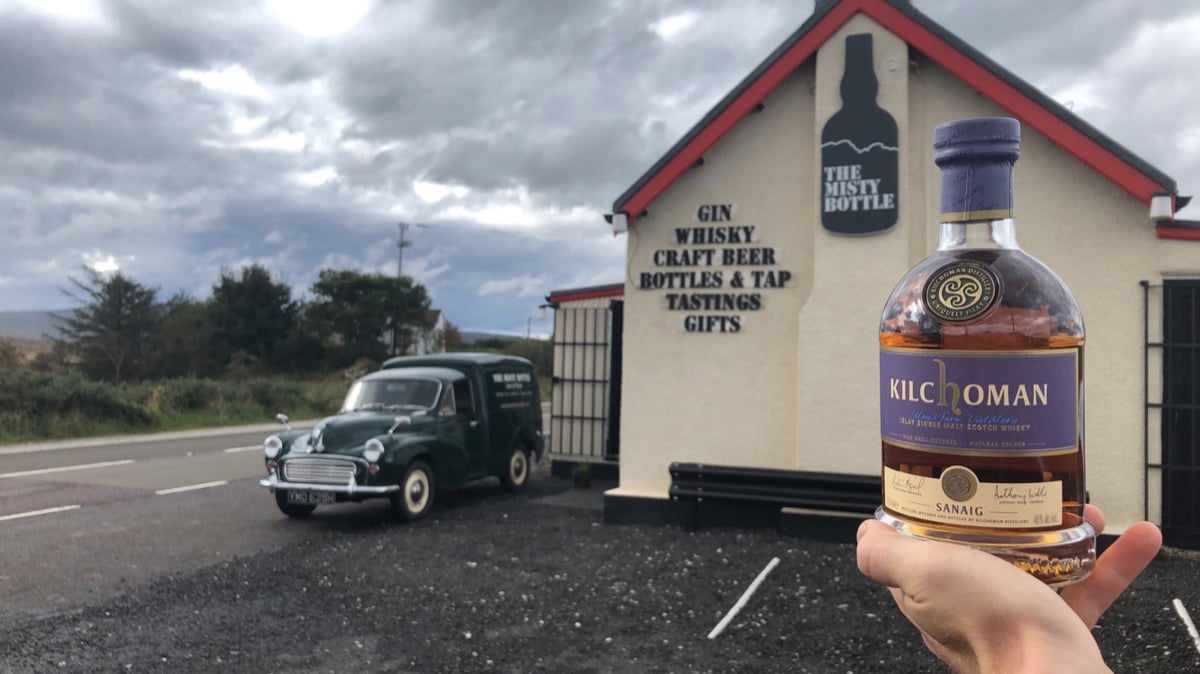 Inspired by my father, I decided to start this mission to get back to my roots: the UK, specifically Scotland. I planned to go solo, but have learned that rucking is better in a community. There was a lot of weight, metaphorically speaking and I needed someone, especially at this time, not just any friend but one that could manage a few miles of terrain and plenty of hours of plane rides. A companion was recruited and reasoning was never questioned, never needed. Just a gut feeling that this relationship would flourish; it did and continues to do so.

My GR2, packed. For Kendall, my aforementioned companion, a GR3 with the GR1 21L. We were ready for an international week of adventures, and anything else that could happen from the Highlands of Scotland down to London. There was work that needed to be done, trails that needed to be rucked, areas that we could run and all the beer that we could stomach. That’s all. No checked bags, no rolling wheels on bumpy roads, no stress. 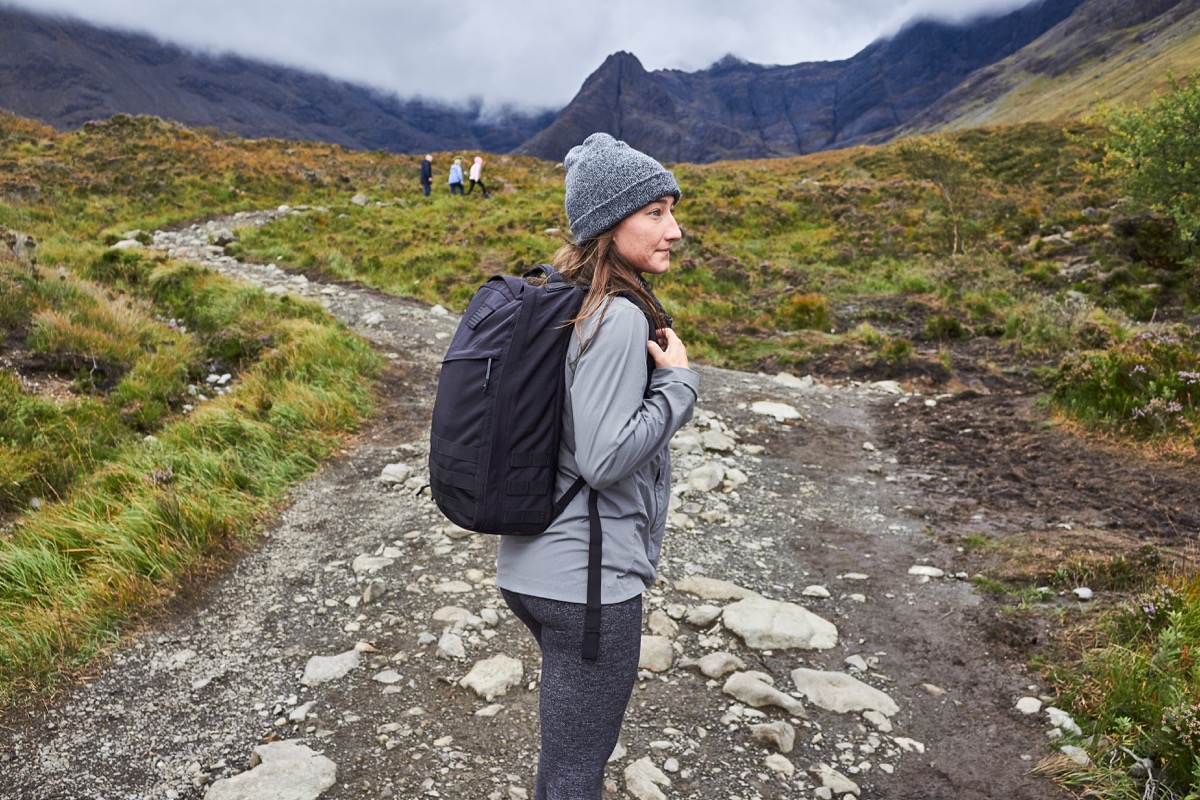 This particular trip was blessed with ideal conditions. The exception being the first trek to the Fairy Pools where waterfall paths were mistaken as trails. We abided by Rule 3 of Special Forces/GORUCK – If you get lost, look cool – at this point and herded ourselves back to the path with the rest of the sheepy tourists, unharmed and very hungry.

We headed North. The sun was shining, there was a cool crisp breeze, little if any humidity and visibility as far as you could see. Our Simple Pants were perfect for getting us from the cliffs to a cozy dinner afterwards. The sheep were roaming and provided extra company and humor among the zombie of tourists just clicking pictures. Our destination was greater than those pictures and the wandering crowds. We rucked up to the highest point possible at the Old Man of Storr, a couple thousand feet above sea level, unpacked the sandwiches and whiskey and indulged in views that only the clouds get to see everyday. We completely lost track of time, but what is time on a philosophical level anyway. Our time can be up at any minute. 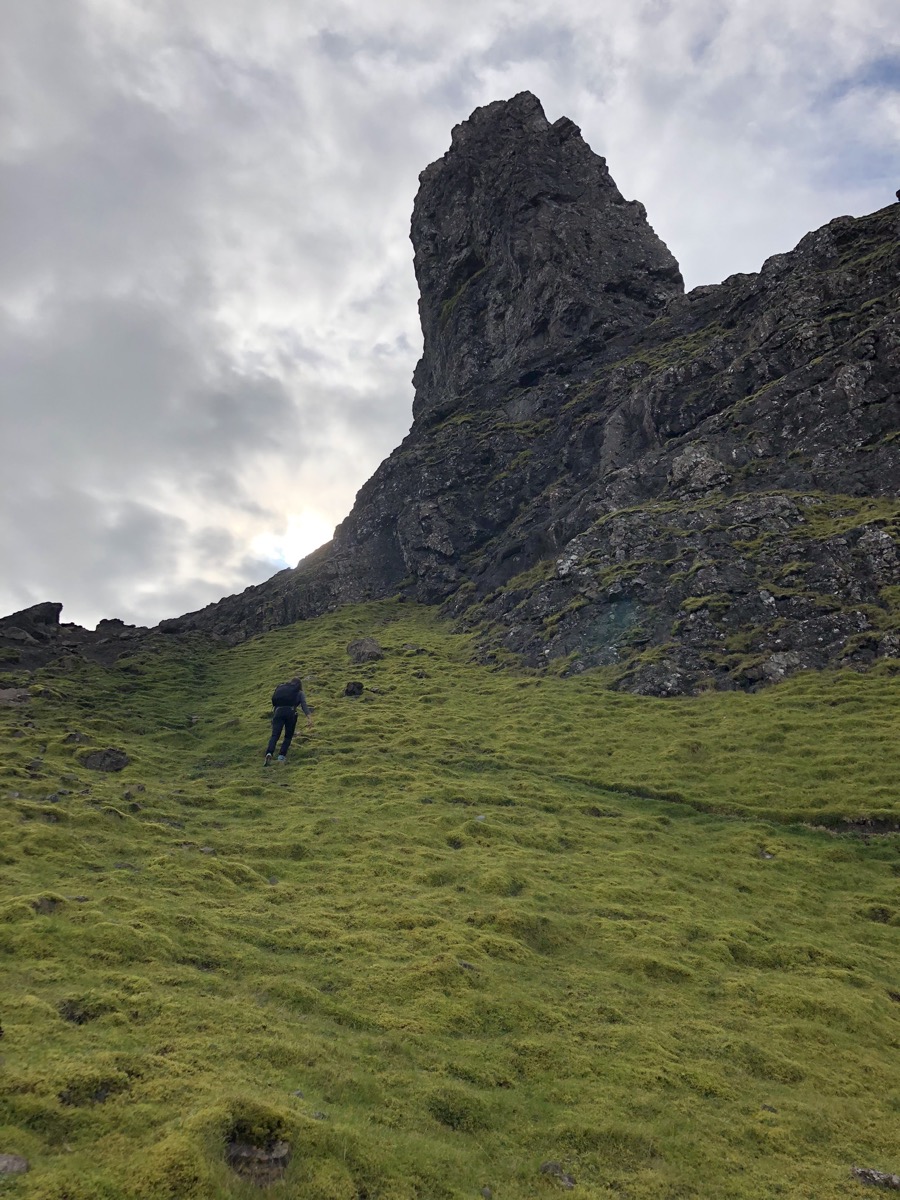 The Quiraing trail was just as empowering and became easier. A steeper climb and bit more breezy and way muddier on the slopes. The Simple Windbreaker and Grid Fleece provided just enough without hindering our movements. We were still on a mission after all. Your body adjusts to carrying the weight and you gain strength. Basically getting a workout while on vacation which is the best way to spend this currency of time.

We found we never needed more than what was in the GR1 nor would we want to carry any more or less. Also whiskey is great for warming your belly and makes the trip back down much more entertaining. Our rule was 10 push-ups every time you slipped and fell in the mud. We are in great condition and apparently really good at losing our footing. 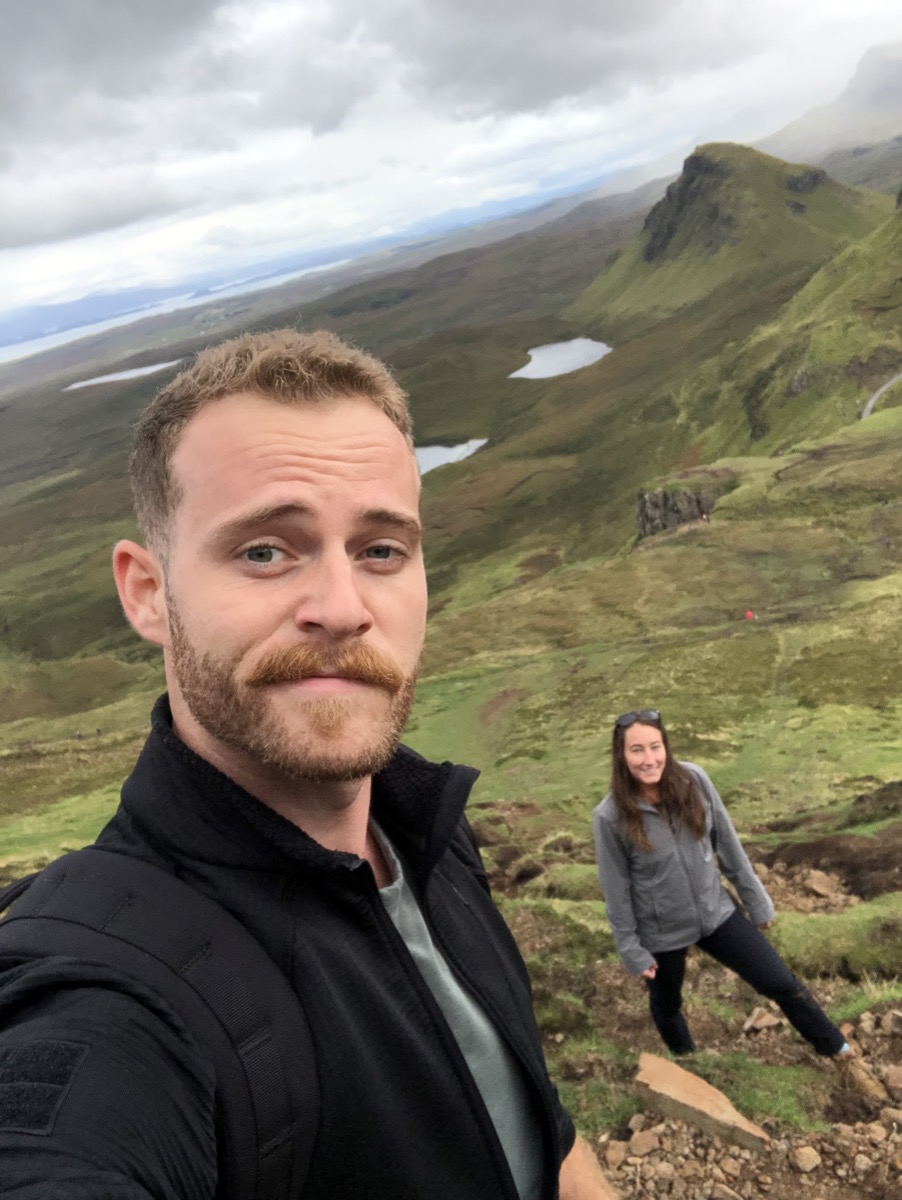 The ruck becomes much lighter, yes after eating the food, drinking the water and/or Scotch, dropping off that metaphoric weight and getting stronger both mentally and physically.

It’s more than that.

It’s the epiphany that there is more than just a daily routine.

There truly is a ‘why’ to make actions count rather than a shrug of the shoulders and pressing thoughts that this is as good as it gets.

There’s more and you have to search for it everywhere and everyday.

It’s not easy and won’t ever be easy.

Starting is probably the hardest part and then becoming comfortable being uncomfortable.

It doesn’t have to be done alone. Activities are more engaging and satisfying knowing that there is someone right by your side, cheering you on and helping you reach goals and likewise. Life is meant to be shared. 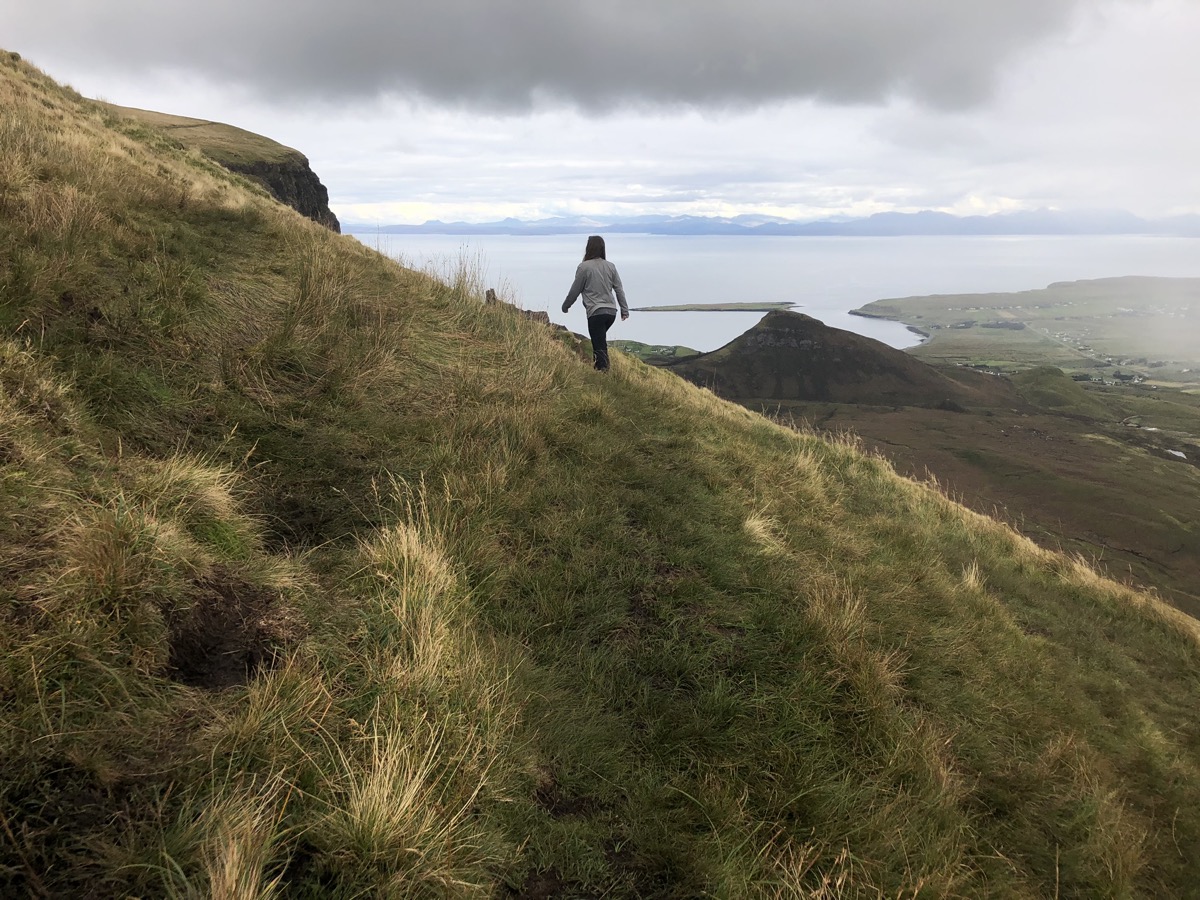 We can wallow in tragedy or take the higher road in search of the silver lining, get off our asses and do something to make those lost, more so yourself, proud.

Travel. I always wanted to and that’s what would make my Dad smile. I know the weather was best on this trip because he was there, basking in those moments in the sunshine listening to the echoes of the bleating sheep. No need for a 5 Diamond resort, planned events, fancy dinners and an entire wardrobe with costume changes. If that’s your cup of tea, have at it. I’ve discovered what I need after losing someone who meant the World to me; it’s much simpler:

Wake up, pick a trail and start walking with what you need, nothing more nothing less.

Only whatever I can carry in my ruck.

Score some deals on apparel and rucks during our Veterans Day Sale, now through November 12th at midnight PSD.