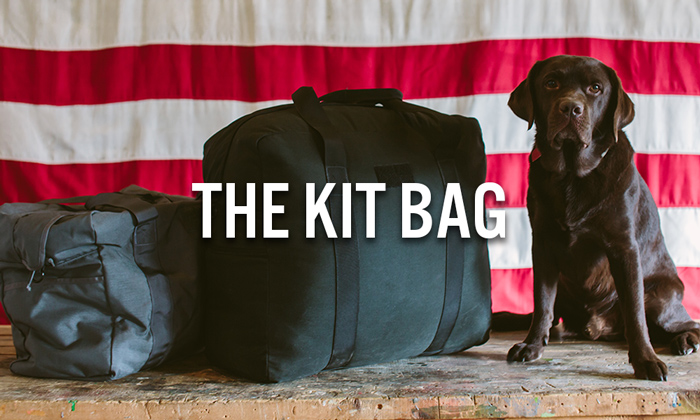 Just imagine you’re a new recruit with an Army green duffel bag full of stuff they made you buy to start Basic Training. You show up in your bus, and you’re immediately greeted by a shark attack of Drill Sergeants.

“Get off my bus,” they scream, two inches from your face.

Eventually, there’s a layout after you’ve carried your bag above your head for what seems like an eternity. 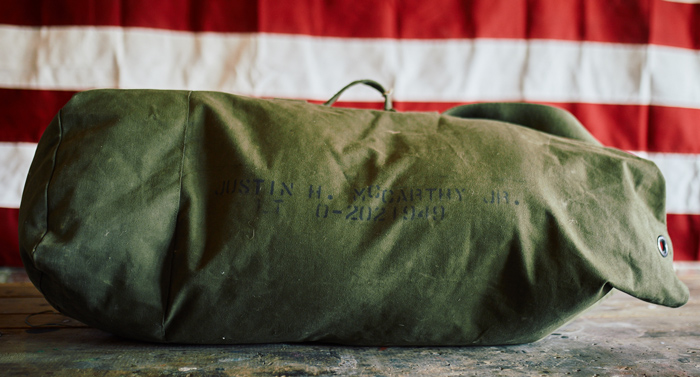 The long cylindrical green Army duffel bag has been around for almost a century. It has a single opening at the top, good for two things:
(1) Shoving stuff in
(2) Never finding anything unless you dump everything out.

Drill Sergeants know this, and they exploit it. When you join Special Forces and other high speed units, you stop using that bag because it’s terrible and in our opinion, should be phased out.

The main reason, functionally speaking, relates to a change in the equipment all soldiers now wear. Namely: body armor. The green duffel bag is too narrow to hold it. Which makes sense, sort of, since body armor didn’t exist when the bag mostly resembling the Army green duffel bag saw its first widespread use in WWII. (My grandfather’s is from the Korean War). 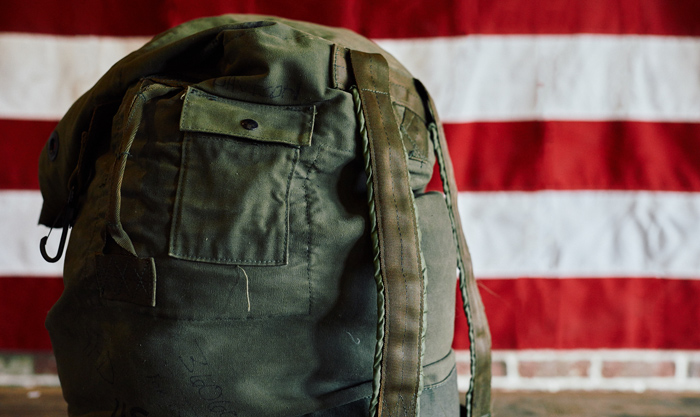 The shoulder straps. Yes, they allow the Army duffel bag to be worn on your back. However, they’re poorly constructed and prone to failure of either the hardware, the stitching on the straps themselves, or both (as happened to me). They were not, and are not, constructed, to carry anything comfortably over any real distance. If you need a bag with shoulder straps on it, check out our rucksacks.

Bottom line: today, that green Army duffel bag is antiquated, and non-functional. Unless you’re trying to stress out Basic Training recruits, in which case it works great.

Enter the Aviator’s Kit Bag (issued in Airborne Units) – 84 Liters (that’s huge)
This bag is a significant upgrade, and the inspiration for GORUCK’s line of three (3) Kit Bags. 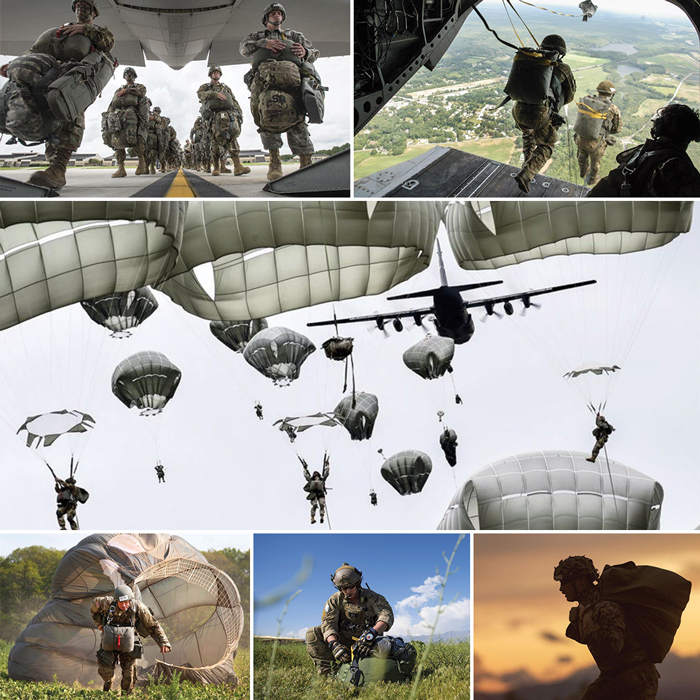 The Aviator’s Kit Bag is used on all Airborne operations (jumping out of planes or helos). You fold it up and pack it on your front, underneath your reserve parachute. When you land, after you thank God for surviving another jump, you pull it out, fast fast fast. You gather your parachute up and stuff it in the bag, securing it closed via snaps* on the kit bag, not the zipper because the zipper could actually damage the parachute for future use if it catches on the fabric. 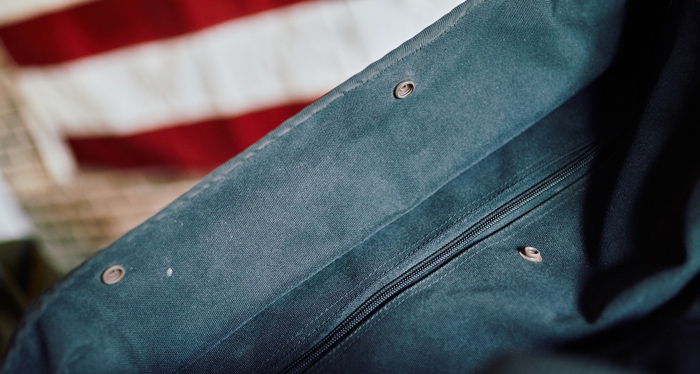 *This is the only viable reason I can think of for the use of snaps, which are bulky, notoriously fail, and are not trustworthy on their own. We removed them.

You attach it to your reserve parachute and pick up your stuffed Aviator’s Kit Bag and throw it on your back, while your reserve is on your front. Because the straps are too short but you need to hold them so it all stays balanced, it’s not uncommon to cut off circulation to your hands as you move. No big deal unless you’re getting shot at. 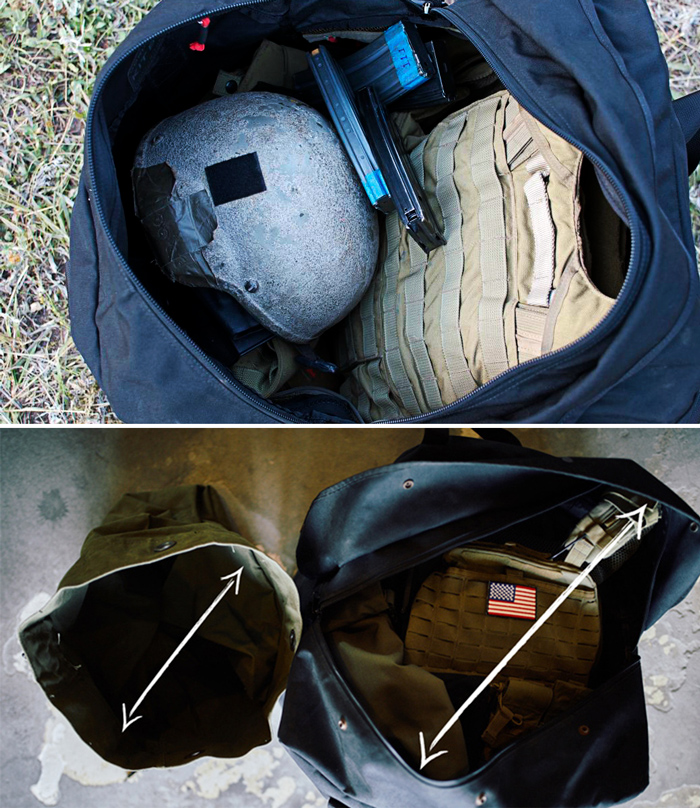 But here’s the thing. Special Forces and other units started using the Aviator’s Kit Bags as travel bags and deployment bags because of the large opening at the top, which is plenty big enough to comfortably allow body armor to fit inside. Plus tons of other stuff you need on deployment and in life. 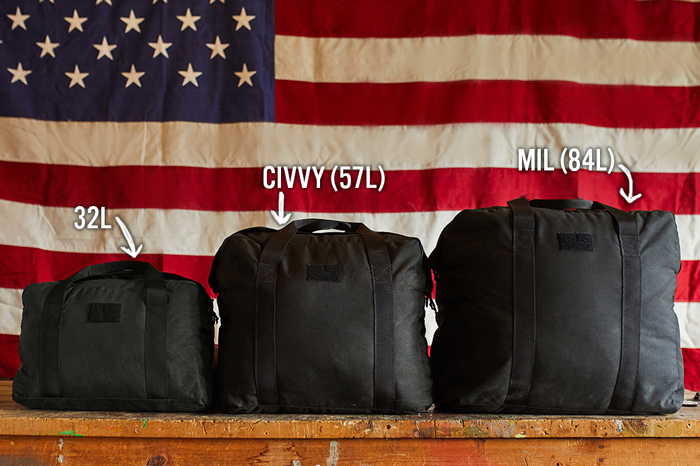 GORUCK’s Design Improvements – turning it into a travel bag
The Aviator’s Kit Bag (Airborne issued) was not originally designed as a travel bag. It just so happens to work better than the hated duffel bags, so kit bags were repurposed by guys in the field. Our team at GORUCK took the design foundation, and improved upon it so that GORUCK Kit Bags thrive for Special Forces soldiers on deployments and at military schools, and for travelers all over the world.

Our Special Forces Cadre take GORUCK Kit Bags to war now, instead of the issued stuff. When Cadre Dan got home from one of his trips to Afghanistan (his first with a GORUCK Kit Bag), he told me in his backyard over some Bud Heavies, “Like, no shit, it’s so obvious to add pockets to a kit bag, I don’t know what took you so long. These are f******* awesome.” 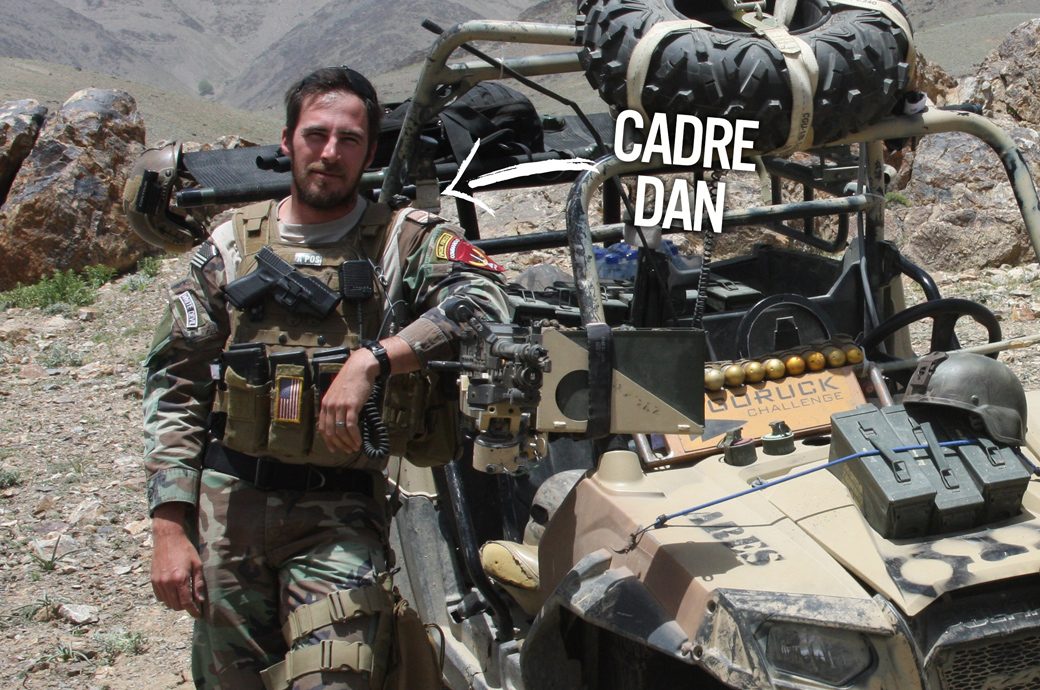