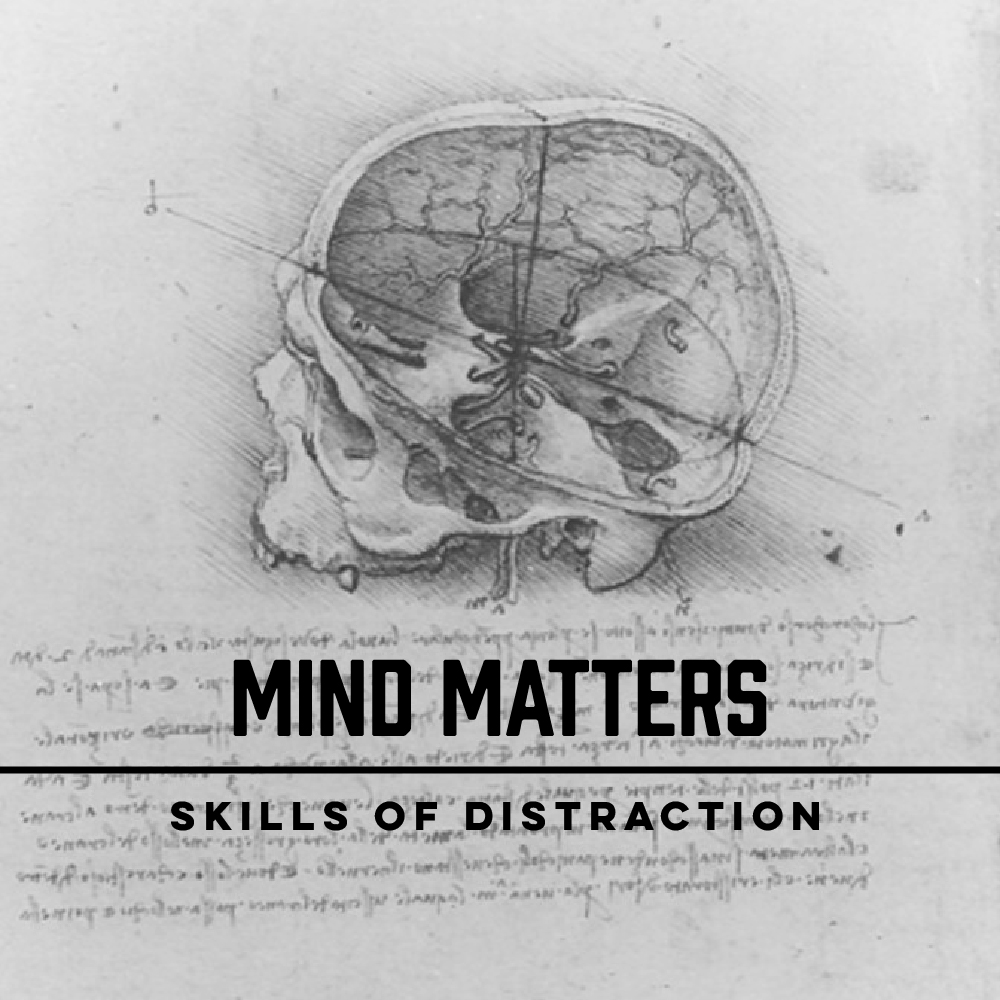 Author’s Note: As I’ve stated before, nothing I state here is prescriptive. I am not a doctor, a psychiatrist, or a neuroscientist. I am someone who has lived with chronic anxiety for over a decade and chronic illness for the last five years. As a result, I’ve proactively sought out and personally tested numerous neural retraining courses. The core assumptions about the human brain found in those programs is the basis for what I’m referencing below.

It was almost exactly a decade ago when I first became stricken with severe anxiety problems, to the point that it affected me physically. I had never experienced something like a panic attack in my life. But suddenly I found myself frequently overcome by dizziness, numbness, tingling, chest pains, and a whole slew of other scary symptoms. To the point that they were truly debilitating. Not knowing what was going on, I legitimately thought there was something physically wrong with me. And naturally I did what any sane person would do. I went to the doctor and had him run a bunch of tests on me.

As you can probably guess, all those results came back normal. I didn’t have some dreaded fatal disease. Quite the contrary, I was in perfect health. Except I wasn’t… Physically I was fine. But mentally I was severely malfunctioning. Or at least that’s my interpretation of what was going on. And for the first time in my life, I realized that what was happening with me mentally, could have dire consequences for me physically.

For some people this is a difficult leap of faith. Can your mind alone really give you a mock heart attack or make your face go numb? In my experience, yes. And this should strike us as obvious. Your brain, via your nervous system, makes your body do everything. It doesn’t matter what you are doing. The thing that’s moving your limbs or making sounds come out of your mouth is ultimately, your mind.

So it stands to reason that your brain can also create physical symptoms that aren’t the result of anything other than – your thoughts. Veterans especially will be aware of the concept of “phantom limbs.” Many amputees, despite losing an arm or a leg, still feel it. As if it’s actually there. And we’ve all had the experience of hearing or seeing something purely imaginary. These are simply brain malfunctions of sorts. It’s the only way you can “sense” something that doesn’t exist.

Note that these things also happen without intention. They are not conscious acts. This is another critical feature about your brain that’s important to understand. It loves to offload work to your subconscious. Especially if it’s something you do over and over. Your mind essentially says, “hey I keep doing this process repeatedly… why don’t I turn it into an automated pattern so I can focus on other things.”

The most common example of this is driving. When you first learn to operate a vehicle, it takes a tremendous amount of concentration and focus. But soon enough, you can cruise down the road while simultaneously talking on the phone, drinking coffee, and daydreaming. You literally aren’t paying any attention to the act of driving itself. Your brain has changed this pattern from something you have to think about, into something that “just happens.”

Unfortunately, most people don’t take this line of reasoning to the next logical step. Which is that this can occur with any pattern or habit you develop over time. If you start being anxious a lot, guess what? Your brain is eventually going to move it to your subconscious. And now you’ve developed, you guessed it, chronic anxiety.

Here’s the real problem. It’s hard to get rid of these bad patterns. In my experience you can’t just relax your way out of them. Things like meditation and breathing exercises are great, and worth doing. But once a habit is built into your subconscious it’s there to stay until you actively overwrite it. You can’t drastically change the way you do anything “naturally” just by focusing on your thoughts or controlling your air intake. You need to make a concerted effort to somehow do it differently, and repeatedly, until you develop a new pattern of behavior.

So how do you do that when it comes to something like chronic anxiety? By engaging your conscious mind in a manner that doesn’t allow your subconscious any room to operate. By distracting your own brain, so it doesn’t get up to its old tricks. Which means doing something active that requires focused concentration.

What I’ve found to be the most effective form of such distraction is skill development. Teaching yourself to do something new. This not only turns your old subconscious patterns “off,” but also develops new neural pathways in conjunction with the skill itself. It cannot be a passive activity. You can’t just read a book or meditate. You must learn a skill that involves your mind AND body. Bowhunting, woodworking, playing an instrument, Brazilian jiu-jitsu, etc.

Personally, I spent the last year learning piano. And I made it a habit by committing to 20 minutes of practice per day. I wasn’t really concerned with an end state or goal other than the practice itself. Just putting in the work consistently. What I found was that while I didn’t feel great everyday while doing this, I slowly felt better as the weeks and months went by. And for those 20 minutes, I usually felt really good. I simply couldn’t think about anything else, either consciously or subconsciously, while I was focused on what my hands were doing on the keys.

At the Navy SEAL Foundation, we fund a program called Military Art Psychotherapy (MAP). It’s a mental health service designed specifically for SEAL/SWCC operators and veterans that provides art psychotherapy and counseling in a clinical treatment model. And I believe it’s an effective program not only because of its cathartic properties, but also because it involves developing a skill. I have zero science to back that up, but experience tells me it’s true.

It’s never too late to lay down some new neural circuitry. Everyone, regardless of your current state of mental fitness, can benefit from this. The world has received a lesson over the last year as to what happens when people sit idly indoors for months on end. I think it’s safe to say that binge-watching Netflix wasn’t the best use of that time, and certainly didn’t create positive habits.

So go pick up an instrument, or enroll in a martial arts class, or learn how to build something. It’s good for your body and your mind. And your subconscious will thank you for it. Once it’s done being distracted.