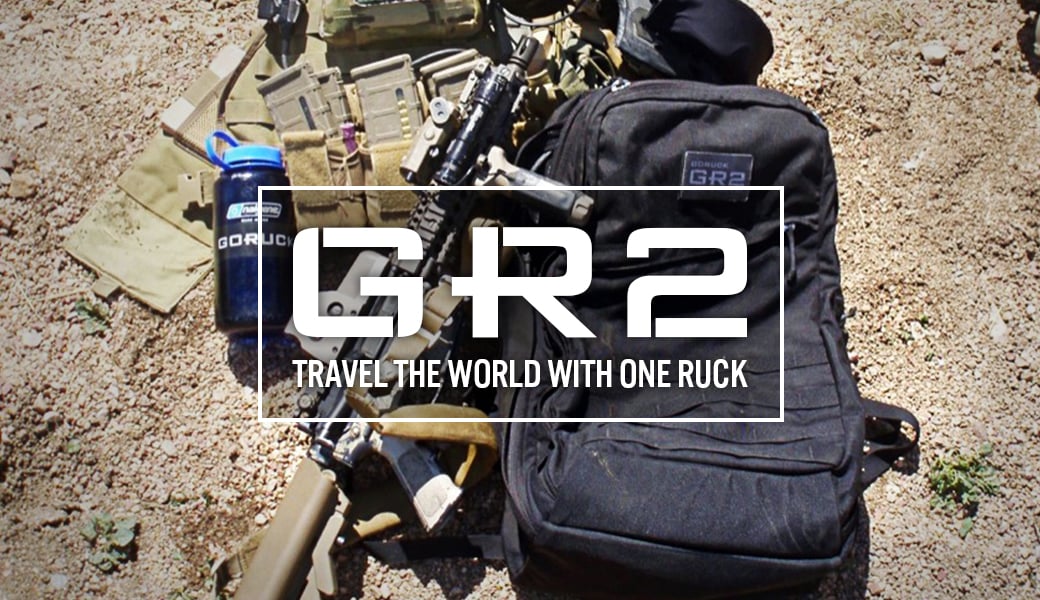 My “go-bag” in Iraq was more the size of a GR2 than a GR1. It was big, heavy, and full of lots of stuff I would need if our vehicle got disabled and we needed to fight for our lives. When I moved to Cote d’Ivoire, West Africa, I took that inspiration and made one tailored for Emily, who was serving there as a Diplomat. My goal, of course, was for her to have the stuff she needed to survive in case of a coup d’etat or terrorist attack, both of which happened not too long after she left the country.

But instead of using the same exact bag I used in Iraq, I used a Special Forces medical ruck, which had two large compartments. It opened flat and had pockets everywhere, which were originally designed for specific medical equipment like bandages, tourniquets, gauze IV’s, medicine, etc.

And when I was back home in America, “go-bag” became “go-ruck” became GORUCK, and GR2 became our flagship travel ruck and my personal favorite. It’s oft abused on the road (by lots of us) and in war (by my Special Forces buddies).

And I keep that original “go-bag” of Emily’s hanging above my desk to remember our roots. After all, you only have one set of them.

Check out the GR2 here. 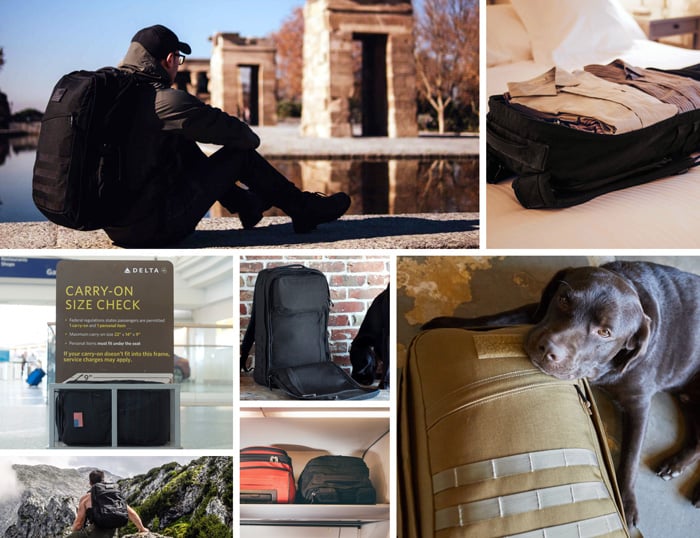 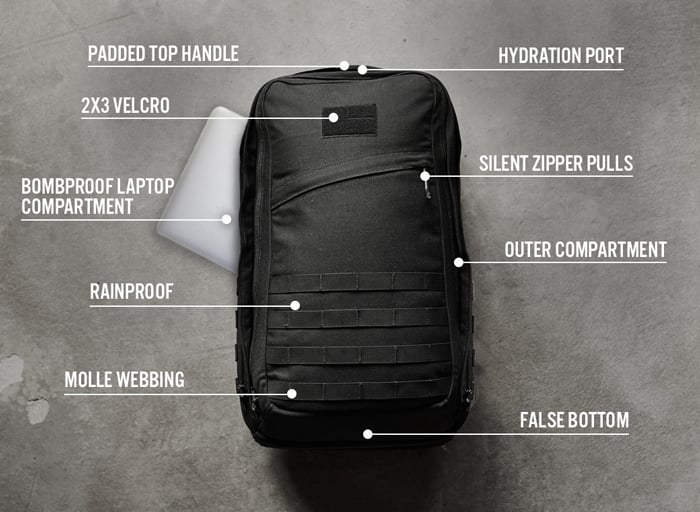