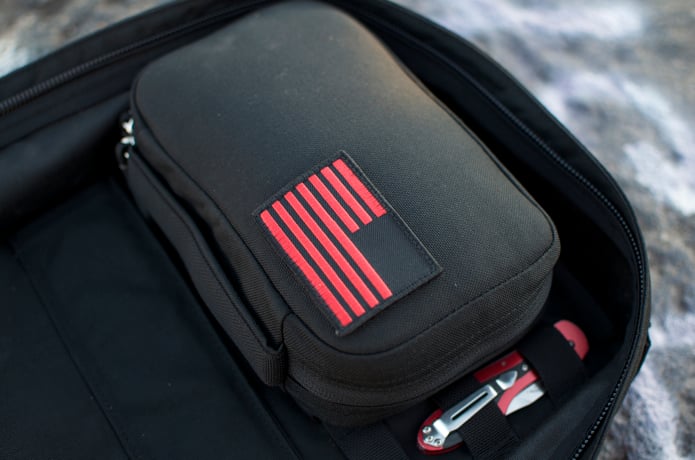 The system of attaching Field Pockets, called MOLLE (MOdular Lightweight Load-carrying Equipment), is the same system the Armed Forces uses. It’s tried and tested, but nobody understands it until they do. When I first had to set up my kit before deploying, I had no idea what I was doing. Since I didn’t want to be the new guy asking new guy questions, I spent forever not asking anyone for help. For this Explanation, which I wish I would have seen back then, I have one GR1 Field and one GR1 rucksack. Above is what it looks like when attached. Below is the process of how to get there. 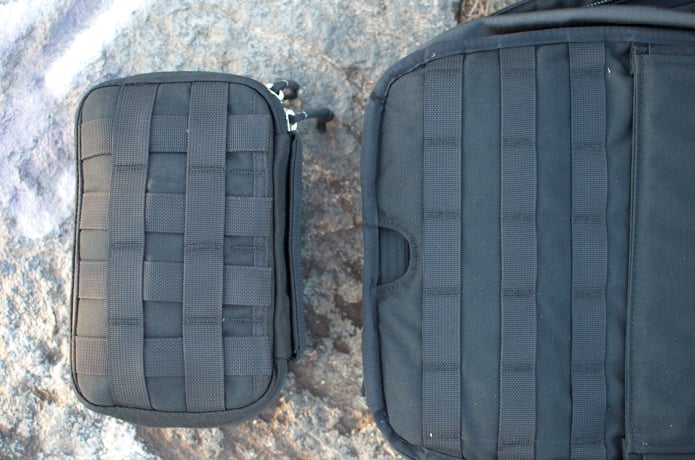 MOLLE webbing is identified by the rows of webbing bartacked down. Bartacking is a very heavy duty, zigzagged cross stitch that uses a special machine, appropriately called a bartacker.  We bartack all major stress points in our gear. On the left (above), GR1 Field, on the right, the interior top of GR1. I’ve pulled back the side panels of the GR1, akin to folding it inside out. 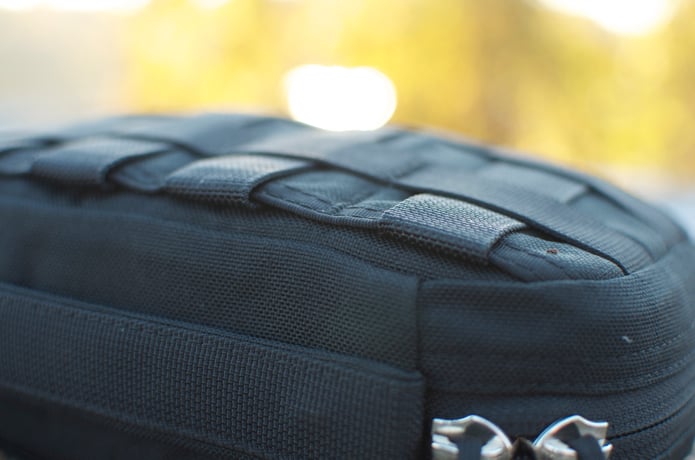 On GR1 Field, there are strips of webbing that run vertically — and these are the ‘glue’ that will keep it attached once it’s woven through the horizontal strips correctly. As a standalone item, you can tuck them in so they’re out of the way (above). But to connect the pockets to the MOLLE webbing on the rucks, the first step is to pull them out (below). 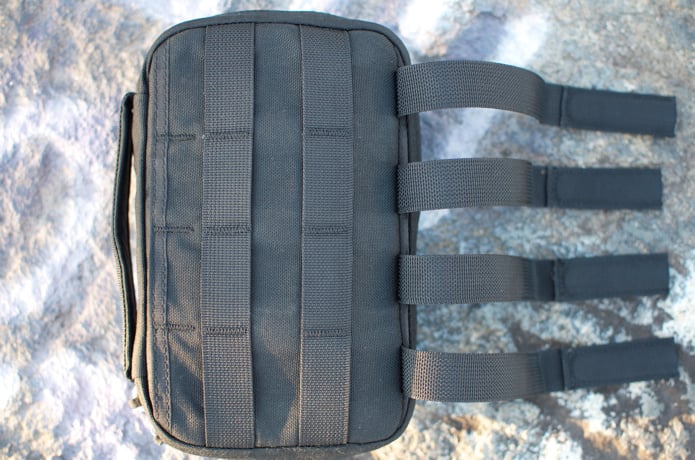 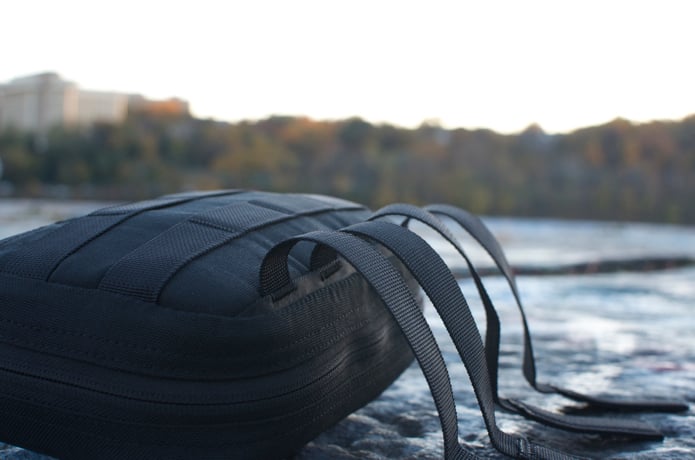 The end of each strip of webbing has a piece of hard plastic in it. It’s sandwiched between webbing that is folded back onto itself – then sewn closed, so you’ll feel but never see the plastic. This makes each strip more secure when tucked in, and easier to work with as you’re attaching the pockets. 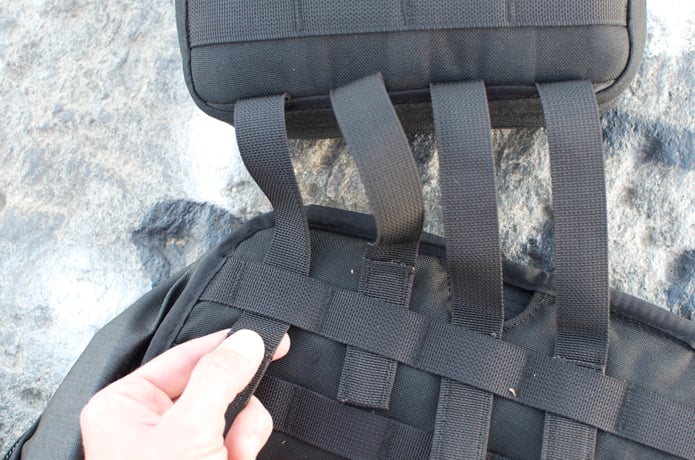 The process is essentially a weave. Take all four vertical strips and pull them each through the top layer of MOLLE webbing on the ruck (above). 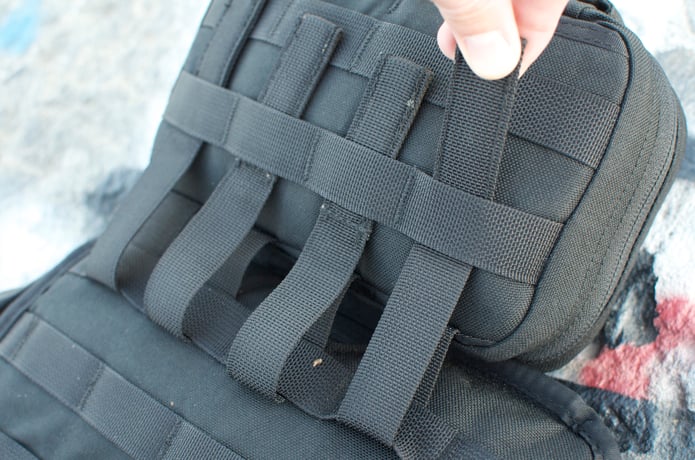 Second step (above): pull the webbing back through the horizontal row of webbing on GR1 itself. 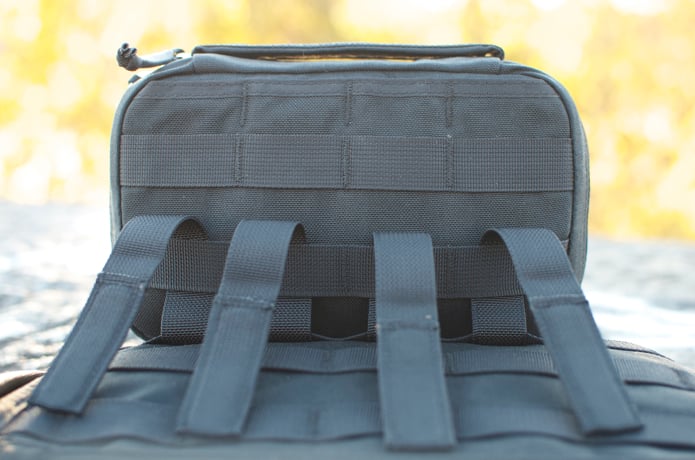 At this point, pull the vertical strips tight so that you have slack again. 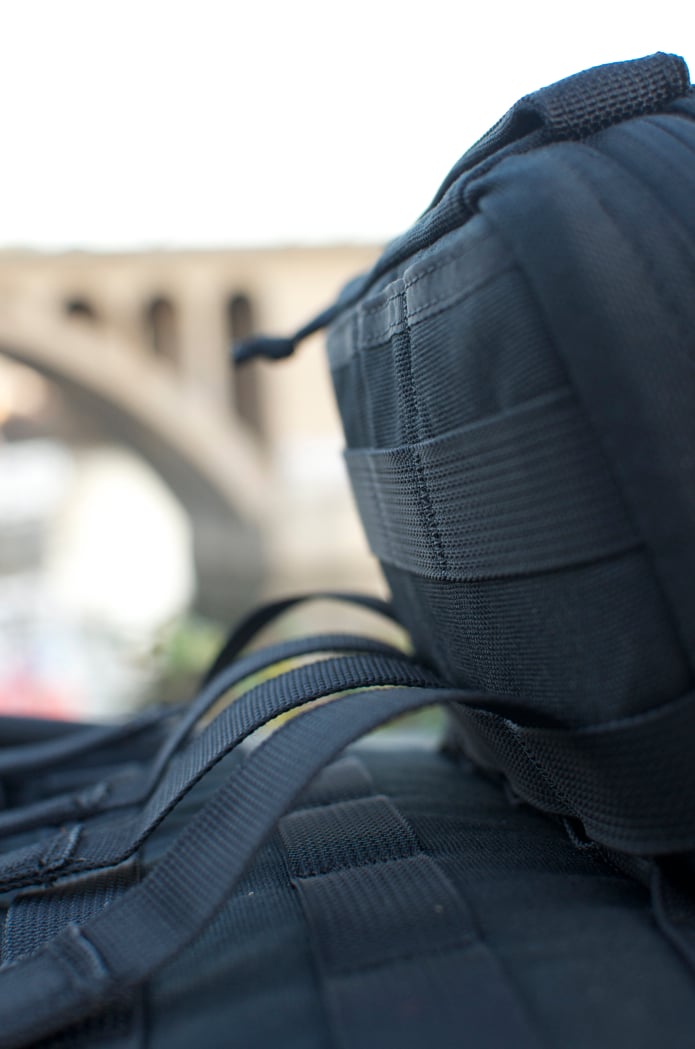 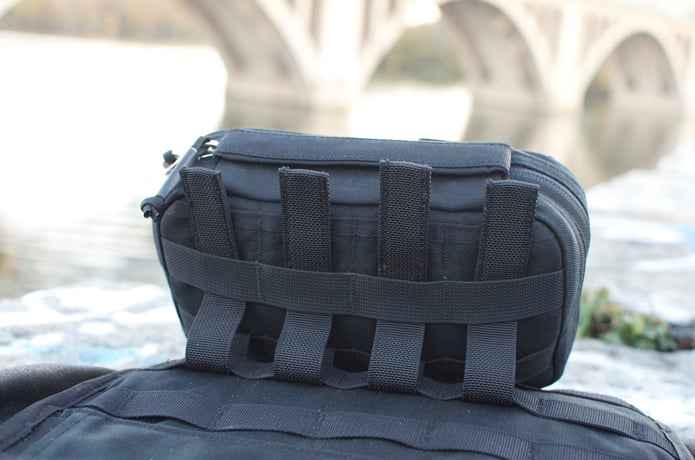 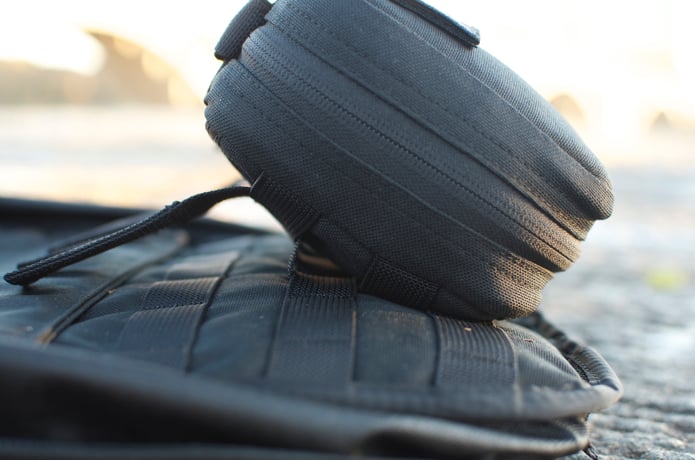 Then pull the webbing to create the slack you’ll need for the last row (above). 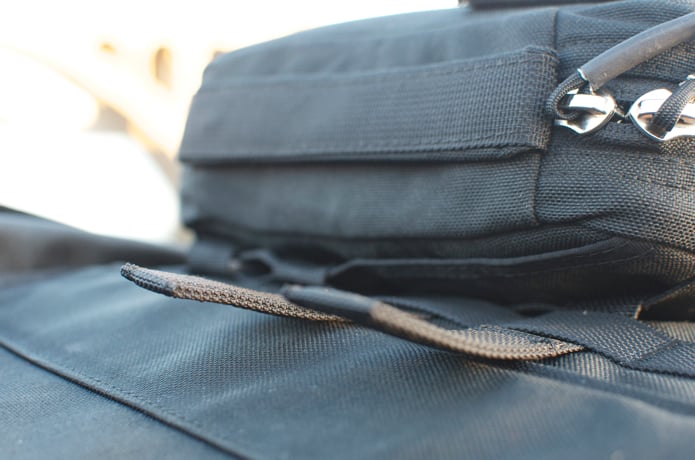 Pull the vertical webbing through the last row of MOLLE webbing on the ruck (above). Also notice above that in the background two of the vertical strips are tucked back in and no longer exposed.  The two in the foreground are still out, the next step (below) is to tuck them back into the compartment designed to house them in the Field Pocket itself. 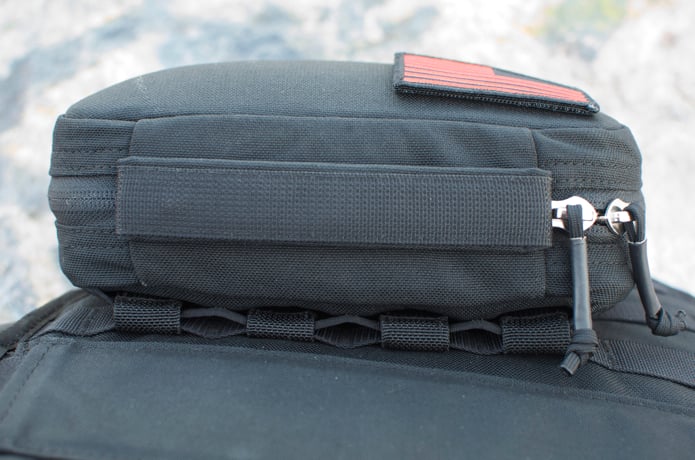 This GR1 Field Pocket isn’t going anywhere, it’s totally secure. I like utilizing the top of the ruck a little bit more, since I typically set my GR1 down and things at the top are what are most accessible. Having GR1 Field there helps. 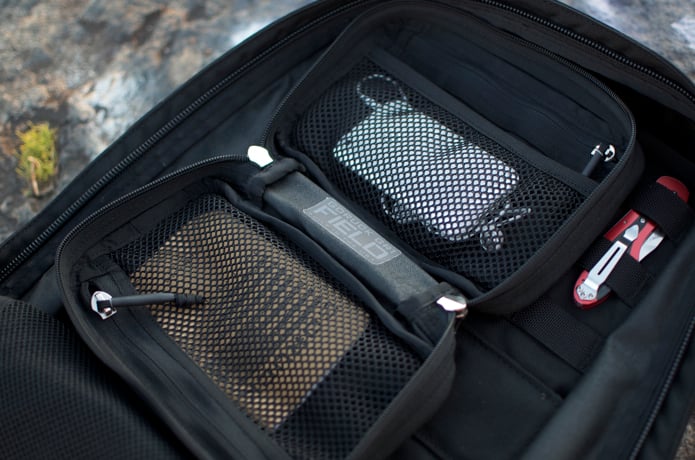 GR1 Field opened within the top of GR1. This system allows for even more compartmentalization — and everything you put in there is easily accessible, and even more organized.