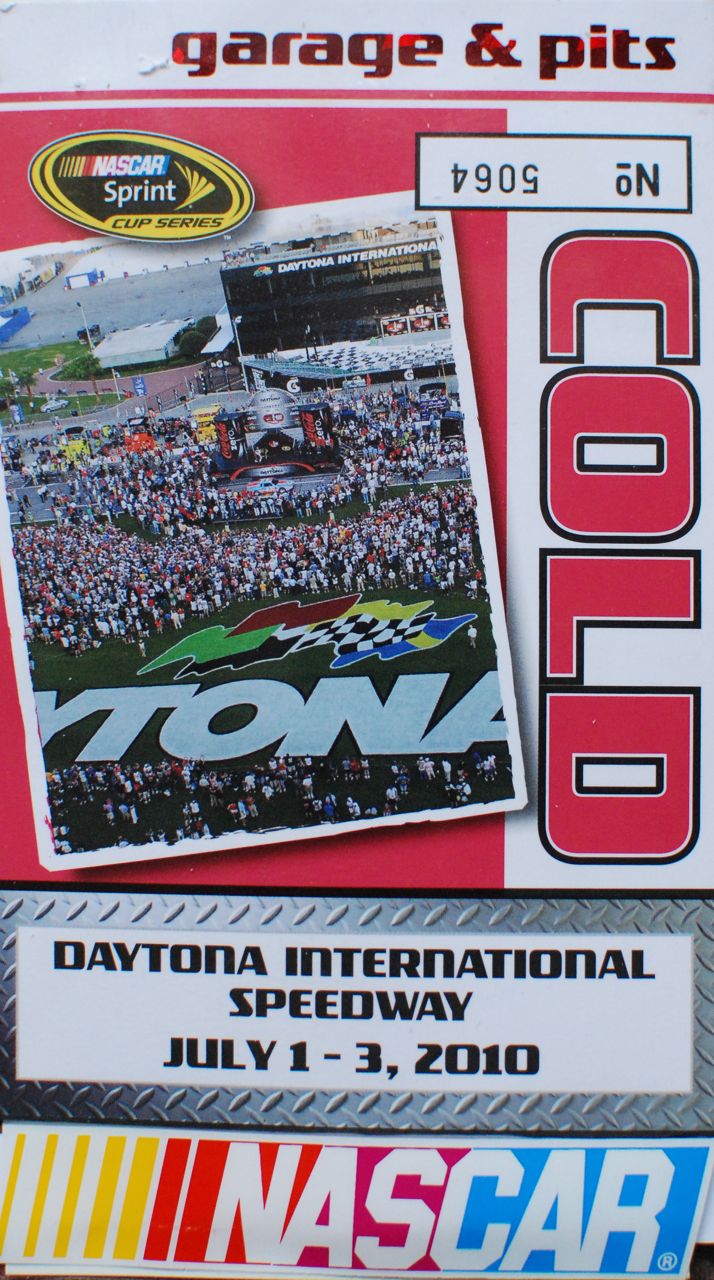 Rain doesn’t bother us, but we hoped for dry skies into the night for safe racing (that isn’t canceled). We snuck around the pits (in shorts, apparently a no-no that can get you kicked out), talked to some of the crew, and checked out the start line, which was way steeper than we could believe and welcomes fan signatures and pictures. Hootie (errr, Darius Rucker) played just before the flyover, which meant the night race would begin shortly. Daytona night race + NASCAR speed is a blast. 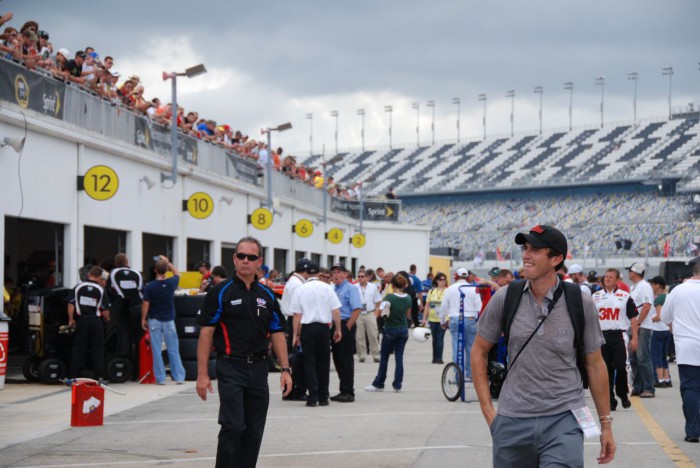 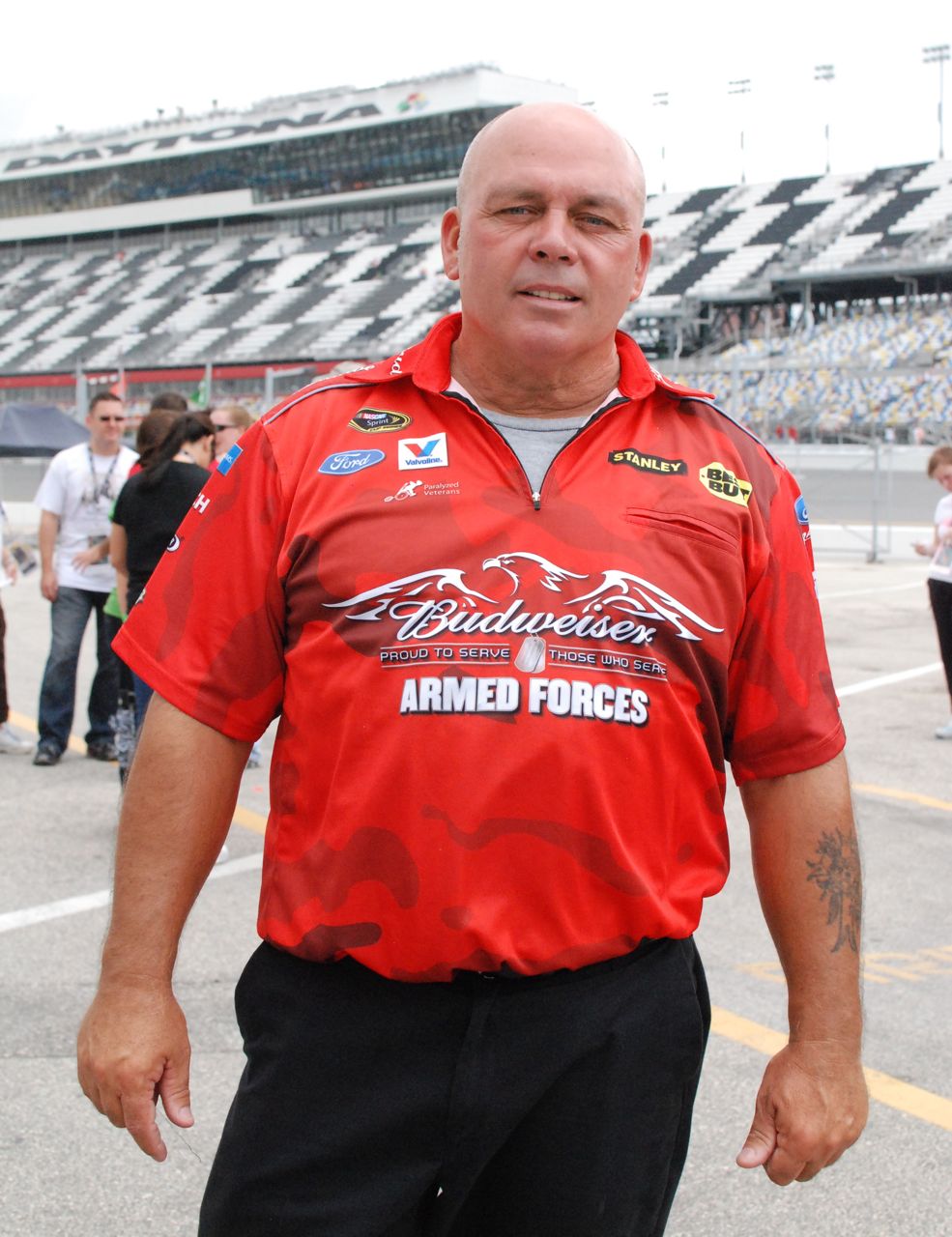 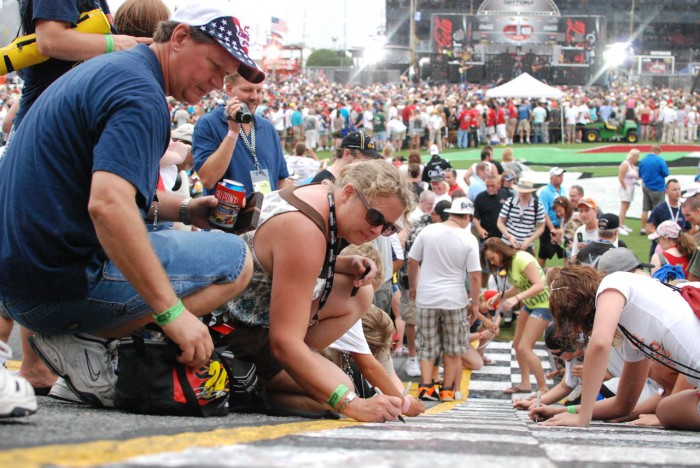 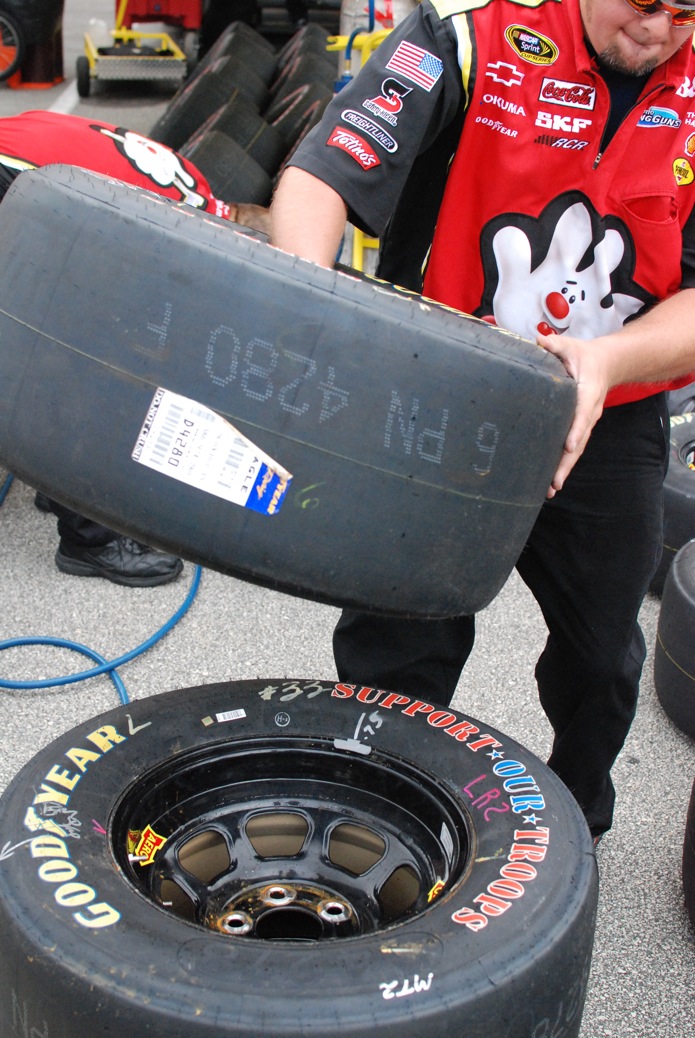 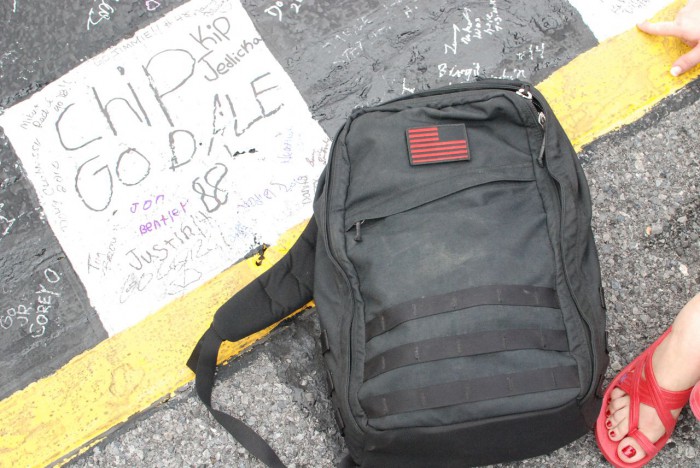 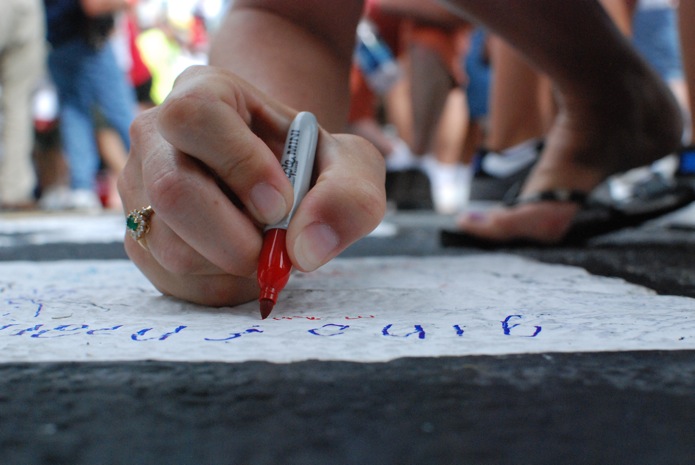 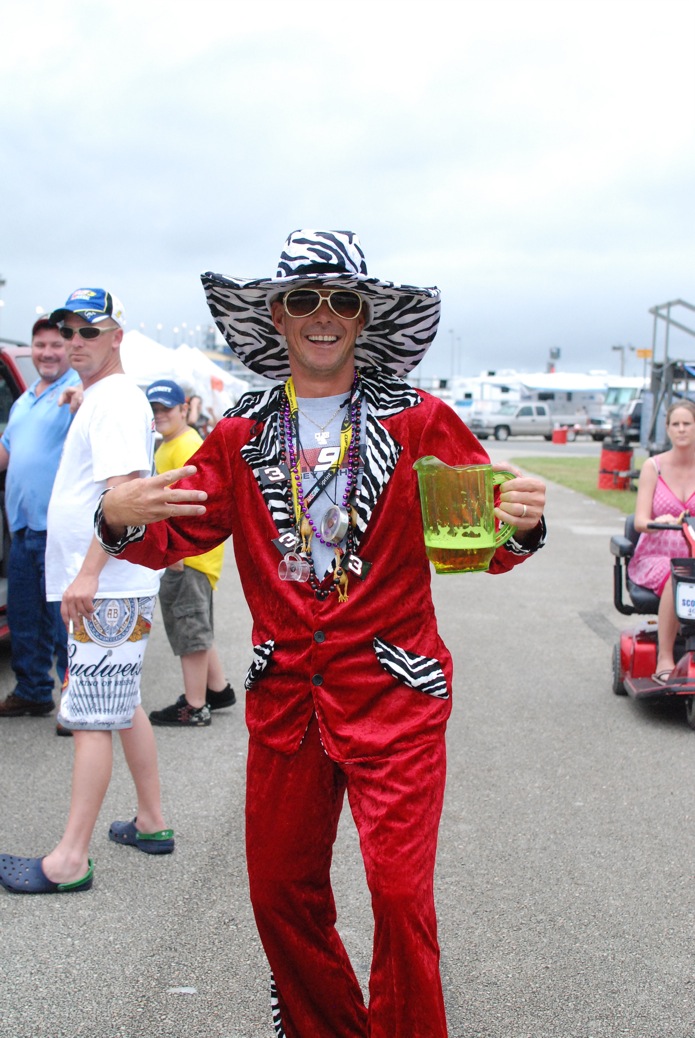 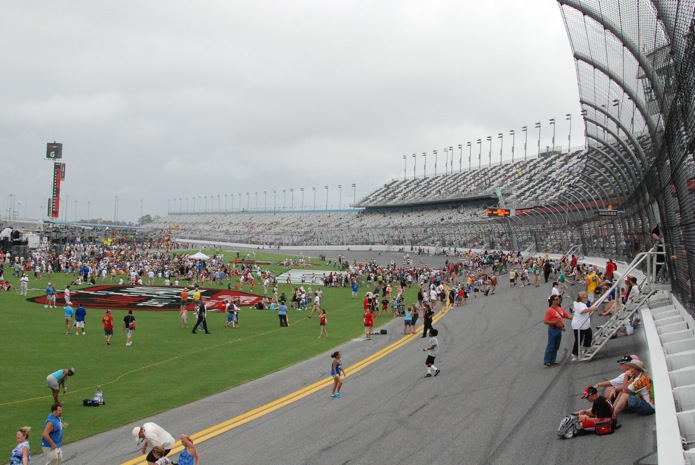 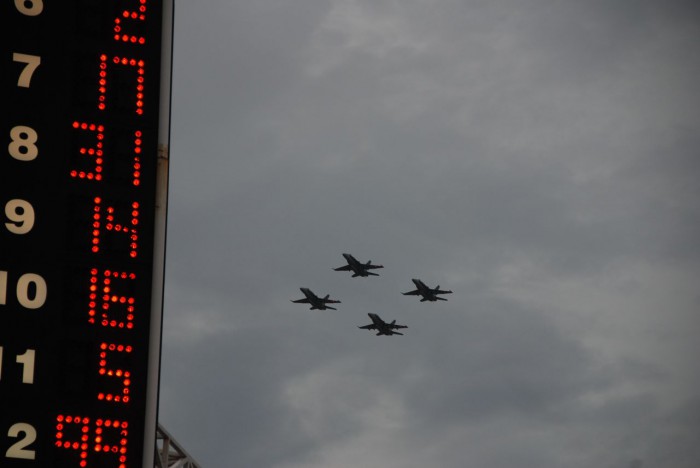 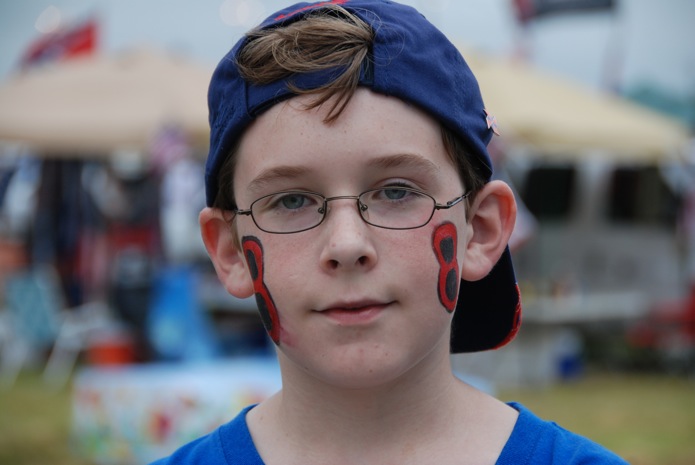 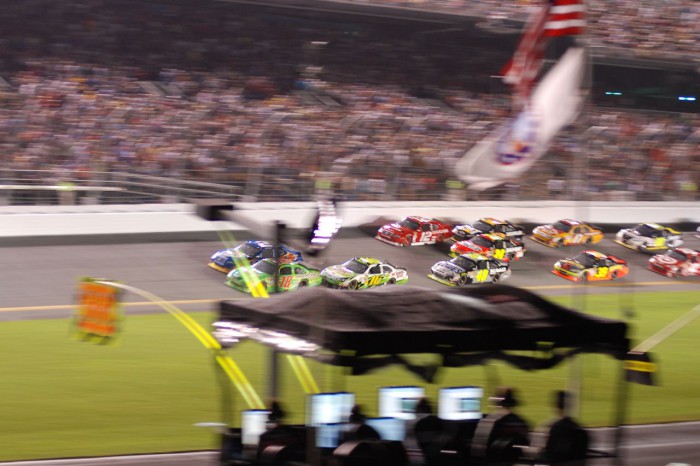