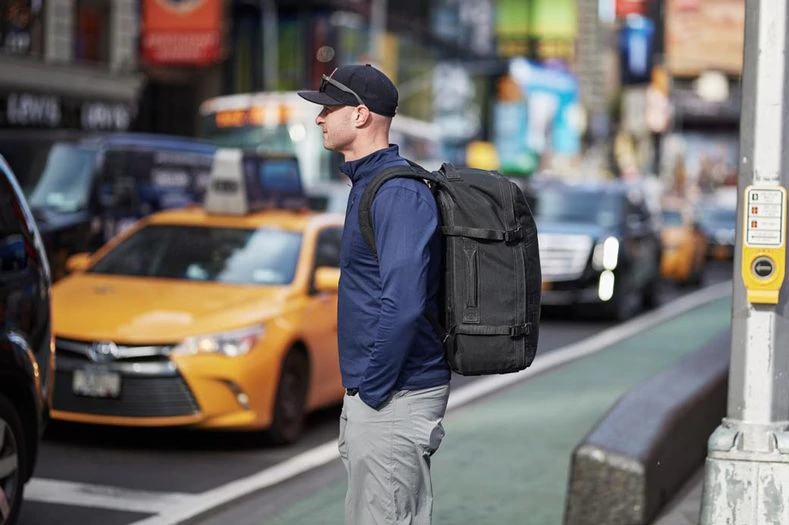 The goal was pretty simple, as goals are. Build a travel ruck that would thrive in Baghdad, NYC, and the mountains of Afghanistan. Or any mountains for that matter.

And four plus years later of working toward that simple goal, rucking the world over a couple times and back, GR3 was finally ready.

There were two main guiding principles in the design process:

Foundational to all of that is the conclusion that we came to that we needed to build anything new at all. GR2 is a great ruck for travel, I’ve rucked to the summit of several 14-ers in Colorado with mine (sans hip belt and what’s the world coming to??), and you can travel the world over with it. So why even build GR3? 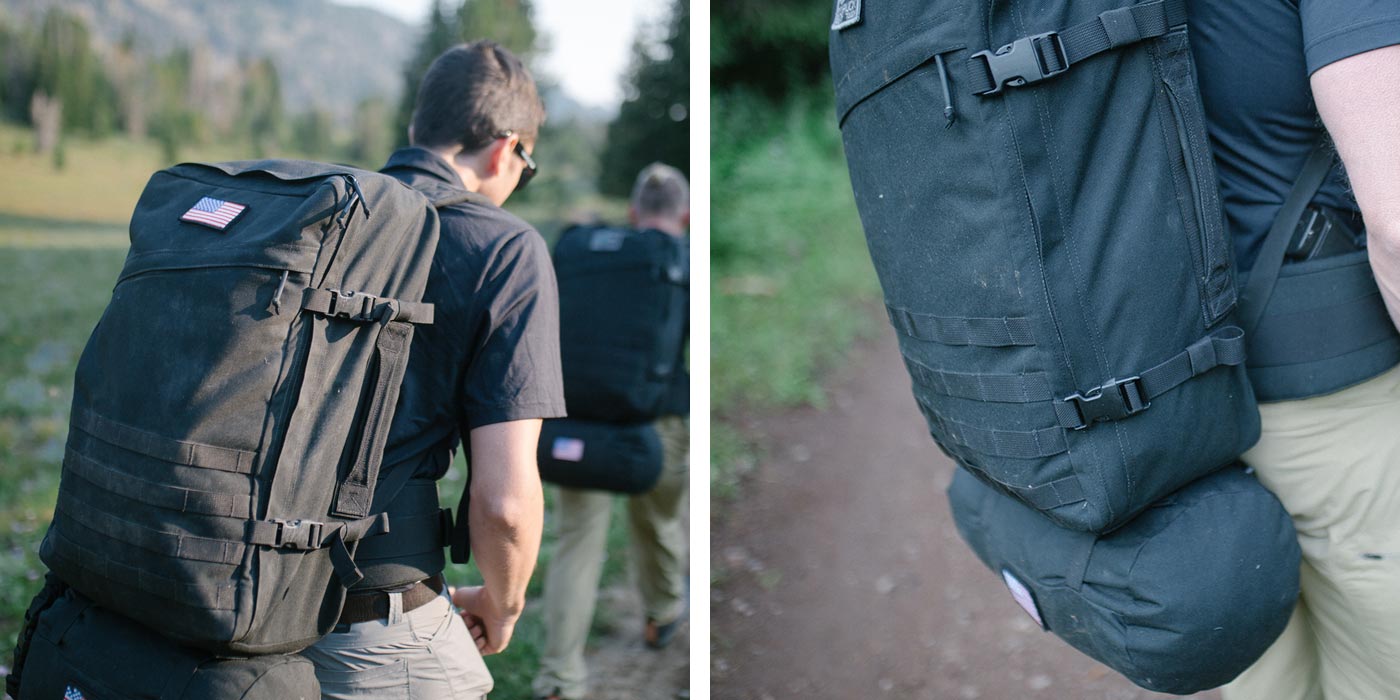 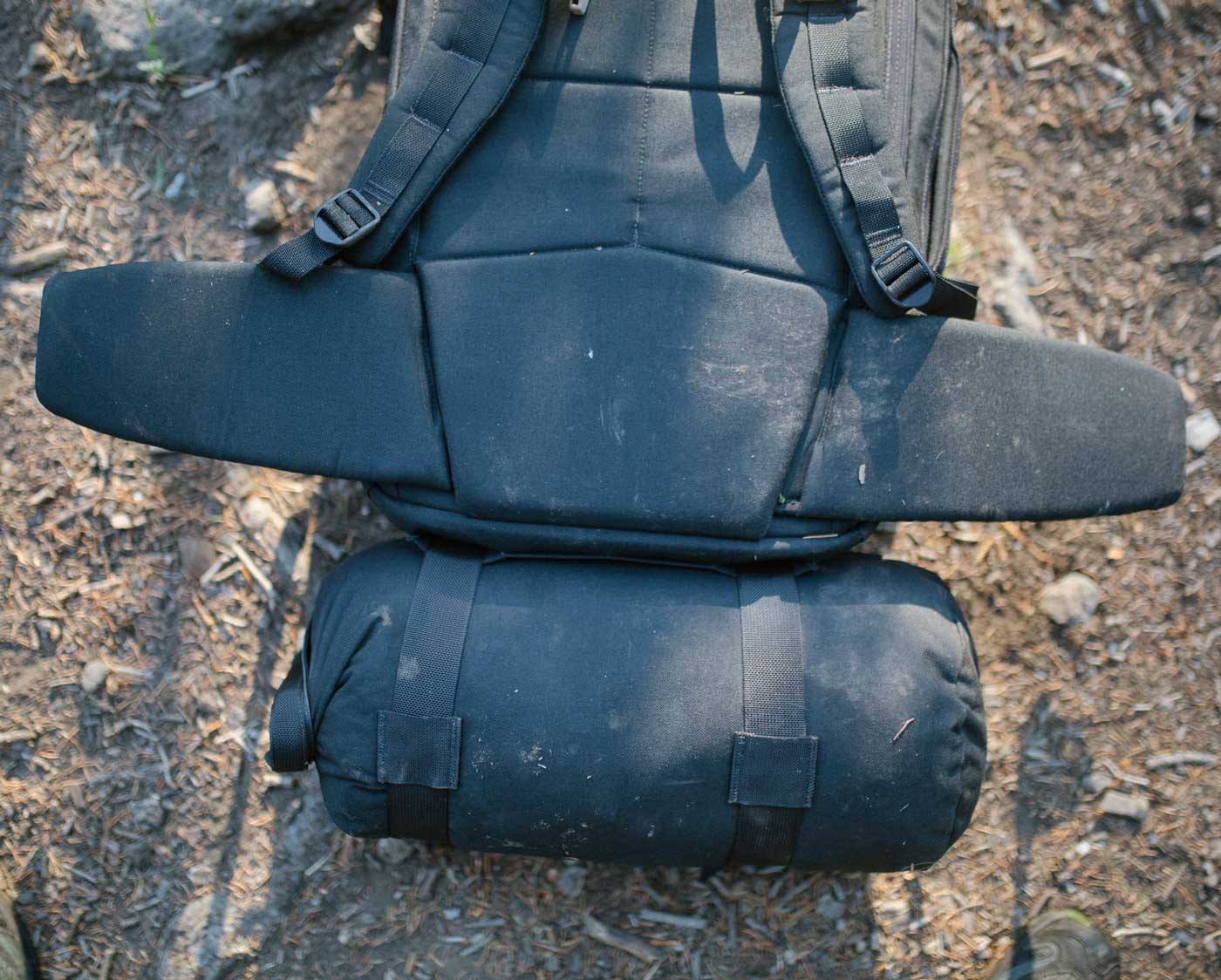 Less is more, more is lazy — we apply this thinking to the features we build into the rucks. This runs counter to most companies out there in that we’re selling our gear on a lack of features.

There’s less that can go wrong that way, what you do have just works, and it looks better. For instance, I cringe a little bit at the thought of a hole in a backpack for a set of headphones to pass through – so you can what?, have your walkman in the bag and be hands free? What happens when you set the bag down but you forget that you’re “connected”? Nothing good, and you have a permanent hole in your bag and hundreds of millions of backpacks have been sold like that. It’s terrible. But in this case, really beefing up the hip carry is a significant departure from the GR2 or any of our rucks to date. So we had to design GR3 with that end state in mind. While we kept a lot of the signature items from GR1 and GR2, this was not simply a process to make it a little bigger and remove an internal compartment. Everything had to be redone, then tested, then redone again, and you get the point.

Per norm at the intersection of the military and civilian worlds, there we are. Baghdad/NYC. 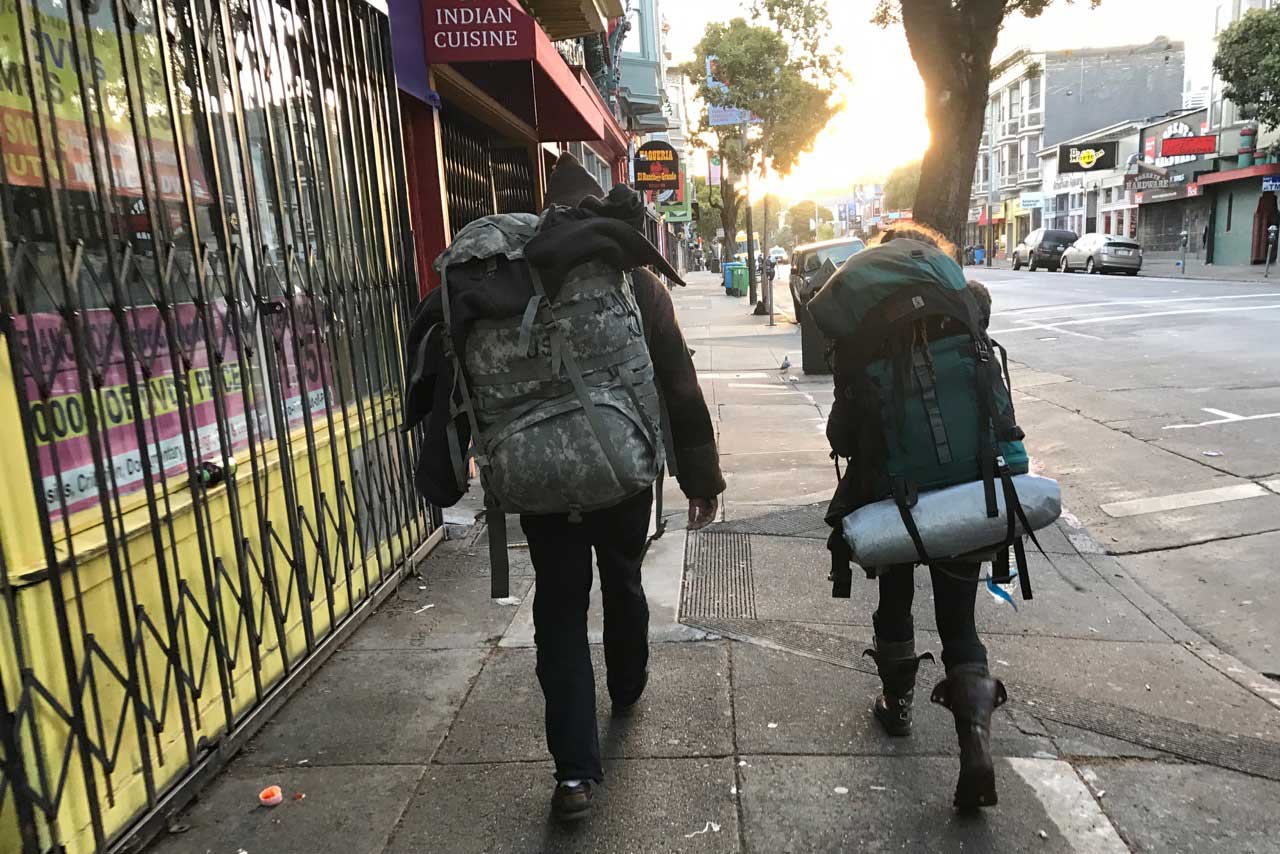 I was staying with some dear friends (hey Francesca!) in San Francisco and I woke up really early to introduce my friend jetlag to my other friend coffee and I saw a motley pair walking around. One had a military pack on, the other a civilian. Both packs were gypsy camps and completely out of place. And in this part of town, rucks aside the wearers looked right at home.

There are lots of hiking packs out there. Straps all over the place, usually magenta or lime green or some sort of pastel. They’ll treat you just fine on a mountain, but the second you’re in a city they’re way out of place.

Or military/hunting rucks. They’re designed for very heavy loads, and work great in the backcountry, or in the mountains of Afghanistan, but when you use them anywhere else, they’re big and clunky, also with straps everywhere and out of place in new and unique ways.

Say hello to my Haight-Ashbury friends. 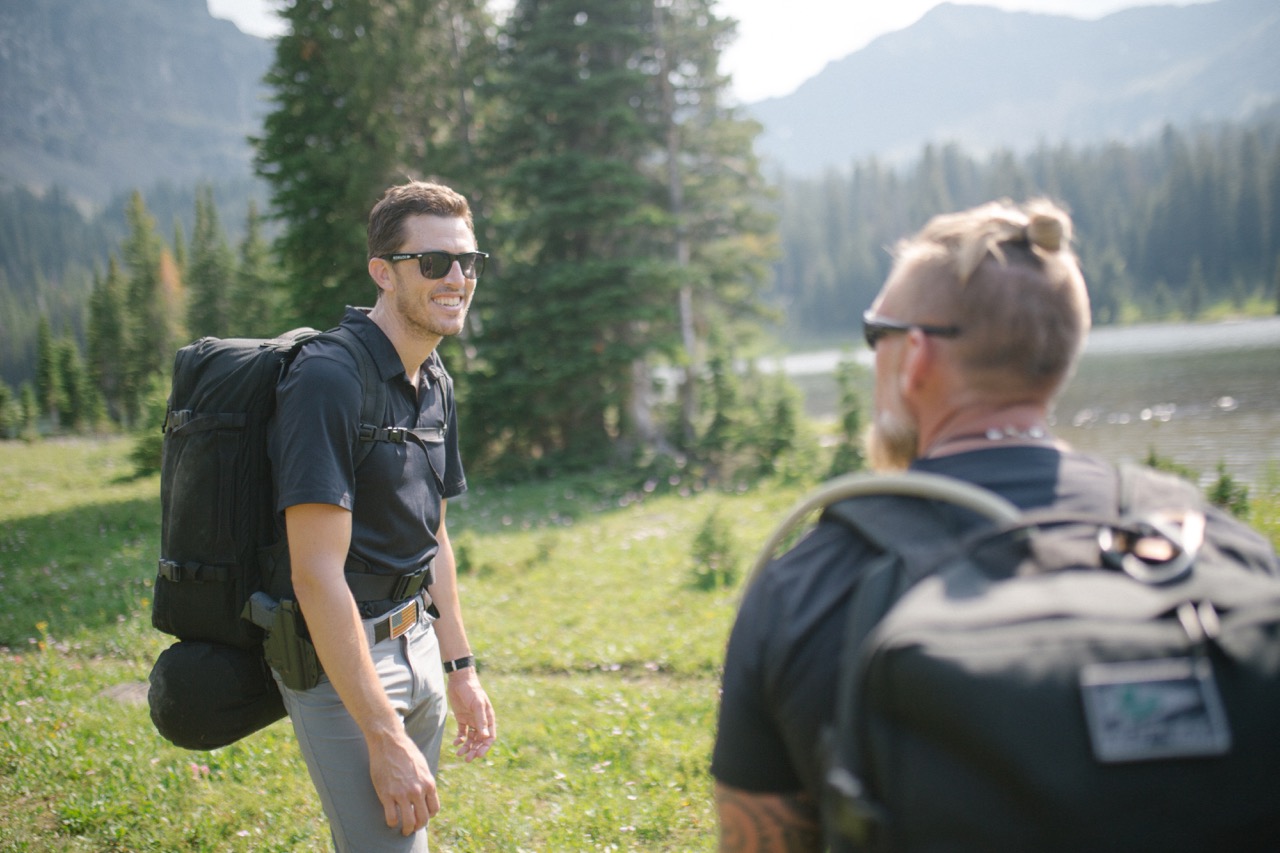 In the design process, the most testing happened on the trails, with the padded hip belt in place. This took years and miles of not having it right before eventually we got it right. The Velcro it uses to attach behind the bottom of the back panel keeps it in place when you want it on, but it’s easy enough to remove and stick under the elastic retention straps at the bottom of the interior of the ruck when you don’t. Out of sight.

Bring all the sausage and all the beer. 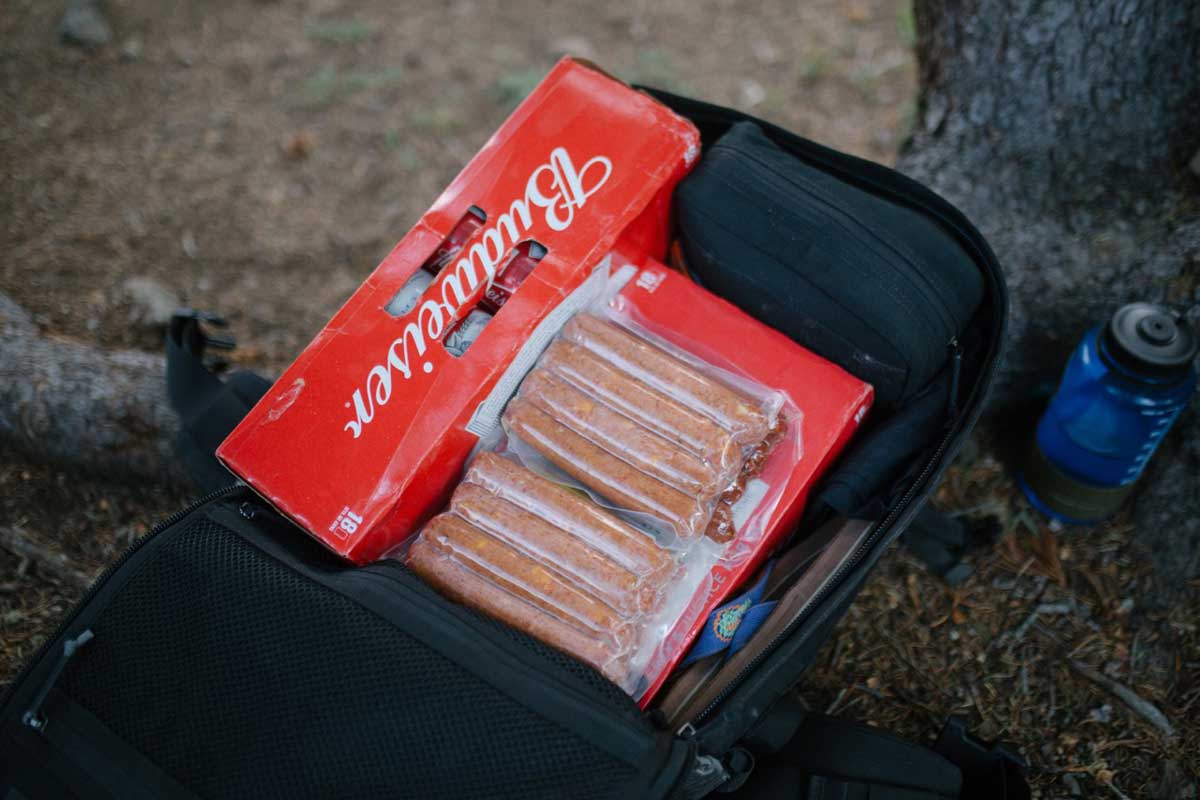 Some will say GR3 at 5 lbs. is too heavy to hike. Two things to that: (1) We’re not talking about hiking Mount Everest here, keep it simple stupid (KISS) and use the same ruck you travel with to hike with. More experiences fewer things and life gets simpler like that. (2) Bring all the sausage and all the beer. Yes they weigh real pounds and yes they’re worth it, too. If a couple pounds is a problem, train a little harder with a ruck on your back and get tougher. It makes hiking and life more fun. 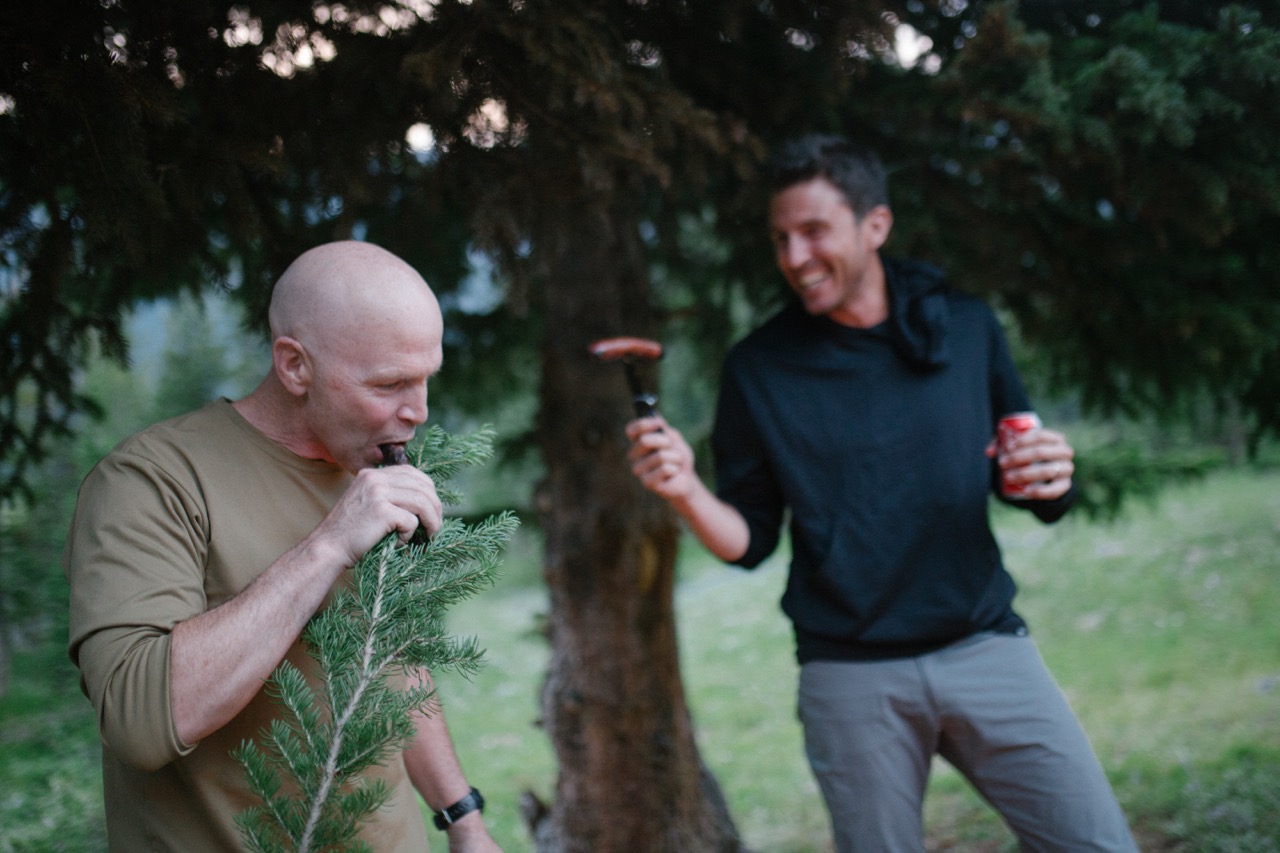 If you’re new to the whole rucking thing, we’ll carry all the good stuff up your first time. It’s on you to find a fork, though. Love you, Paul.

We’re comfortable in that intersection of the worlds, where you fly to a town and check into a hotel and walk around town and grab a burger and a beer and the next morning you drive to a trailhead and you ruck up the mountain and camp out at the top with all the sausage and all the beers and you have one ruck to do it all. 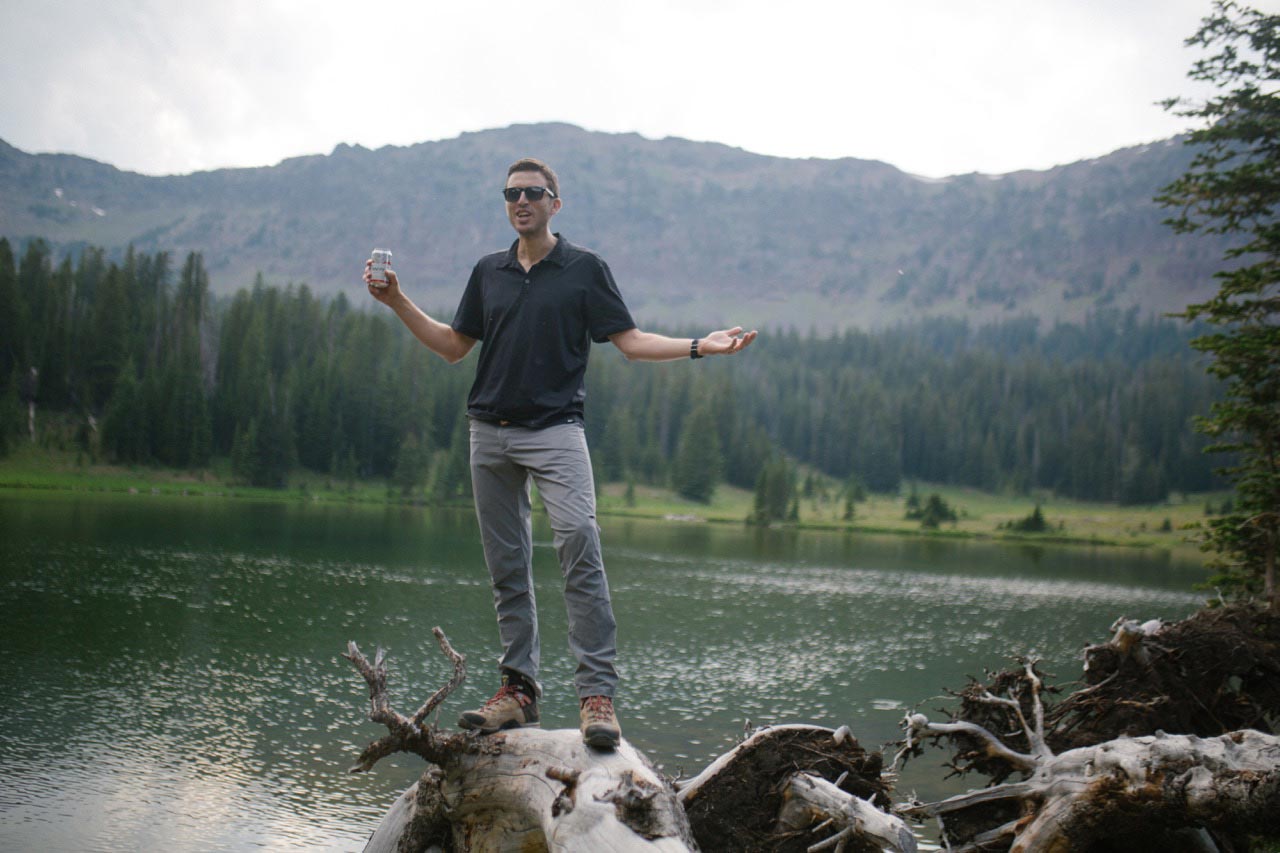 Other features and stuff: 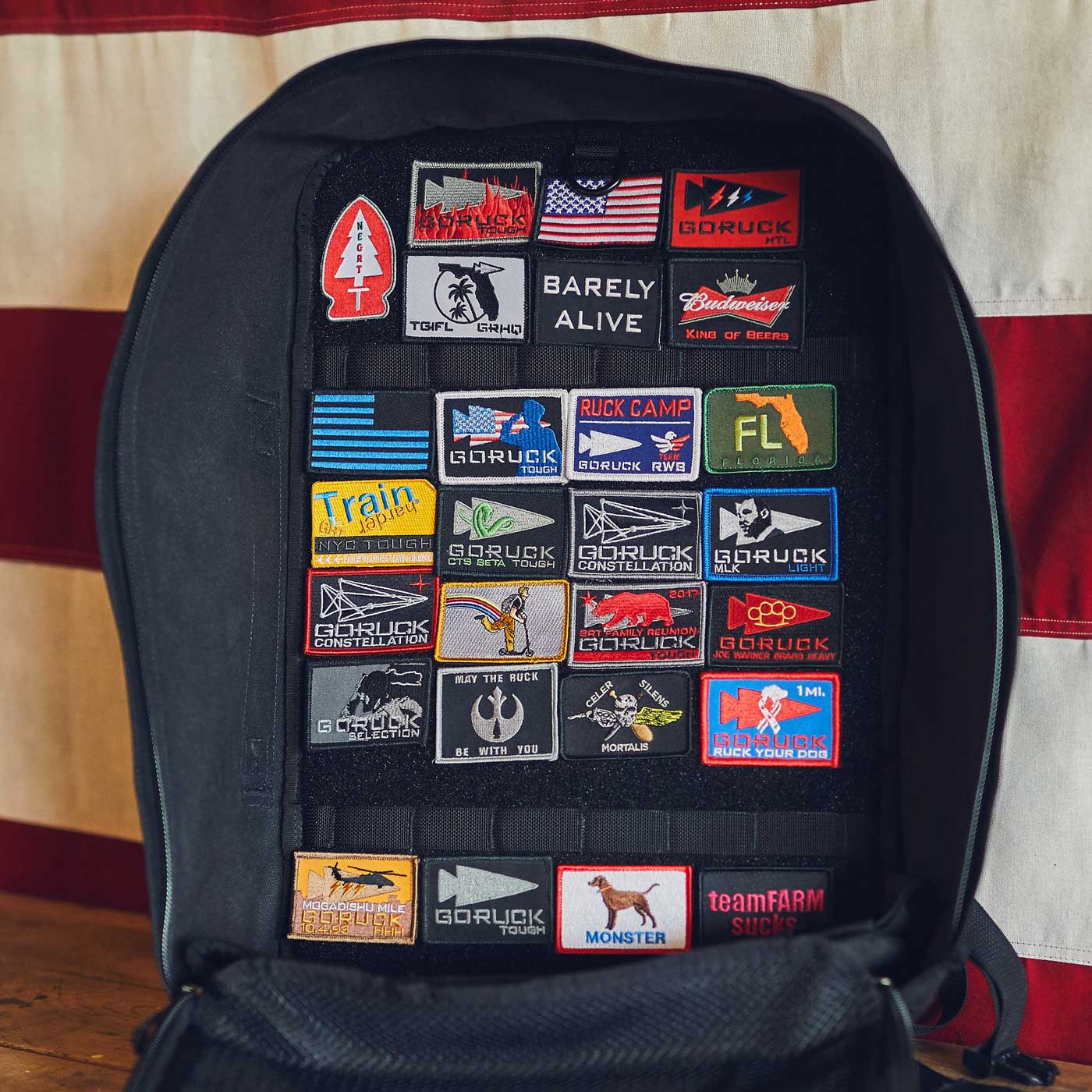 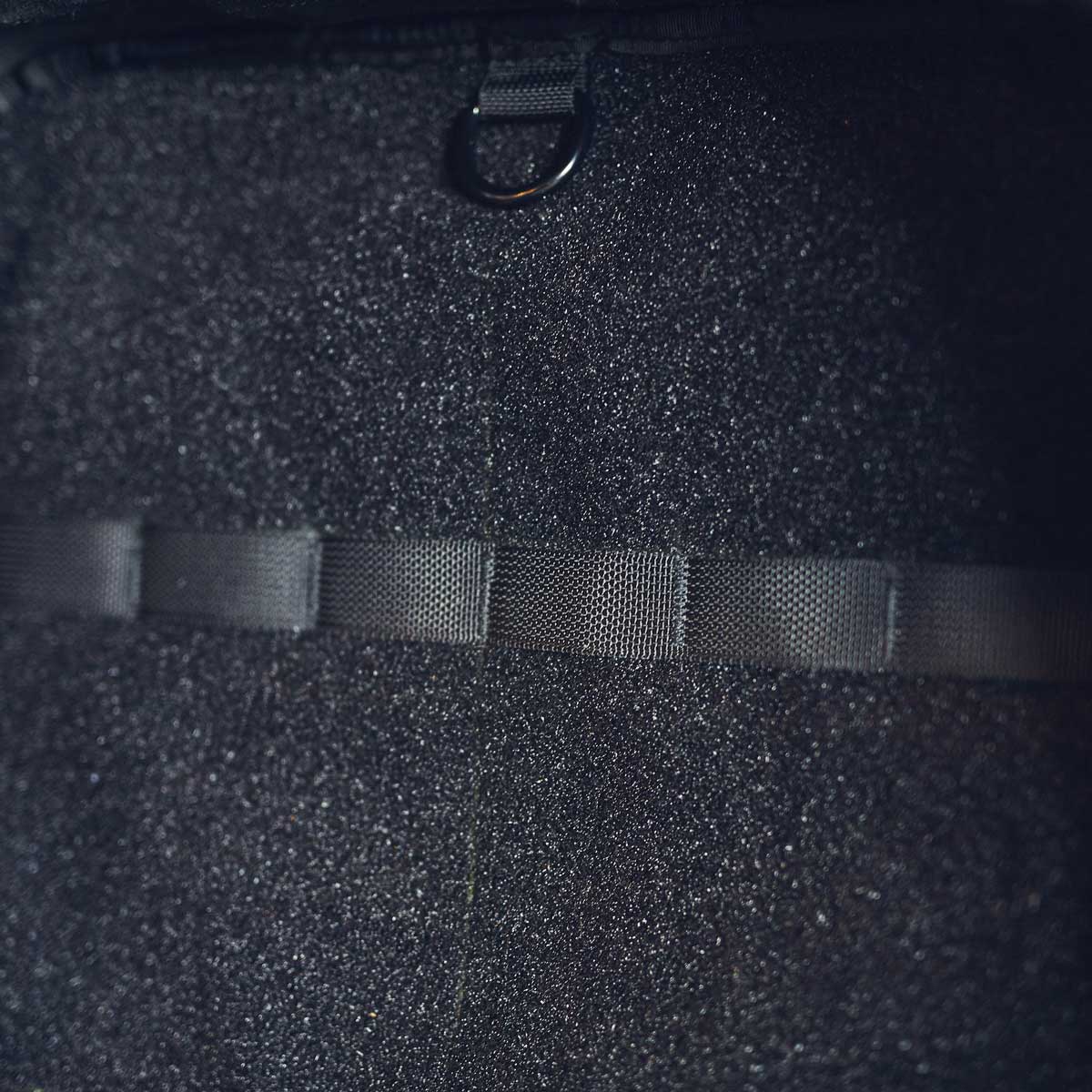 The interior. It was too big to keep our standard configuration, so we lined it with Velcro loops, which you can organize with accessory pockets, fill up with patches, or leave empty. Make it yours. Expect more options to do so in the coming years, which will dovetail with our “Shooter Rucks”, which also have a Velcro lined interior. The two rows of built in MOLLE webbing come in handy for things like padlocks, pens, carabiners, stuff like that. 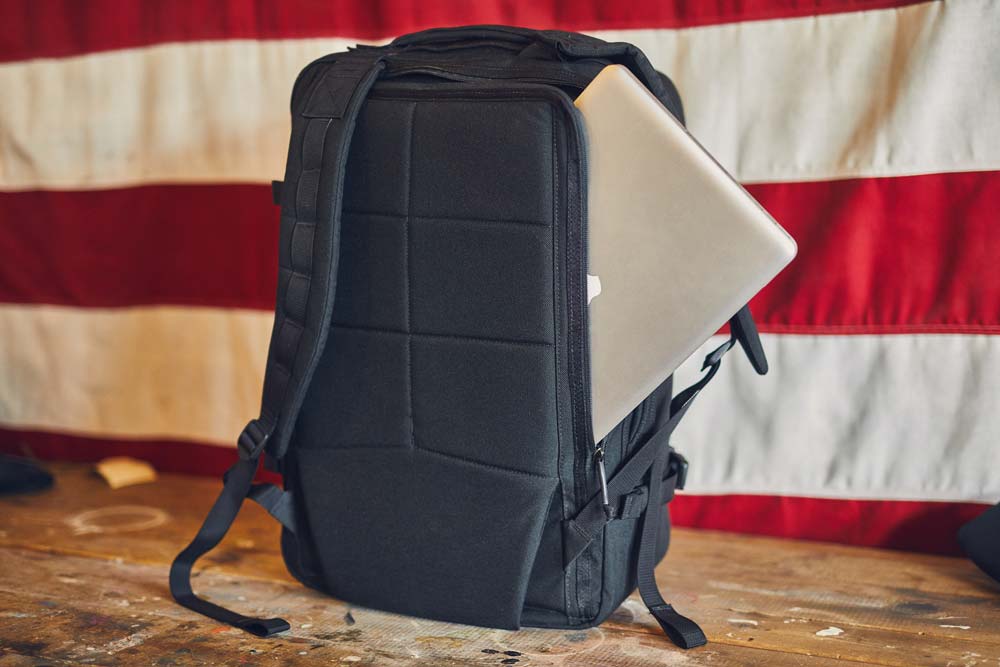 The laptop compartment next to your back. It’s big, with plenty of room. Pro tip: put your laptop cord at the bottom of the compartment and your laptop on top of it. Sure, the bottom is padded, but this kills two birds with one stone. It’s a built in place for you to store your cord, and it elevates your laptop a little bit more. While traveling on your around the world journey, bring a dry bag to put it in in case you have to do a couple river crossings or something.

I’ve heard that’s a thing on the trek to the Lost City in Colombia, I’ll keep ya posted.

So who’s it for? We already build a GR2 that is a great travel ruck. It has pockets everywhere, perfect for lots of electronics and lots of organization. GR3 is wide open on the interior. If you have bigger items like a sleeping bag or boots that you want to travel with, then want to ruck up a mountain, or if you simply prefer a built in padded hip belt for your carry, GR3 is a better choice. It’s big and tough and when you get there, make the most of it. 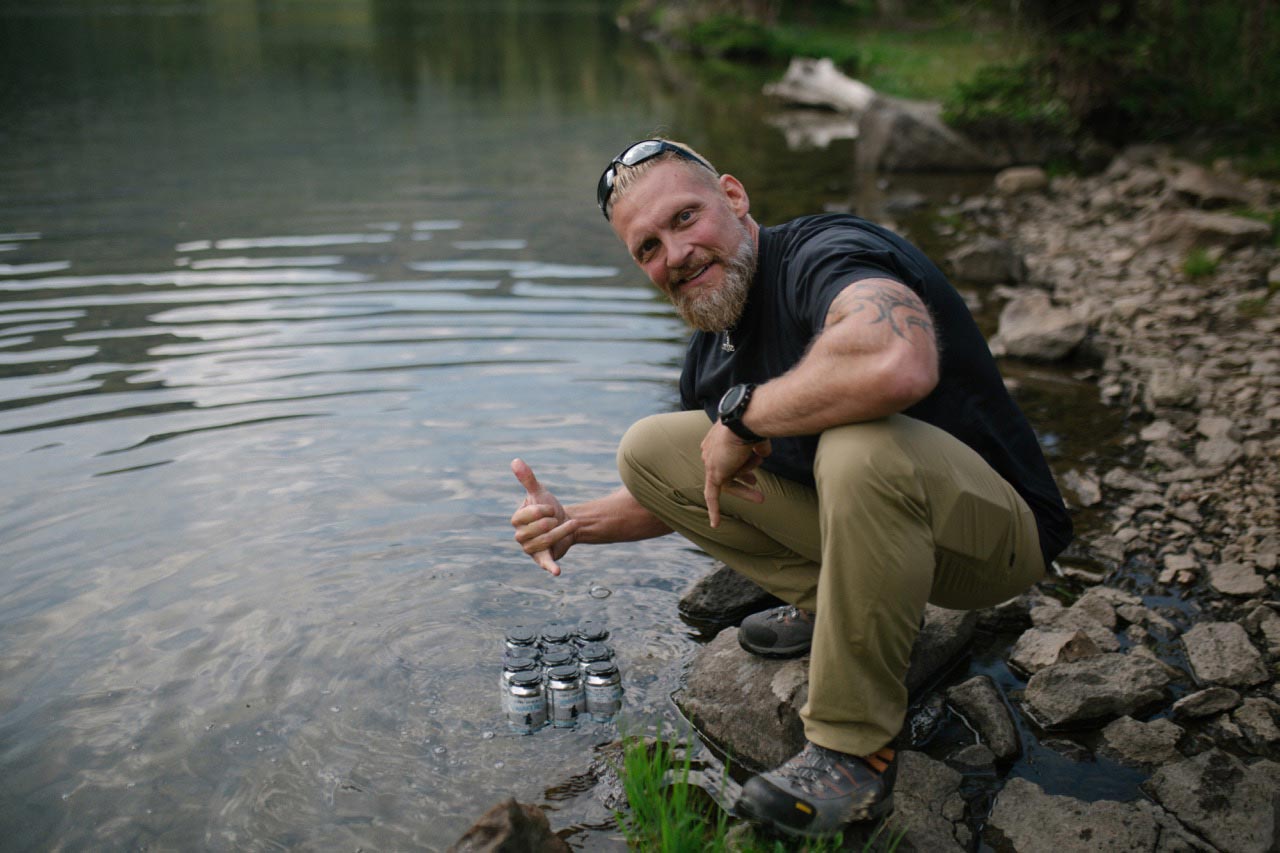 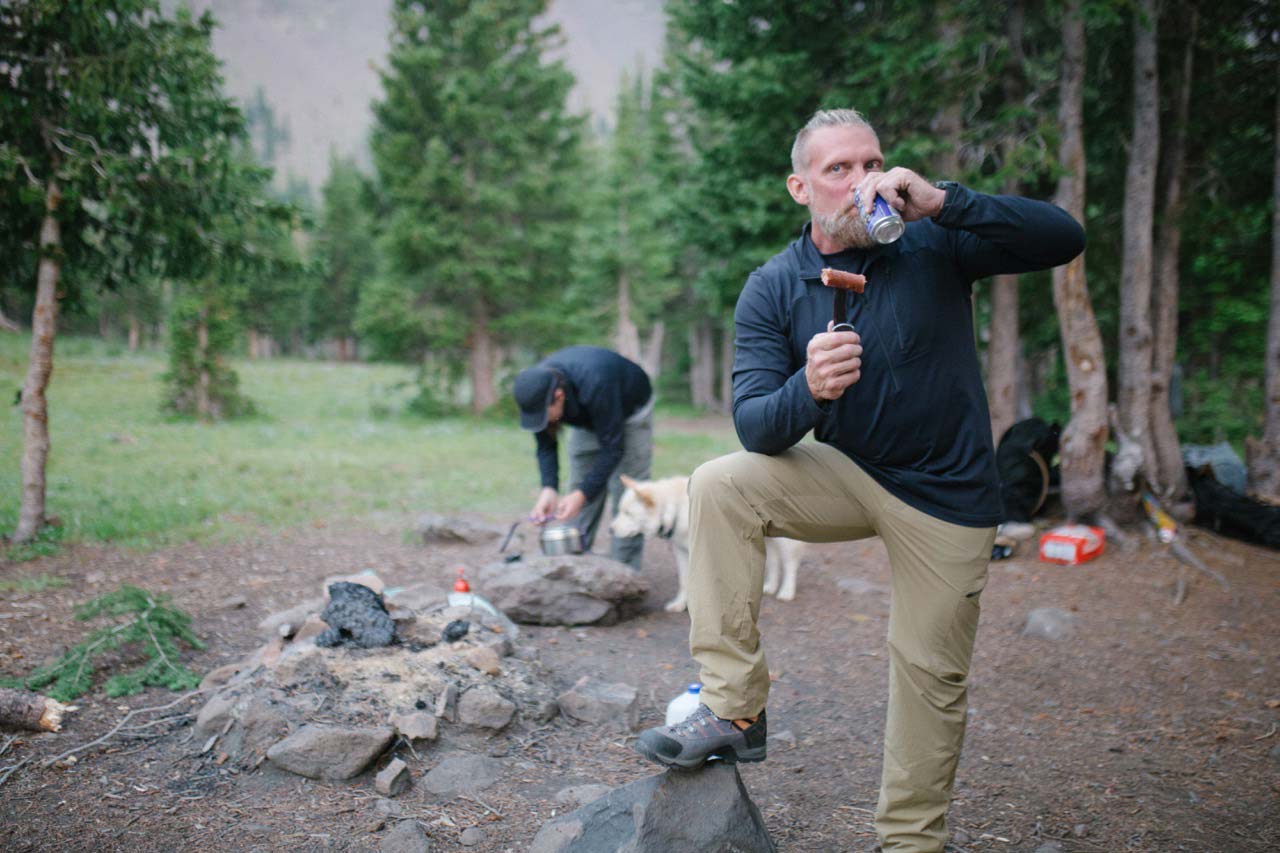