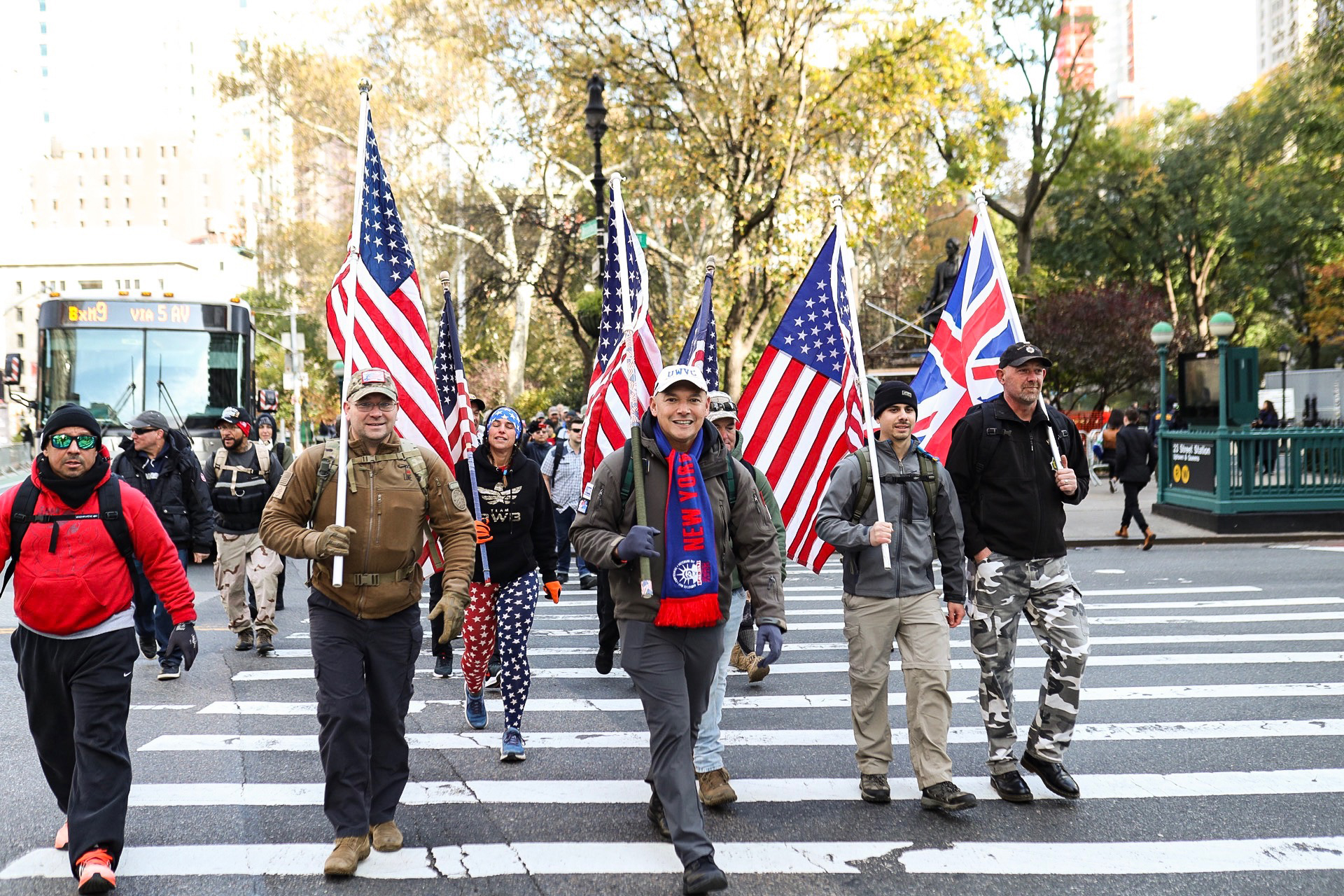 With flag bearers leading the way, about a hundred veterans and supporters gave thanks to those who served in an honor ruck.

“Rucking is carrying weight over distance, when you do it as a group, that’s social fitness,” said Mark Otto, Executive Director of the United War Veterans Council and a former Marine.

It’s a new sport that draws inspiration from the military rucksack.

“When you’re a veteran you learn what a ruck sack is, it’s like your home. It’s where you carry everything you need on your back,” said Jason McCarthy, Founder of GORUCK.

The event allowed for a chance to get veterans and civilians together ahead of the Veterans Day parade Monday, while also stopping by the city’s war memorials of each generation.

Read the full story and watch the video from Spectrum News.